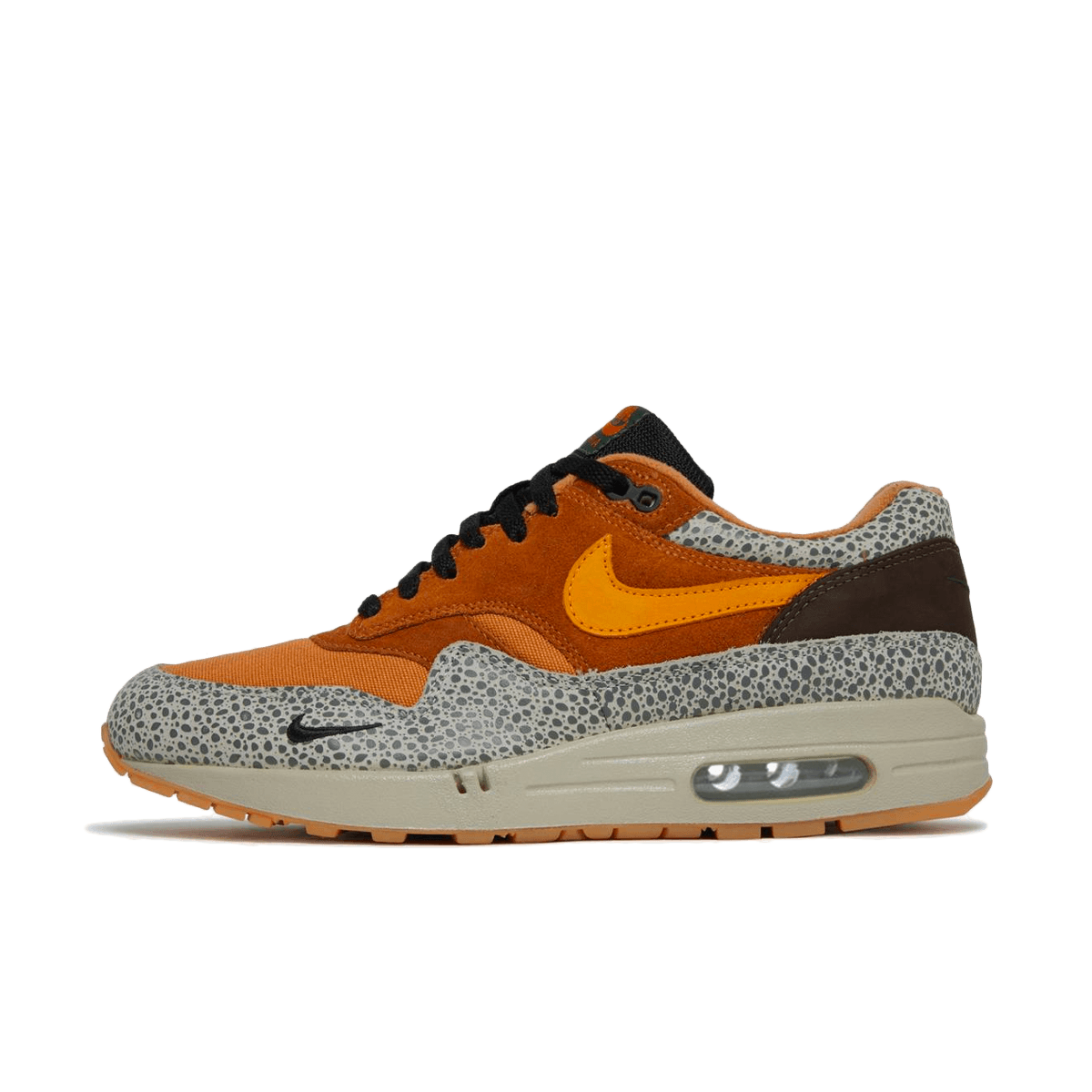 In 2002, Nike commissioned Japanese retailer Atmos to design an Air Max 1 that would celebrate the 15th anniversary of the Air Max silhouette. The result was this Air Max 1 B 'Atmos Safari', inspired by the Air Safari, also from 1987 like the Air Max 1 and also designed by Tinker Hatfield.

The signature Safari print comes back on the mudguard and ankle collar. The toebox is made of canvas and suede. The heel is made of nubuck and notable is the single embroidered Swoosh on the heel. In addition, a single Swoosh can also be found on the forefoot, better known as a mini Swoosh.

In 2016, this Air Max 1 received a re-issue with a number of changes compared to the original. For example, the toebox featured a furry suede and the outsole was kept transparent. The Air Max 1 B 'Atmos Safari' is regarded by many Air Max 1 lovers as one of the best Air Max 1 releases ever. The Air Max 1 'Cobblestone' announced in 2022 also seems to be partially inspired by this classic.