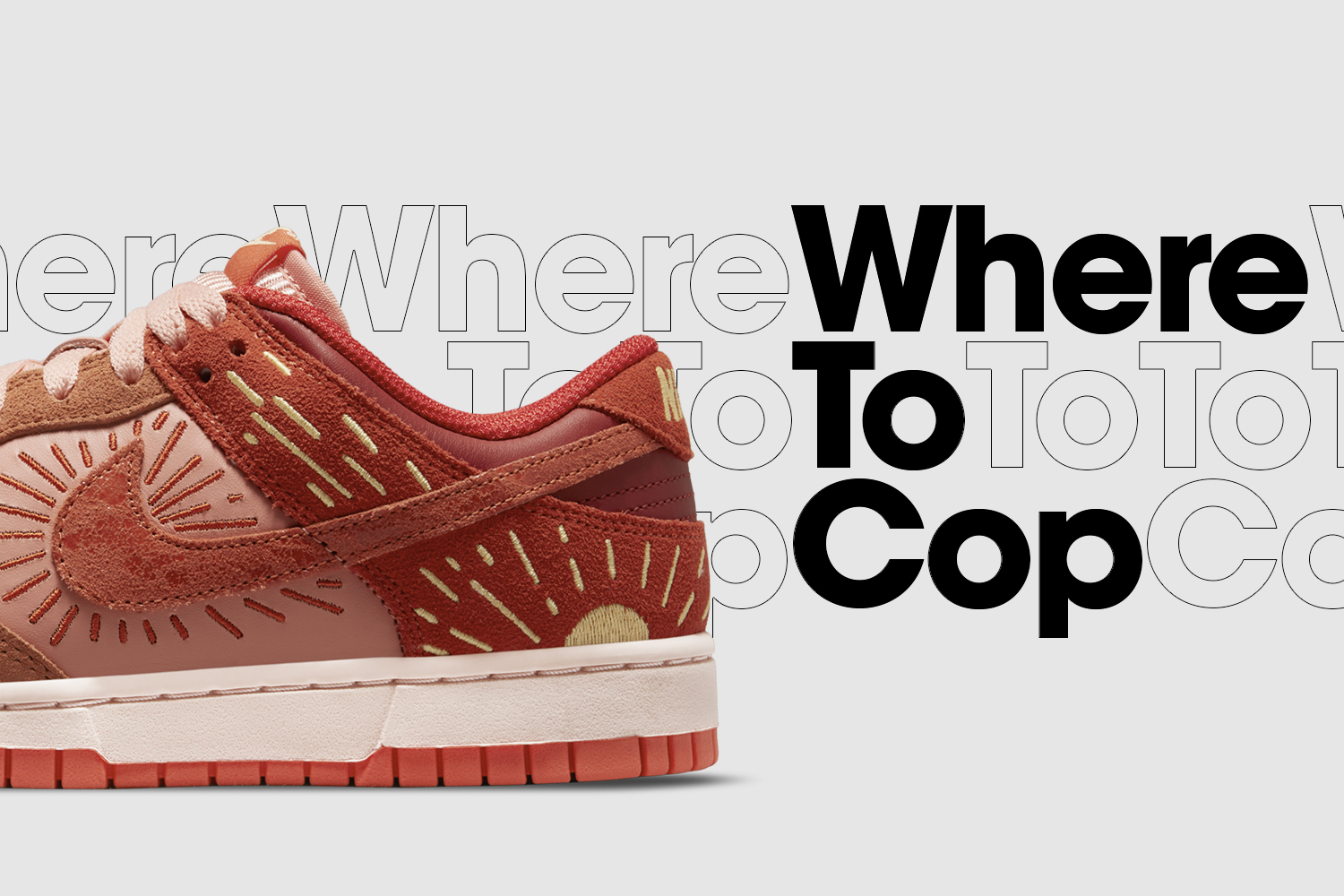 Nike ends the year well with the Dunk Low NH 'Winter Solstice'. The model belongs to Nike's Women's Exclusives and takes its inspiration from the winter solstice that takes place every year. The trainer will be available from 16 December 2021 at various shops. We have listed all the outlets for you.

The 'Winter Solstice' is inspired by the shortest day of the year, also known as the winter solstice. It takes place on Tuesday 21 December at 15:59. During the winter solstice, the sun reaches its southernmost position from the earth and the start of the winter season. The day is celebrated in many cultures in the northern hemisphere and for this purpose Nike releases a Dunk Low NH.

The Swoosh is placed on the middle panel and the striped pattern is also found here. The insoles are also set in red. On these, the Nike logo is printed, along with the date and exact time of the winter solstice.

Where to cop the Nike Dunk Low NH 'Winter Solstice'?

The Dunk will be available from 16 December 2021 at different stores. Below we have made an overview of the shops where you can score the pair. Be quick, because the kicks will be online at 09:00 sharp. Click on the shops below to view the release.

In addition, the shoe will also be released via various raffles. These are already open at a number of shops. To increase your chances of scoring, it is also useful to sign up for several raffles. Click on the shops below and register for the raffles.

Haven't been able to score the shoe? No problem at all! Don't forget that the pair can also be found at marketplaces like StockX and Ebay.

With the button below you can find a complete overview of the Nike Dunk Low NH 'Winter Solstice' and all sales outlets. The sneaker will be released on 16 December 2021 at 09:00. We wish you the best of luck!