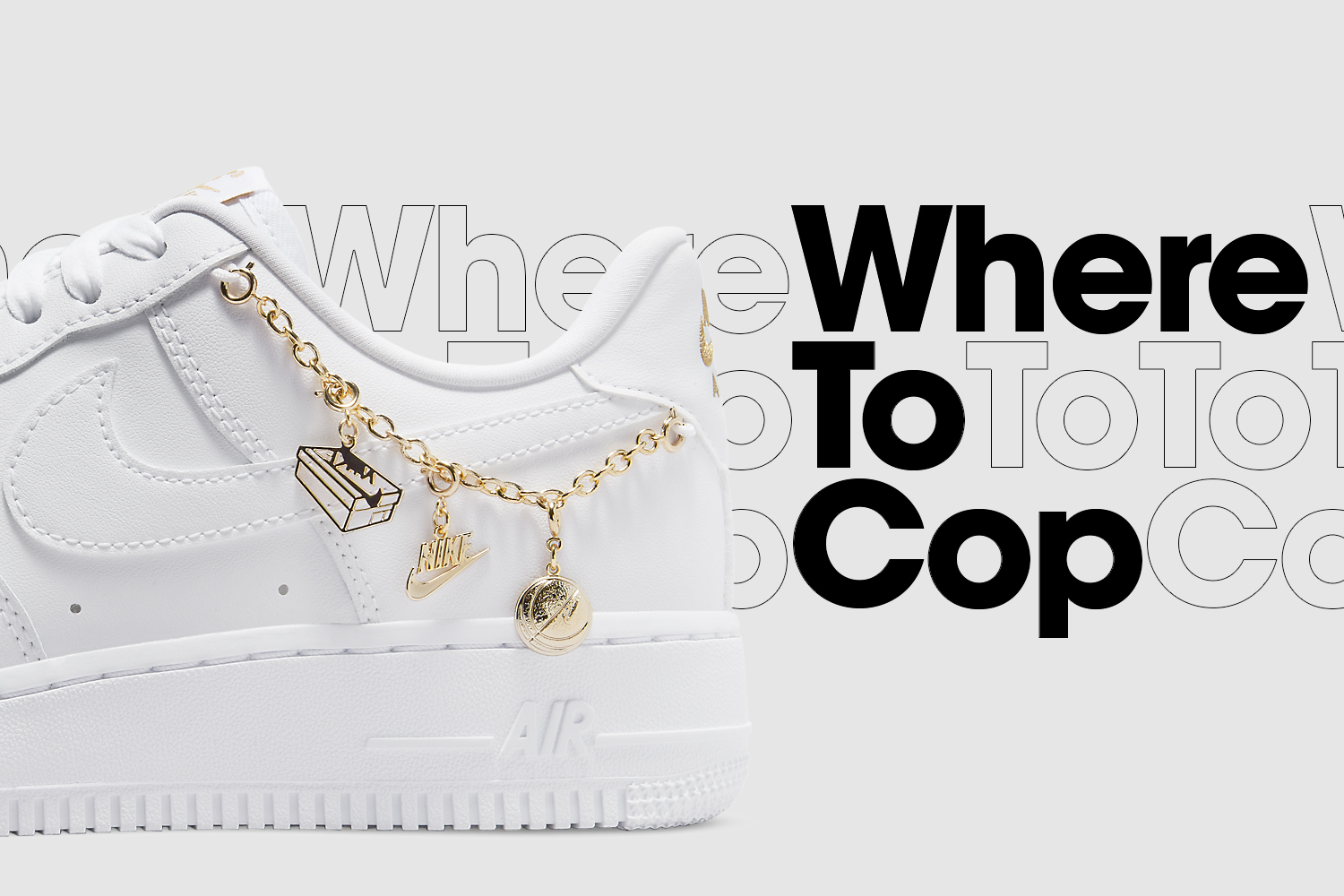 The Air Force 1 '07 LX 'Lucky Charms' will be released on Thursday, November 11, 2021. The sneaker was already released on 5 November 2021 during the Nike Members Day week for the members of the Swoosh family. Now the kicks are released again and we have made a list of shops where you can score this pair.

The classic Air Force 1 model first appeared in 1982 and was launched as a basketball shoe. The model has received a lot of colorways over the years and has also been featured in various collaborations. Now, the Air Force 1 comes in a 'Lucky Charm' variant.

The upcoming pair is completely white with the Nike logo stitched in gold on the tongue and heel. On the shoe is a gold chain from which several lucky charms hang. These come in the form of a shoe box, a basketball, a star, a swoosh and the Nike and Air Force logos.

The soles have also been given a white colour. The insoles share the same colour white and on them is printed an outline of the Swoosh in black.

This luxury Air Force was previously released during Nike's Members Day week. Back then, the pair was only available to Nike members.

Now the pairs will also be available at Overkill. The sneaker will be online from Thursday 11 November 2021 at 09:00 sharp.

It is also possible to score the 'Lucky Charms' at Footlocker. Here, the kicks will be available on the day of the release.

The Air Force 1 will also be available at Size? and will come online on the day of its release.

JD Sports is also on the list of shops. The pair will be released along with the stores above on Thursday, 11 November 2021.

At Snipes, the pair will not be released on Thursday, but on Wednesday, 10 November 2021. The kicks will be available from 09:00.

It is also possible to sign up for a raffle. This will increase your chance to score the pair. The raffles will take place at the Asphaltgold and END Clothing stores!

For a complete overview of the Nike Air Force 1 '07 LX 'Lucky Charms', click on the button below. We wish you good luck!