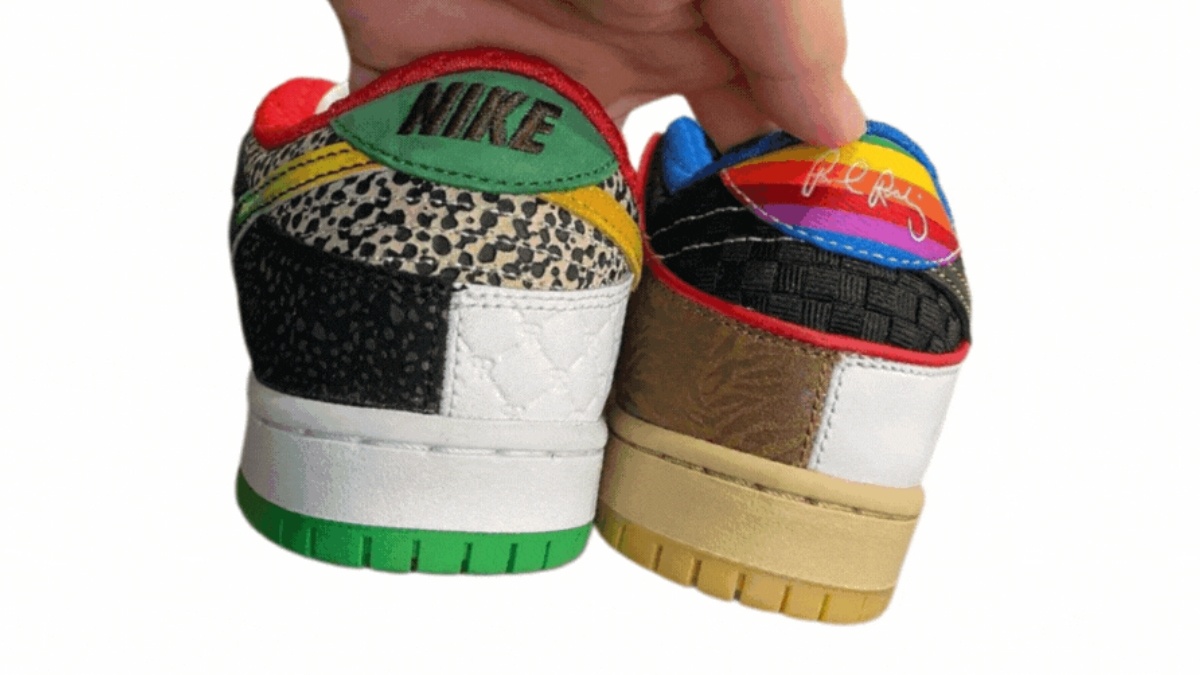 Nike SB has a new collab with pro skateboarder Paul Rodriguez. The new design seems to be a tribute to the many collaborations between the skateboarder and Nike SB. The design is not put on the P-rod model, but on the SB Dunk Low. Check out the colourful Nike SB Dunk Low 'What The P-rod' here.

Paul Rodriguez is a Mexican-American professional skater. During his growing popularity in the skateboard scene, he got a sponsorship with Nike. Over the years, P-Rod and Nike SB have had numerous collaborations. After Rodriguez released his model the P-ROD 8 in 2014, Nike told him that he was one of four Nike athletes to release eight signature models. The other athletes were basketball players: Michael Jordan, Kobe Bryant and LeBron James. In the video below, Rodriguez shows off some special shoes from his trainer collection.

When you look at the SB Dunk Low 'What The P-rod', you can see that the shoes contain many different patterns, materials and colours. They are even different for each shoe. It seems that the different parts of the shoes refer to previous collaborations between Nike SB and Rodriguez.

The right shoe features a striped design with floral details, reminiscent of traditional Mexican blankets. The gold trim around the laces is reminiscent of the 2020 SB Dunk High collab, which had a boxing theme that Rodriguez is a fan of. The left sole also seems to refer to this collab: the colours green, red and white were also used for the SB Dunk High. There is also an Elephant Print, probably referring to the 'J-Rods'.

There are many other details on the shoes. In any case, it is clear that Paul Rodriguez designed the shoes. On the tongue and heel are his signature. You can also see the PR logo on the inside of the shoe on the sole and on the white leather pattern on the left shoe.

Which patterns do you recognise from the previous collaborations of Paul Rodriguez and Nike SB? It remains to be seen when the eye-catching Nike SB Dunk Low 'What The P-rod' will be released, but probably in 2021. Keep an eye on the Sneakerjagers Release Calendar so you don't miss the date!