The new season of the Queens & Sneakers Show 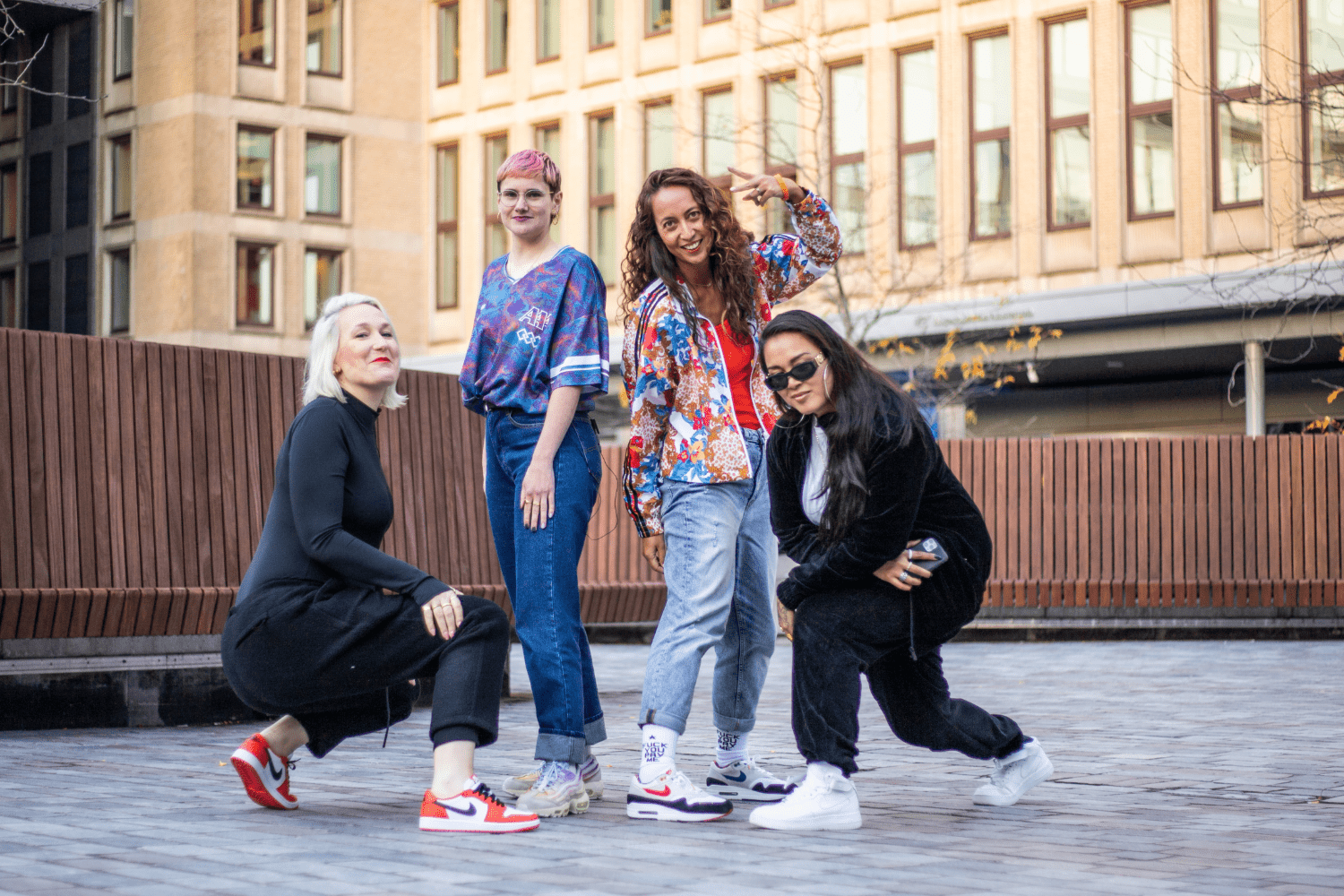 This week it's time for the newest season of our Queens & Sneakers Show. You can watch this podcast on the Sneakerjagers YouTube channel or listen to it via Spotify.

On Thursday 28 October at 8 pm, our hosts Carmen and Maartje will have two new guests. DJ Mixturess and Pay have been active in the music industry for a long time. Besides their love for music, the two women also share a love for sneakers. This episode is in English.

This week, we not only have new guests, but also a new location. The new season will be recorded at the Amsterdam University of Applied Sciences.

DJ Mixturess started her career in 2007 after attending a workshop on DJing. She has been playing the guitar since she was six, which enabled Mixturess to develop into an all-round musician and producer.

She has played with various bands such as Re-Freshed Orchestra and has been a DJ for MC Melodee, IamAisha and Adlicious.

Through the years, Mixturess has worked her way up as a respected HipHop and RnB DJ in the Netherlands. She has played sets at the Amsterdam Dance Event, North Sea Around Town, Rotterdam Unlimited and Solar Festival, among others.

Besides making and spinning music herself, Mixturess is also an entrepreneur. She started her own party concept called 'Plain Jane', where it's not about the image but about the music. She also owns her own music studio (@thelivingroom_studio) where she gives courses on producing and DJ'ing.

Pay has been active in the music and entertainment industry as a music journalist for over twenty years. With this job, she has interviewed many artists, DJs and producers such as Ice Cube, Nas, Ne-Yo, Rob Lewin and members of the Wu-Tang Clan. Other important figures in the industry such as Shanti Das (Silence The Shame), Rob Stone (The Fader) and Nicki Farag (Def Jam) have also shaken hands with Pay.

Pay's journalistic experience has led to her role as host, moderator and speaker for various international (music) festivals and conferences such as the Amsterdam Dance Event. This has also led to a position as a member of the Supervisory Board of De Melkweg, one of the most well-known venues in Amsterdam.

In addition to all these activities, she applies her experience in the industry, combined with her marketing education, as an artist consultant. With this, she helps new artists and other creative talents with the strategic branding of their name and work. She also manages a number of artists and creative talents in music, film and TV.

Are you looking forward to the new season of The Queens & Sneakers Show? Then make sure you are ready for the latest episode on Thursday 28 October at 8pm.

Did you miss one of the episodes from the previous season? Check out the Queens & Sneakers Show playlist on YouTube to catch up on all the episodes.

Don't forget to follow us on Instagram (@sneakerjagers & @sneakerjagers_wmns) to keep up to date with new episodes.