The best classics under €200 at StockX 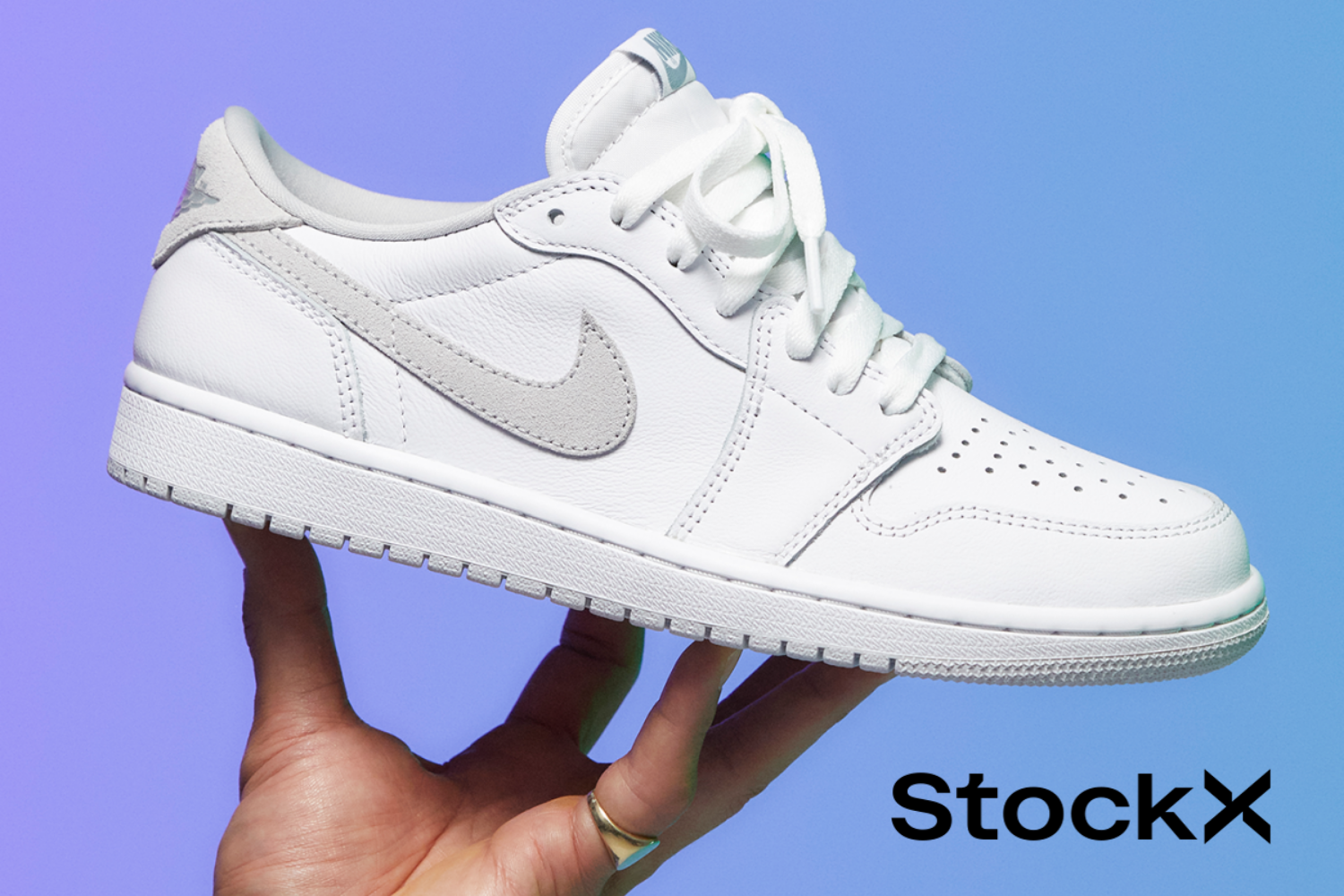 Classics are always a good choice. Whether you're a big fan of classic colorways or models, these classics at StockX are the perfect gifts for the holidays. At StockX you will find a lot of sneakers, streetwear items and collectables. Here's an overview of the best classics under €200 at StockX.

The Jordan 1 Low OG with its white colorway "Neutral Grey" is the perfect classic. The model is over 30 years old and remains a favourite to this day.

The Jordan 1 Low has known a lot of colorways but the 'Neutral Grey' that was re-released in 2021 after 30 years remains a classic. The sneaker is currently available in many sizes under €200, which is special for this colorway and model.

The Box Logo tees with their basic design are the perfect classics. The shirt was first released in 1994. Founder James Jebbia released his first number of shirts of the brand. Since then, the shirt has been an iconic item in Supreme's collection. This 2020 version has a slightly darker navy colour than its predecessors and is suitable for the colder days.

The 2020 Supreme/The North Face collaboration combined the comfort of The North Face with the streetwear look of Supreme. Founded in 1966, The North Face is known for their weatherproof items. These gloves are also a good must for the upcoming winter days and have a striking yellow colour.

Besides a collab between The North Face and Supreme, Nike has also joined forces with Supreme. The Air Force 1 is an iconic model at Nike and received the Box Logo from Supreme on its upper in 2020. This logo brings the two brands together on the design, without touching the AF1's silhouette much. This pair is available in many sizes under £200 which makes it an ideal gift.

The Air Jordan 7 'Flint' made its comeback after 15 years. The 'Flint' was first released in 2006 along with colorways like the 'Cardinal' and 'Maize'. Although this model never appeared at the feet of Michael Jordan on the basketball court, the colorway with its association to the basketball player and its retro colorway has become a true classic. The 'Flint' is now available in many sizes under €200.

Since the end of the 80s, the G-Shock of Casio is a well-known watch. Since then, the watch has received a lot of variants and has become an iconic model. This G-Shock GM-5600sn-1 in collaboration with [email protected] Shanghai takes its inspiration from the Shanghai sunset. The watch is now available below its retail price of $295 and is the perfect gift during the holiday season.

The Nintendo 64 Controller with its retro look, is a well-known game console for those who grew up in the 90s. Bring back the nostalgia and play Mario Kart or Mario Bros with the family on Christmas morning. This updated Nintendo 64 connects to the Nintendo Switch and has the same games as the 64 used to have.

Pokémon is back with a vengeance. In the 1990s, the figures were a huge success and now, 30 years later, the cards are selling for hundreds of euros. The Pokémon games are also coming back to life, and this year the brand has re-released two games. The game Pokémon Diamond and Pearl received a new variant: the Pokémon Brillant Diamond and Shining Pearl. This game is suitable for the Nintendo Switch.

Get the Pokémon game here

Last but not least, this Nintendo game console in cooperation with LEGO is the ideal gift for Christmas. With this set, you can build your own game console. The set takes its inspiration from the Nintendo Entertainment System console from 1983. The console and TV screen are both made of LEGO and the Super Mario game gives it a nostalgic feel.

These are some of the classics that are available at StockX for under €200. Make your wish list and who knows, maybe you'll be playing your Nintendo 64 on Christmas Eve or have a new pair of Supreme Air Force 1s at your feet. If you prefer to make your own wish list, click on the button below and choose your favourite items at StockX.

View the items at StockX here