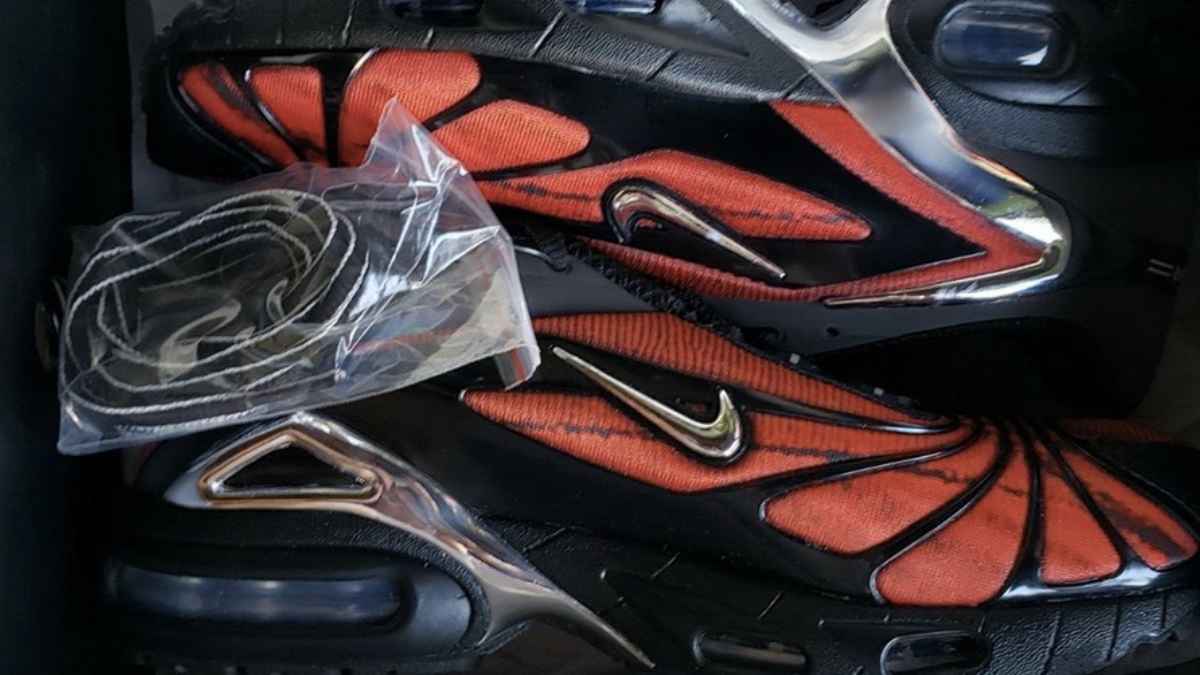 It seems that English rapper Skepta is continuing his collaboration with Nike. Earlier, rumours of the collaboration surfaced in 2019 and some pairs were offered on eBay. At the beginning of January, photos of the Skepta x Nike Air Max Tailwind V have resurfaced.

Skepta (Joseph Junior Adenuga) is a legend in the English grime scene. Born in Nigeria on 19 September 1982, the rapper moved with his parents to Tottenham, North London at the age of three. In 2003, he started his musical career as a DJ and became an MC in 2005. Then in 2006, he founded a record label called 'Boy Better Know' together with his brother, J.M.E.. He also released his first mixtape 'AKA Joseph Adenuga'. A year later, Skepta released his debut album 'Greatest Hits'.

Today, Skepta has major collaborations behind his name with artists such as A$AP Rocky, Section Boyz and A$AP Nast. In 2019, we also saw the release of a collaboration between Skepta x Nike. We're talking about the Nike Shox TL here. Now, the release of the Air Max Tailwind V also seems to be getting closer.

Just like for the Shox, Skepta has opted for an upper made up of black and red colours. In addition, there are some chrome details on the sides of the sneaker. The Swoosh also got a chrome makeover. Another eye-catching detail is the black cage that surrounds the red base. The tongue and collar also draw a lot of attention, because of the iridescent colour they have been given. The sole has been given a black colour so as not to make the sneaker too busy. All in all, it is a very striking shoe that is great to style with.

A release date for the Skepta x Nike Air Max Tailwind V has not yet been announced, but thanks to @airmaxarchives we have pictures of the sneaker, which does have a distinct look.

Scroll down for pictures and keep an eye on the Sneakerjagers release calendar to get all the latest updates!