Raffles for the adidas Yeezy BOOST 700 'Sun' are open 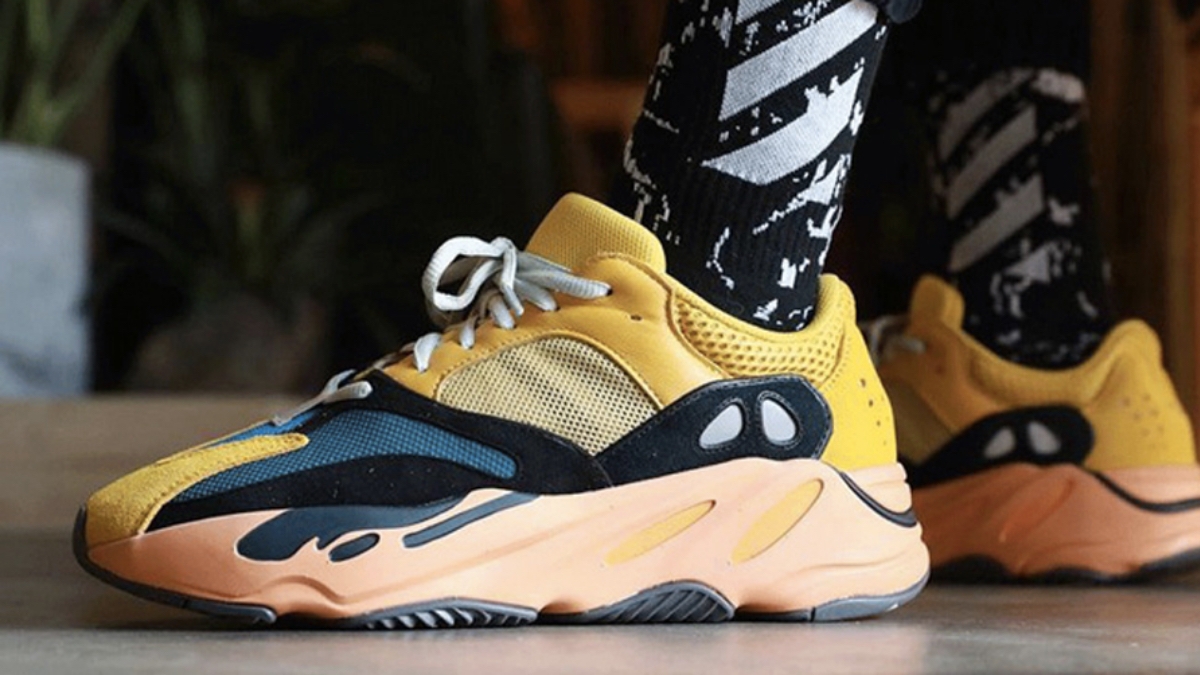 The release of the colourful adidas Yeezy BOOST 700 'Sun' is getting closer and closer. This Saturday, January 23, 2021, the new Yeezy BOOST 700 will be released via adidas and some raffles. It is even possible to sign up for the raffles via some retailers already!

Kanye West has taken a different approach to this upcoming colourway. Often, colorways are monotonous or composed in a similar colour palette. However, this time it won't be like that, as the sneaker features striking bright and dark colours. This creates a beautiful contrast of colours. The base of the sneaker features a yellow colour, while yellow, black and turquoise colours cover the overlays.

These overlays are made up of all sorts of different materials, such as nubuck, mesh and leather. Not only that, but there is also a midsole underneath the upper that, to put it mildly, also attracts a lot of attention. It has a bright orange colour with some black hits on it. Under the midsole runs an outsole that is processed in a black colour.

If you want to add the adidas Yeezy BOOST 700 'Sun' to your sneaker collection, you want to make sure you get a pair. There are so many raffles where you have to register that sometimes it gets a bit confusing. That's why we made a list with all the retailers where the raffles for the neu Yeezy BOOST 700 'Sun' are open! We will update this list in the coming week, when new raffles are open. So come back to Sneakerjagers daily to sign up for the raffles!