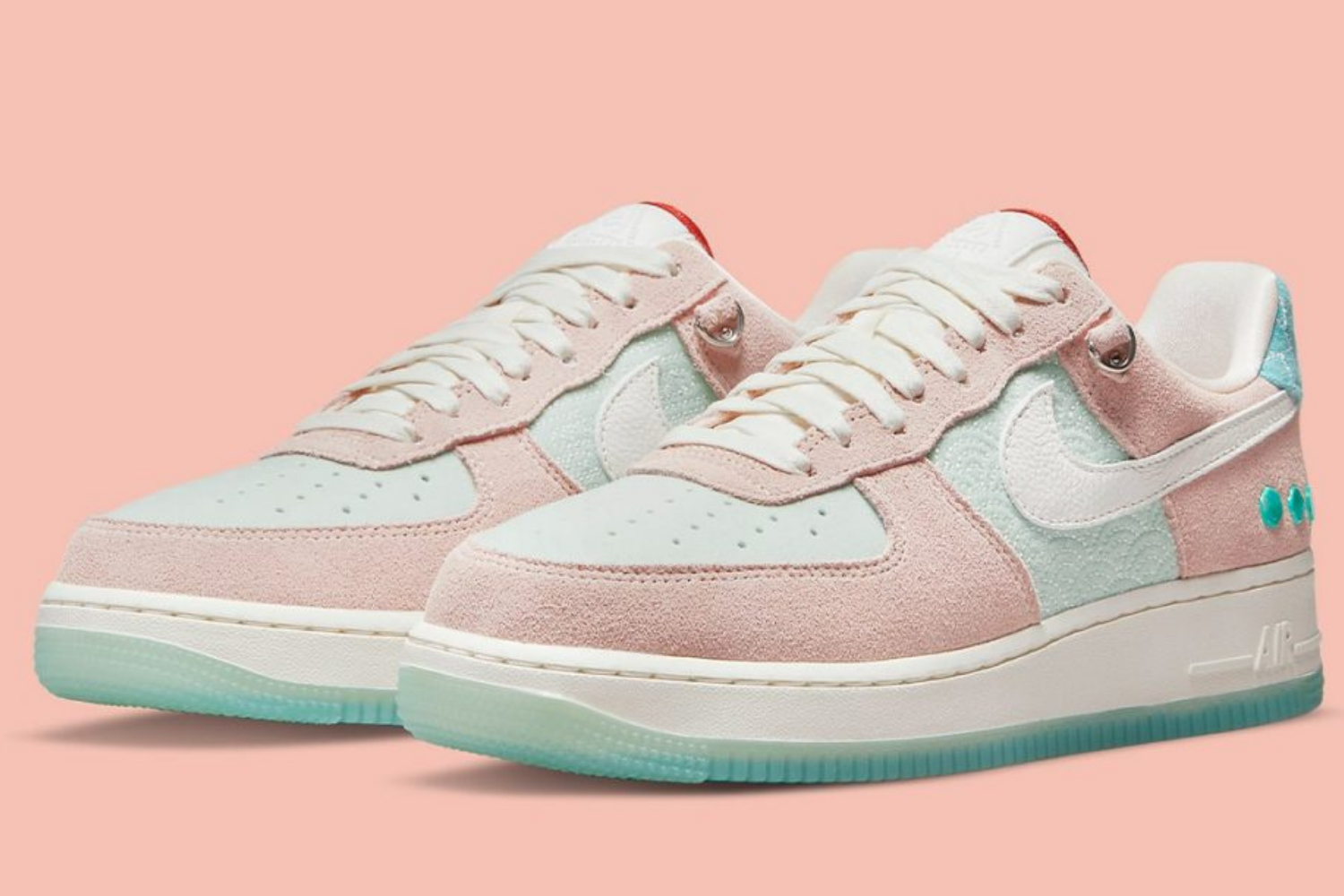 The Air Force 1 celebrates its 40th anniversary in 2022 and does so with the 'Shapeless, Formless, Limitless'. This pair has a striking look and combines different pastel colours. The sneaker has no official release date yet but is expected in 2022.

In 1982, Nike released the first Air Force 1. The model was designed as a basketball shoe, but quickly became a popular lifestyle sneaker. Since the 80s, the Air Force 1 has received a lot of colorways and the silhouette has become a true classic. The 'Shapeless, Formless, Limitless' is a good addition to the list.

Following the announcements of the Air Force 1 'NAI-KE' with Sashiko stitching, the 'Shapeless, Formless Limitless' also features several hints to Asia. The sneaker takes its inspiration from martial artist Bruce Lee. He was known for his quotes like "To empty your mind, you need to become formless and shapeless - like water". This is also reflected in this model.

The sneaker features the colours light blue and pink. A wavy pattern can be seen on the middle panel and is stitched here in white. The model is made of suede and has red accents on the tongue and heel. Three stones are set on the heel in turquoise and colour well with the blue translucent sole.

Silver buckle rings are found on the heel and laces. The Nike logo can be seen on the tongue and around this the words 'Shapeless', 'Formless' and 'Limitless' are placed. The release is expected in 2022. 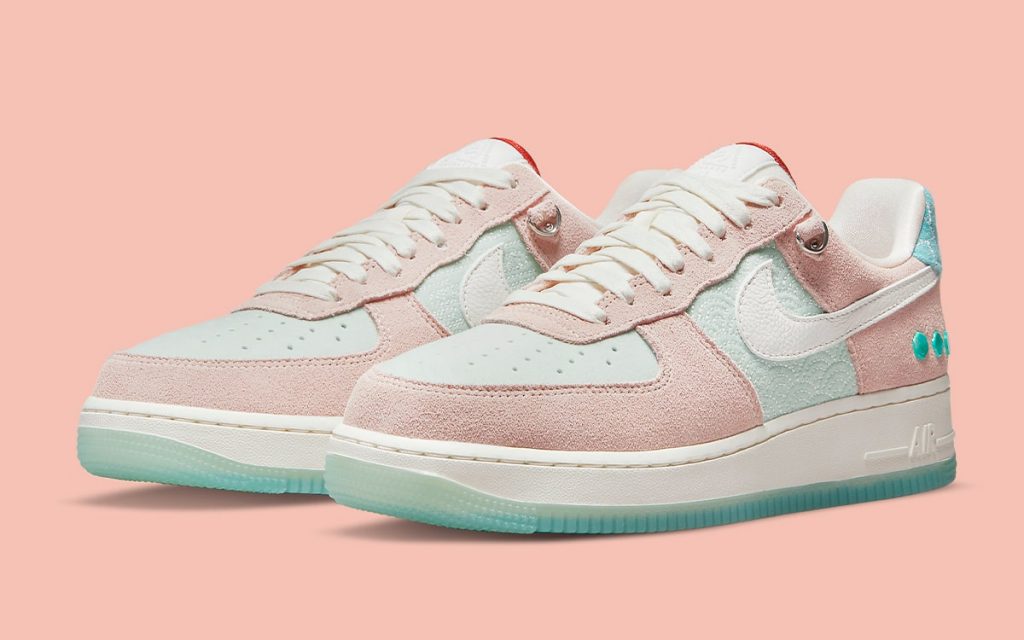 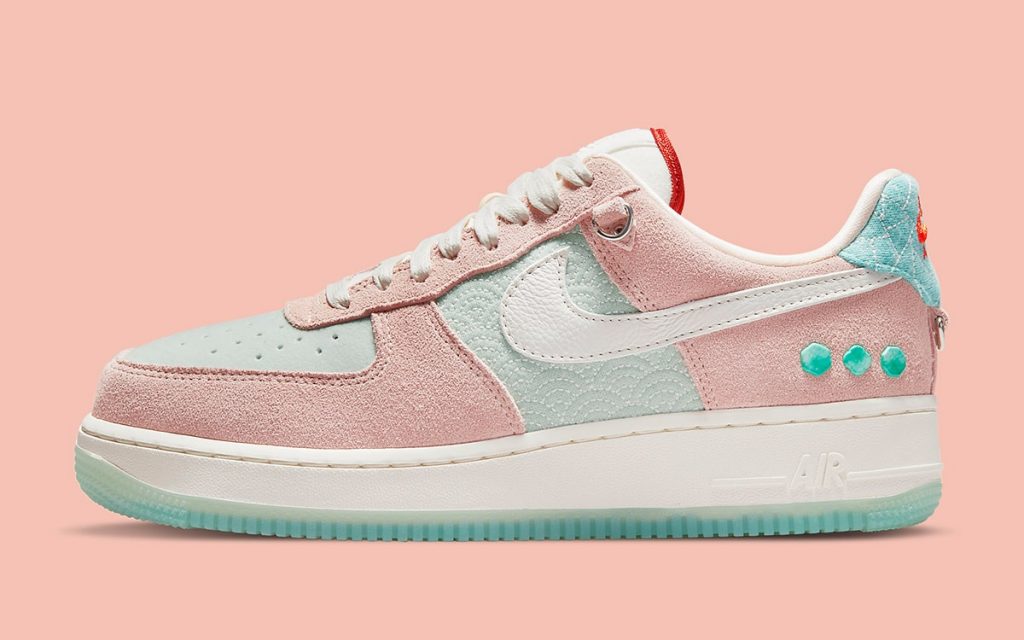 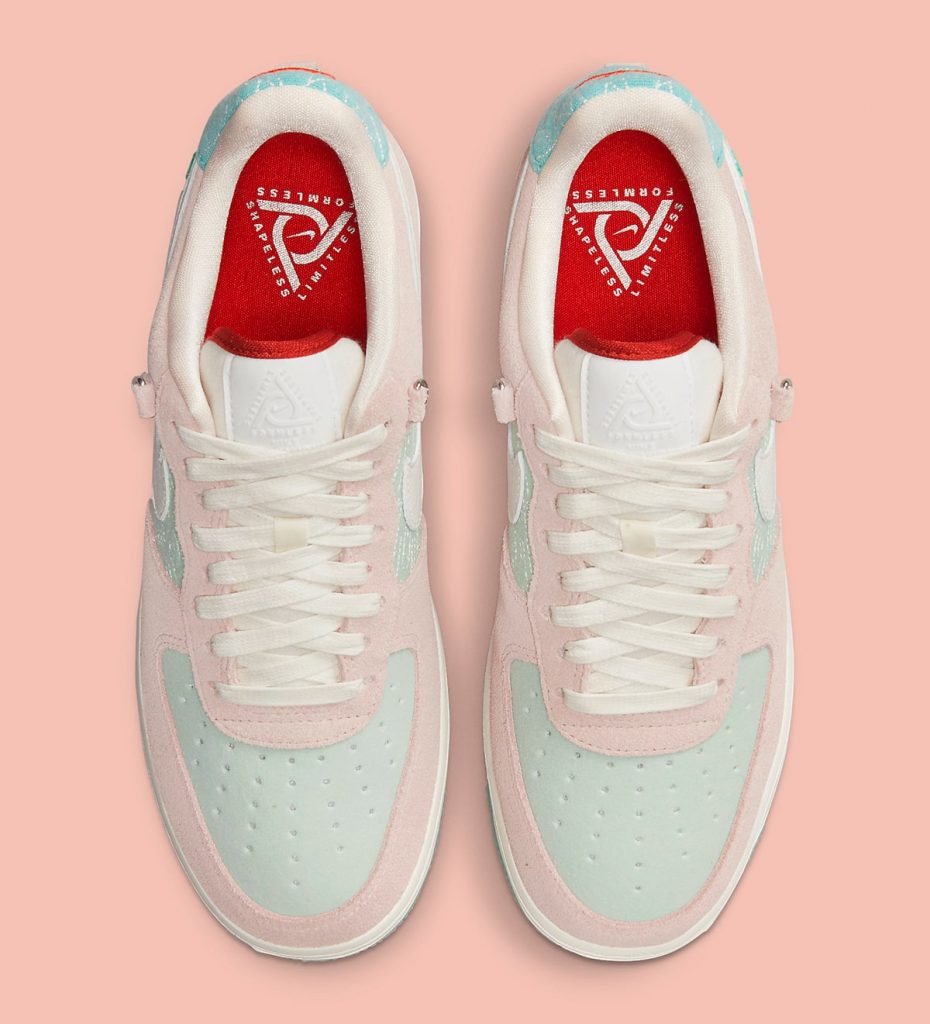 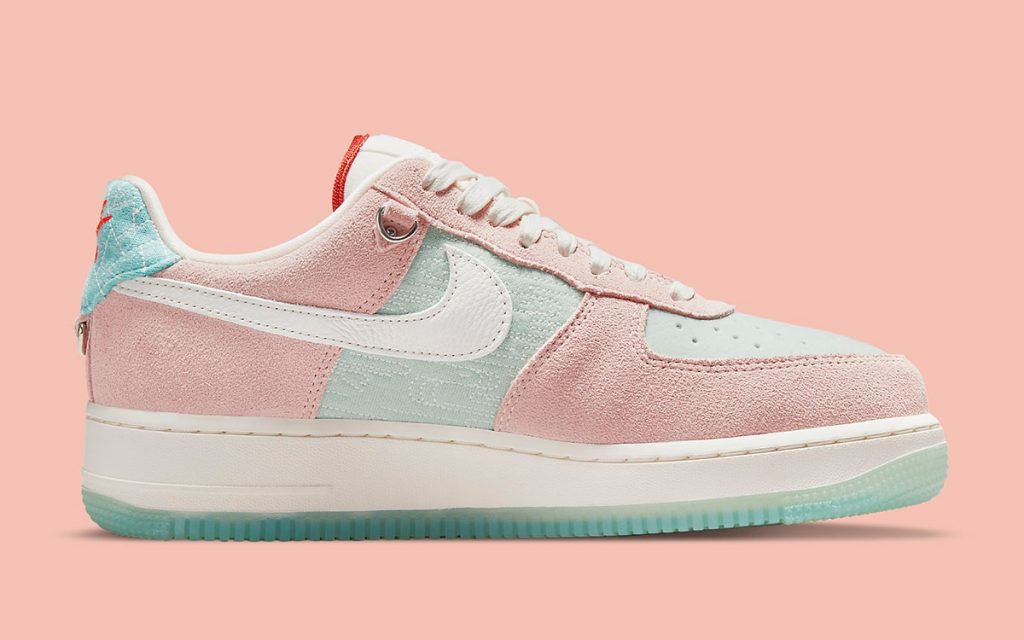 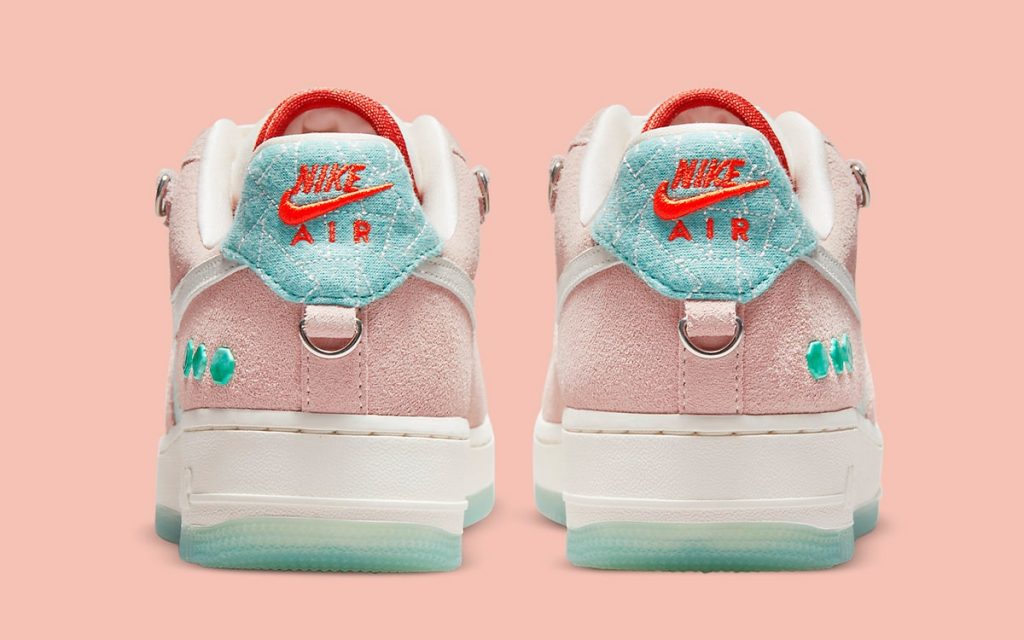 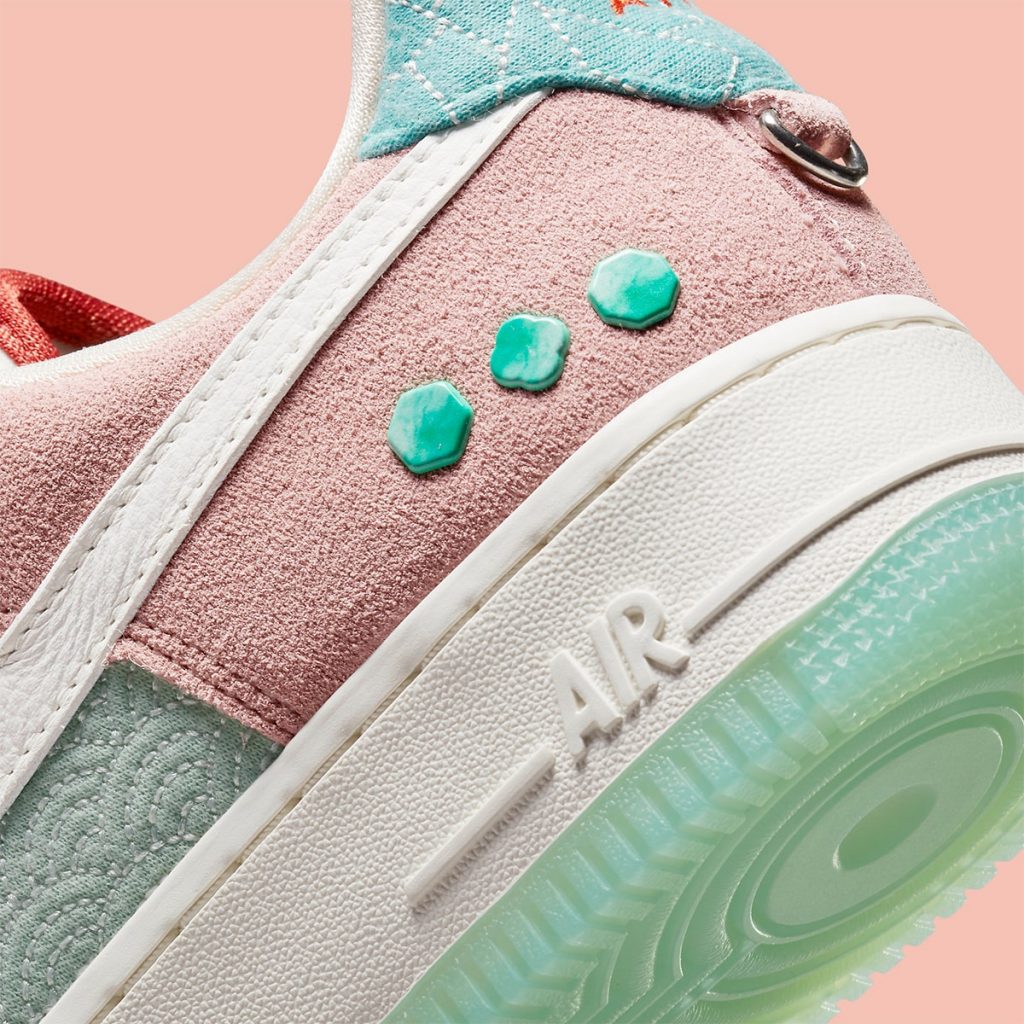 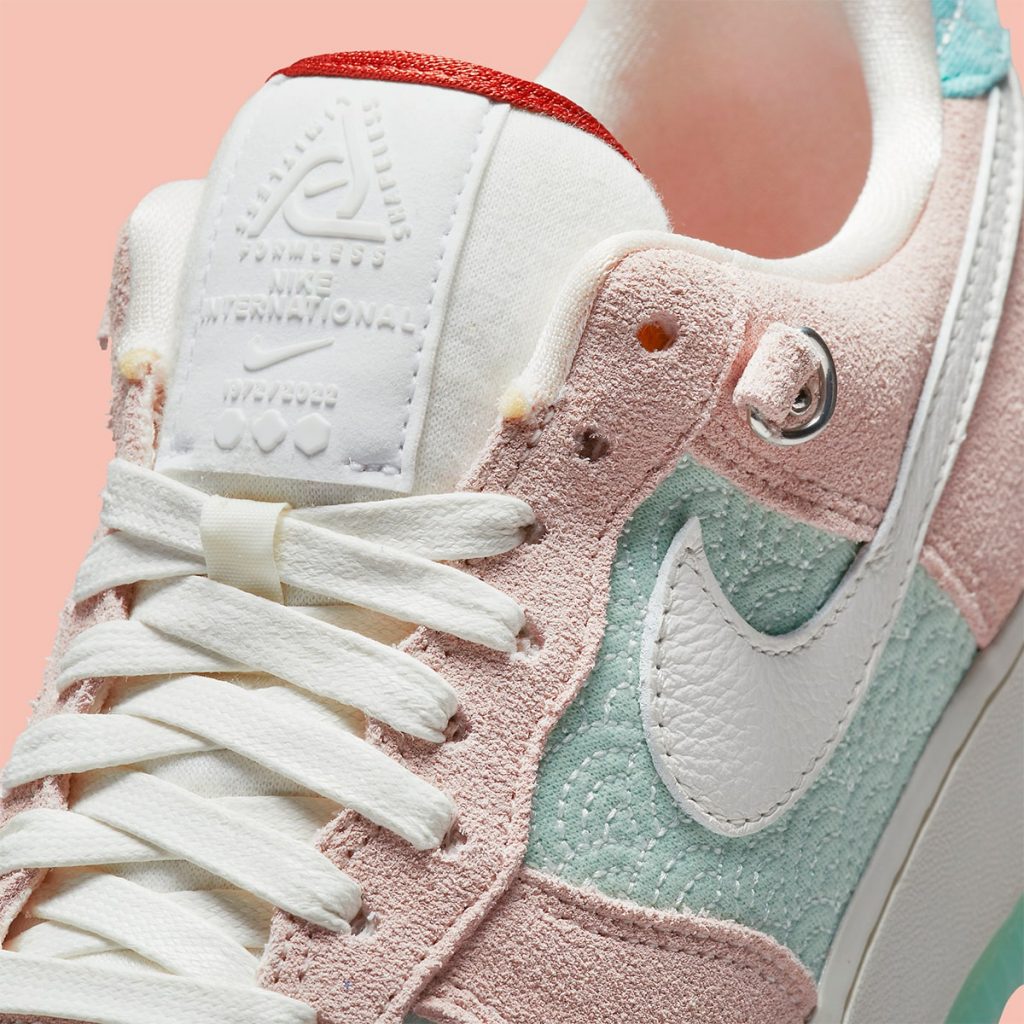