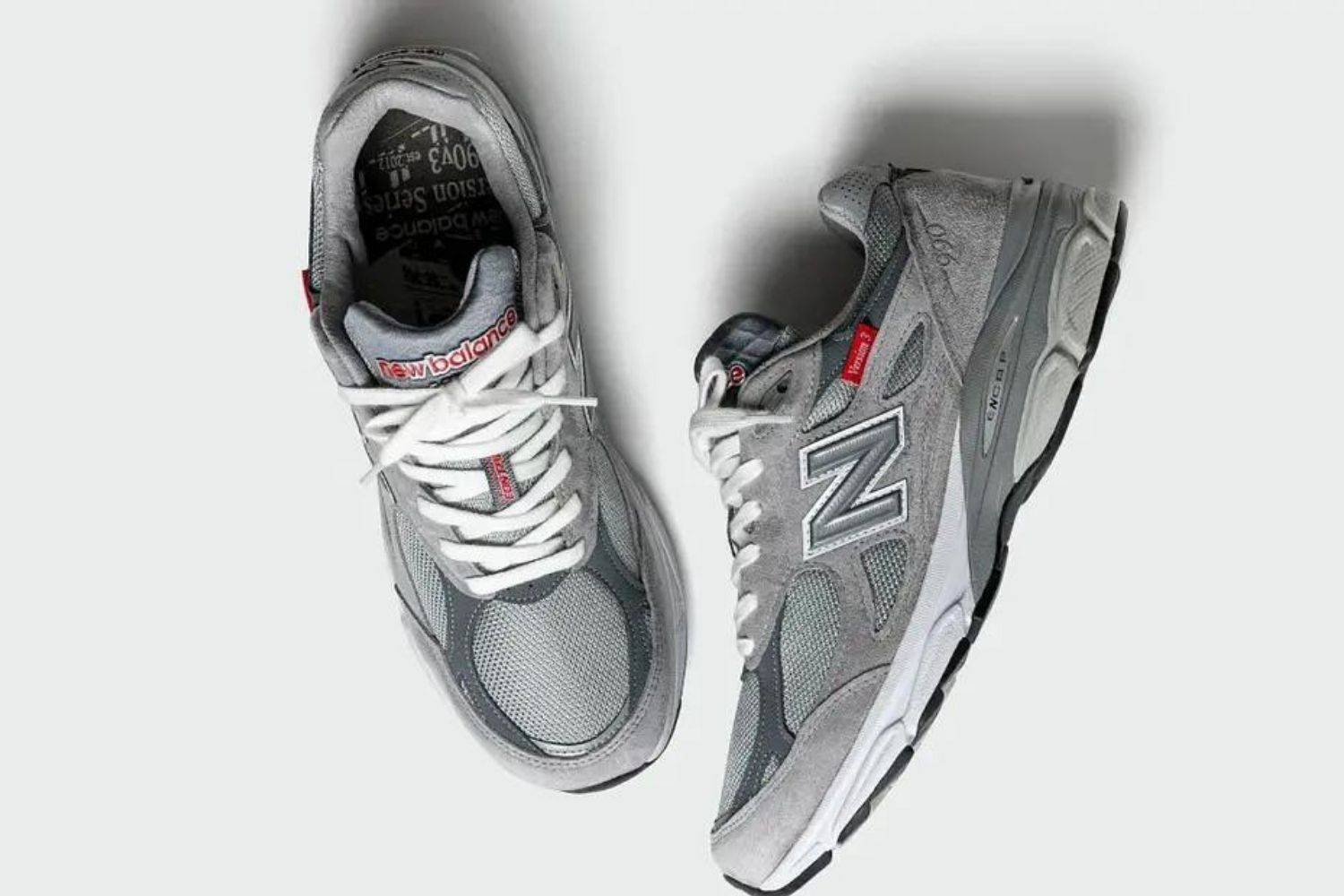 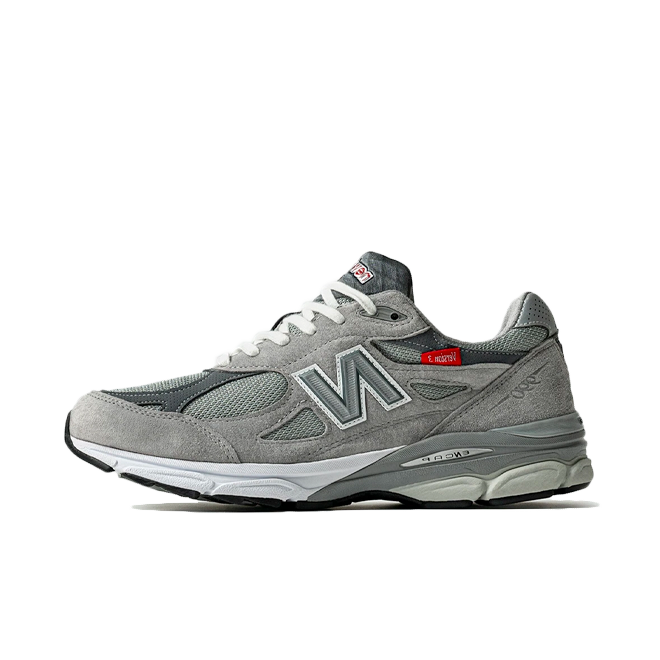 The 990 series started in 1982 when New Balance released the first running shoe under this name. Since then, the 990 has known many variants and the sneaker has become a real classic. The 'Version 3' is the third pair from the New Balance 40th Anniversary Pack. The previous models from this 'Made 990 Version Series' pack were the 990 v1 'Version 1' and the 990 v2 'Version 2'.

The sneaker combines the materials mesh and suede in its upper. The entire silhouette combines different shades of grey and has striking red accents here and there. For example, the New Balance logo on the tongue is red, as is the 'Version 3' label on the heel.