First a collab then the OG - New Balance 827 Abzorb 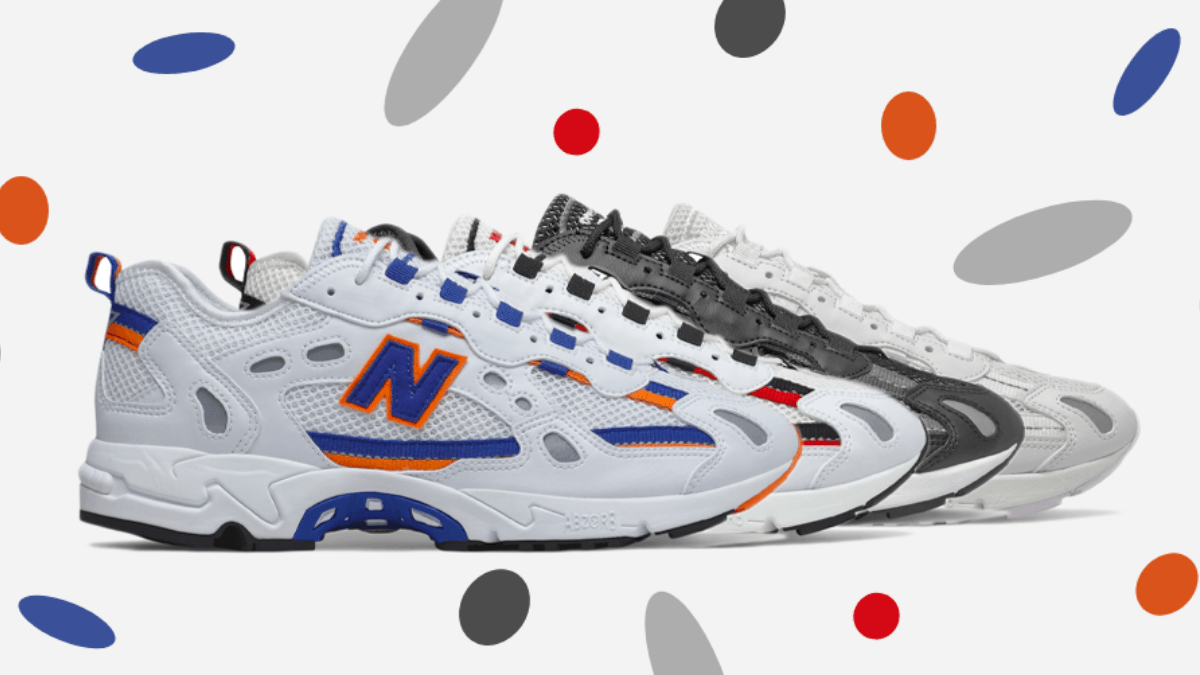 Yoo Sneaker lovers! Of all the good releases this weekend, I took the release and simultaneous reintroduction of an incredibly good silhouette to heart: The New Balance 827 Abzorb. I should rather say THE New Balance 827 Abzorb. Because New Balance presents us this weekend with a total of 4 colorways at the same time! Four colorways of the same shoe always require a strong decision-making. It is not always easy to decide on a favourite. The decision to spend more than 400 bucks on 4 pairs of the same shoe is also rarely the right one. Therefore, we now have many pictures of each model and of course a short detailed analysis.

I personally have already found my favourite among the 4 gems. Have you? Then get the release information for you right now! All others: Stay tuned and be proud of yourselves that you are also interested in the inner values. ? Be curious about the exclusive pictures of each shoe from all perspectives, as well.

As already mentioned, this weekend 4 smooth colorways of the New Balance 827 Abzorb will be released on the market! To be exact, on April 18, 2020. €119 will be enough money to buy one of the models from Saturday at midnight on. You want to know where? Of course we have everything ready for you, and already a list of all retailers who will sell the shoe. Just click on the button of your favourite ⬇️

Áime Leon Dore as a springboard to re-introduction

If you read my blogs regularly, you know exactly what I am going to talk about now. Namely the collaboration between New Balance and the New York fashion brand Áime Leon Dore. Just under a month ago, the New Balance 827 Abzorb was launched as part of this collaboration. This silhouette had been gathering dust in the archives of the US sportswear manufacturer for a long time. Now it had to be presented to the new generation as tasty as possible. And what better way to do that today than through an exclusive collab with an established fashion brand and the subsequent release of the OG colorway? There is no better way! The heads of New Balance have done everything right here and offer the 827 Abzorb a good basis to play at the top. ☝?

To see the details of the New Balance 827 Abzorb, I have taken my personal favorite. The New Balance 827 Abzorb 'OG Blue' is in my opinion the most memorable and most beautiful of the four colorways of this release date. At the same time this model is also the OG colorway of the silhouette. In other words, the very first colorway ever on this shoe. You like it? Click on the button below for a list of retailers.

But let's really get down to details:

Let's start with the fact that at first glance the shoe clearly takes on the role of a typical running shoe. You either love it or hate it. Apart from the color schemes, all four color schemes are identical. A breathable mesh and leather overlays are used as a basis. The brand's popular "N" was also produced and sewn in smooth leather. Like many other details of the shoe, such as the lace loops, or the side and heel panels, the colors orange and blue were used on the OG model, for example. In any case, it reminds me strongly of the jersey colors of the New York Knicks. Reflective details give the shoe the finishing touch and make a nice extra.

So, by now at the latest, you should be convinced by one of the new New Balance 827 Abzorb, too. If this is still not the case, I have added some pictures of the other models below. So you can convince yourself of the look of these beauties.