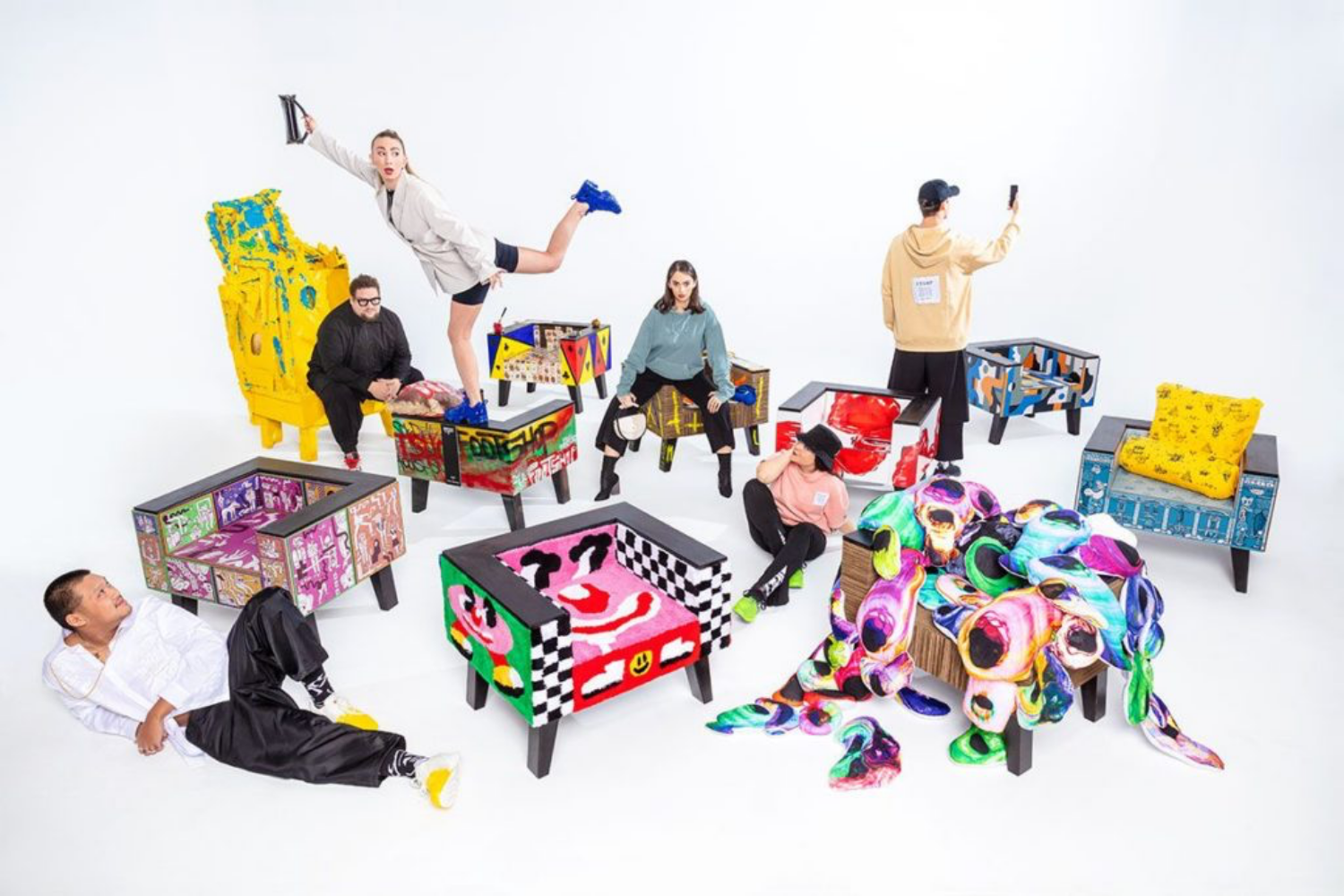 This year, in 2021, Footshop celebrates its 10th anniversary. To celebrate, the shop has also launched a 'Footshop meets Reebok' capsule collection. The collection consists of ten unique chairs designed by different artists. The chairs are made of cardboard and were raffled off on the Footshop website together with a Reebok Classic sneaker. The Apparel collection was made available from 9 December 2021.

Footshop was founded by Peter Hajduček in Prague in 2011. But the story actually begins earlier: after saving for a long time, Peter bought his first D3 sneaker at the age of 11. At that time he was already a skateboarder and experimented with graffiti.

Through the skate club TSC, young Peter was also introduced to the world of web design. Later, he designed several visuals for hip-hop concerts. In 2008, he moved to Prague to study and was mainly involved with online marketing.

To combine his interests, he founded his own label called 'Footshop'. What started as an online shop, with 50 pairs of kicks in stock, grew into one of the largest local retailers of sneakers and sports shoes. The shop now also has its own branches in Prague, Bratislava, Budapest and Bucharest.

Footshop focuses on creativity, sneakers and urban lifestyle and has a wide range of brands in its assortment.

So now the company has been in business for 10 years. So to celebrate, the shop has teamed up with Reebok, among others, and together with ten different artists they have designed a special collection.

The collection, as already mentioned, consists of 10 remarkable chairs, among others. At Footshop, they focus on sustainability and have thus made it their mission to integrate more ecological and sustainable processes into their operations. That's why the chairs are made from old cardboard boxes found in Footshop's warehouses.

The artists now had the freedom to decorate the chairs in different ways and turn them into true works of art. The chairs have already been raffled off on the Footshop website and the winners also received a Reebok Classic. Did you take part too?

The collection also includes some cool clothing and accessories, such as hoodies, shirts, socks and pins. The designs have been made timeless, with elements that all reference Footshop's 10th anniversary.

Since 9 December 2021, the designs of the collection are available on the Footshop website.

Shop the collection at Footshop here