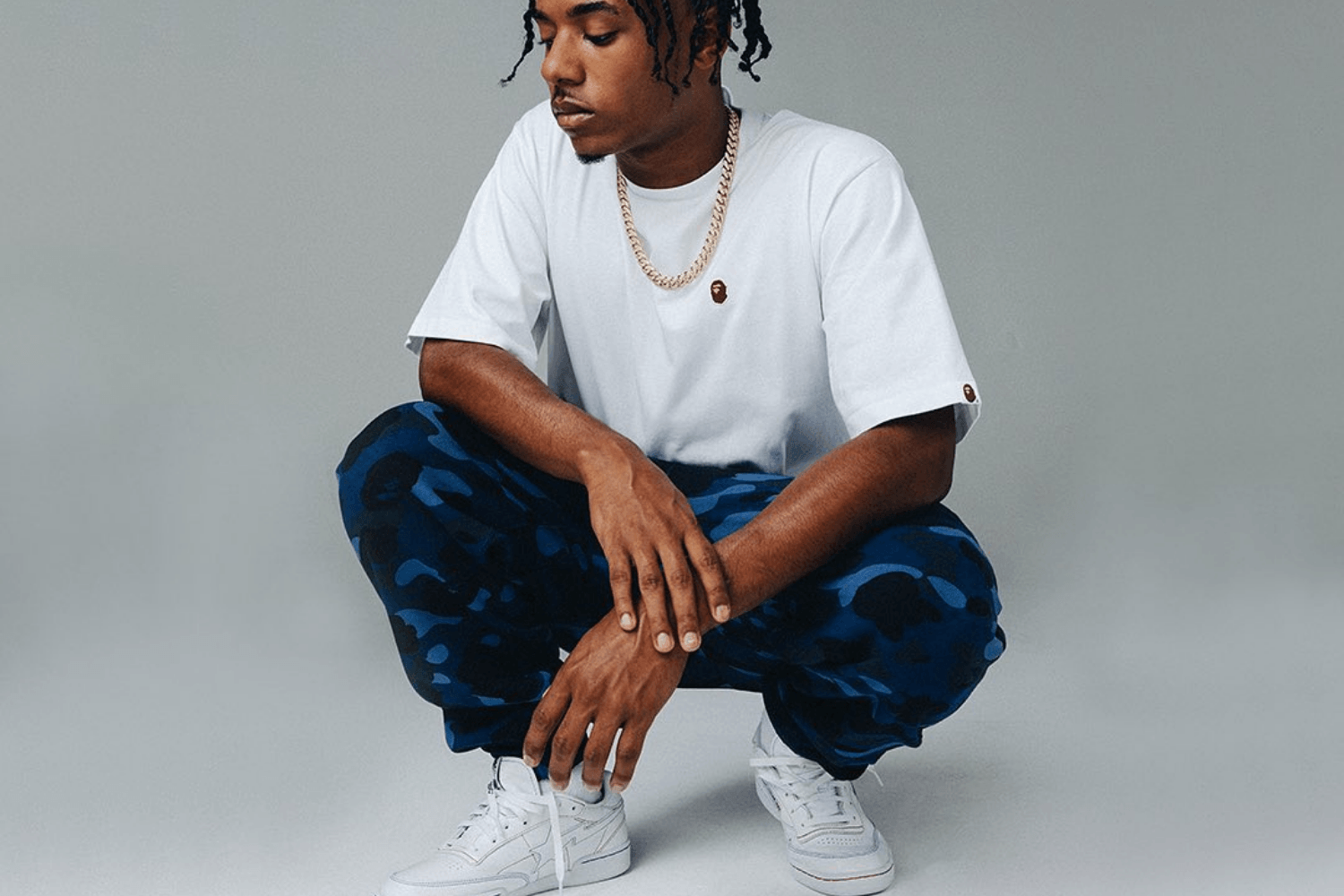 BAPE and Reebok join forces again for a SS22 collection. The two brands are no strangers to one another and have worked together in the past. The new collection includes the sneakers Club C and Instapump Fury. The BAPE x Reebok collab will be released on January, 15 2022.

After the first tease of the collab in early January, we saw the full collab appear on BAPE's Instagram account on January 10. In the campaign, we see artists Bryson Tiller, Ryan Trey, and Nia Sultana in the trainers from the collab. The classic Reebok Club C gets a BAPE makeover, as does the Instapump Fury.

Despite the fact that the two brands are releasing two new pairs, it is noticeable that the Club C has a familiar look. In September 2021, the two brands also released a Club C together. This pair also had a white upper with red and blue stitching. On the side you can see the STA logo.

The Instapump Fury also has a familiar look and looks suspiciously like its predecessor. In August 2021, the two brands also came out with a colourful camo Instapump Fury. The BAPE logo is placed on the toe cap and the upper shares different camo prints. The colours green, purple and red are combined. 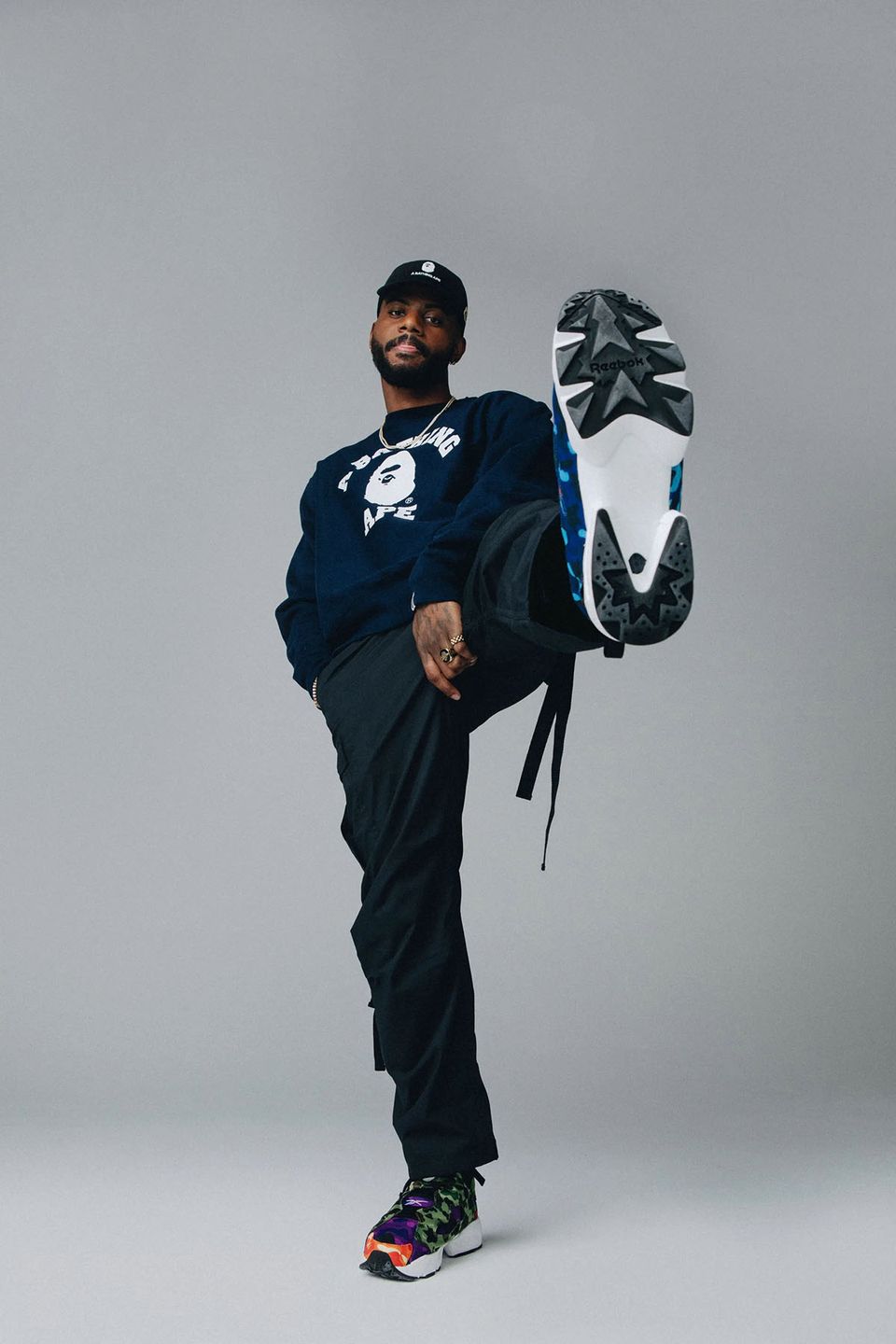 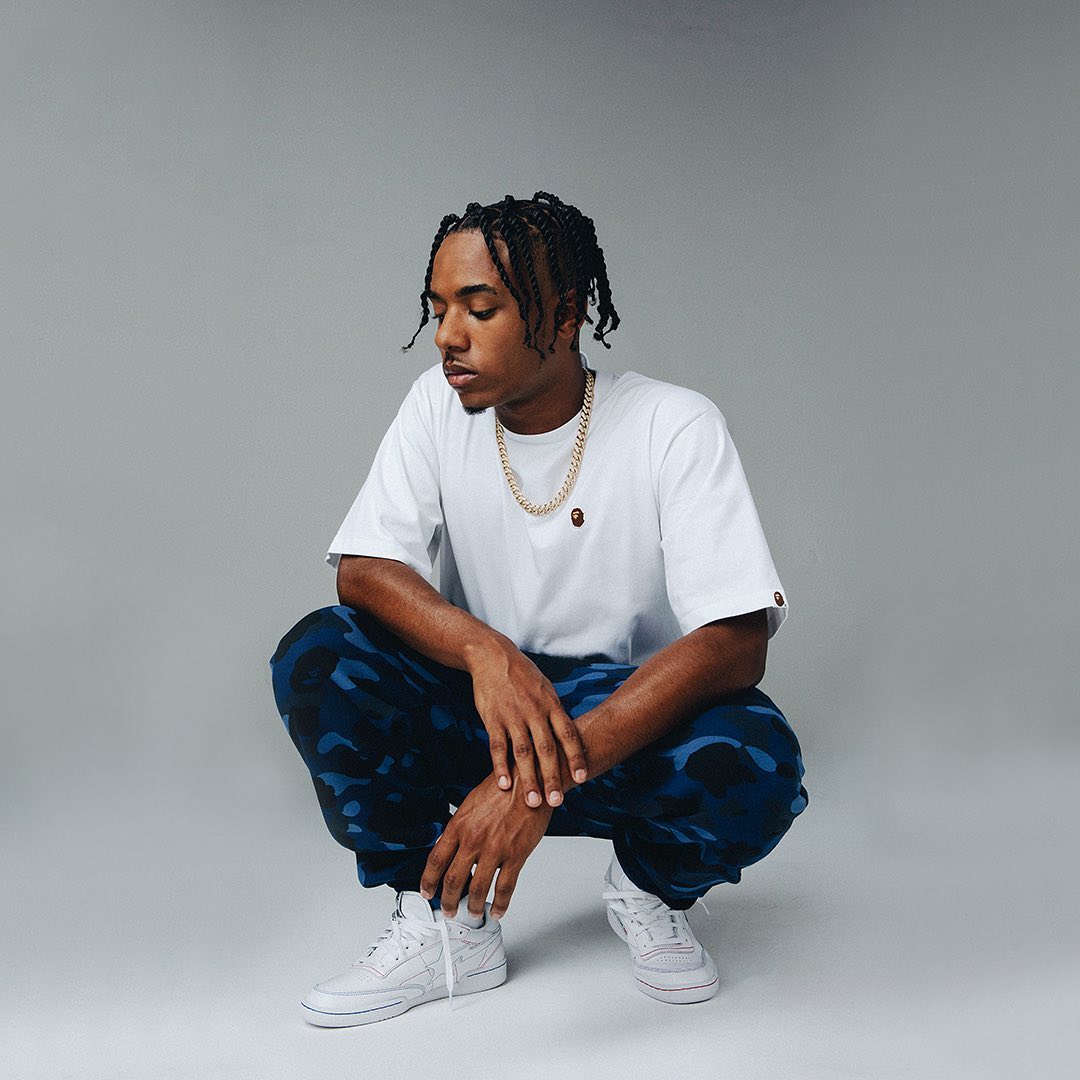 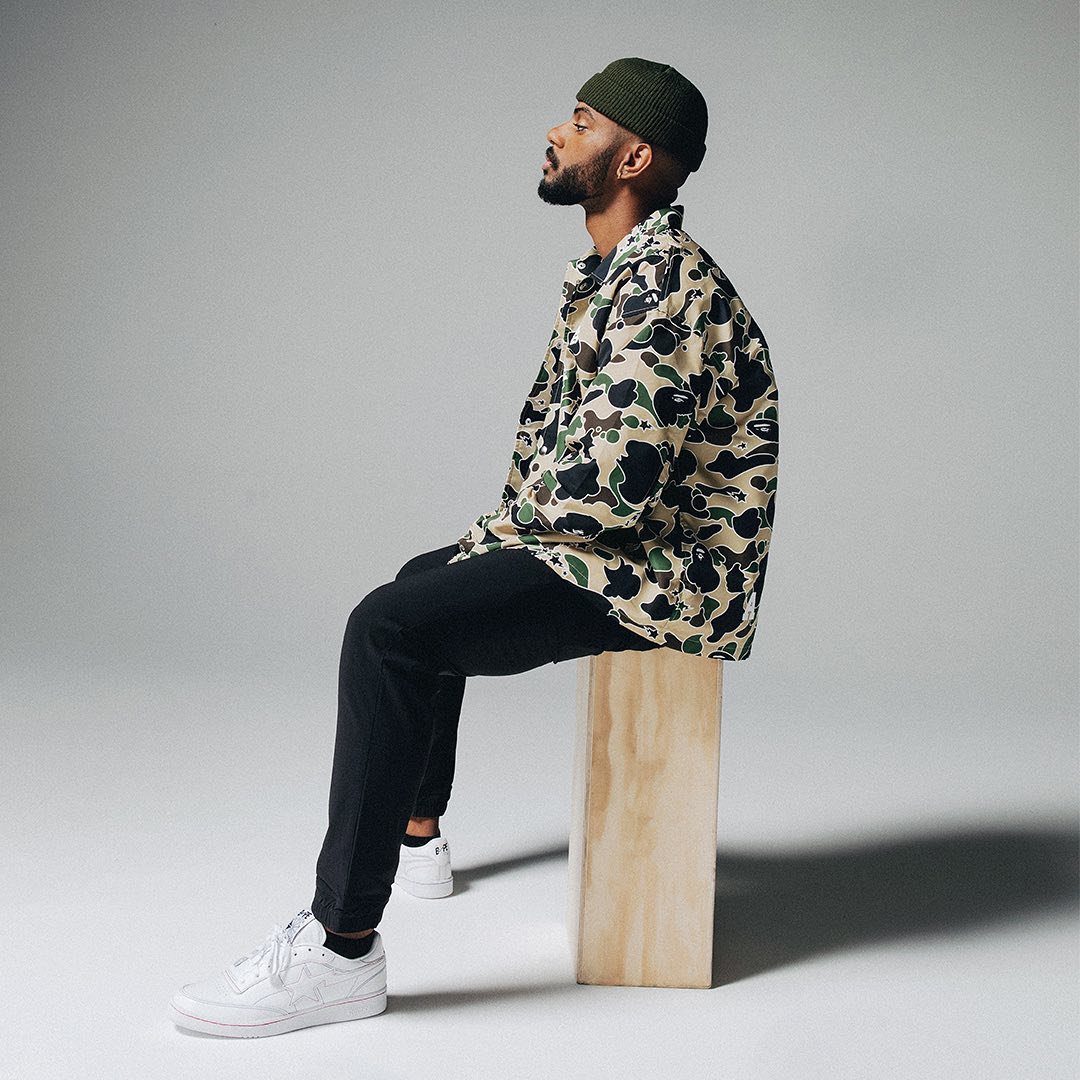 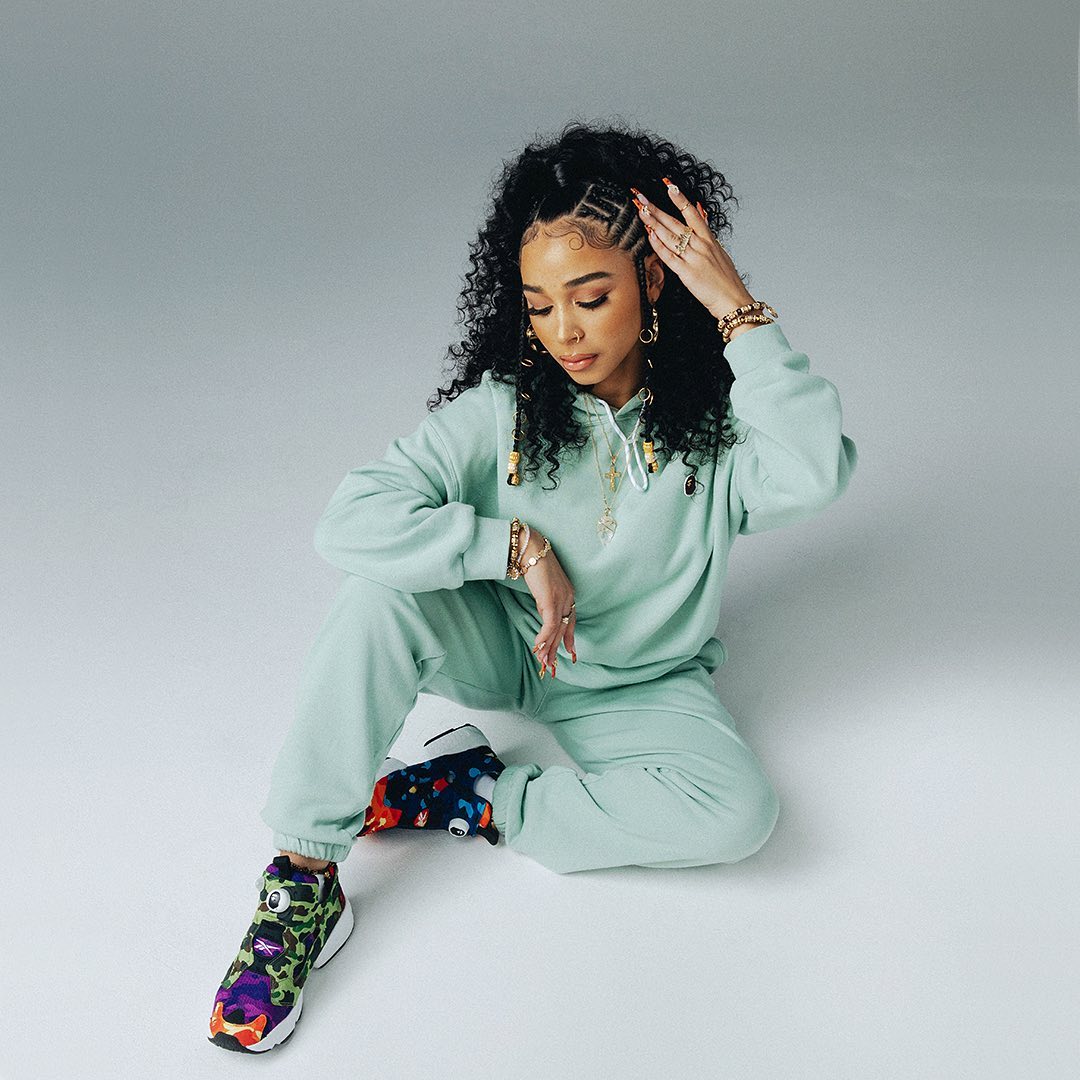