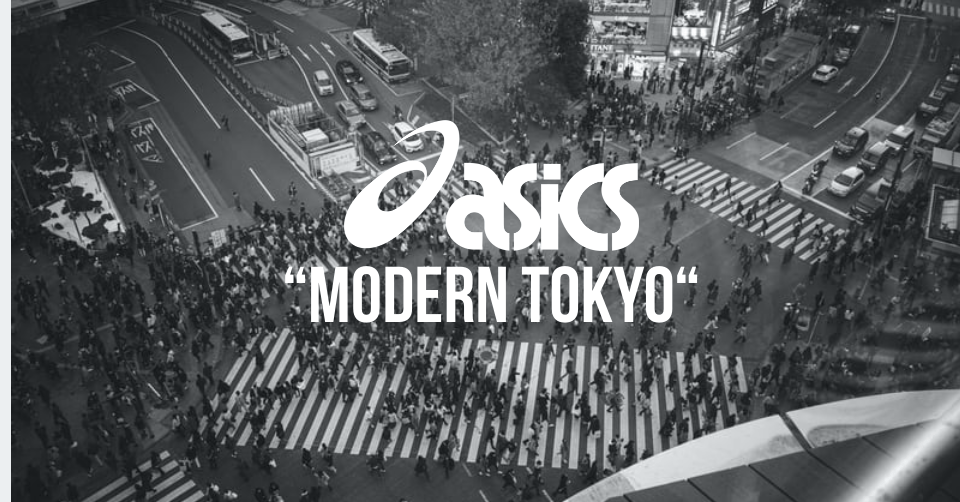 ASICS has once again outdone itself with the execution of a design dedicated to a large metropolitan city. It would be indeed quite a disappointment because this time the Japanese brand is dedicating a silhouette with a matching colorway to its own capital city. We introduce Tokyo on a Sneaker. The Asics Gel Lyte Modern Tokyo Pack!

As mentioned, ASICS has already released several citypacks. But now "Back To The Roots" is done on none less than the ASICS GEL-LYTE III OG.

If something like the holy grail of the Running Shoe universe exists, then the ASICS GEL-LYTE III certainly deserves a place in the middle. The successor to the legendary ASICS GEL GT II, it already scored points when it was launched in 1990 and caused quite a stir. At that time, the focus was hardly on the fashionable aspect. But the GEL-LYTE III turned out to be a popular street style sneaker that still has many fans today. It's not for nothing that there were so many incredibly good collaborations a few years ago, which in my opinion even outshone the giants Nike and adidas. Ronnie Fieg, Solebox, Patta, END, 24Kilates, Saint Alfred and so on and so on…! At this point I could probably list tens of other players who created breathtaking, iconic colorways with the Japanese sports shoe brand.

Things are looking up again

Finally ASICS delivers us a board again! The ASICS GEL-LYTE III 'Modern Tokyo' delivers a very successful colorway, which also got the nickname 'Barcode'. Well, I think I don't have to explain it further at this point. ? The name is appropriate, but ASICS wants to symbolize something completely different with this colorway. The Shibuya quarter in Tokyo is well known by almost everybody. But you will probably only really remember it when you get a thought-provoking impulse with the words "The one famous crossroad there in Tokyo". Aha! Yes, now it's obvious. The black stripes on the shoe are supposed to be crosswalks. The black and white design keeps the shoe rather plain. But on this model a completely new material is used. Instead of the typical mesh materials on the toe box and the sides, ASICS has given the shoe a transparent synthetic fabric.

Treat yourself to some more pictures of the two shoes of the Asics GEL-LYTE Modern Tokyo Pack:

I really like the GEL-LYTE III, but that's also because I've always been a fan of the silhouette. If you've just gotten really hooked on the Japanese brand and want to know more about it, then look forward to one of my next blogs. There I will show you my TOP10 Asics Sneakers and give you a history lesson. ?? Meanwhile, keep on browsing our Newsblog or check our Release Calendar for the latest releases. That's it for today from me. Have a nice weekend ! ☀️