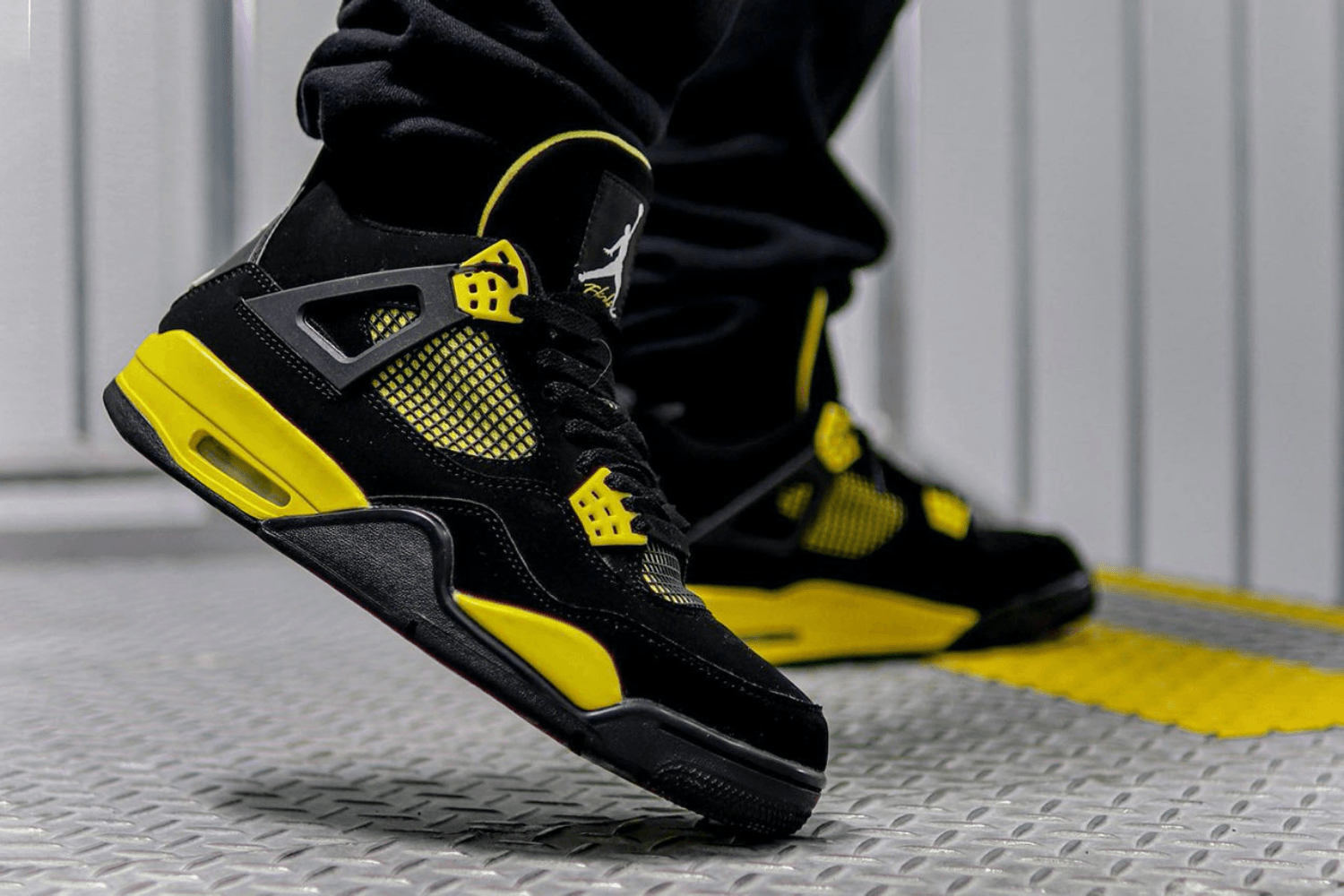 The first images of the Air Jordan 4 'Thunder' have surfaced. The colorway was introduced in 2006 and now, some 15 years later, the 'Thunder' returns. The pair does not yet have an official release date. However, we can expect to see the Air Jordan 4 in 2023.

The 'Thunder' has a black and yellow colorway. Here, the upper colors black and is made of nubuck leather. Yellow details are placed all over the design. The upper turns yellow and appears under the black mesh. The lace-up tags and midsole have also been given a vibrant yellow color.

On the tongue is the Jumpman logo. It is colored white here and underneath is "Flight" in yellow. The Jumpman logo is also found on the heel. The Air Unit is translucent and provides cushioning and comfort. The outsole is black and contrasts nicely with the yellow midsole.

The Air Jordan 4 'Thunder' does not yet have an official release date. However, we can expect to see the sneaker in 2023. Check out the first images of the pair below and keep an eye on our release calendar for the latest updates. 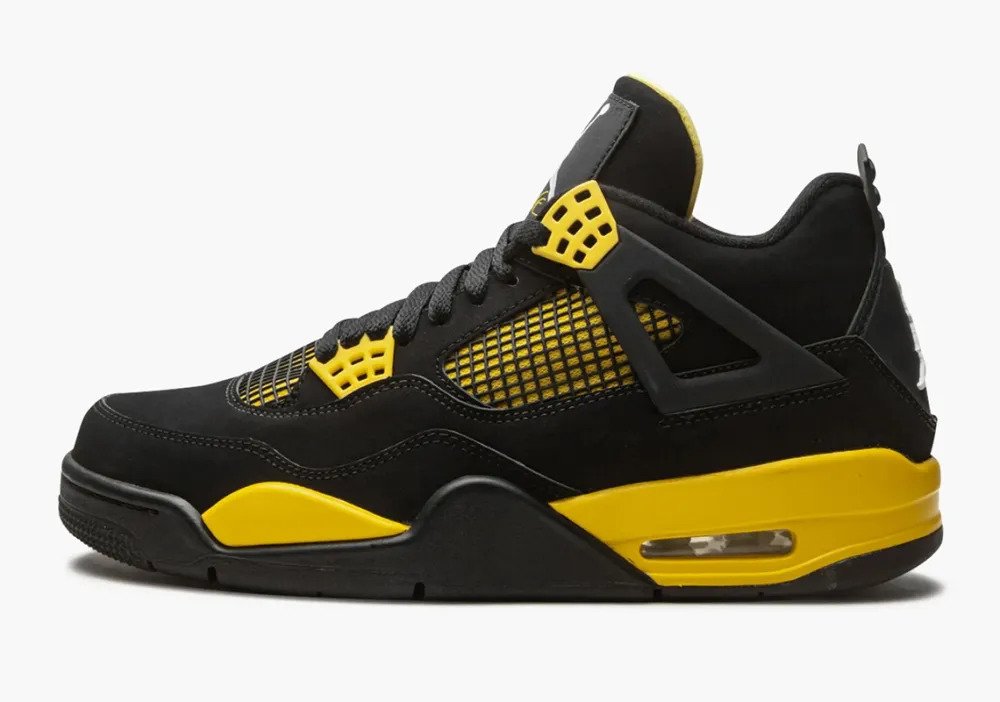 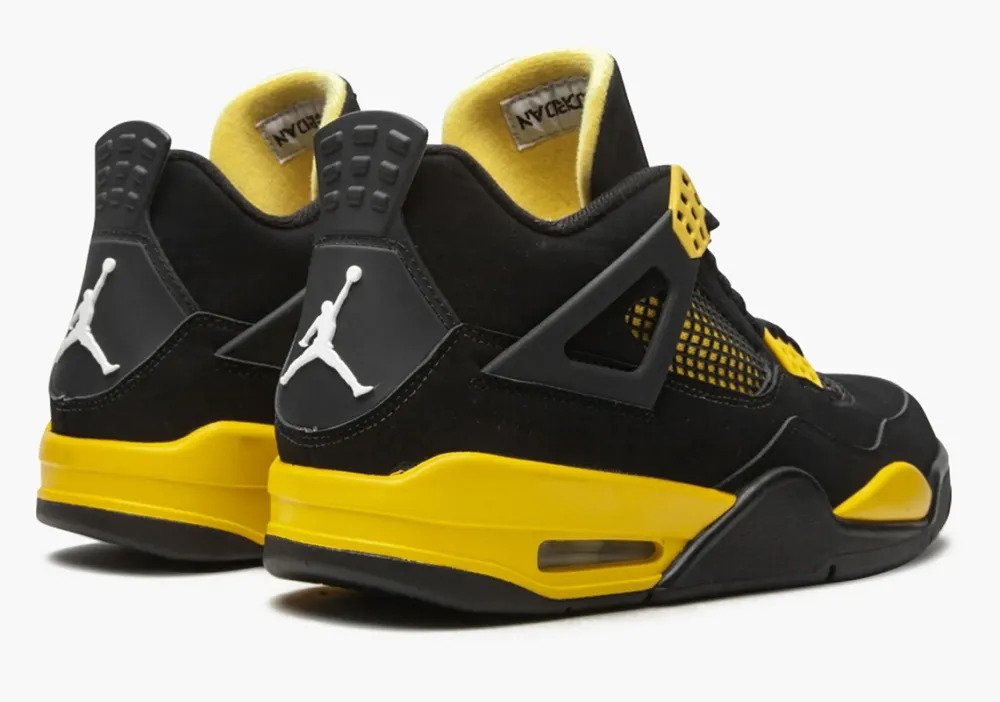 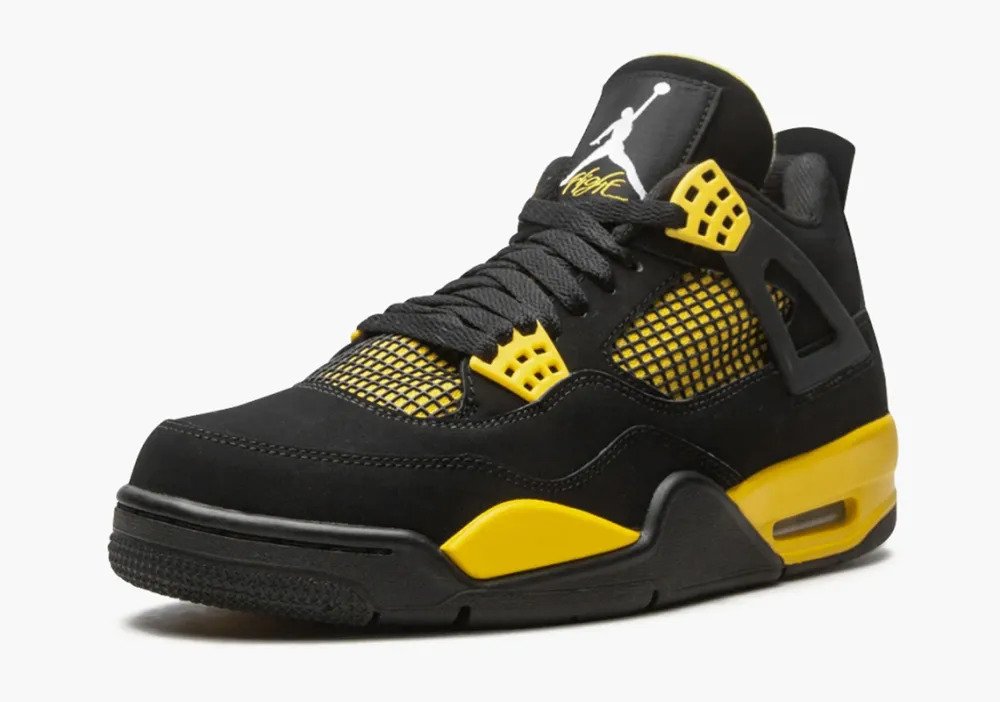