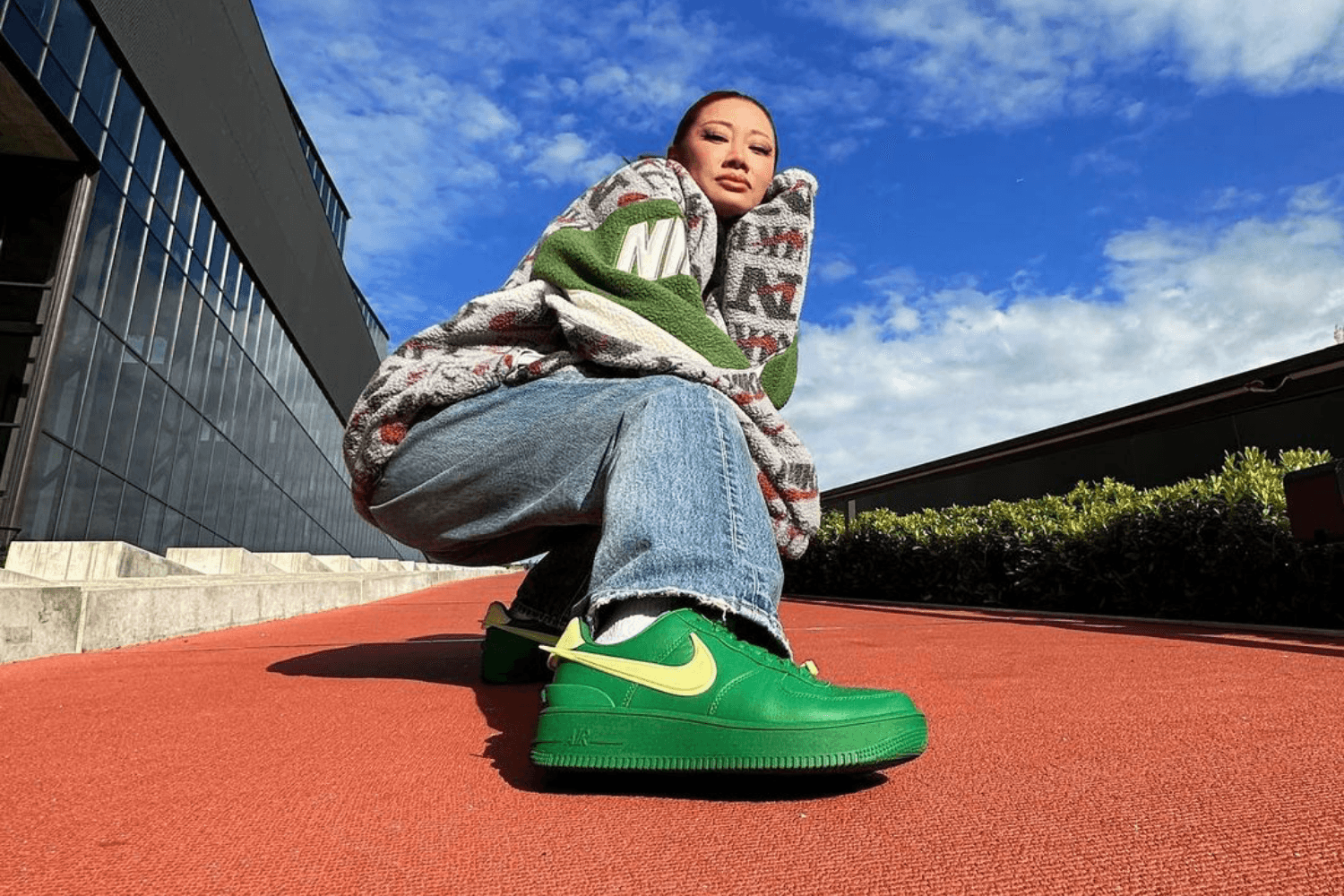 Yoon Ahn shows off a new colorway of the AMBUSH x Nike Air Force 1. In an Instagram post, the silhouette can be seen in 'Green/Yellow'. The sneaker also comes back with the signature oversized Swoosh. It is not yet known when the Air Force with AMBUSH will be released.

Yoon Ahn expands their collaboration with Nike and adds a new colorway of the Air Force 1 to the range. The two names have a long-standing partnership and have already released several colorways of the Nike Dunk High silhouette in recent years.

In 2022, AMBUSH, the brand of Yoon Ahn, brought back the Nike Air Adjust Force. Launched in 1996, Ahn reissued this model in several colorways. Now she is bringing her work back to the Air Force 1.

The Air Force 1 Low celebrates its 40th anniversary in 2022, so the choice of this silhouette is no coincidence. The shoe is reminiscent of AMBUSH's Dunk High designs and features a large Swoosh in the centre that extends beyond the heel. The model will be available in a colour combination of green and yellow.

The upper is green and made of leather. Yellow details are distributed across the silhouette. The heel tab is coloured yellow, as is the lace label on the toebox. An additional element on the heel provides stability and gives the silhouette a modern twist.

The AMBUSH x Nike Air Force 1 Low 'Green/Yellow' doesn't have an official release date yet. Just keep an eye on our release calendar and stay up to date with the latest info on sneaker releases. Also, don't forget to download the Sneakerjagers app so you don't miss any news! 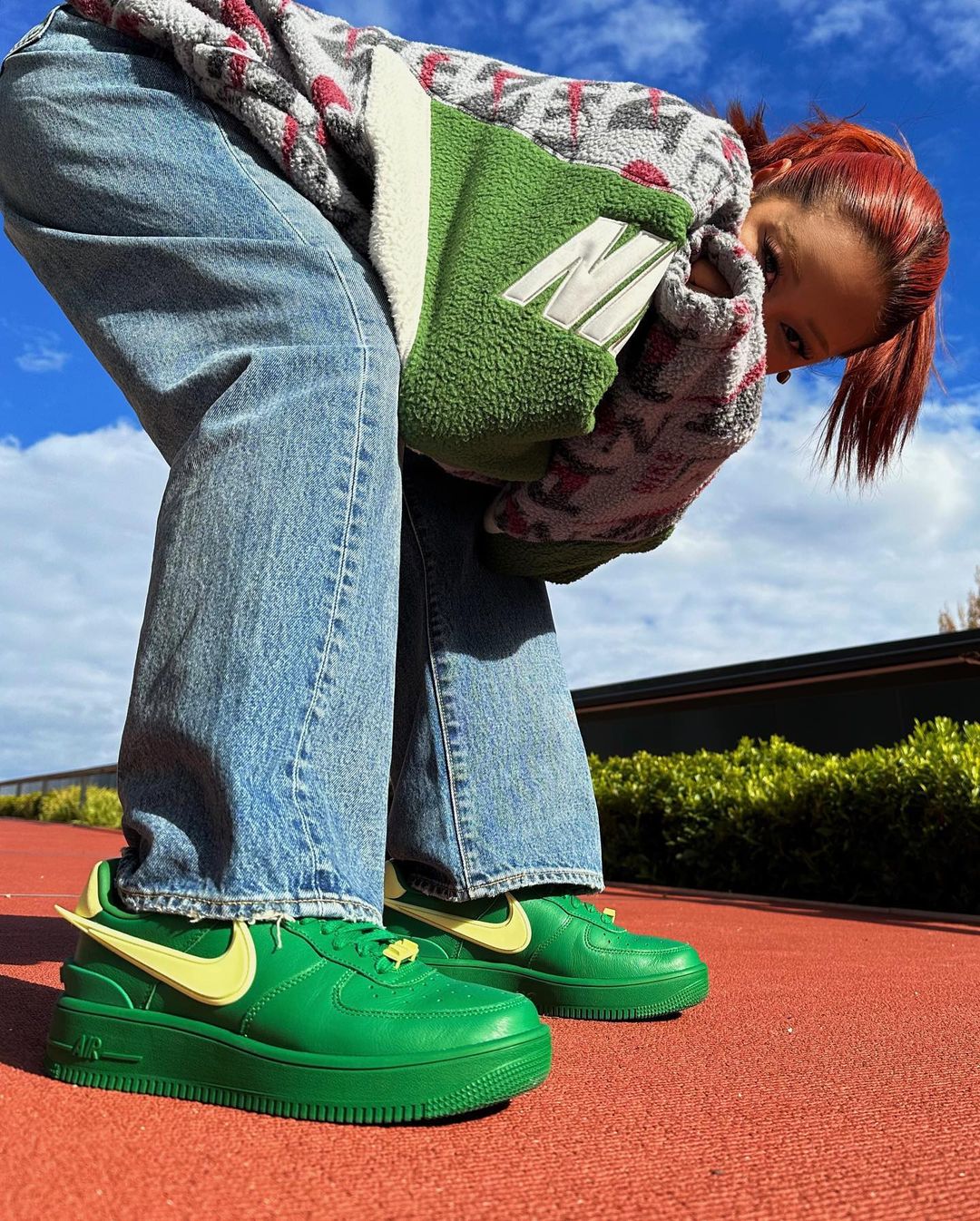 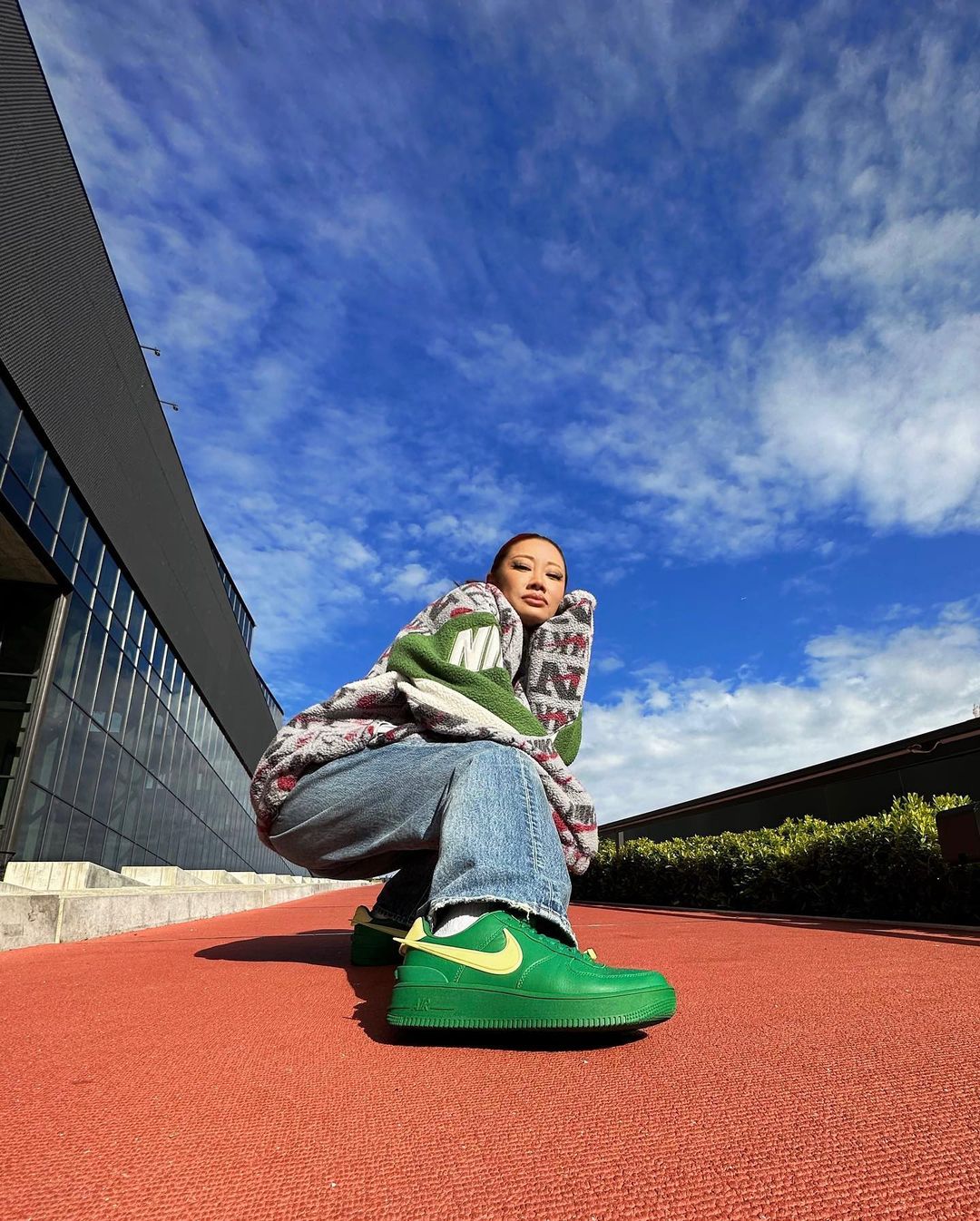 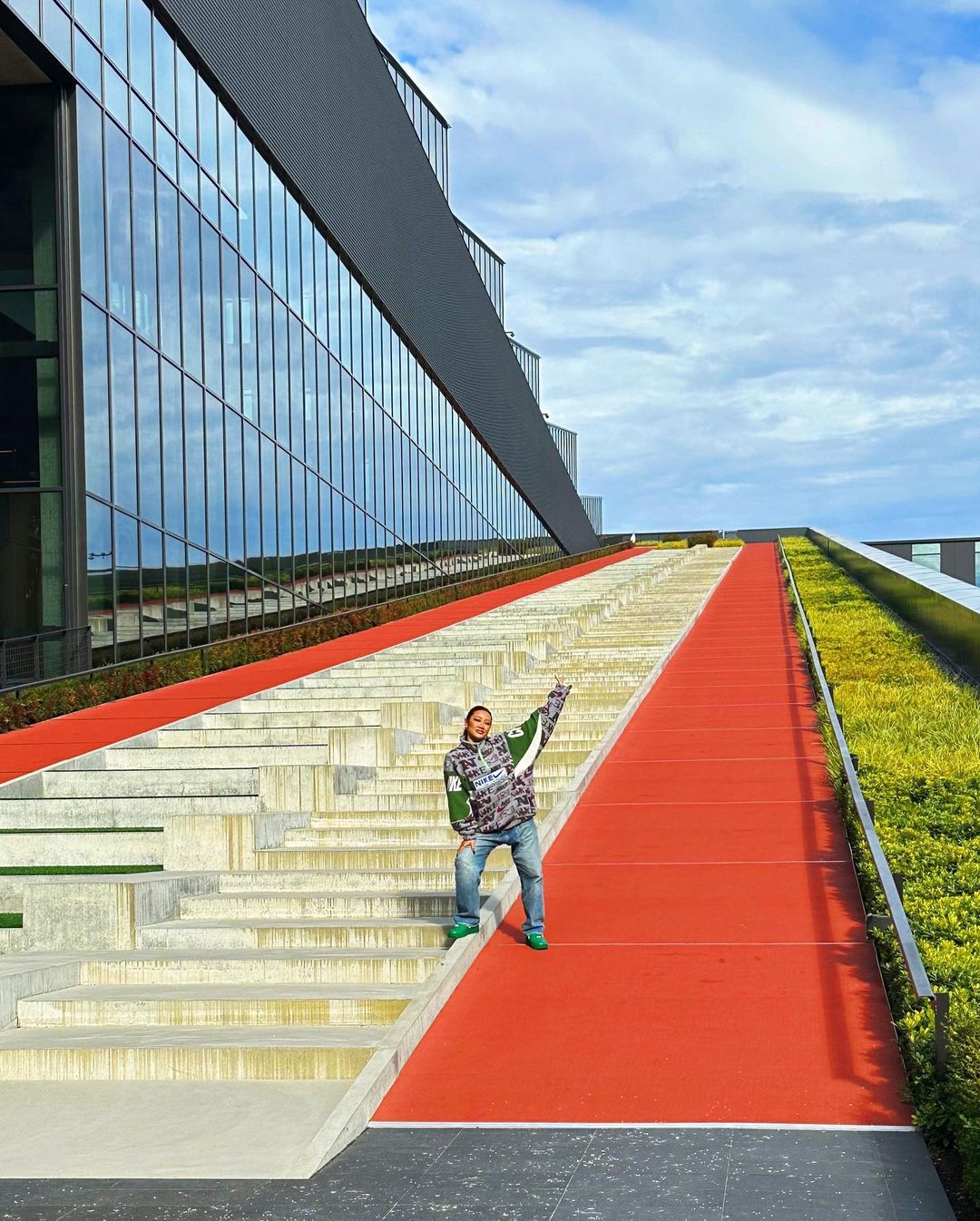 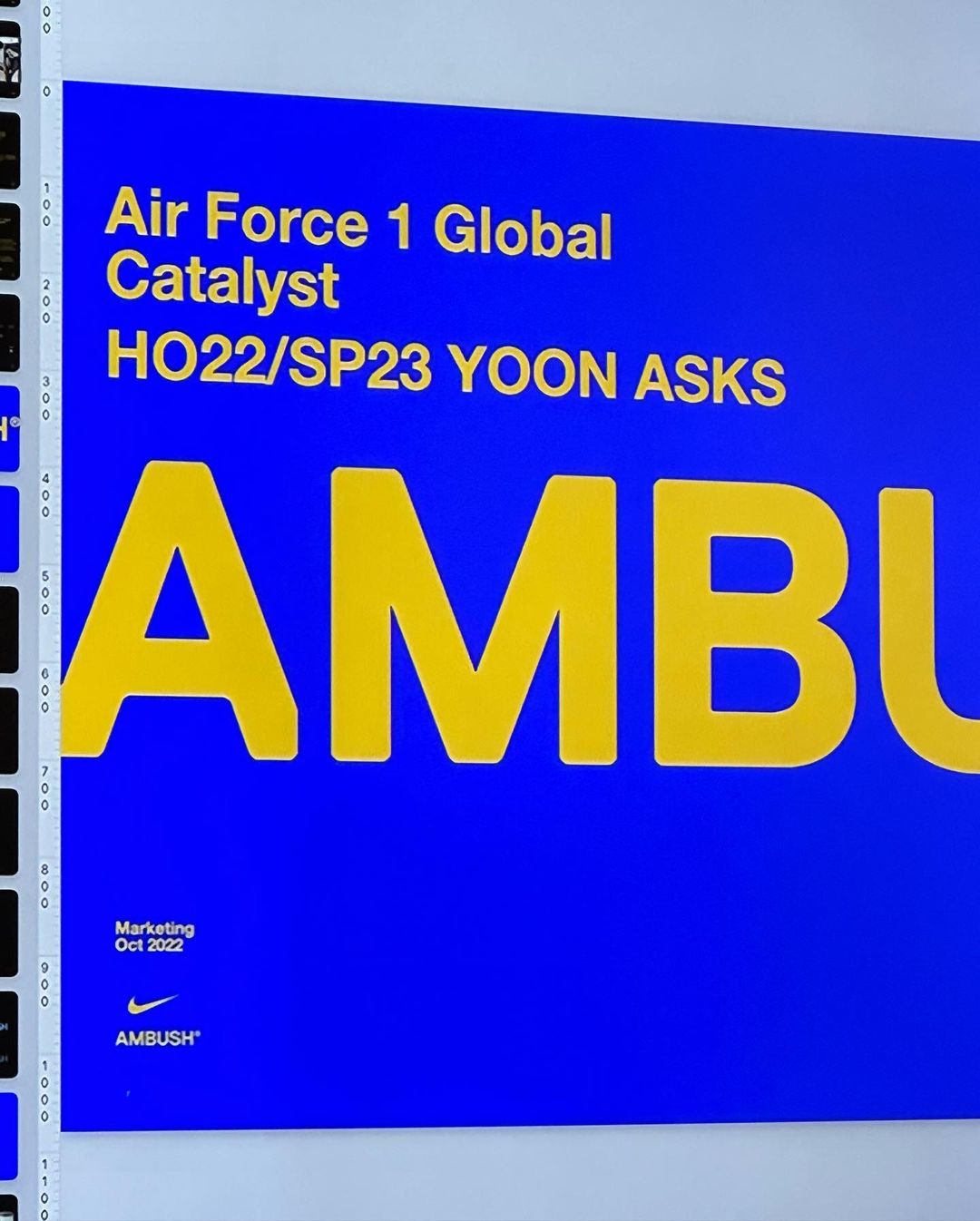