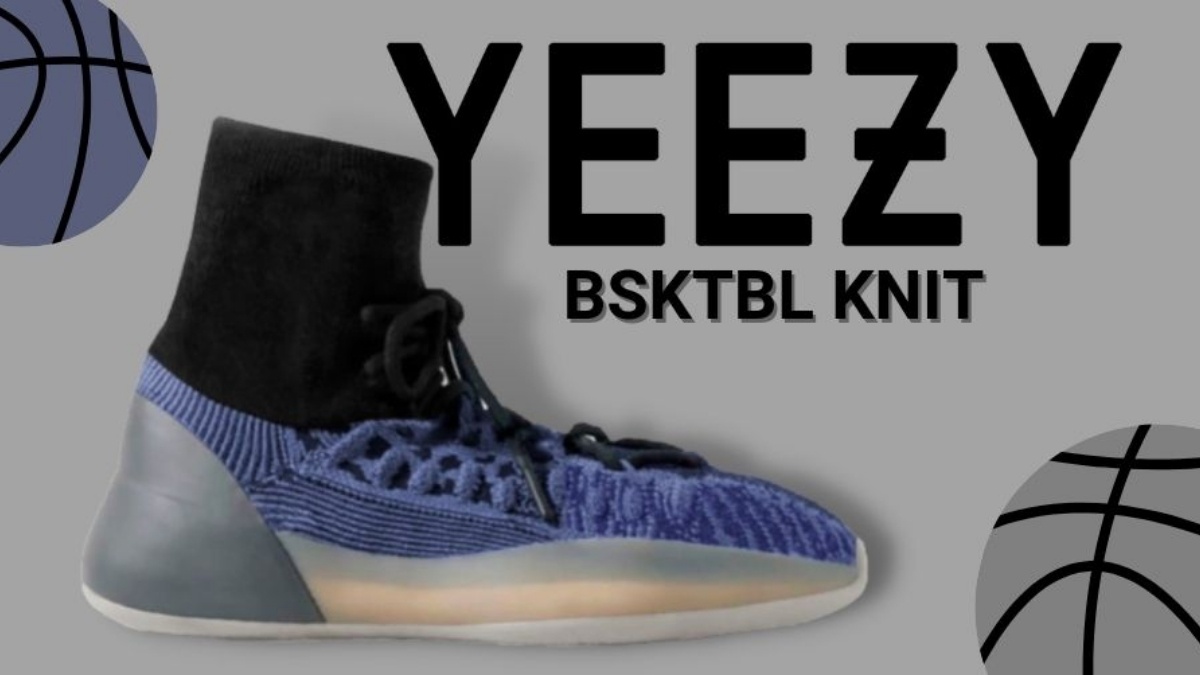 Yeezy is coming out with a new BSKTBL sneaker. The model will get a '3D Slate Blue' colorway and is expected to be released in 2021.

Kanye West has teamed up with adidas for a new sneaker. Yeezy's BSKTBL line already has a number of colorways including the 'Frozen Blue' and the 'Barium'. The BSKTBL line consists of clean designs and have dynamic waves on the upper.

The new Knit '3D State Blue' has a slightly different look than the models from the BSKTBL line we are used to. As the name suggests, the silhouette features a Primeknit upper. The dynamic waves have been replaced with a knit upper which makes it a flexible sneaker.

The Yeezy BSKTBL has a black high collar and a sock-like design. The collar is flexible and extends much further than the previous BSKTBL models. The upper of the sneaker combines two colours blue. The upper has no overlays or mudguards. The midsole does run through the upper and the pair has a reinforcing heel counter.

The Yeezy BSKTBL Knit '3D State Blue' does not yet have an official release date. However, the pair is expected to be released in 2021. Keep checking our release calendar to not miss this release. Also, don't forget to follow us on Instagram, Facebook and Twitter and stay informed about the latest news and updates.