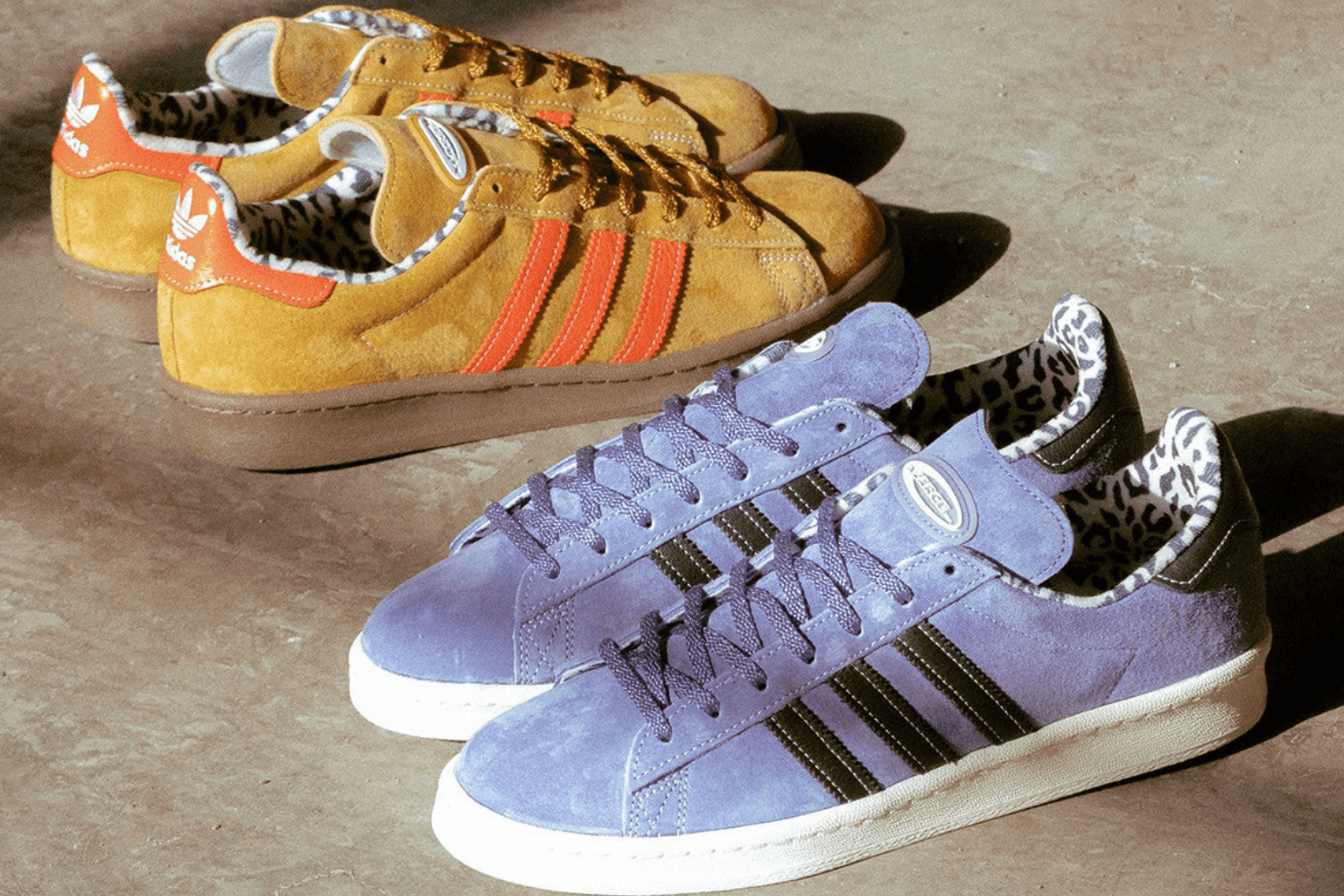 all retailers at a glance

XLARGE is a streetwear label from Los Angeles and will celebrate its 30th anniversary in 2022. XLARGE and adidas are celebrating this anniversary together with two new colorways of the Campus 80 model. In 2020, the two brands also collaborated and released an adidas Superstar with a giraffe print.

The Campus 80 comes out in two different colour schemes. Purple with black and brown with orange are featured. The purple colorway features a suede upper, wich is entirely purple, including the tongue and laces. The heeltab and the adidas stripes on the side are made of leather and are in black. The kicks are lined with a panther print in white and black. The XLARGE logo is printed on the tongue. This colorway has a white sole.

The other colourway has the same material on the upper. A brown colour covers the upper, laces and tongue. The three stripes on the side and the heeltab are in orange. On the heeltab is the adidas logo in white. The XLARGE logo is printed on the tongue in the same colour as the upper. This pair is also lined with a panther print in white and black. Unlike the other colorway, this sole is in brown.

Both XLARGE x adidas Campus 80 colorways is now available in the adidas CONFIRMED app and via several retailers. Just klick on the button to get an overview. 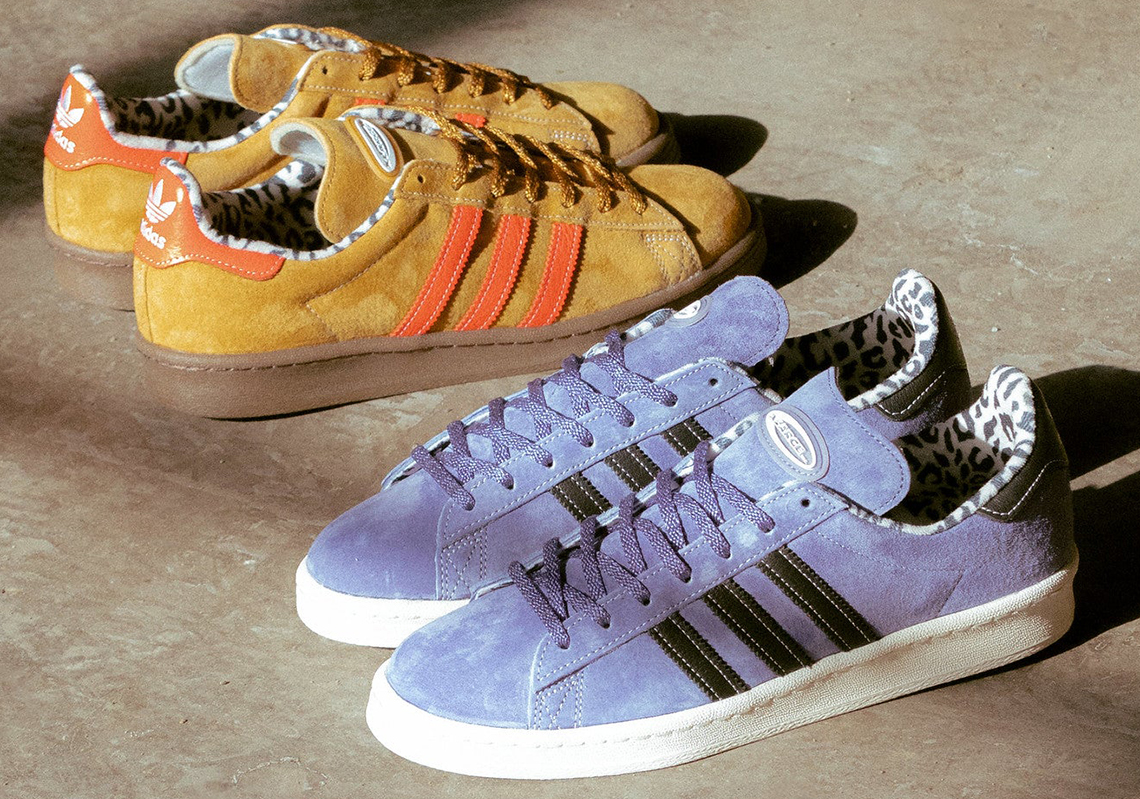 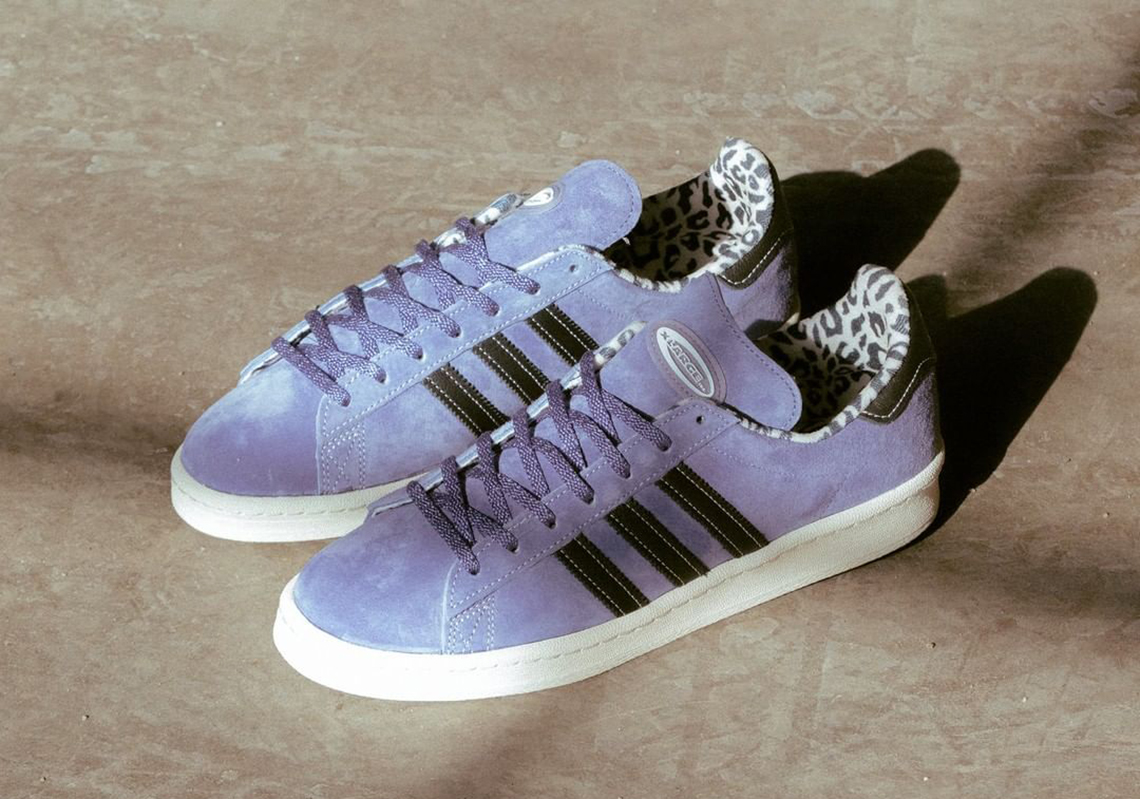 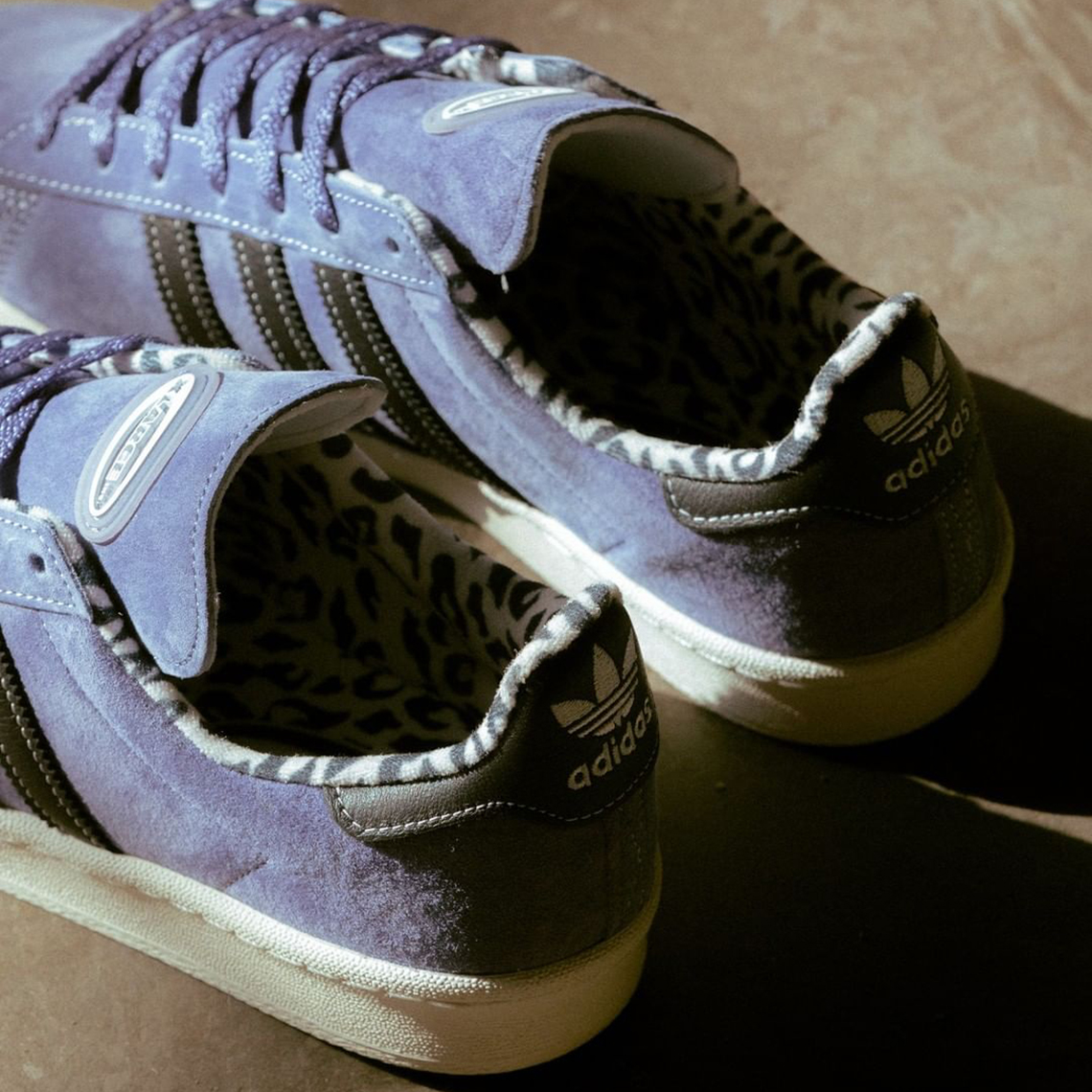 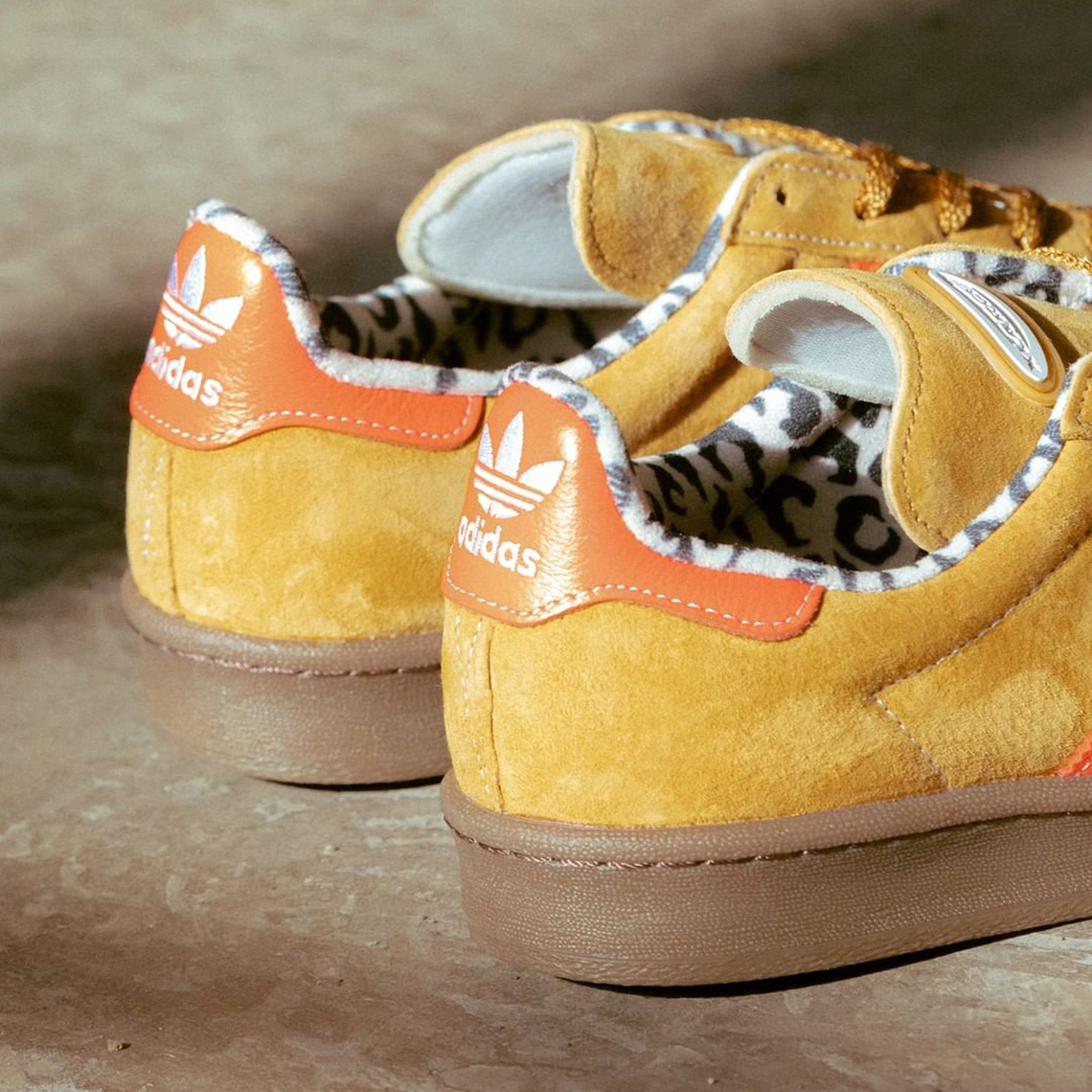 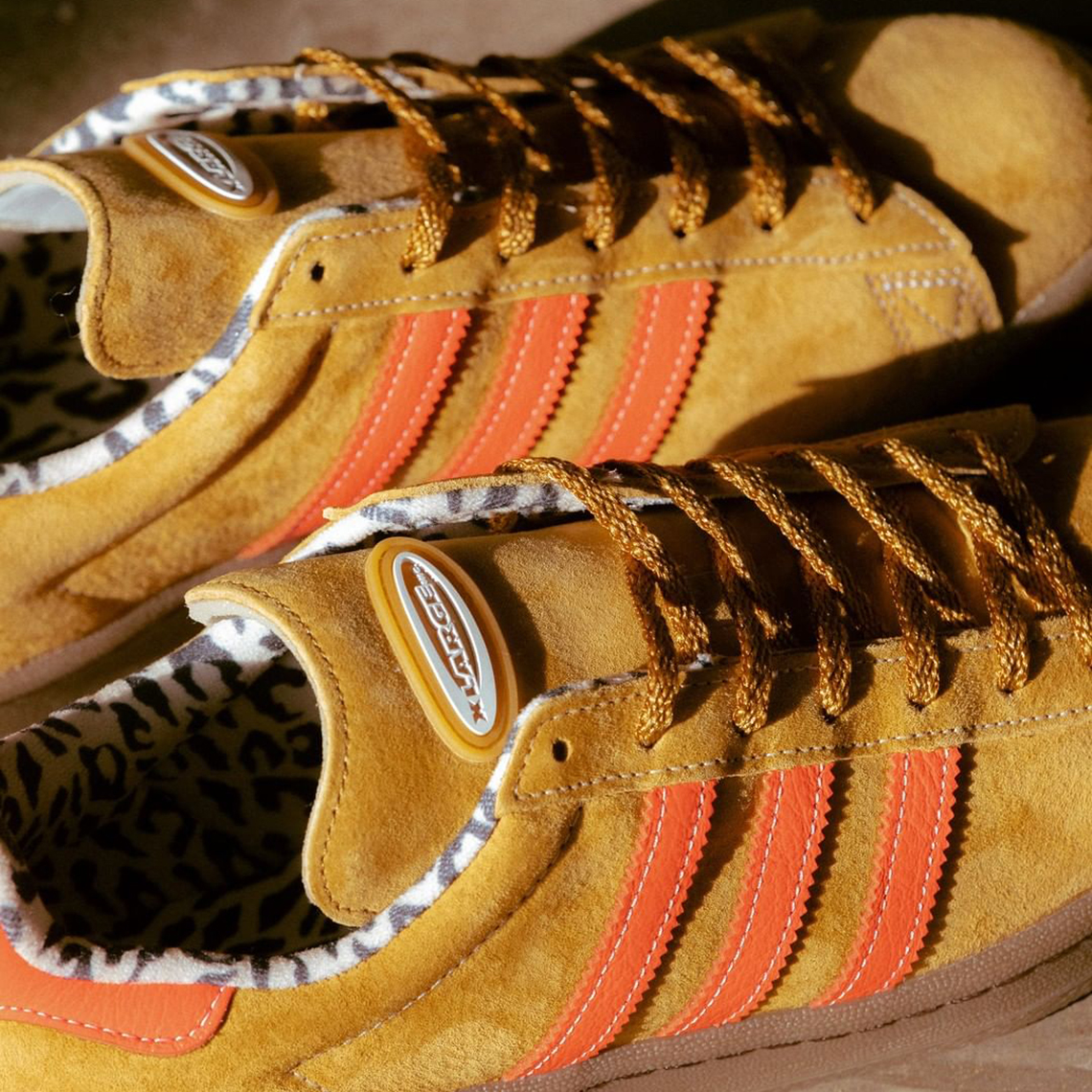