WMNS Club: The Nike Dunk Low Disrupt in the Spotlight 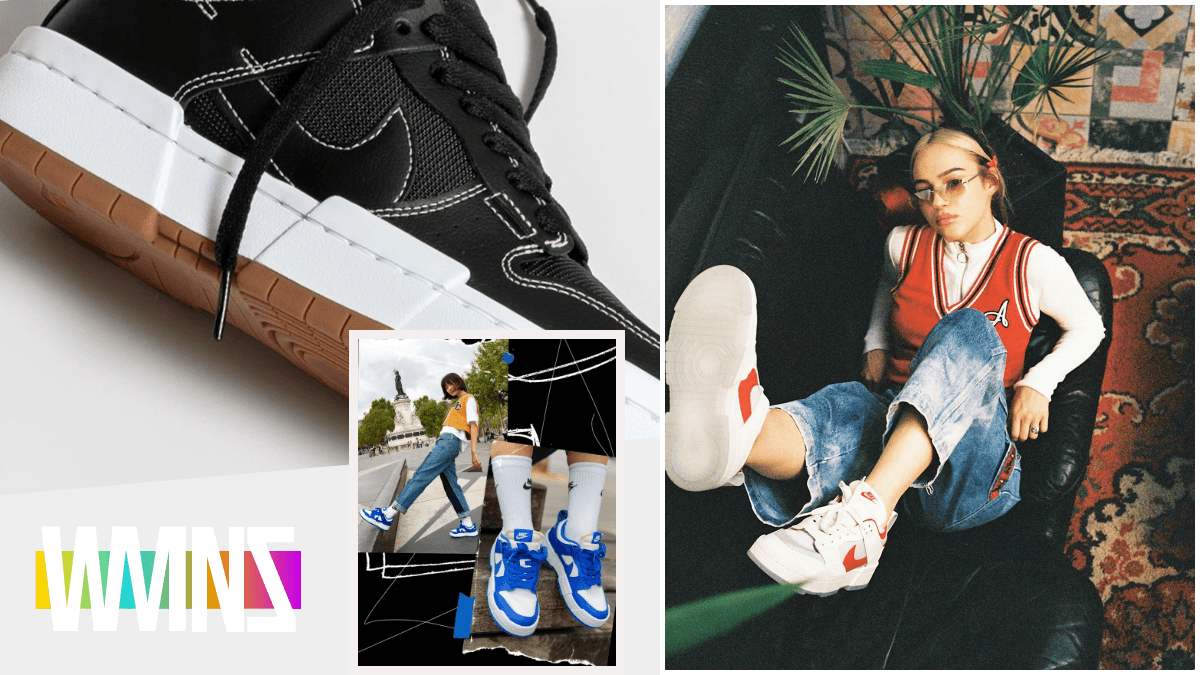 Girls, Nike has recently released some great sneaker designs exclusively for us women. Among them is the model of the Nike WMNS Dunk Low Disrupt, which was released just this year. If you follow the sneaker scene a little bit, you know for sure that the Dunk Low is THE model of the year. We've seen many special colorways, collaborations and re-releases, and to extend the legacy of this special look, Nike added the WMNS exclusive Dunk Disrupt.

It is a very modern version of the legendary design, specially designed for women. Here we get a mixture of familiar details and futuristic elements. The exaggerated proportions, the thick outsole and also the design lines give the shoe another dimension and a great look! The mesh upper with leather overlays is also very comfortable and supports the contrast in design and the chunky look.

The silhouette is also inspired by the Nike Air Train. A basketball shoe from 1984, so a certain retro touch is guaranteed. You can see that for example on the shoe tongue, which is not sewn around like on the Nike Blazer.

Since his first drop we get more and more special colorways on the silhouette from Nike. Fresh in stock are the two new Nike WMNS Dunk Low Disrupt 'Black' and 'Pink', which we want to introduce to you today. In the past the Dunk Low Disrupt Colorways have always been very popular and sold out quickly. With the buttons in this blogpost you can see all stores, prices and sizes of each sneaker!

The Nike Disrupt Low 'Dusty Pink' has a clean upper. This is because only one color is used here. The leather overlays and mesh base are combined with an oversized swoosh, a white midsole and a rubber outsole. In short, a beautiful, very feminine color scheme for this model.

The Nike Disrupt Low 'Black' is also a great sneaker. For the base of the upper part there was also used mesh in a black color. The overlays and the swoosh are also black here, but made of leather. These parts have white seams that make the style special. The white midsole and the outsole make for the complete look!

Recently the Nike Dunk Low Disrupt Panda has also been released. A sneaker with a white base and black overlays that contrast with the silhouette and give it a very special vibe.

Are you still there? Of course we have a lot of other styles of the Swoosh Brand on offer besides the Dunk Low Disrupt. In our sneaker collection you will find everything from Air Force, Air Max to Air Jordan!