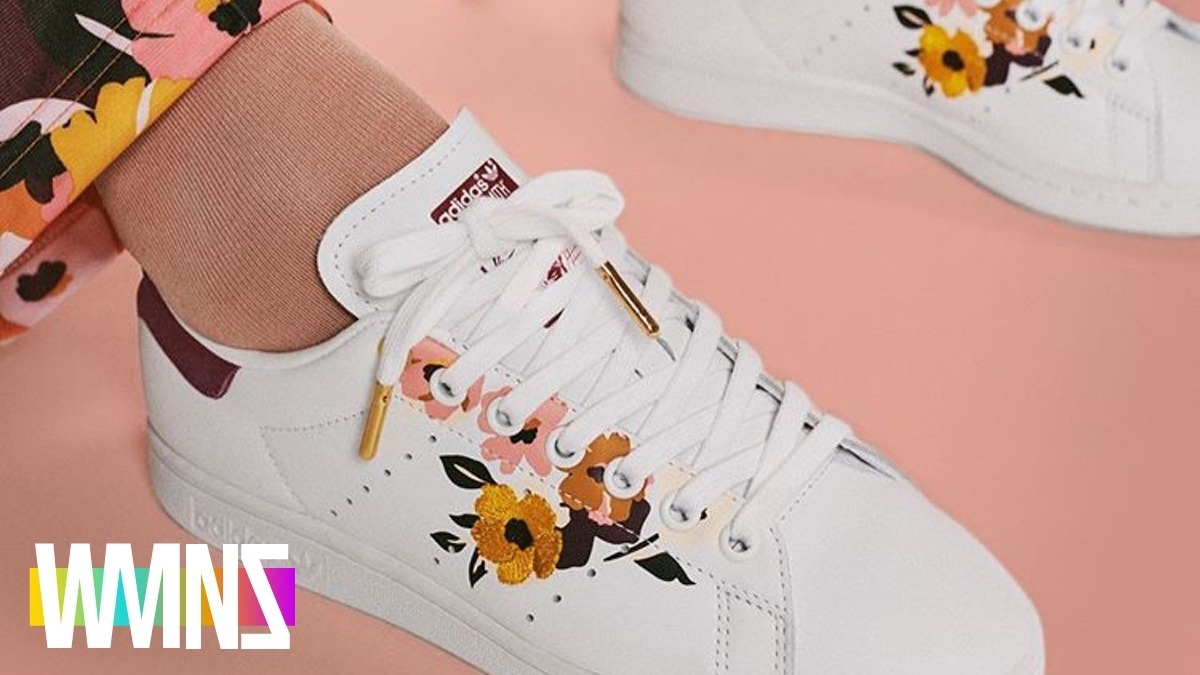 We are starting today with Contentinal 80. Originally designed as an indoor shoe, the 90s kids probably still remember the many performances at the indoor ball games. The sneakers were not allowed to leave any annoying black stripes on the floor of the hall 😅. With its two-part or double cup sole made of natural rubber, the Continental ensures particularly soft wearing comfort on the hall floor. The Continental has the great decoration with flower print, as well as golden and power berry accents.

We continue with the minimalist classic, the Stan Smith. If you want an all white shoe, you probably have it in your shoe collection. And even ladies with a slightly Scandinavian style swear by this sneaker. The sneaker, which was once developed as a tennis shoe, is definitely cult material and anyone who has ever wondered why this sneaker has been given such a 'human' name: This sneaker was named after the then aspiring tennis player Stan Smith, who won the US Open in 1971 and Wimbledon in 1972. In the HER version, the Stannie Smith has also received the Colorway Cloud white / Power berry / Gold metallic and is similar to the Continental 80 in the construction of the Colorway.

One of the most important adidas Classics has also made it into the collection: The adidas Superstar and then twice. Classic and in the bold version. The basketball sneaker can also be called a legend. It went down in history as the first low-top basketball sneaker in which the upper was made entirely of leather. I especially like the dip dye effect of the 3 stripes in the Power Berry version. Do you remember? This design element already existed yesterday on the pretty hoodie >> 💜

In the version below, it has followed the chunky / plateau sole trend and has been given a raised sole. In my opinion very stylish and in combination with the HER Studio design a very feminine and stylish sneaker. The 3 adidas stripes, the heel as well as the logo on the tongue are coloured in Vapour Pink and the chains with blue, black and grey flowers decorate the sides. In total, very chic this thing 👌

I never had the SL Andridge Sneaker on the scene before adidas brought this retro running back into the limelight at the beginning of the year. The sneaker made its first appearance a very long time ago, at the 1972 Olympic Games in Munich. At that time it was considered "The Shoe Ever To Sport"! This sneaker is the only one in the HER collection that has received both of the aforementioned Colorways. And with the Power Berry, here again my favourite dip dye effect!

I kept the last sneaker of this series for the adidas Falcon. If I may choose it, this one is my favourite of all the sneakers in the Power Berry Colorway! Chunky look, the typical figure elements and then actually almost the whole upper has been given the flowers. The golden details make it harmonious and power berry is distributed over the upper. So for me everything is right here. Yes okaaaaay, I am subjectively influencing you, because I have fallen in love with this Colorway 😍

Click here for the adidas x HER Studio collection >>

Before I talk you into the Falcon even more, I will let you browse through the whole collection in peace. Have fun shopping at adidas x HER Studio - the sneakers and ci vediamo domani 💋