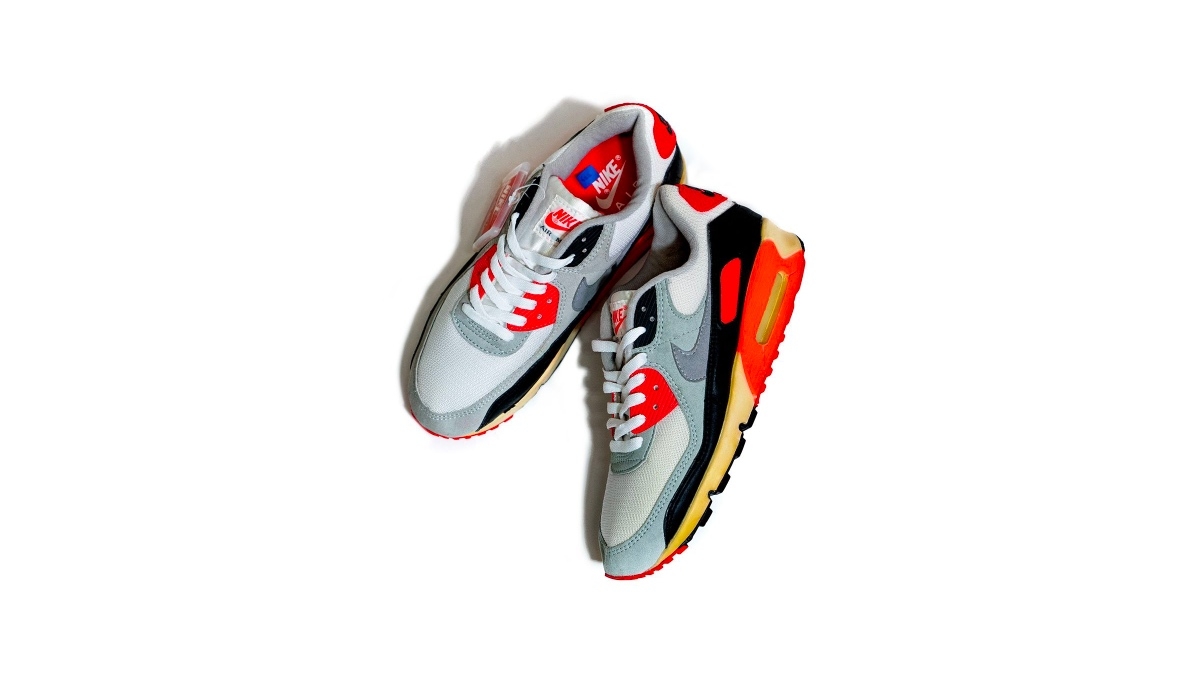 "The shoe with the fast look."

…that's what people said when they first saw the Air Max 90. It's been 30 years now since the all-time favorite of many people around the world was first released. Here comes: Nike Air Max 90 - A story.

Nike pioneer Tinker Hatfield created another shoe that would go down in history shortly after the Air Max Light. There were a number of color variations in 1990, but it was the 'Infrared' (originally 'Hyvent Orange') that made the biggest impact on the crowd. (see above)

More unforgettable Air Max 90 models followed. The Escapes, Pythons, Laser Blues, the MX Orange and the Courir x Nike Air Max 90 "Denim", exclusively available in France. This shoe was the first one to be created in a collaboration and was available in women's sizes only. The shoe kept collectors on their toes for years & is considered one of the best 90's ever: Thumbs up to the Nike Air Max 90 and what a story!

2006: Amsterdam followed and released the infamous Air Max 90 "Homegrown", which was produced as a promo model for the local music label "Top Notch" and named after a CD release. Patta, was a new store at that time, which caused a sensation in Amsterdam and developed into a strong brand over the years. They had many other collaborations with Nike and agreed to support the design process.

The design of the Air Max 90 has always embodied chic elegance, but also a lot of background and lifestyle embodiment of different social classes. And now this iconic Nike silhouette celebrates it's thirtieth birthday! ? We went on a search for people who, despite their different lifestyles, all feel one thing in common. Love for the Air Max 90 since day 1! Be excited about part 2 and look forward to a surprise from us for you! We just say, get out your popcorn and make yourself comfortable! ❤️