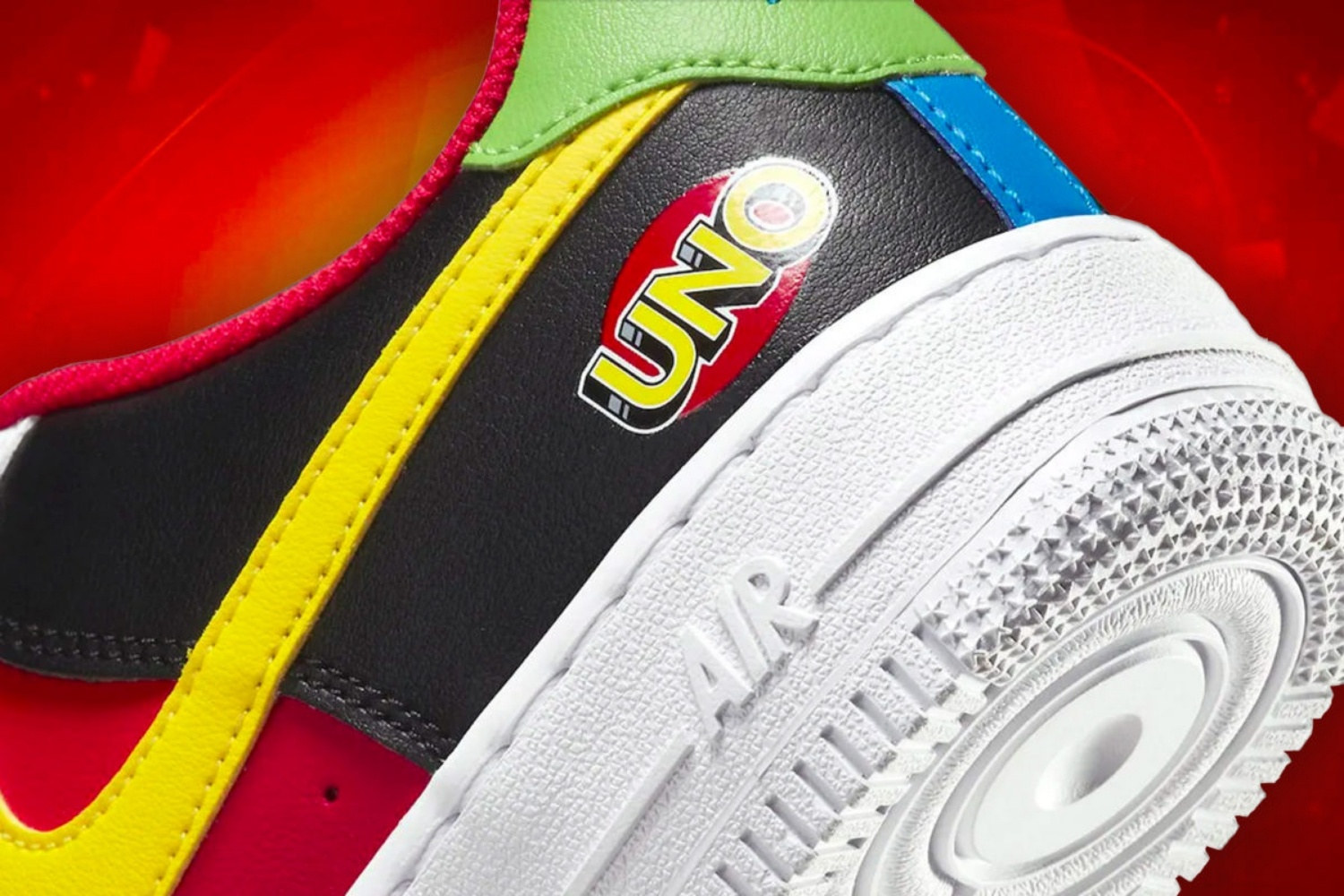 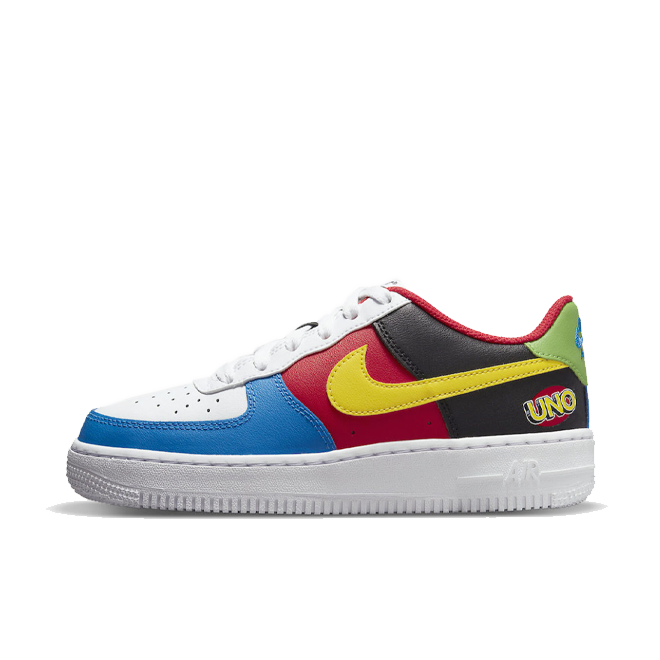 For the 50th anniversary of the card game UNO, Nike releases the UNO x Air Force 1 Low. The sneaker is completely themed to the game and comes dressed in the familiar colours of the cards.

Uno is an American card game with cards that consist of four colours that are numbered from 0 to 9. There are also a number of other special cards included. The aim of the game is to get rid of your cards as quickly as possible. Don't forget to shout "UNO!" with your last card.

There are a lot of elements on the upcoming pair. These all refer to the card game and its 50th anniversary. For example, the colours blue, red, green and black can be found on the upper of the sneaker. These are the colours of the cards in the game.

Furthermore, the tongue is dressed in a black jacket. White laces are placed over this. The toe box and soles of this pair are white as well. On the heel, the logo of UNO is stitched. Furthermore, on the insoles you can find a black UNO card, on which '50' is written in white, referring to the 50th anniversary of the game.

The UNO x Nike Air Force 1 Low has not yet received an official release date. Keep an eye on our release calendar and follow us on Instagram, Facebook and Twitter to not miss anything from this release. 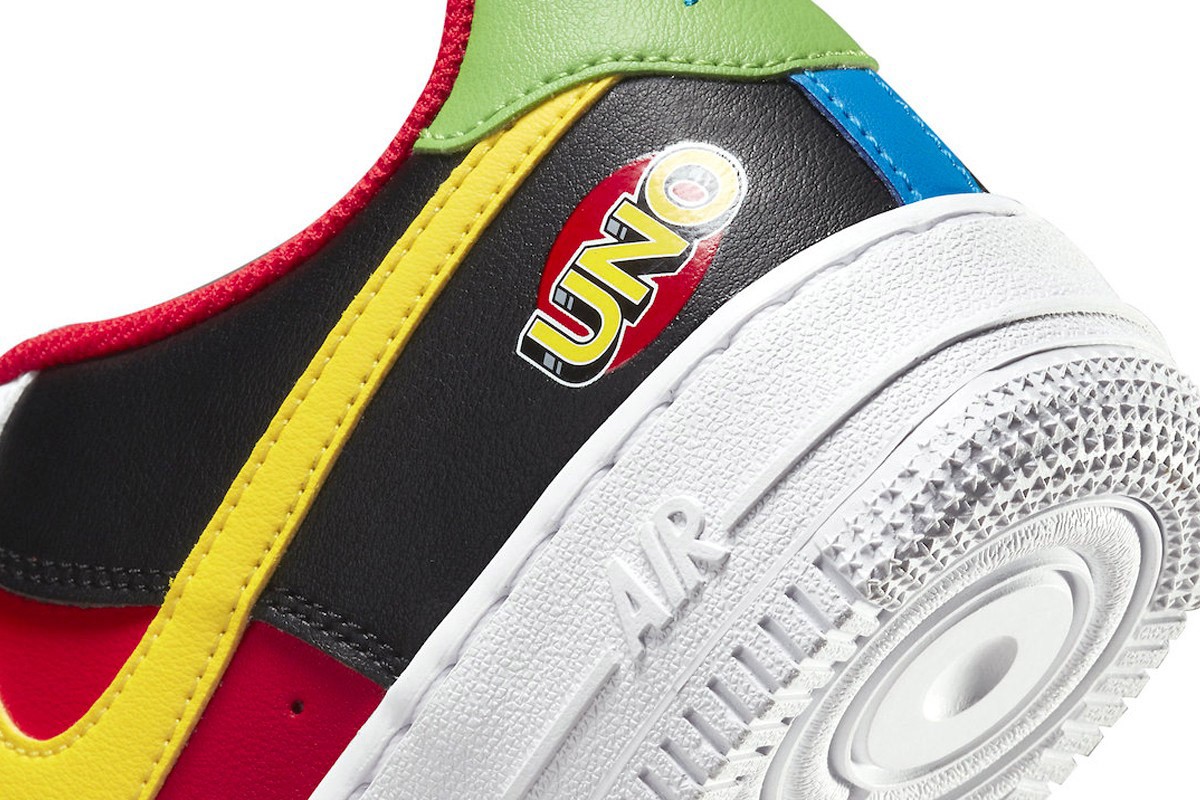 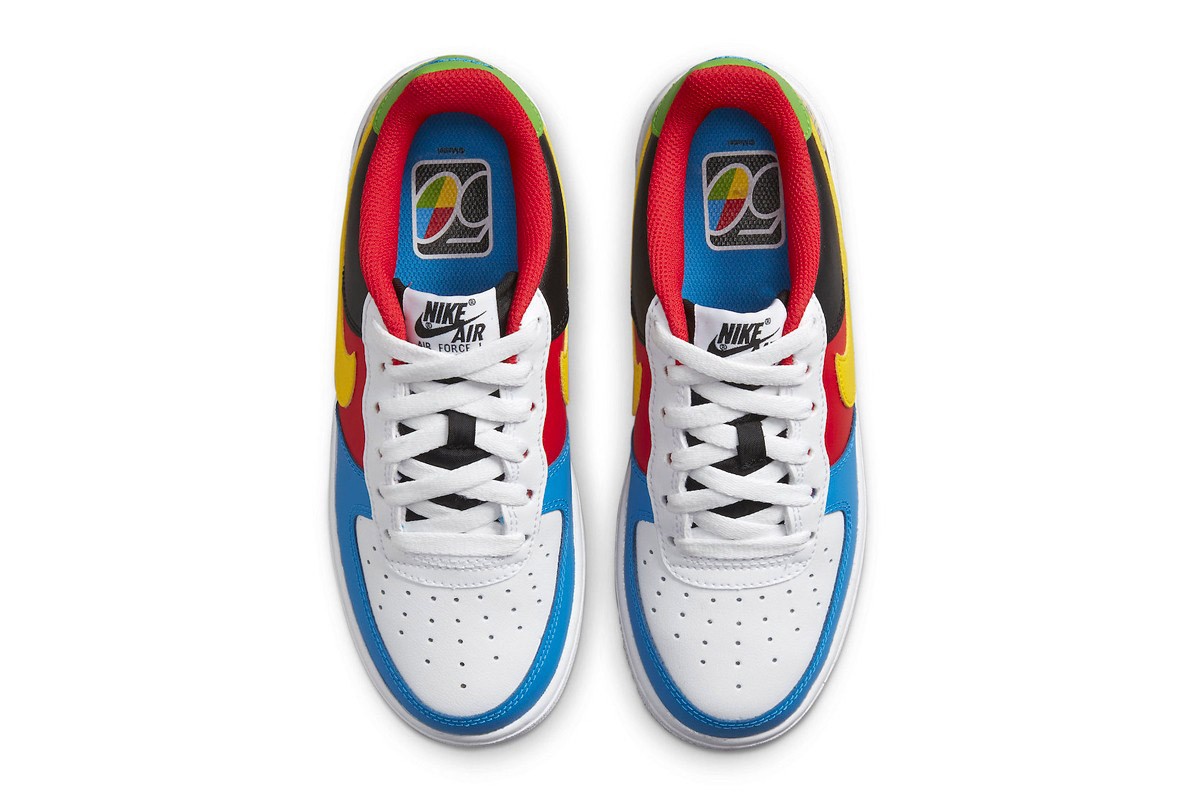 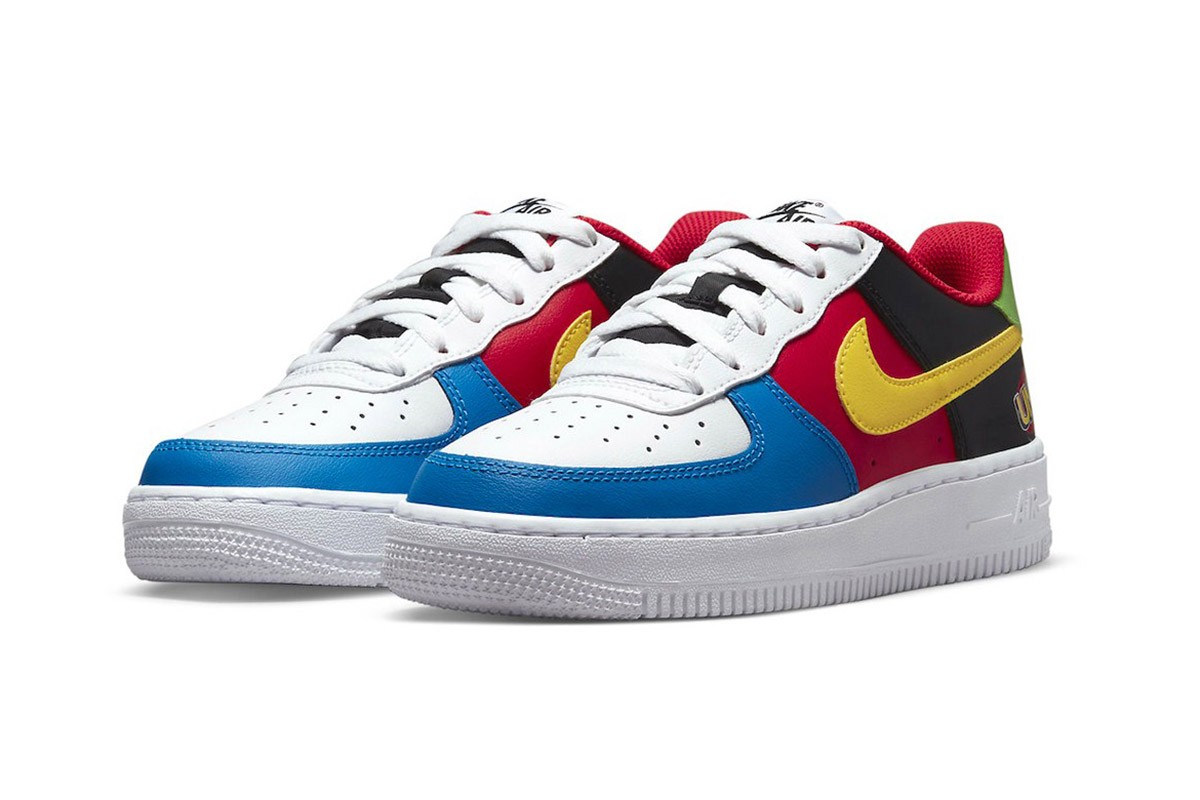 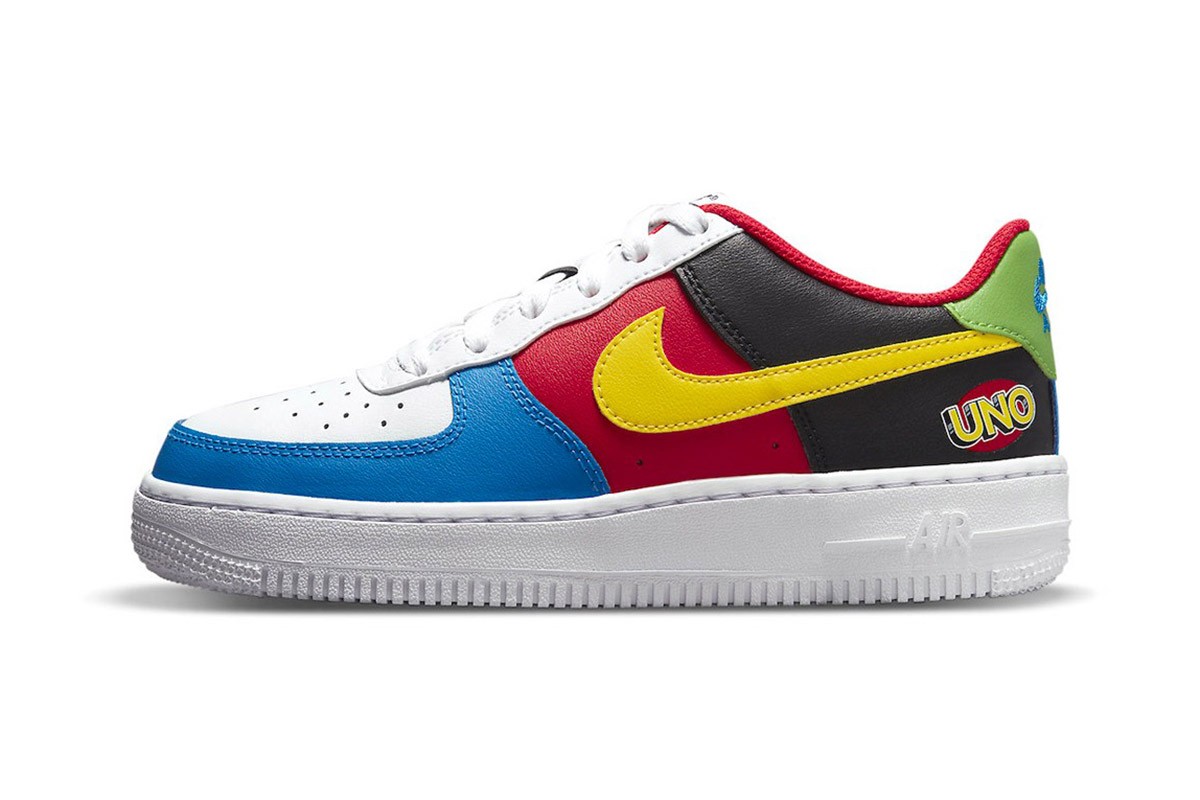 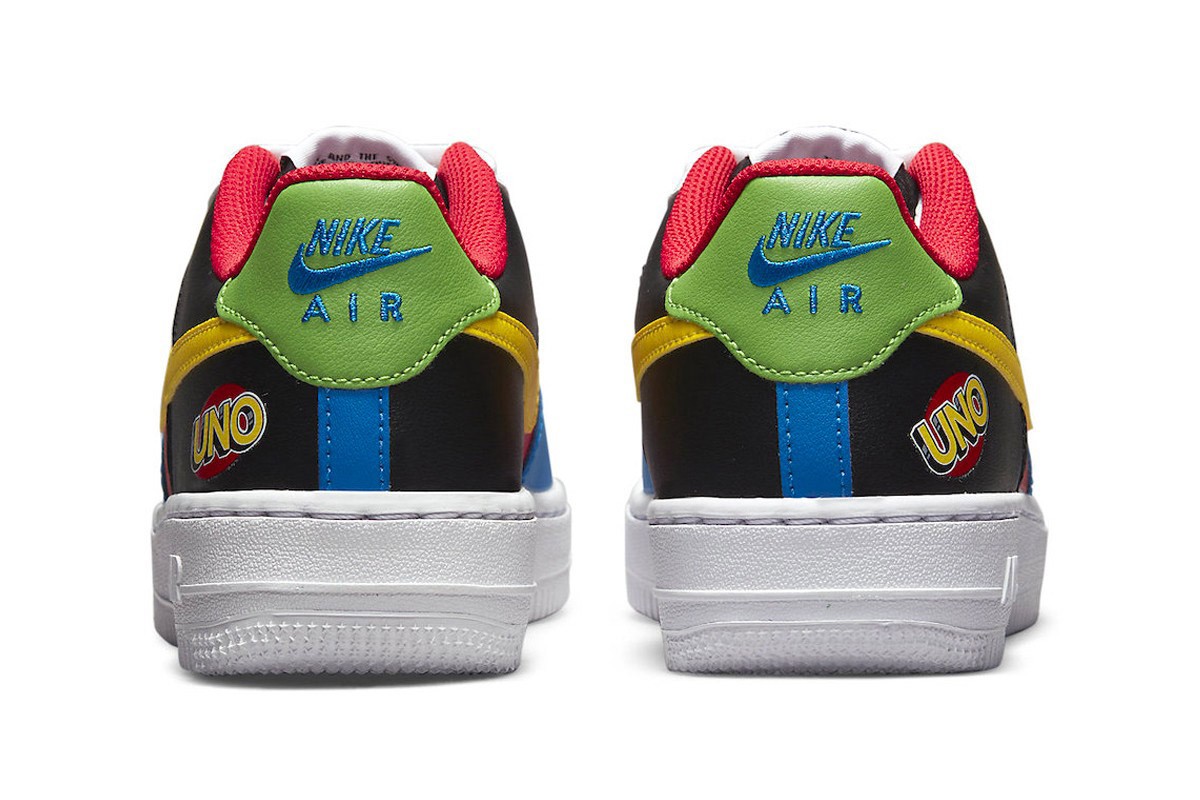