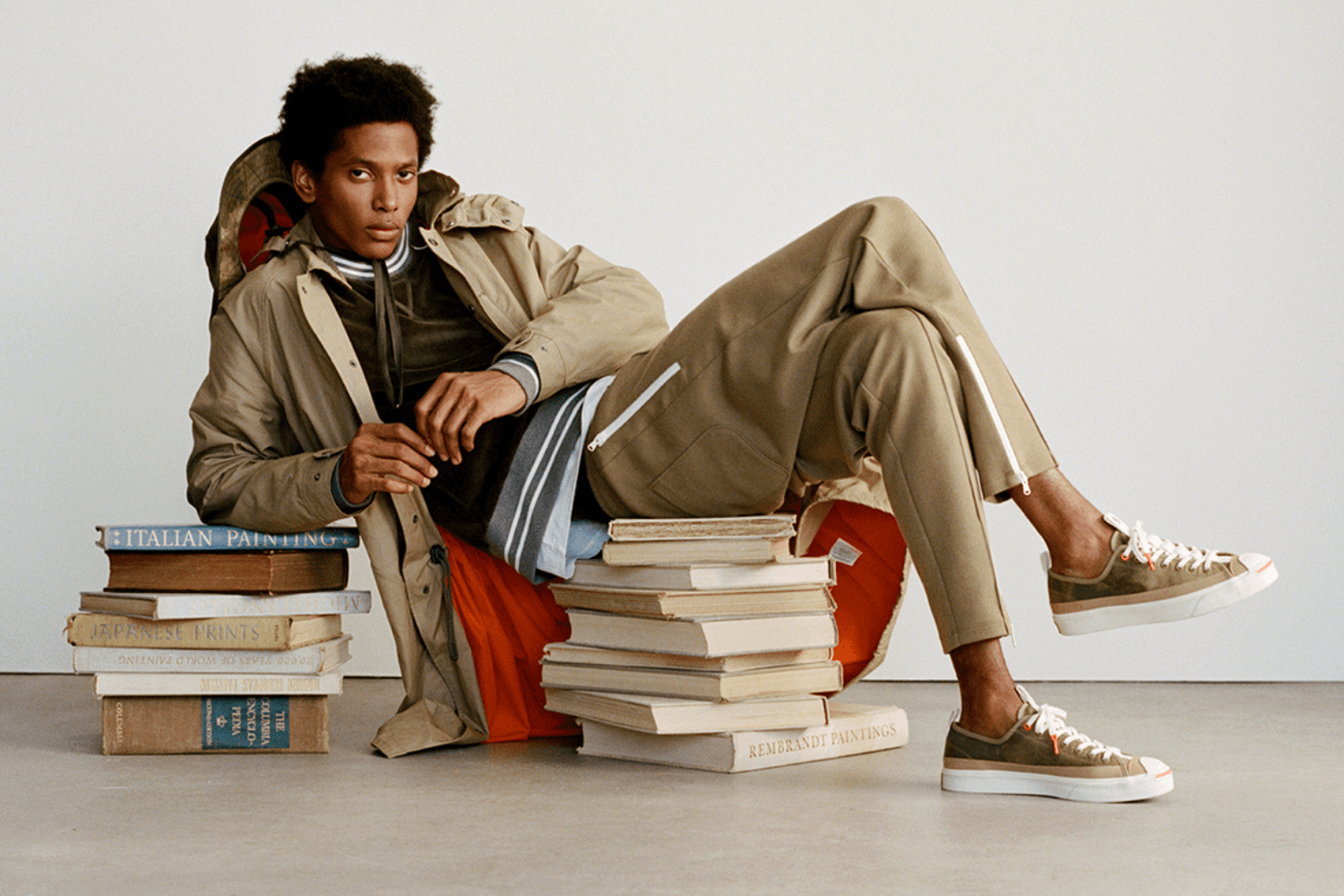 Check out the kicks in our release calendar here

Todd Snyder and Converse are working together again on a collection. They start 2022 with the 'Rebel Prep' collection which includes a Chuck 70 and a Jack Purcell, as well as some apparel. Todd Snyder is known for combining streetwear with traditional materials.

The Chuck 70 has an army green upper. The sneaker is lined with an orange colour. This contrast is visible on the edges of the panels and the nestles have the same colour. The silhouette has a mudguard in a beige colour with 'Todd Snyder' stamped on it. The laces, pull loop and sole rim are the same white colour. The sole has been given an extra texture around the nose.

The Jack Purcell has a similar colour scheme, but not quite. The upper is made up of different shades of green and brown. The lining of this pair is also orange, but the edges remain army green. The upper lacing eyelets and nestles do have the orange colour. The front stripe on the nose is also orange. The beige mudguard runs across the toe and, like the Chuck 70, has 'Todd Snyder' written on the side.

Besides these kicks, there are also clothing items in the collection. Joggers, jumpers and jackets appear in the same style as the sneakers.

The entire Todd Snyder x Converse 'Rebel Prep' collection will be released on Thursday, February 3, 2022 on the Converse website. 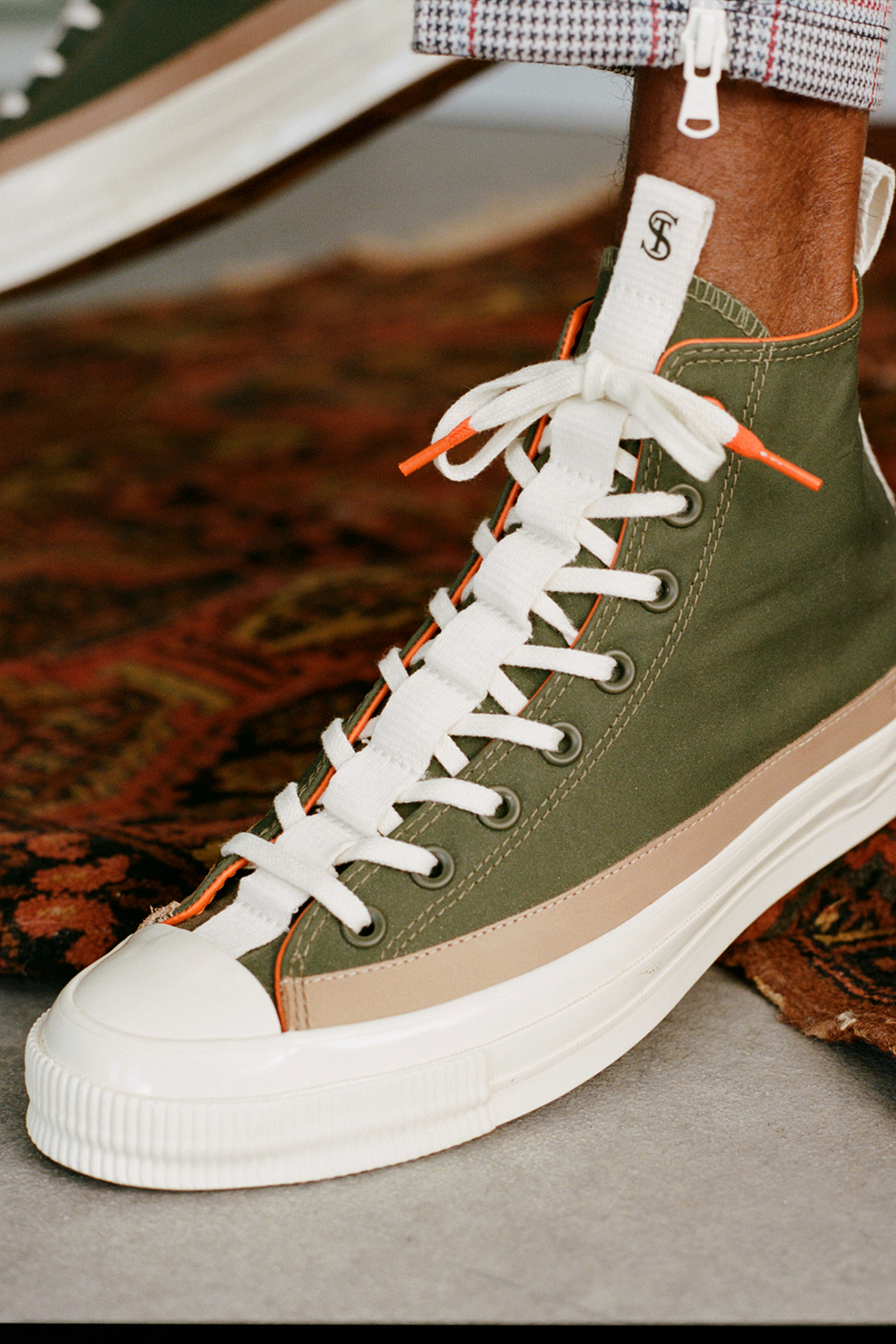 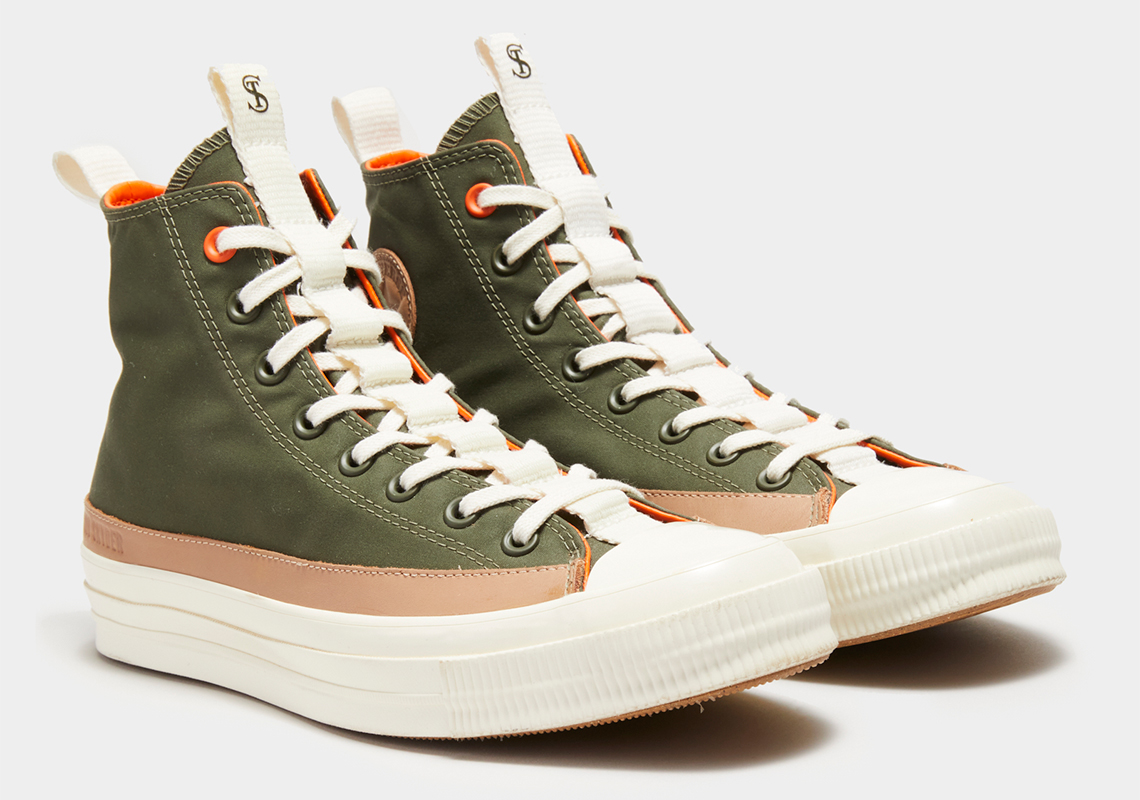 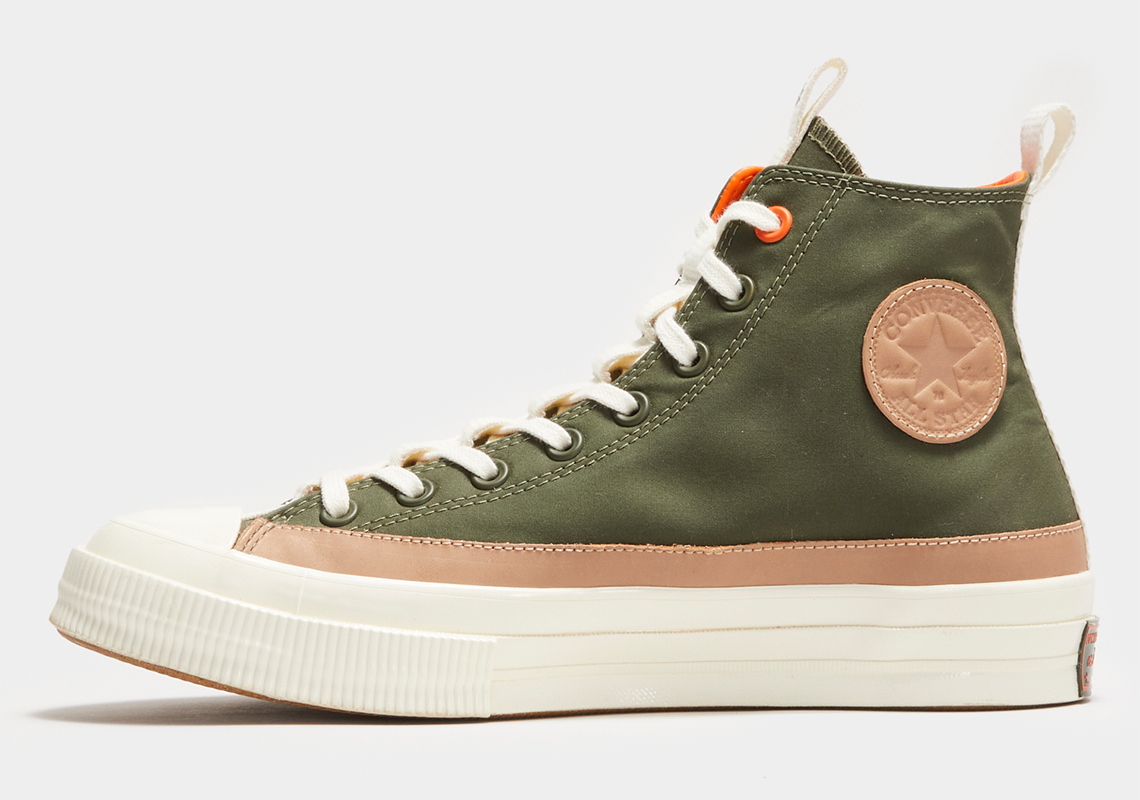 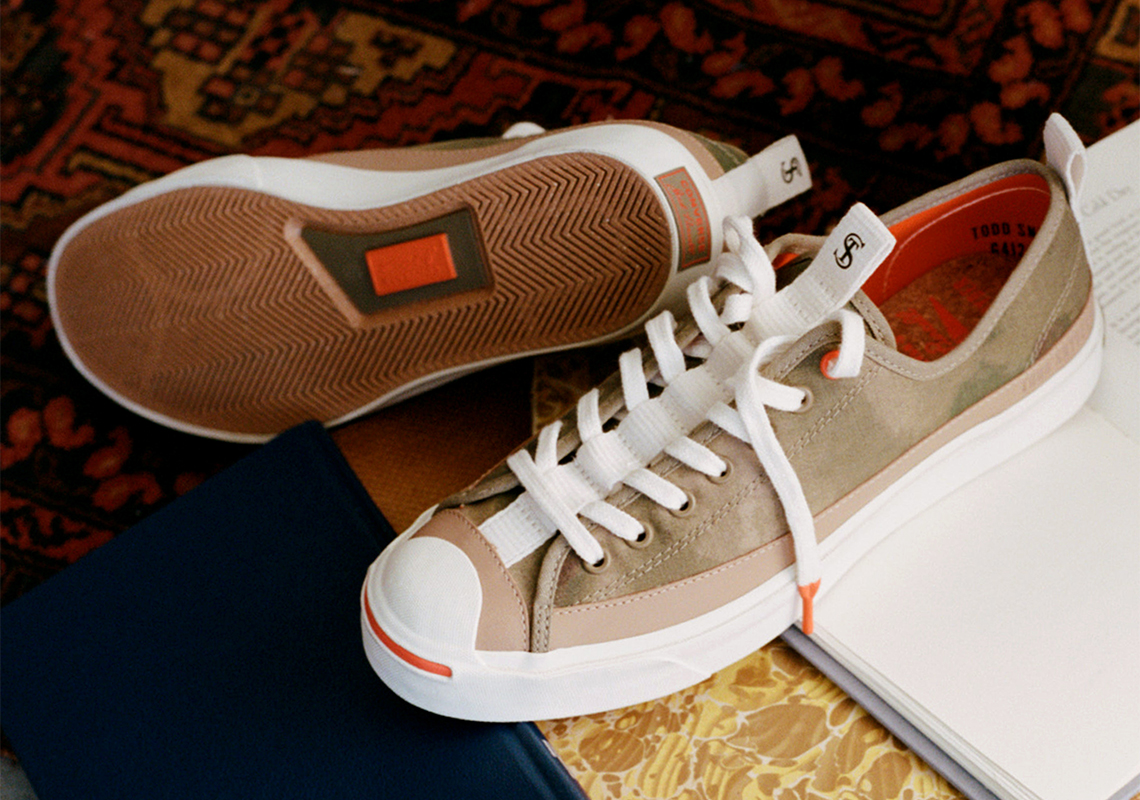 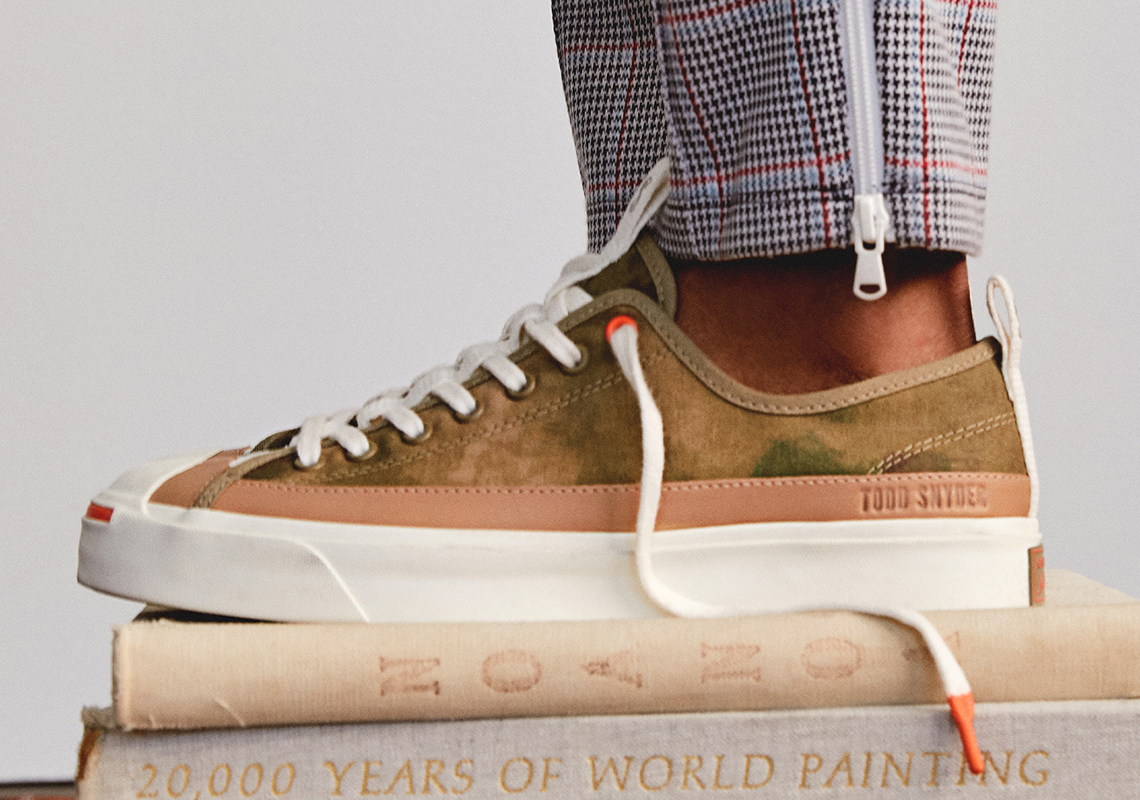 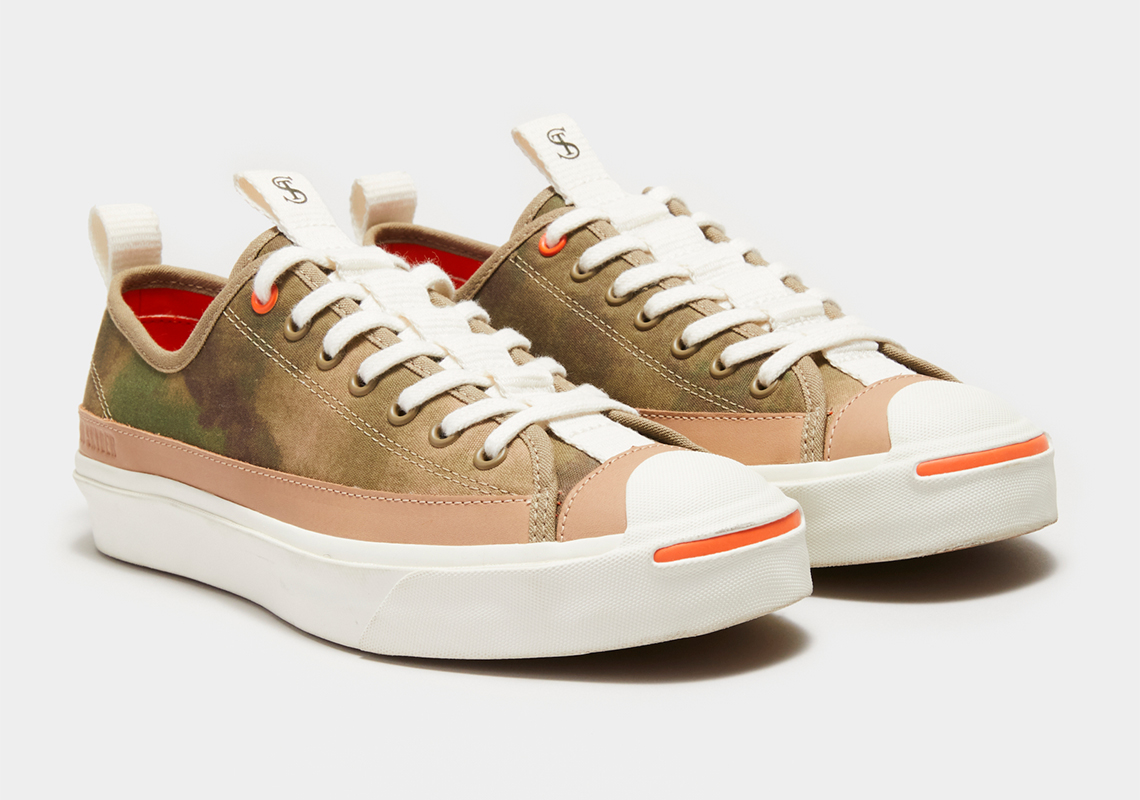 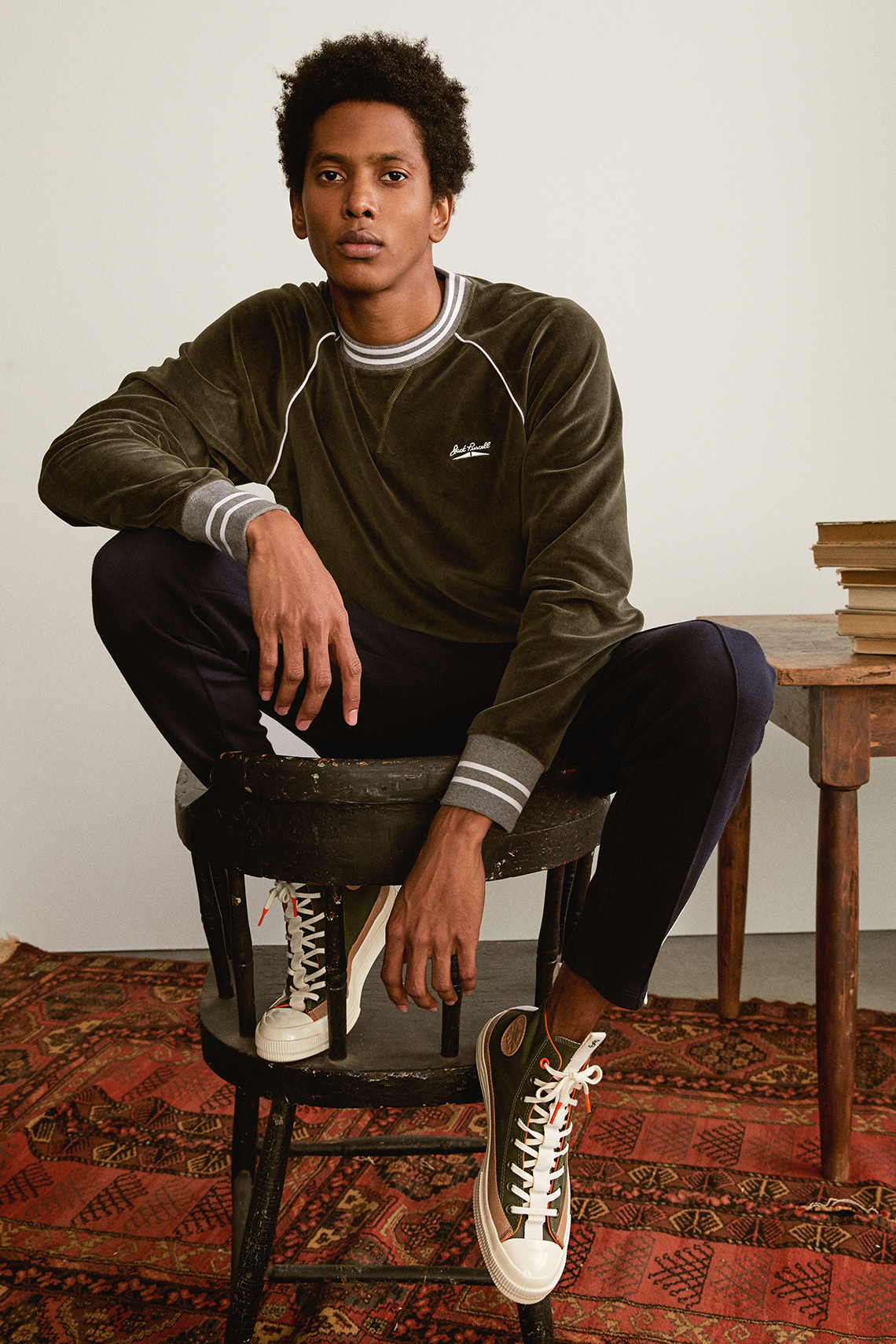 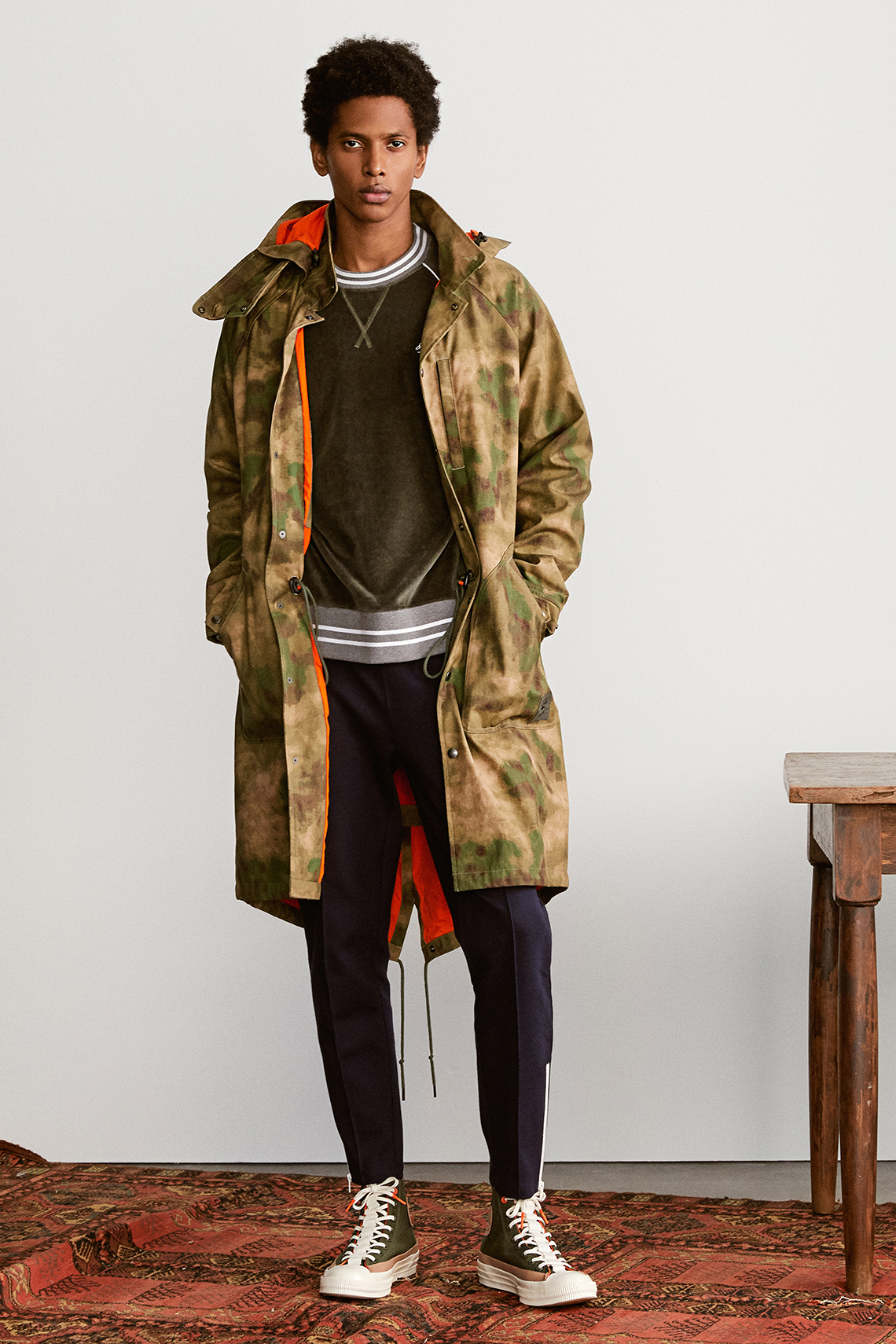 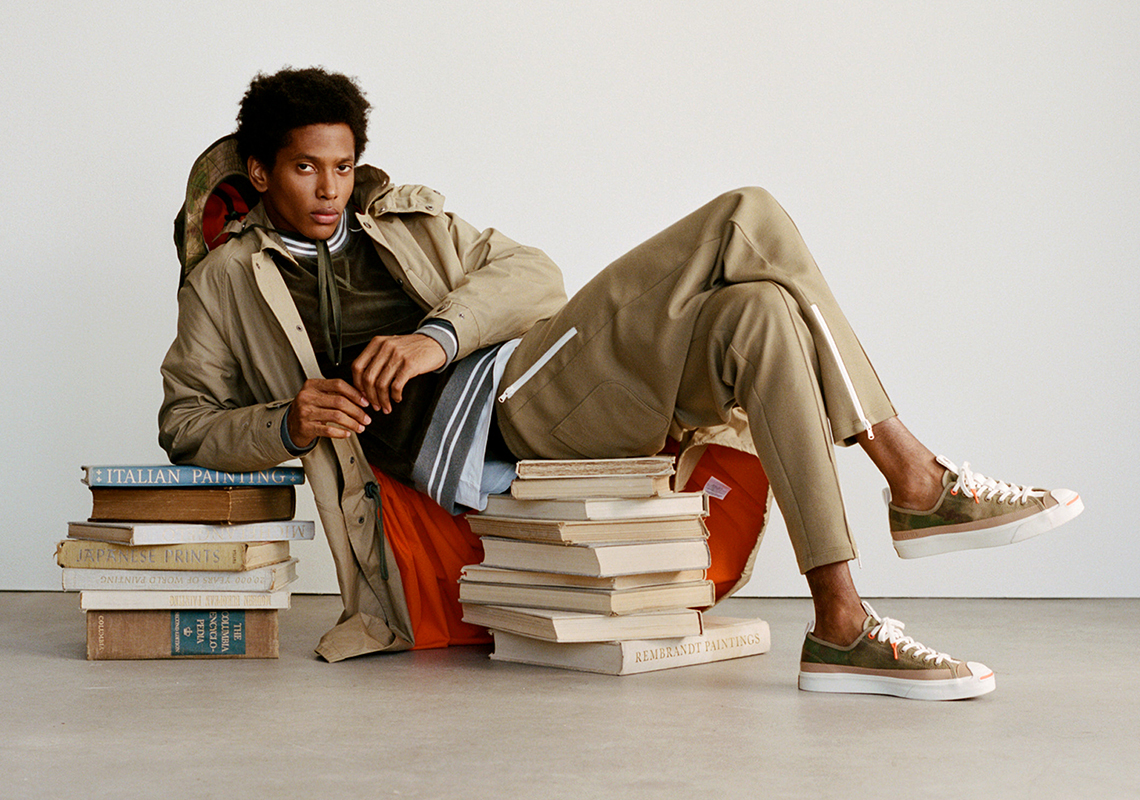 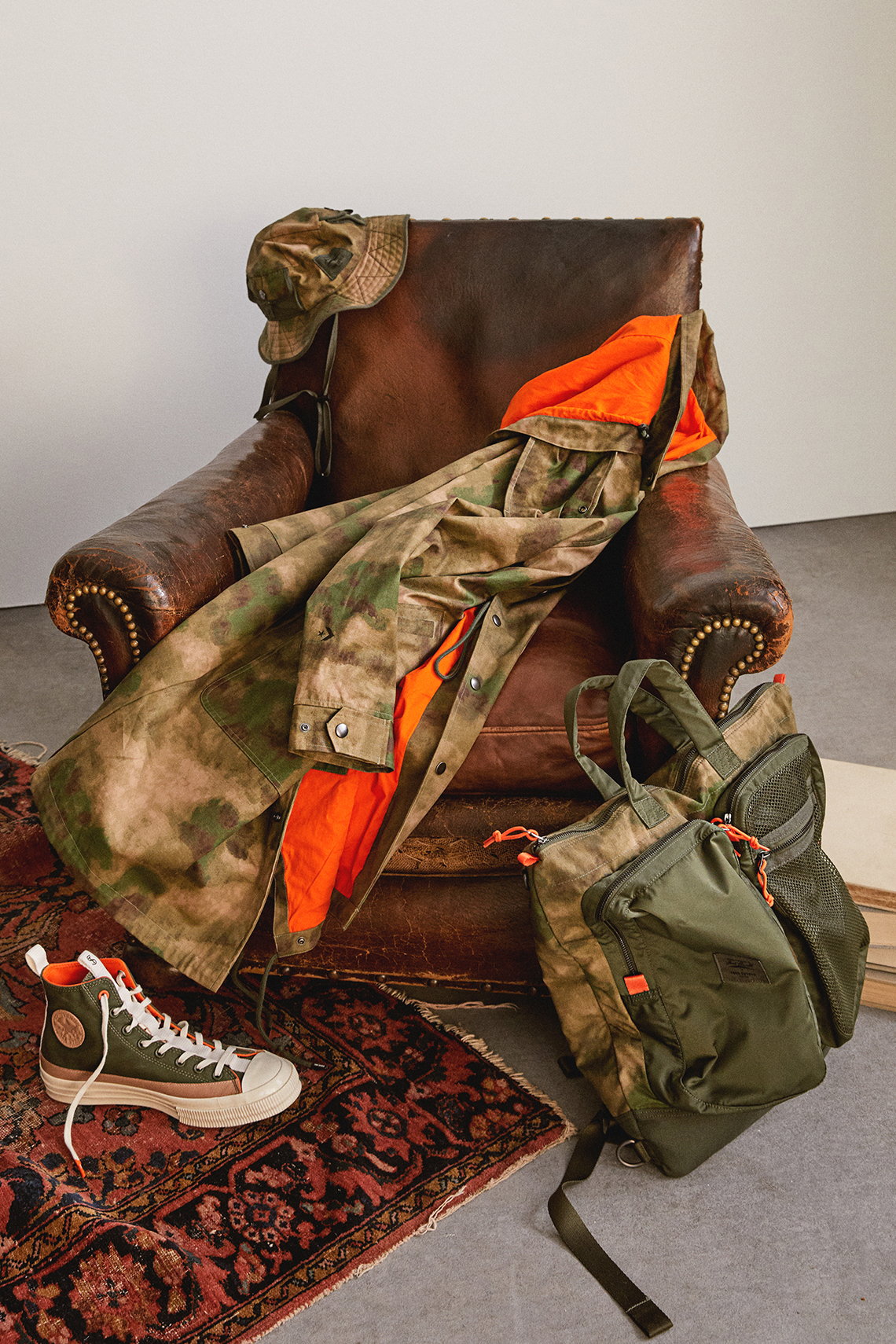 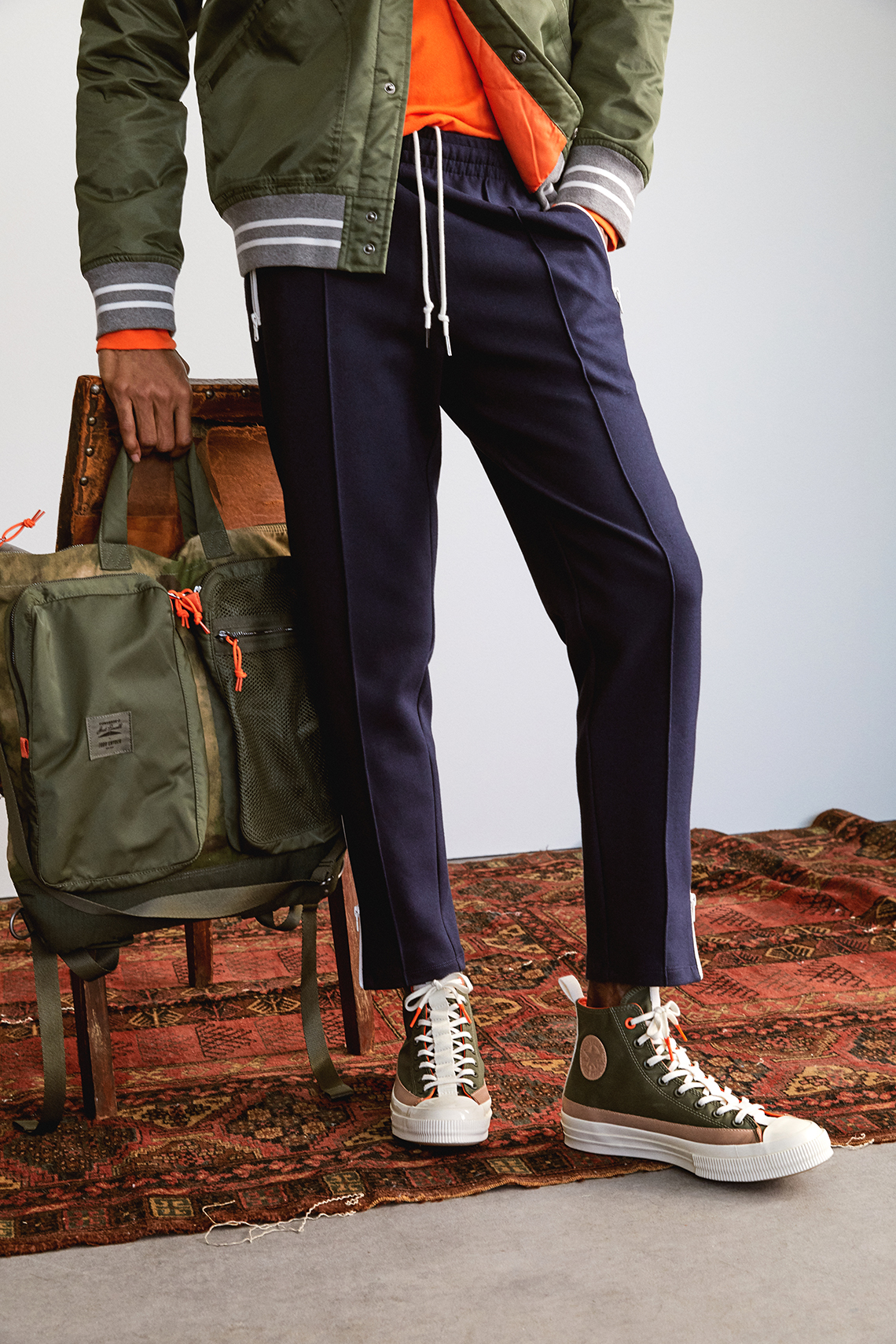 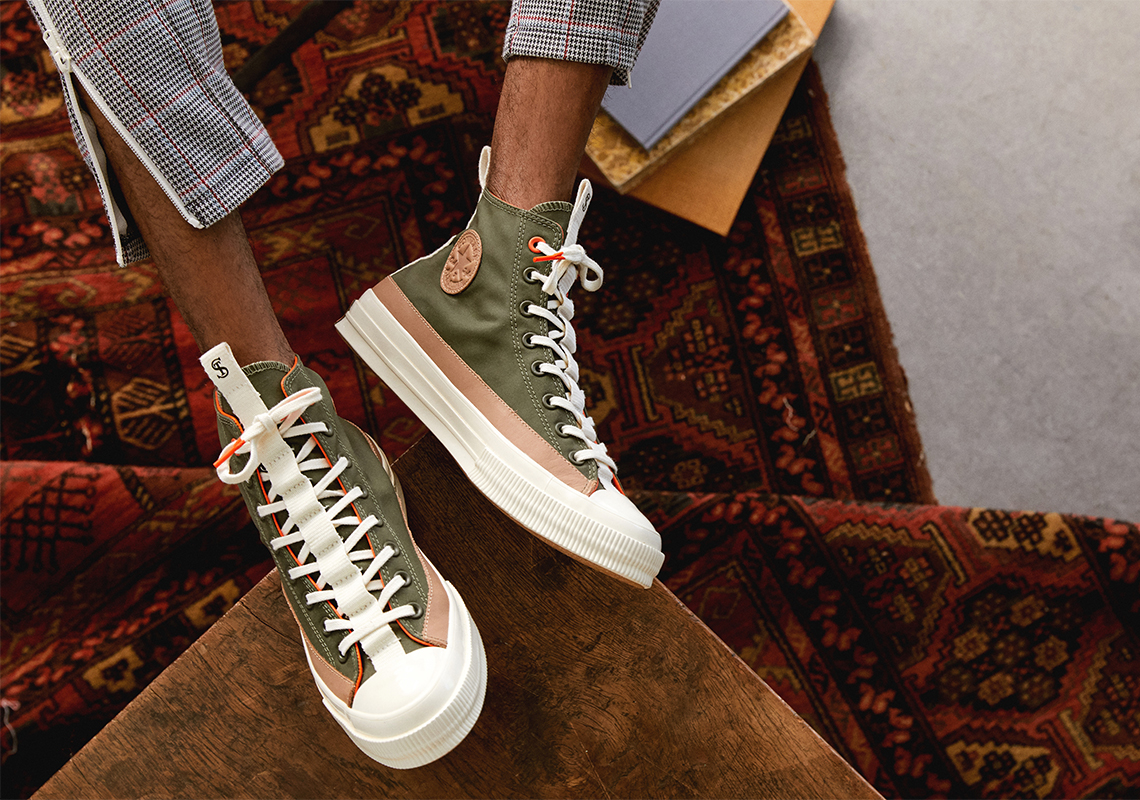 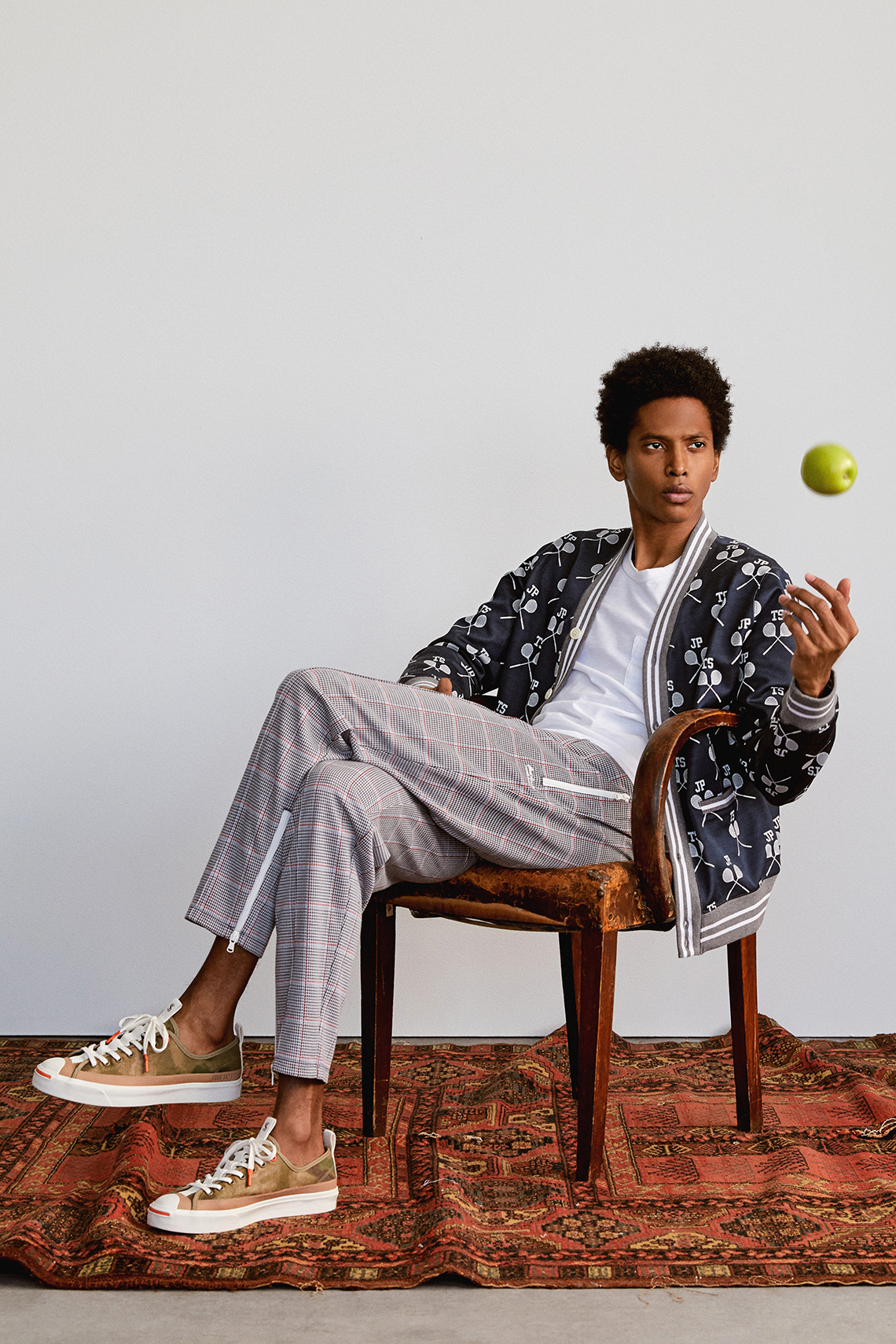