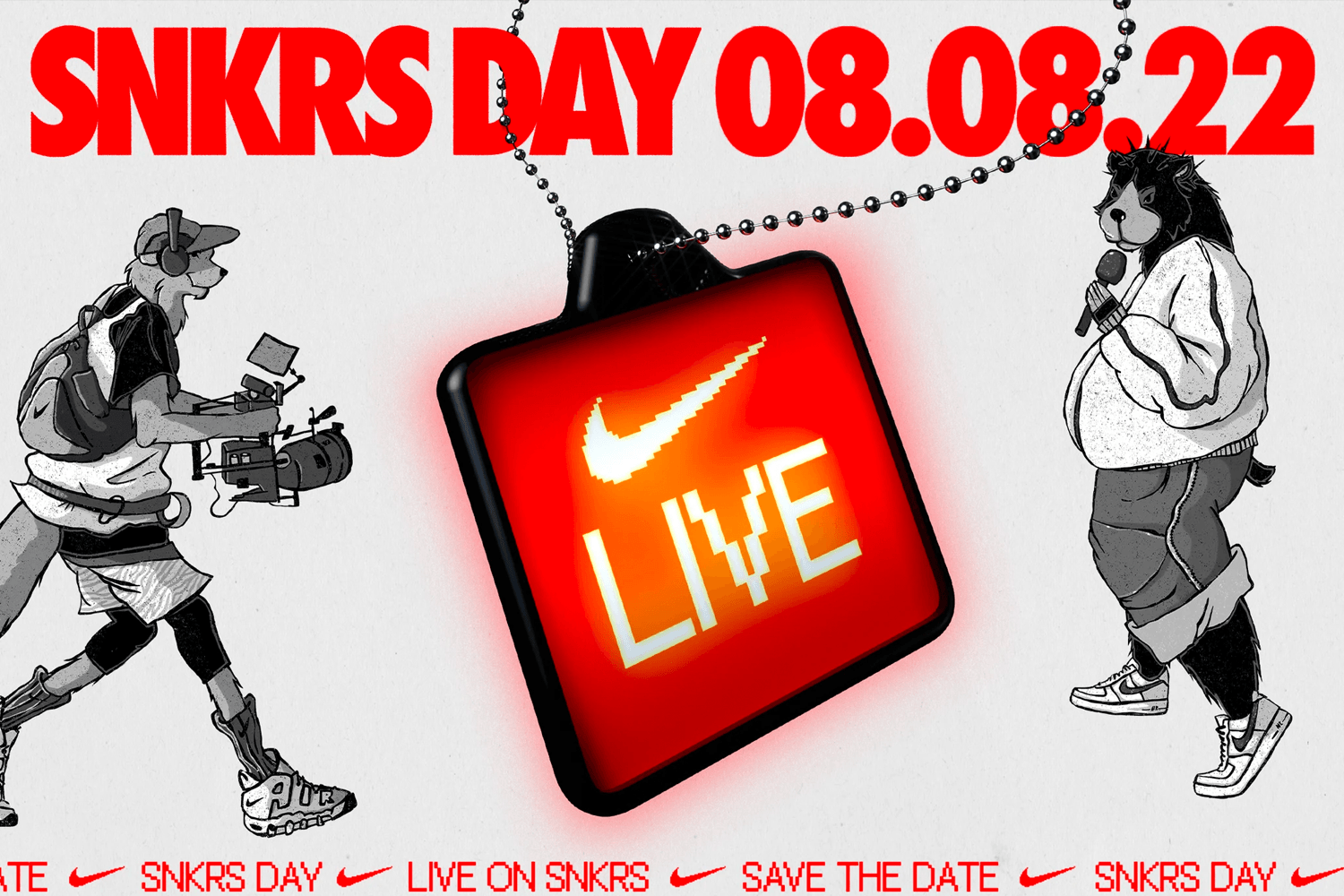 August 8, 2022 is SNKRS Day at Nike again, dear community. The SNKRS app is celebrating its 5th anniversary in 2022 and is packing out on SNKRS Day. Last week two sneaker drops were already announced. These were an Air Force 1 and an Air Max 1. This time we see an Air Jordan 1 passing by.

The SNKRS app is celebrating its 5th anniversary this year and Nike is celebrating during SNKRS Day. During this day, four liveshows will be hosted by Will and Az. During the liveshows, members can actively participate in polls and contests will be held.

Now Nike is adding the Air Jordan 1 High OG 'Taxi' to the lineup.

The Air Jordan 1 High OG 'Taxi' comes in the familiar 'Bred Toe' style. Here, the red in the colorway has been replaced with the color 'Taxi Yellow'. The overlays are black and contrast nicely with the yellow upper. The Wing logo returns on the heel and colors black here. The Swoosh on the center panel also colors black.

The Air Jordan 1 High model was first introduced in 1985 and has since become a legend. So it's not entirely unexpected that this silhouette gets a new colorway during SNKRS Day.

In addition to the releases of the three sneakers and the live shows being held, Nike is also coming out with live broadcasting from several major cities. In these broadcast shows, live SNKRS hosts will talk to sneaker lovers from the community. In addition, the app also features various items and clips in which Nike delves deeper into the stories behind the community.

Keep an eye on our news page to stay informed about the latest updates on SNKRS Day.