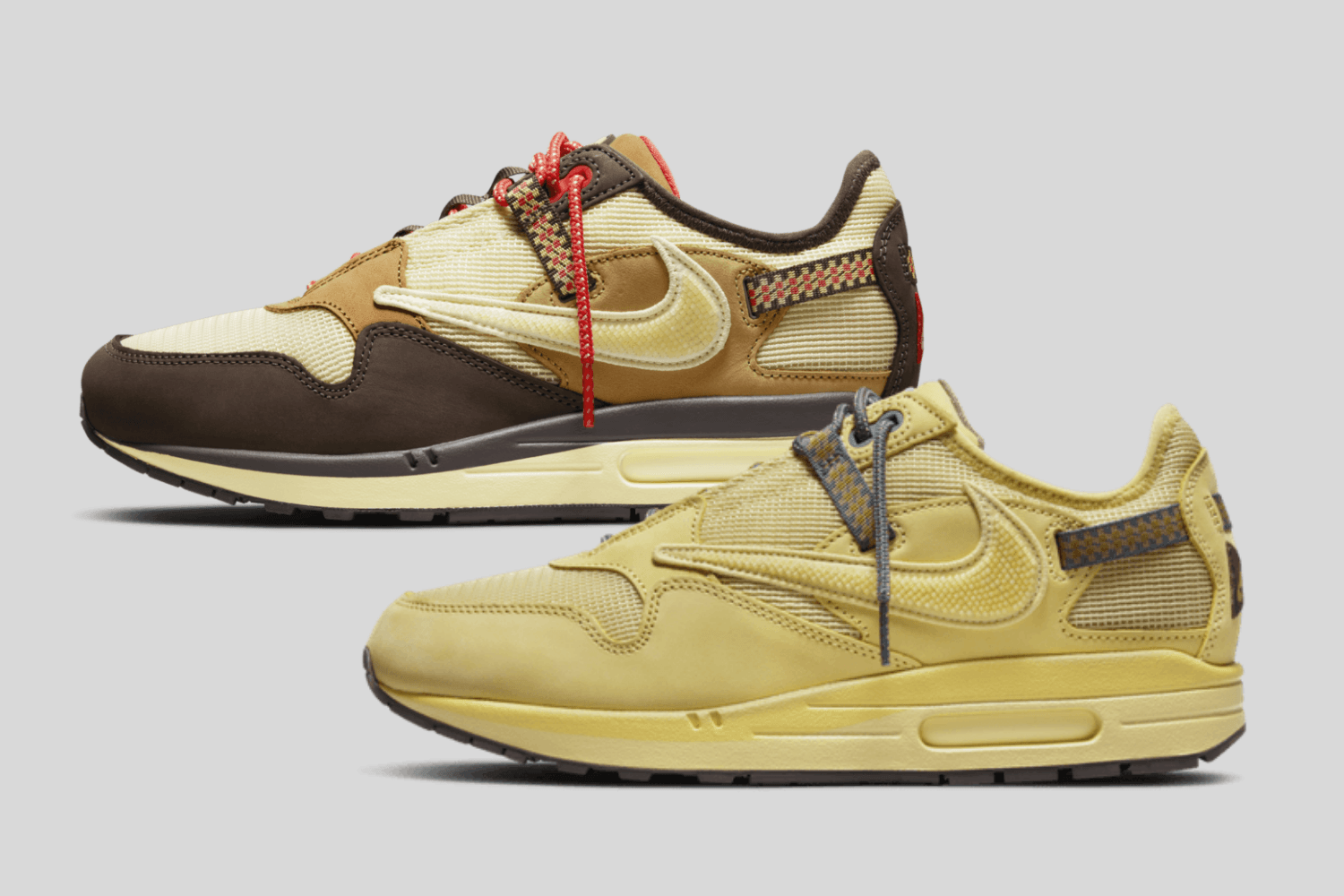 The Travis Scott x Nike Air Max 1 was first spotted during SNKRS Day in 2021. The shoe was confirmed in the 'Baroque Brown' and 'Saturn Gold' colorways on this day. These pairs were supposed to be released in 2021, but were postponed by Nike following the incidents at Travis Scott's Astroworld festival.

The reversed Swoosh returns on both colorways. The 'Baroque Brown' colorway features leather and nylon uppers. The nylon has a ribbed effect and is found on the toebox, side panel and around the heel. This material is in a light yellow colour, which is also visible on the Swoosh and on the midsole. The mudguard and heeltab are made of leather in a dark brown colour.

The side of the sneakers shows that Scott has given the model a major makeover. The mudguard stops at the mid-foot and an overlay in an organic shape is placed on the side. This is in light brown, just like the other overlay. In the midsole, the Air Unit is no longer visible, which is a bold move.

The 'Saturn Gold' colorway has the same construction as the 'Baroque Brown'. The main difference is that on this pair, mainly one colour is used. The overlays and mudguard are a yellow colour just like the base of this pair. The laces and the extra accents around the collar give this pair some more colour.

The Travis Scott x Nike Air Max 1 'Baroque Brown' and 'Saturn Gold' are likely to be released on Friday May 27, 2022. Keep an eye on our release calendar for the latest changes. 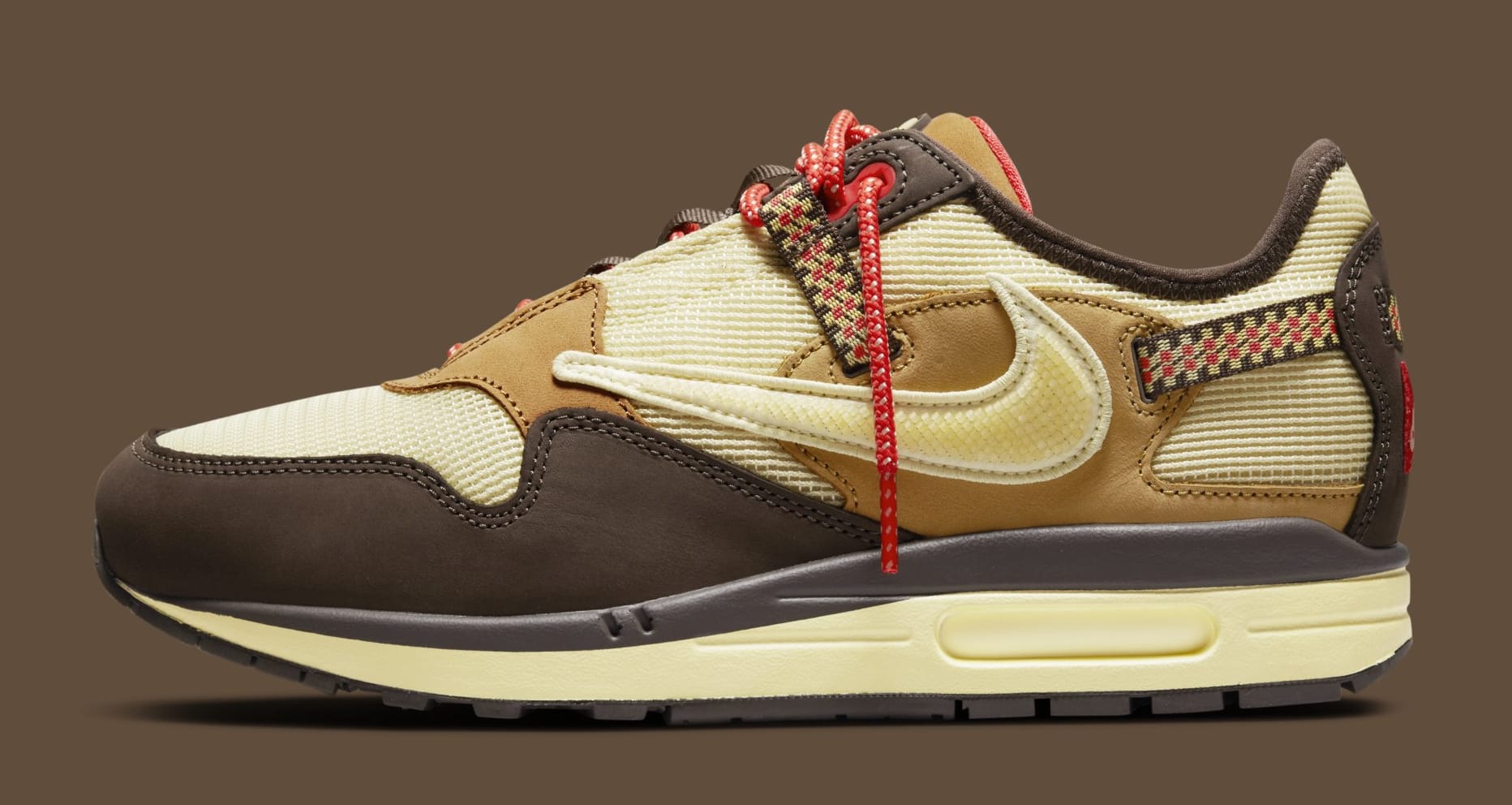 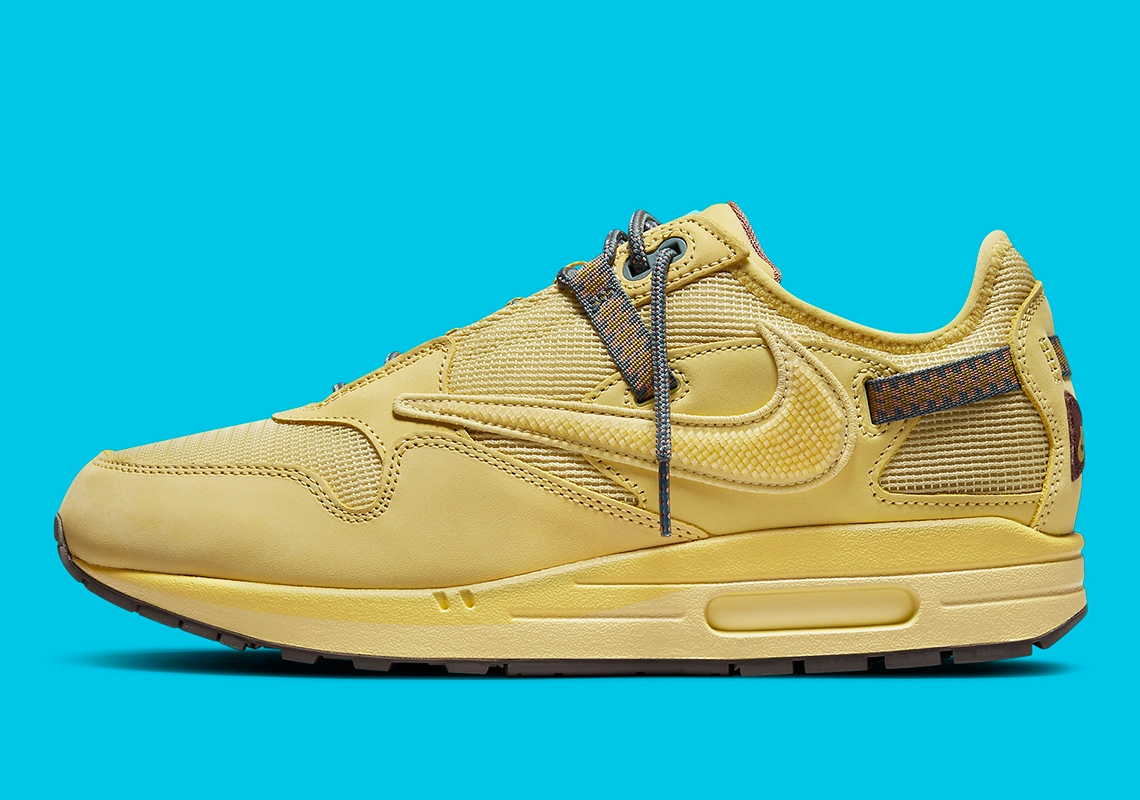