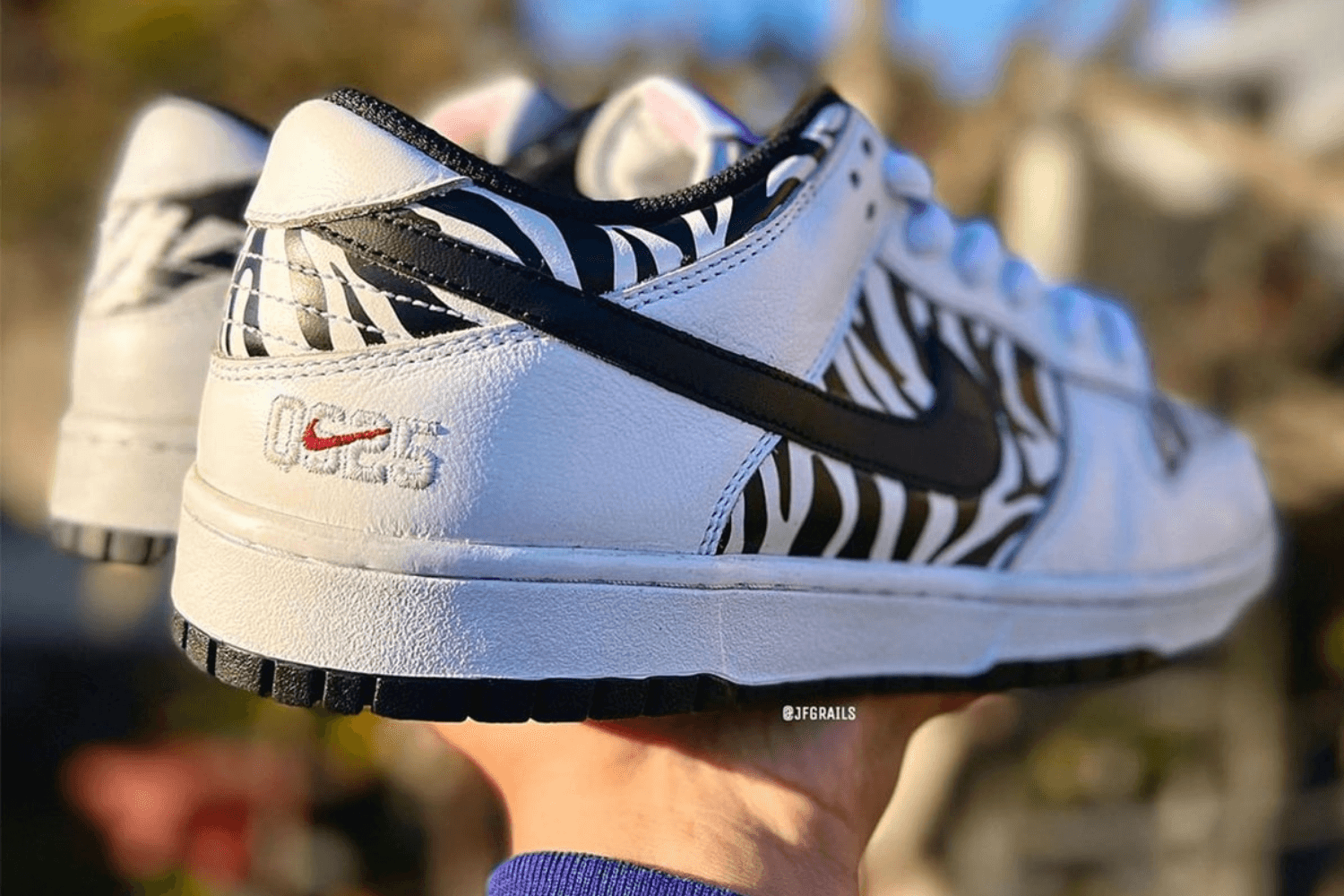 The Nike SB Dunk Low 'Reverse Zebra' sample in collaboration with The Quartersnacks is likely to be released to the general public. The pair in collaboration with the NYC skateboarding platform does not have an official release date yet. It is also not yet confirmed if this model will really be released to the general public. But here is what we know:

The kicks appeared on @jfgrails' Instagram account. The photos show a white SB Dunk Low with black zebra stripes. On the label on the tongue we see red details and on the heel we see the logo of The Quartersnacks. This one is also in red.

The Swoosh of the 'Reverse Zebra' retains its black colour. Unlike its predecessor, the heel and mudguard have been given a white colour. The sneaker has a leather upper. 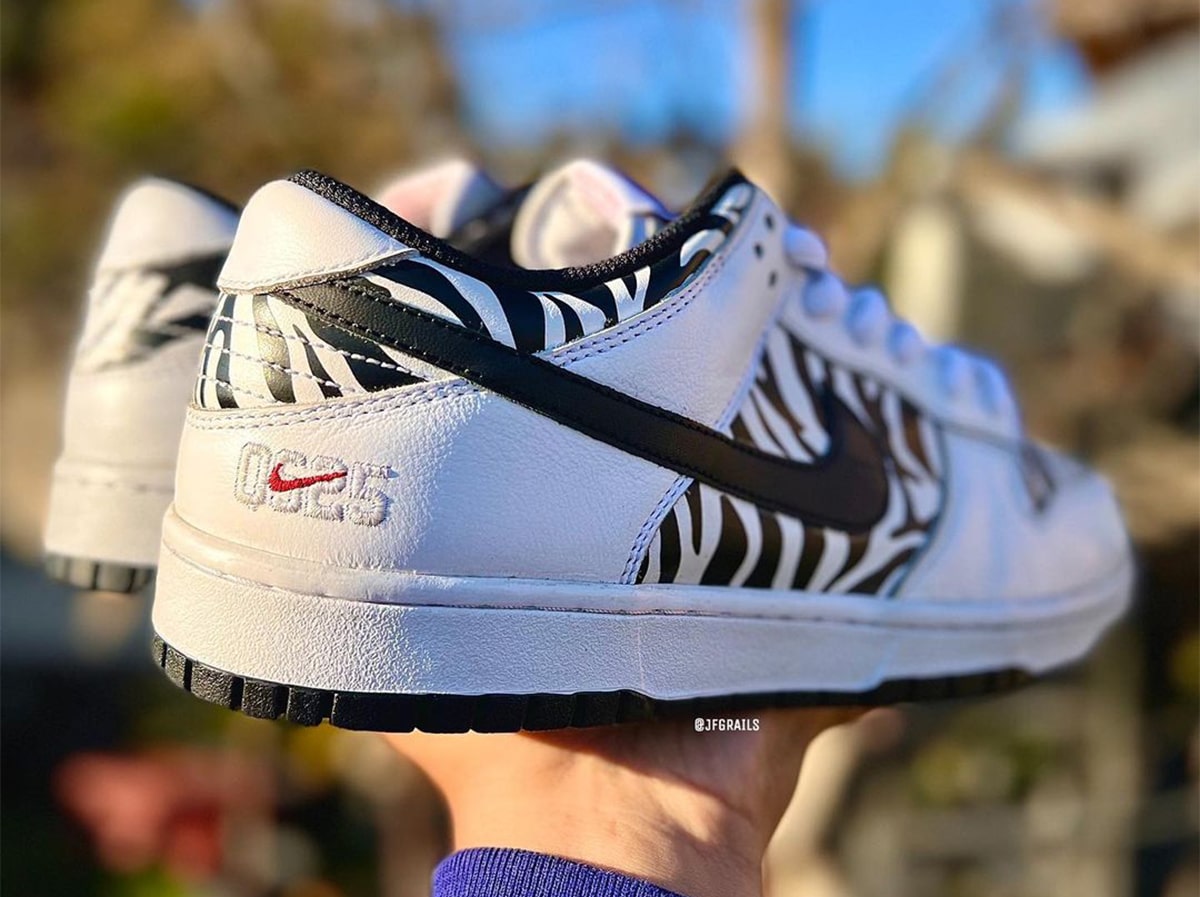 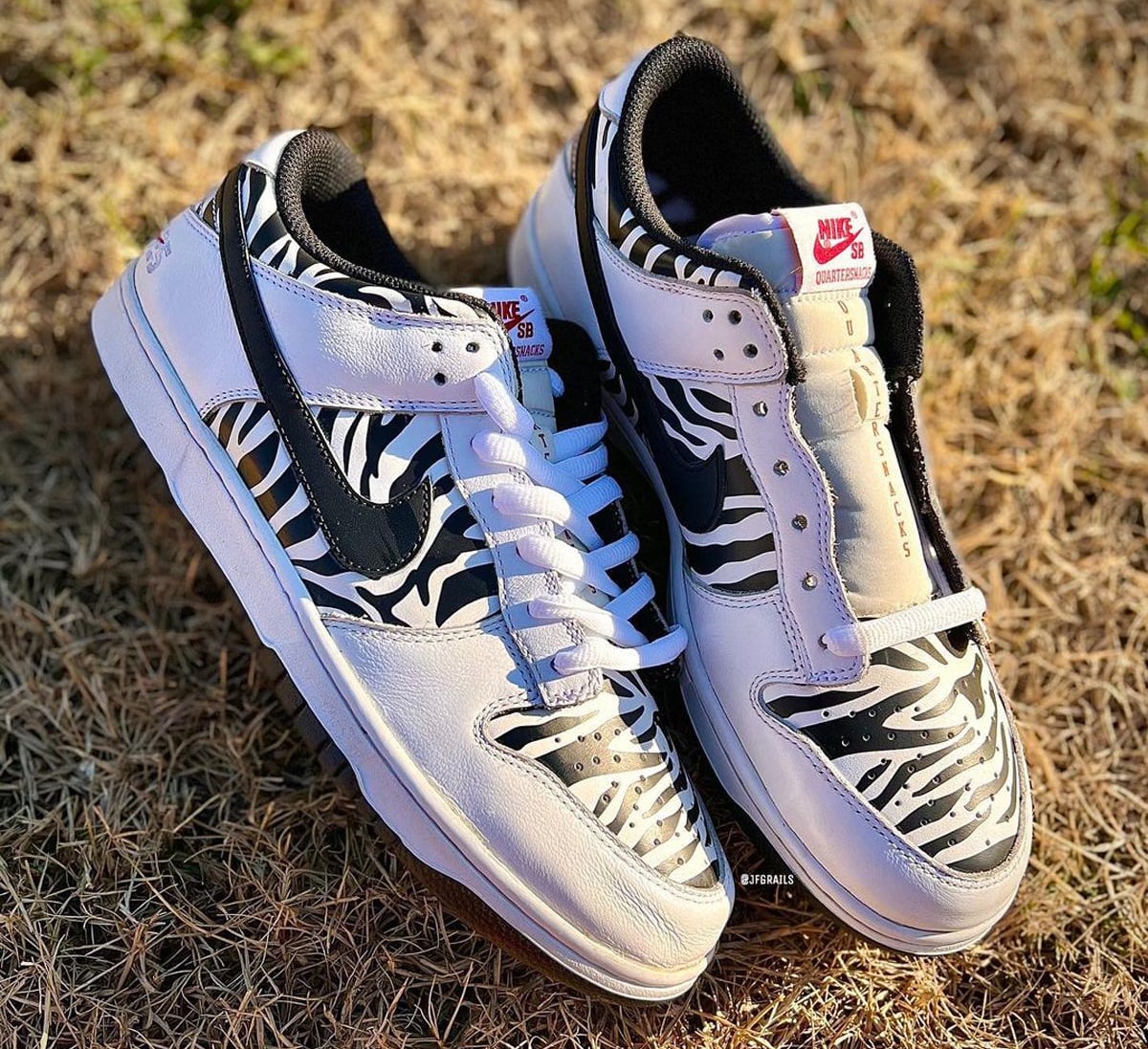