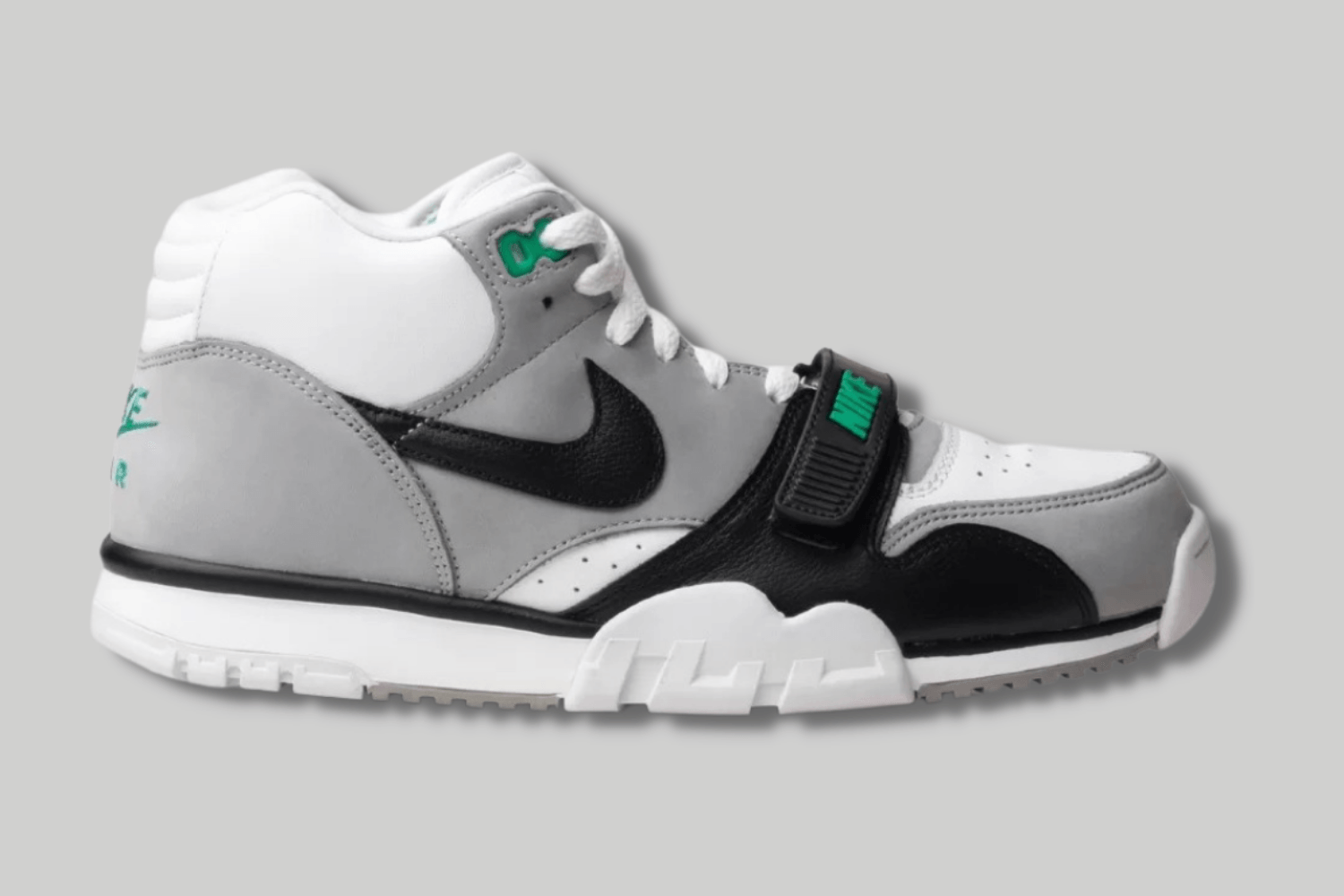 Nike brings back the Air Trainer 1 Mid 'Chlorophyll' for its 35th anniversary. The silhouette was first released in 1987 as an athletic shoe that could be used for a variety of activities. The model became even more popular when John McEnroe showed a prototype on the tennis courts before its release.

The 'Chlorophyll' colorway has seen a lot of different retro's pass by. For example, in 2018 an Air Jordan 3 'Chlorophyll' came out and in 2020 the colorway was picked up by Nike SB for a Dunk Low. Nike has replicated the exact colorway for the Air Trainer 1 Mid, making it look very much like the original.

The upper of the sneaker is made of leather. The base of the upper is white, with grey overlays. The white toebox and white side panel have perforated holes. Over the forefoot is a Velcro closure in black. The Nike logo on the strap is in a special green colour. This green colour is found on all branding and on the upper lacing eyelets.

The midsole of the pair is white and the outsole combines white and grey. The outsole also features the Nike logo in the 'Chlorophyll' colour. What makes the comeback even more special is that the original box is also recreated. The box is grey striped and has a red lid.

The Nike Air Trainer 1 Mid 'Chlorophyll' does not have an official release date yet. As soon as more is known about the drop, we will update you. Until then, we can take a look at the images of the pair. 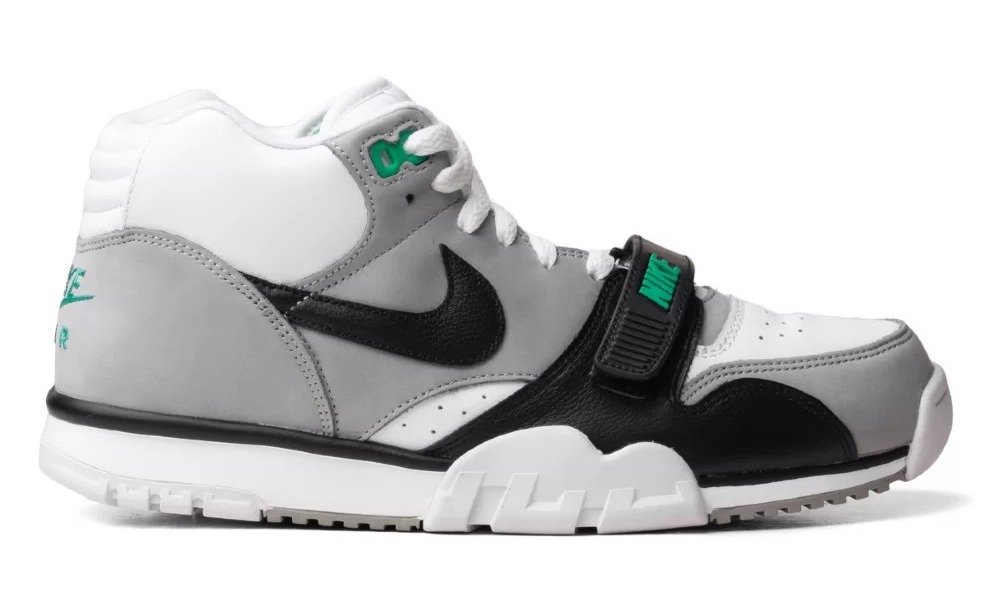 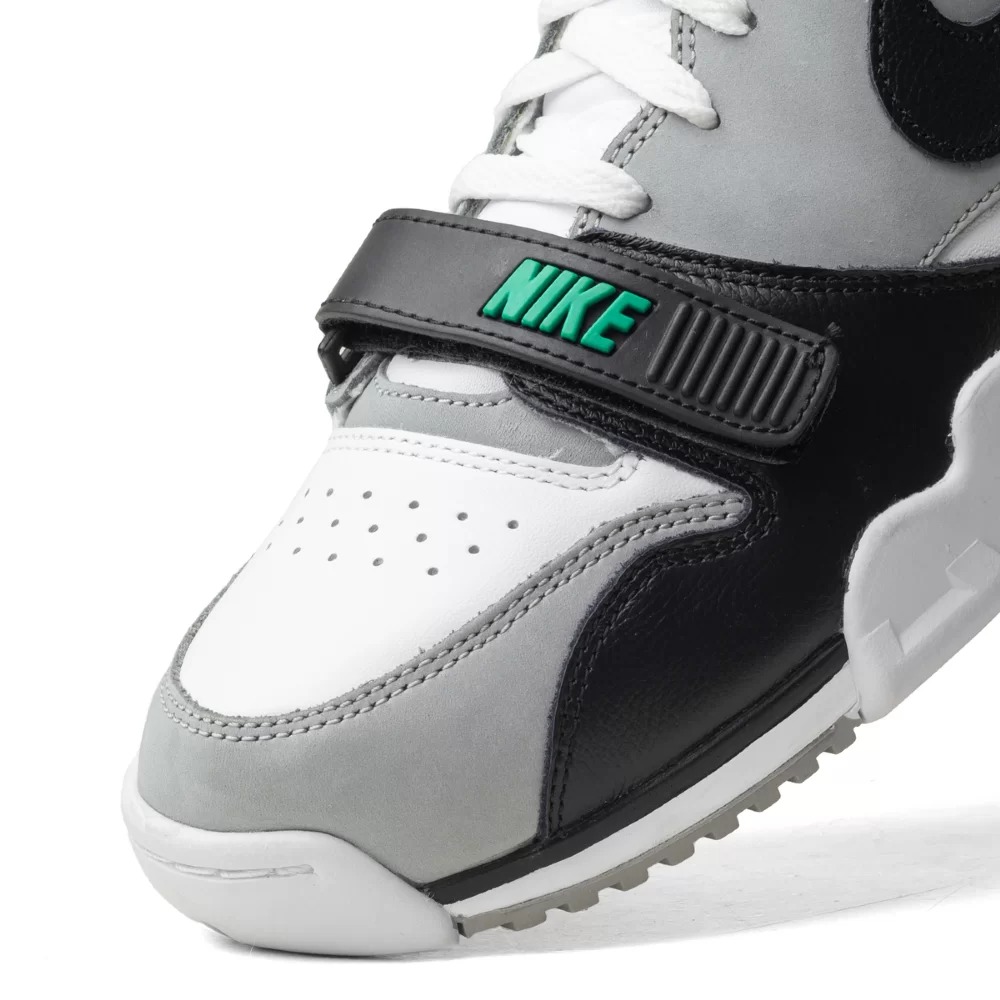 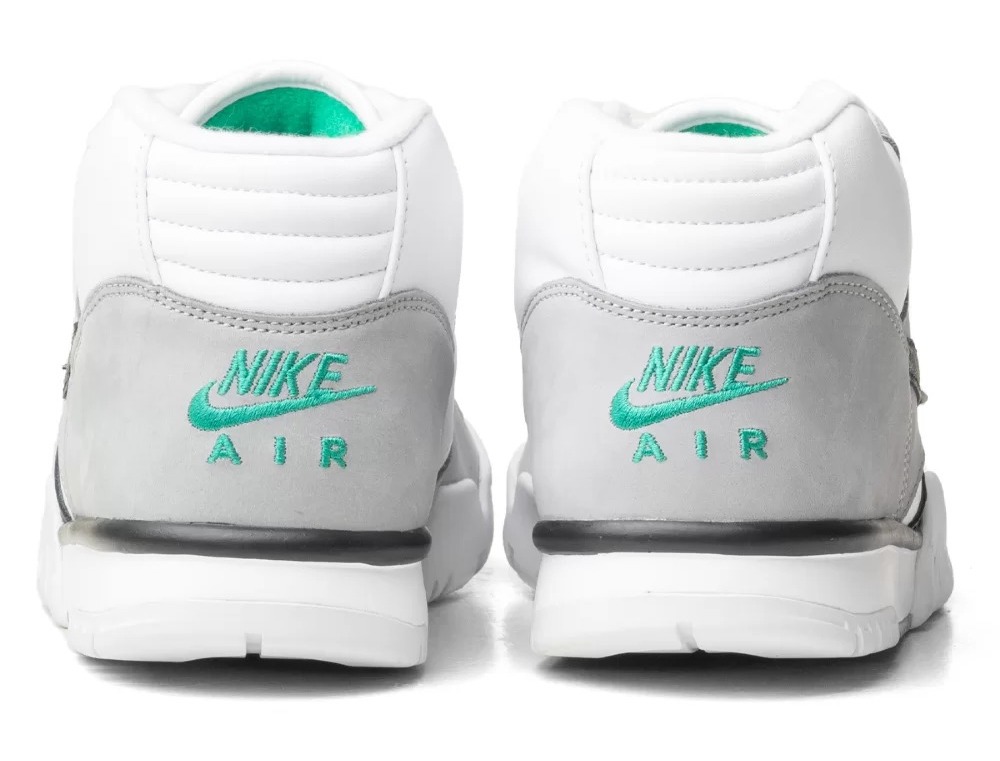 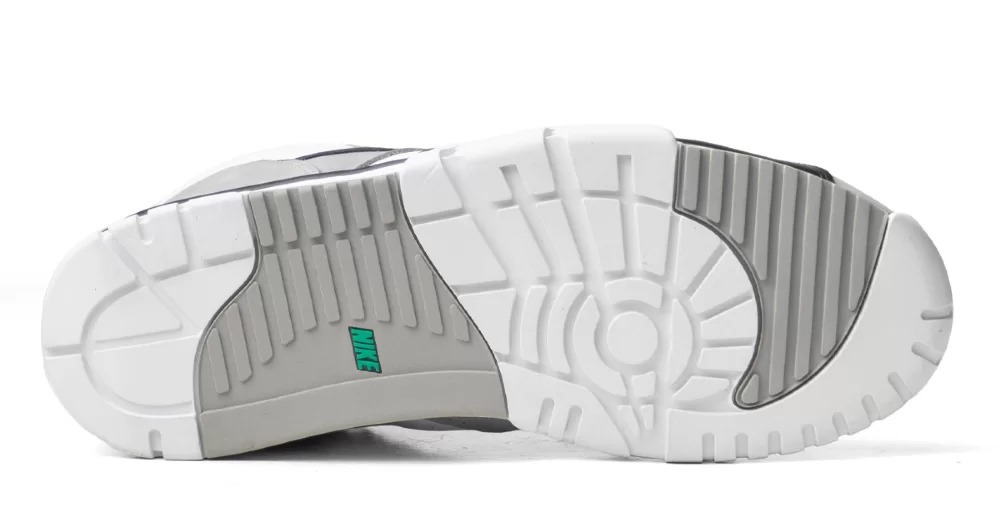 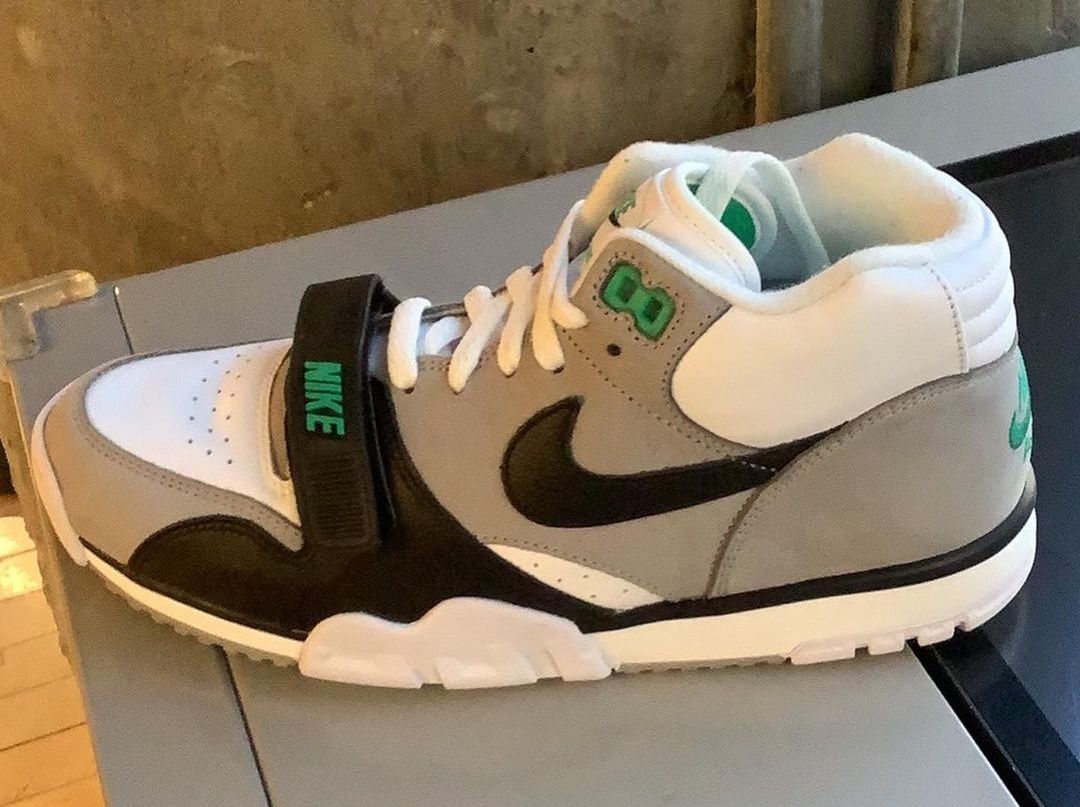 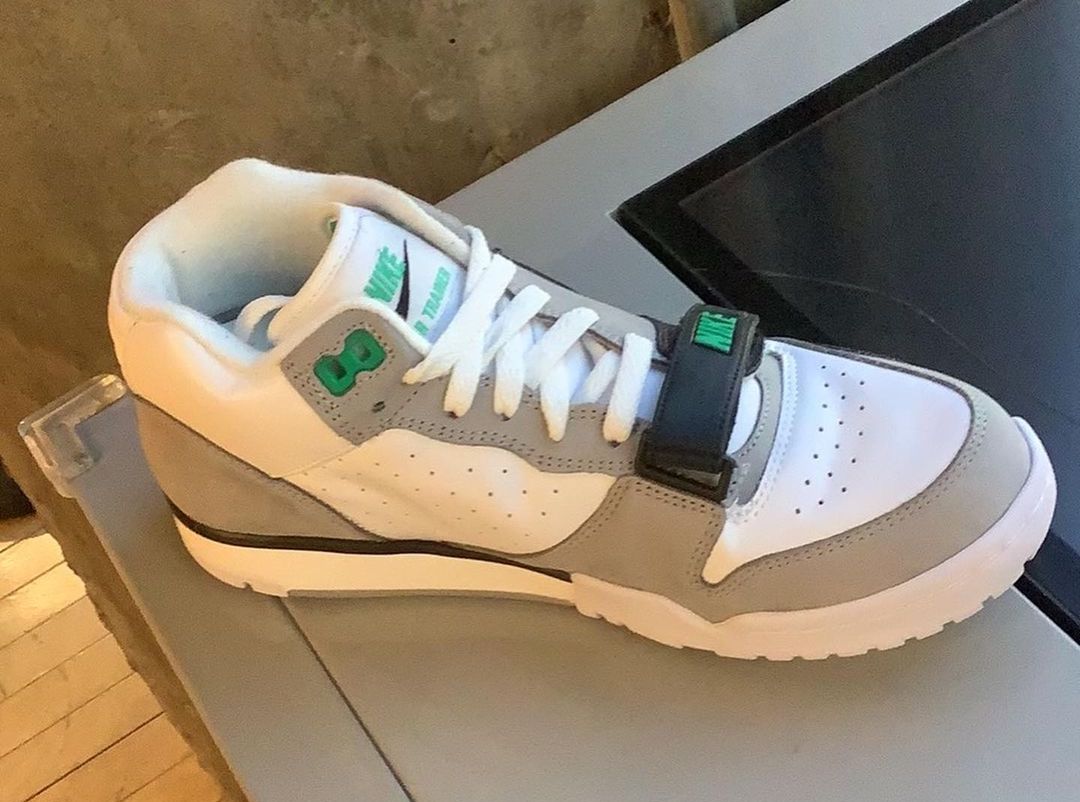 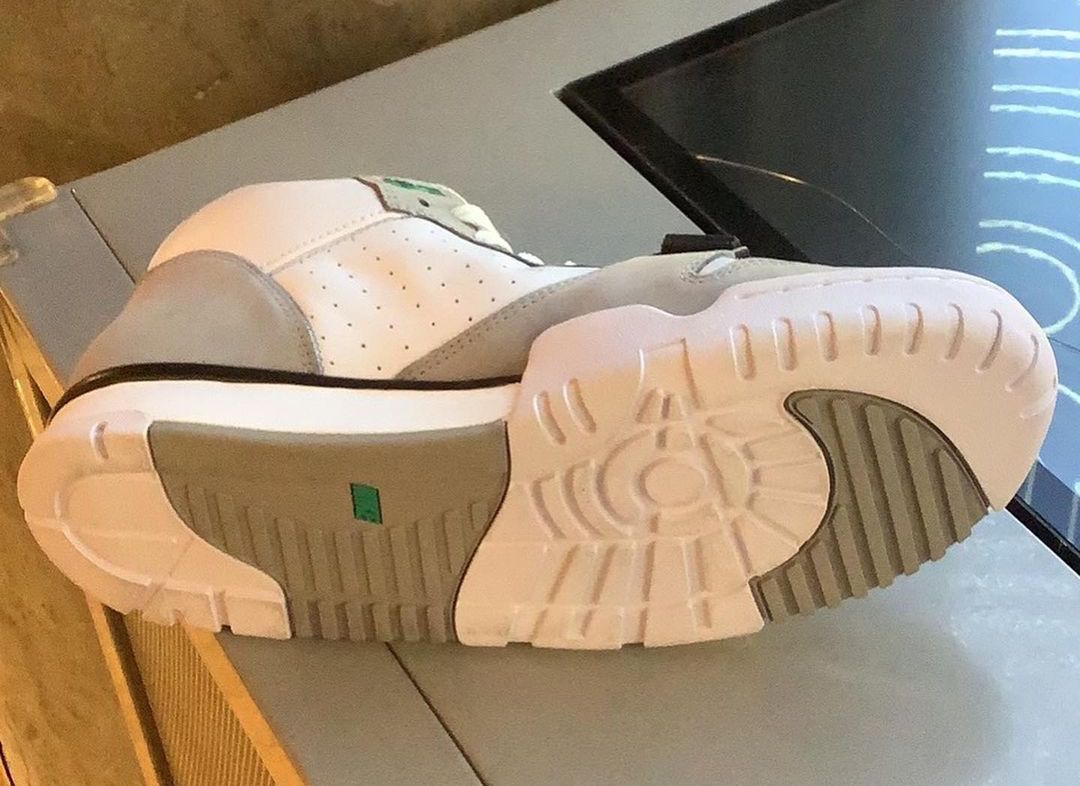 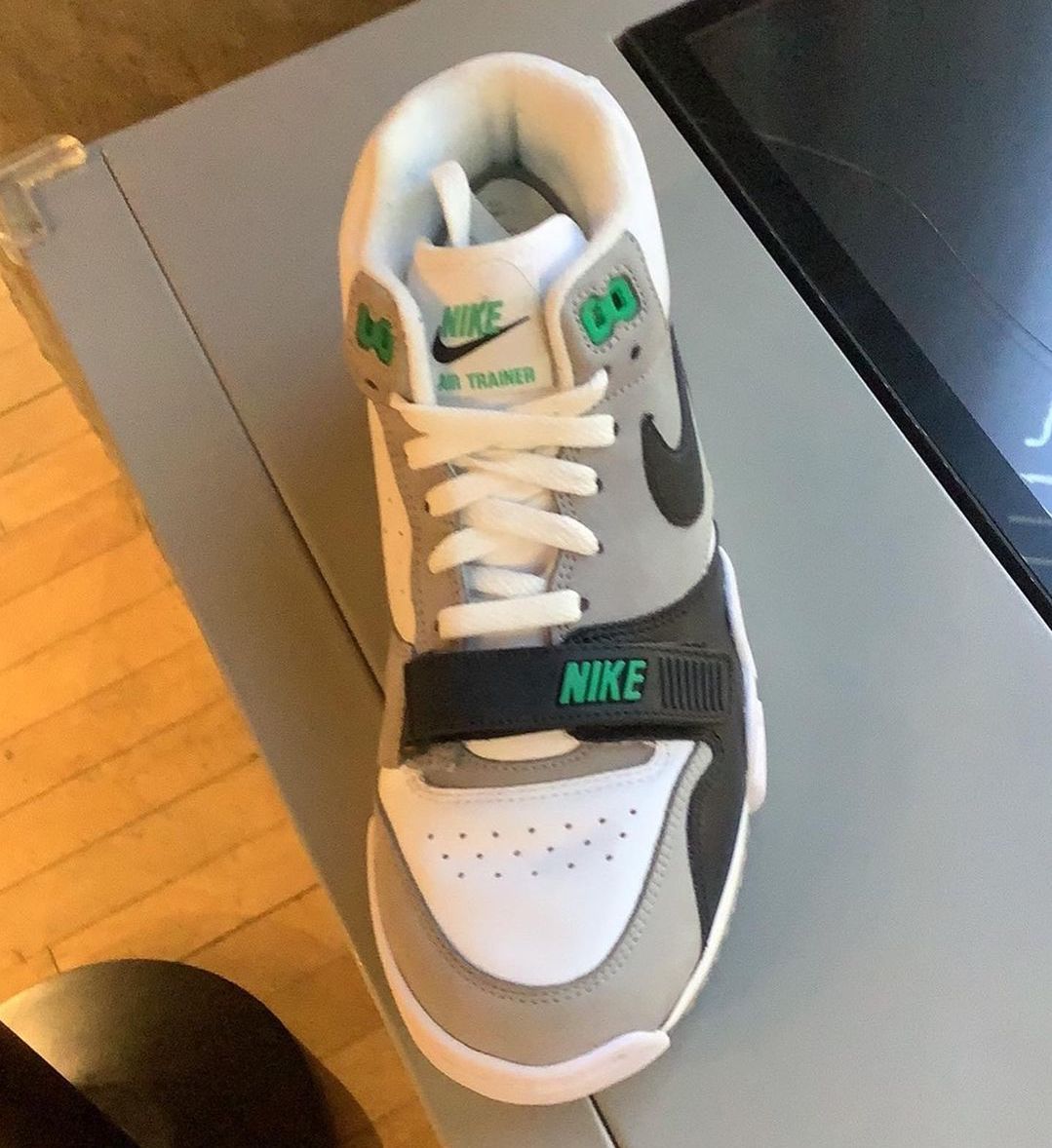 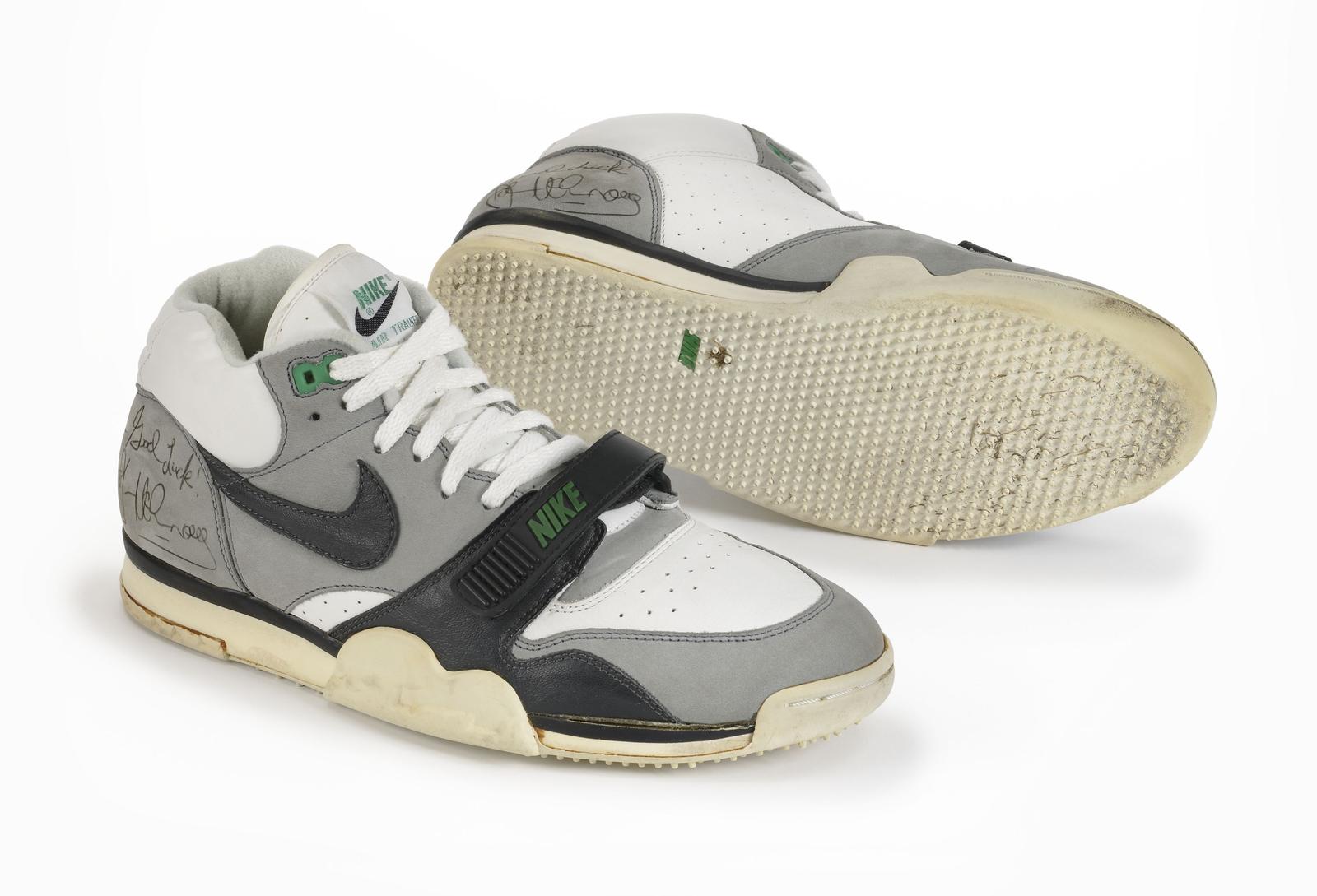 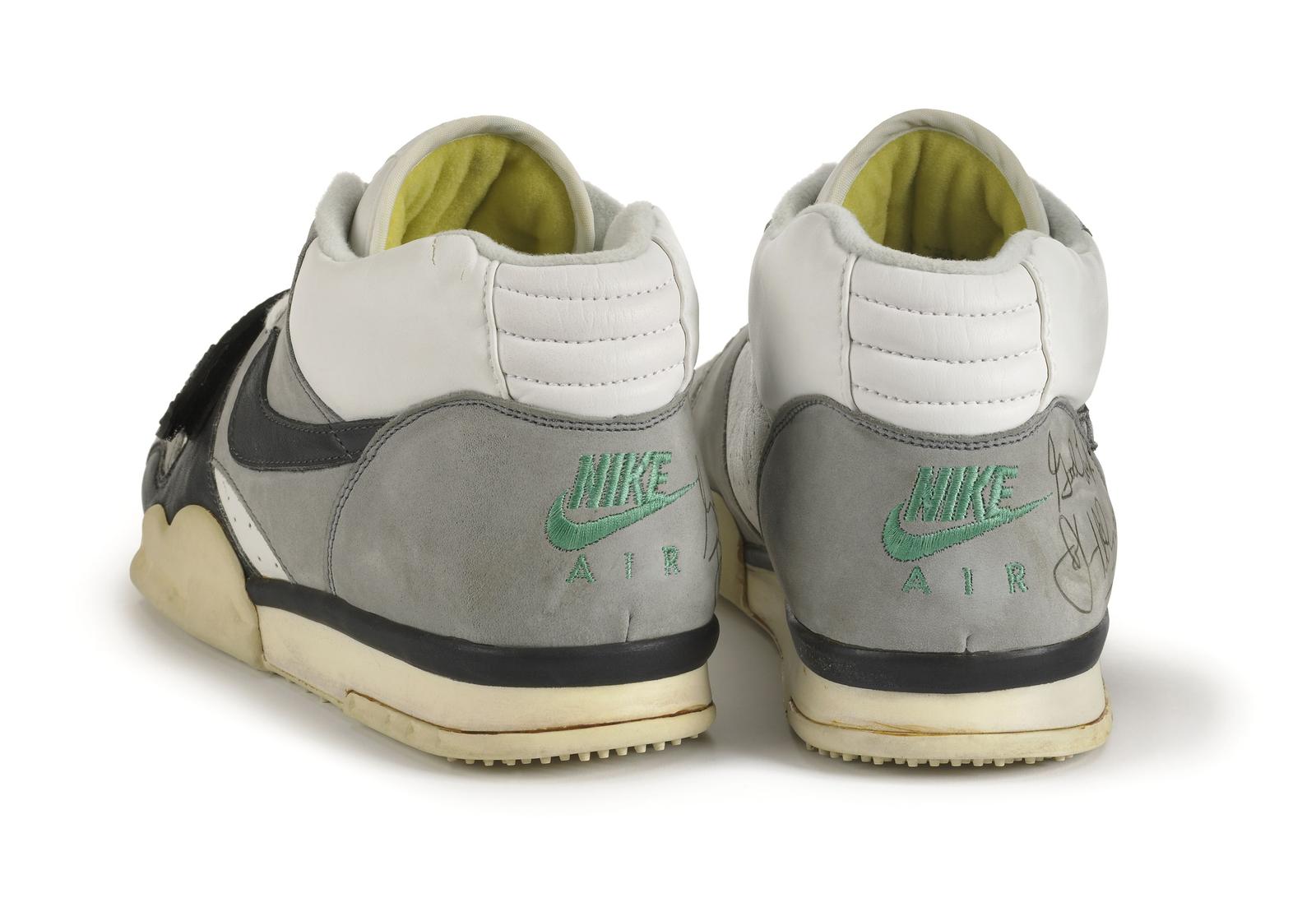