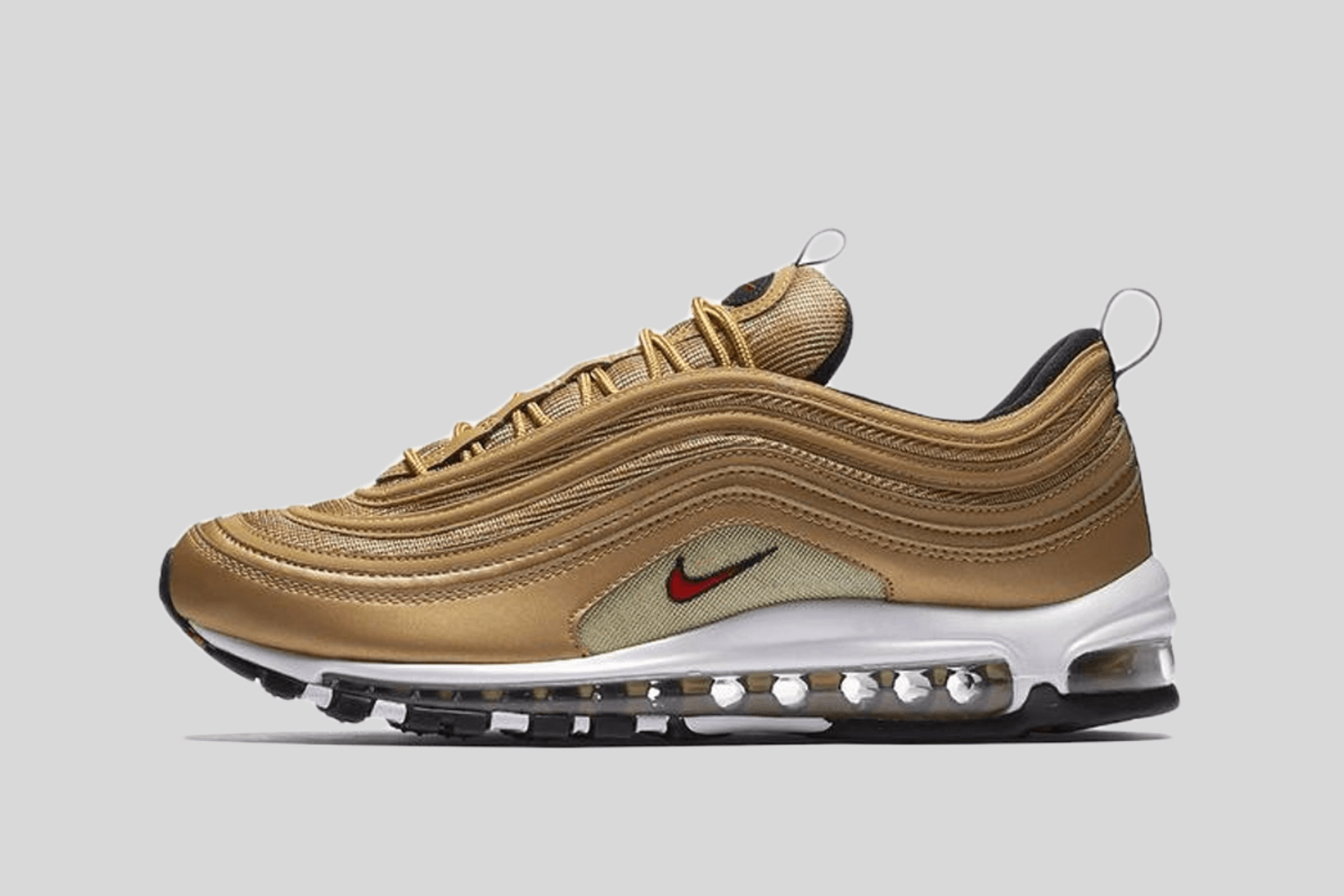 The Nike Air Max 97 in the well-known 'Gold Bullet' colorway returns in 2023. The Air Max 97 model celebrates its 25th anniversary in 2022 and does so with the releases of several OG colorways. The 'Gold Bullet' does not have an official release date yet. However, we can expect to see the pair at Nike not until 2023.

This colorway was first released in 1999 and received its last release in 2018. The upper of the sneaker colors gold and has been given red details. The upper is mesh and the dynamic overlays are leather. The Air Unit runs throughout the midsole. This gives the model a modern look.

On the center panel the Swoosh appears. This turns red here and contrasts nicely with the gold upper. Also on the tongue is the Nike logo set in red. The mudguard colors gold and is made of leather. There are also pull loops placed on the tongue and heel. 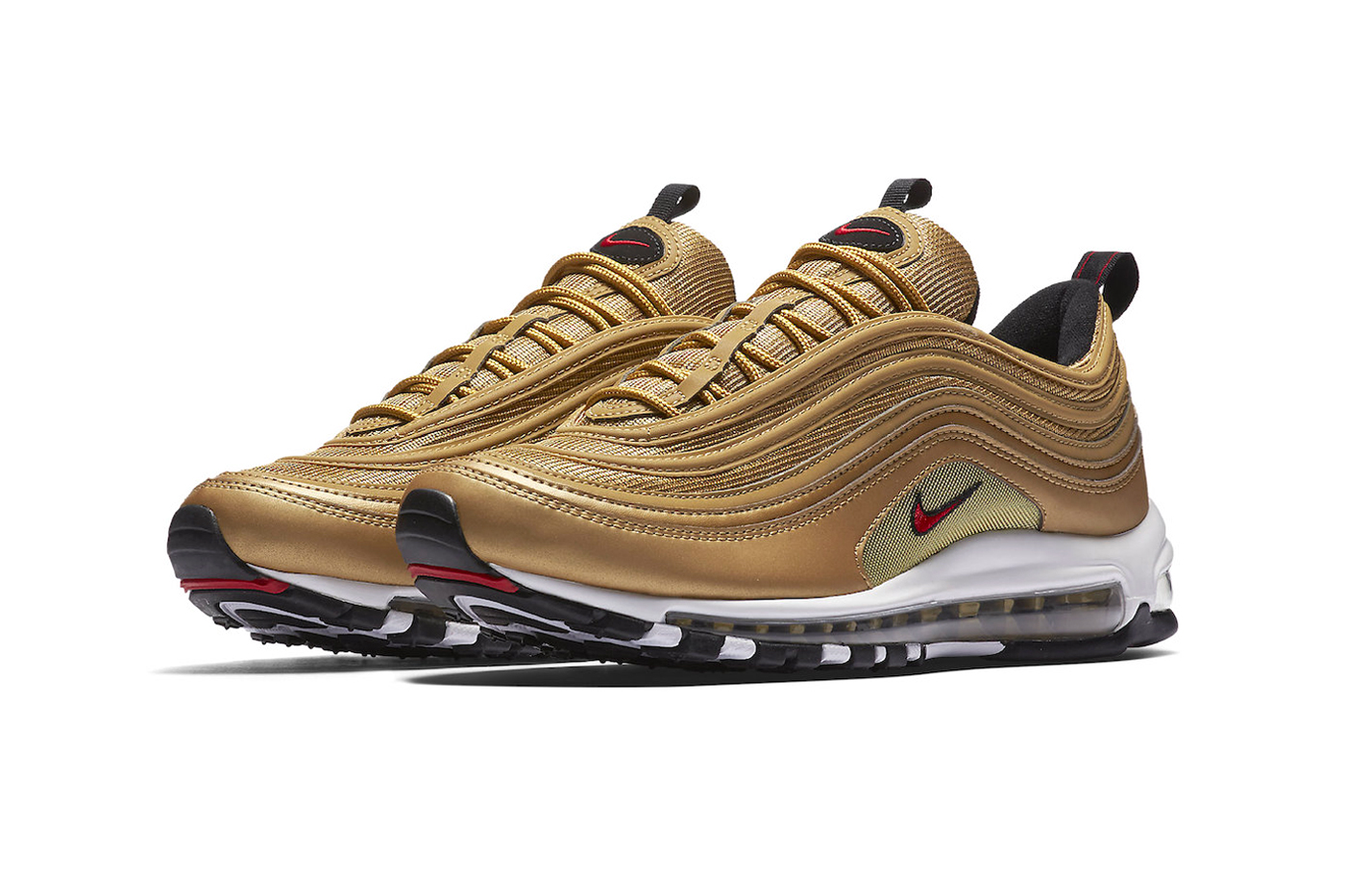 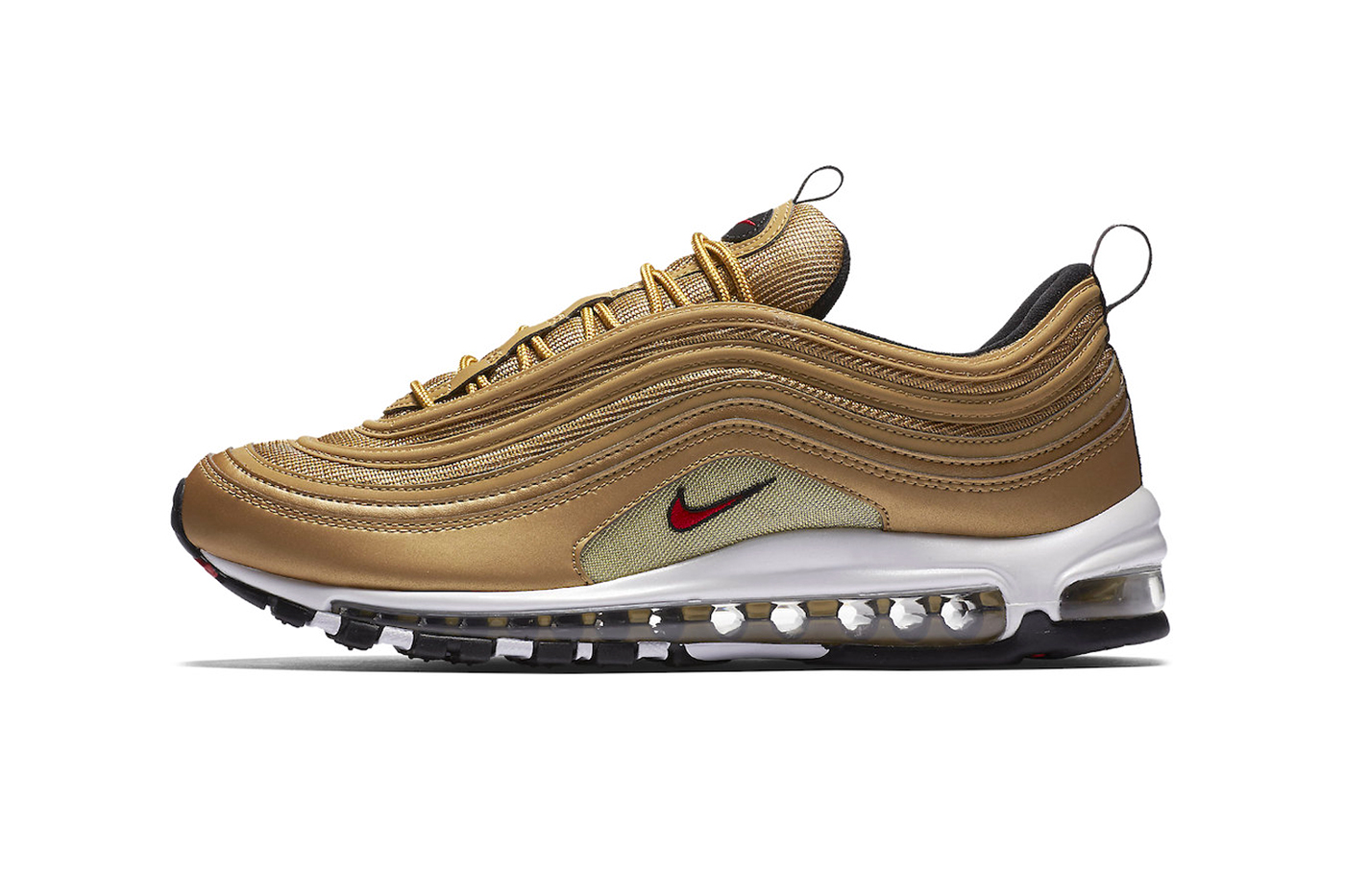 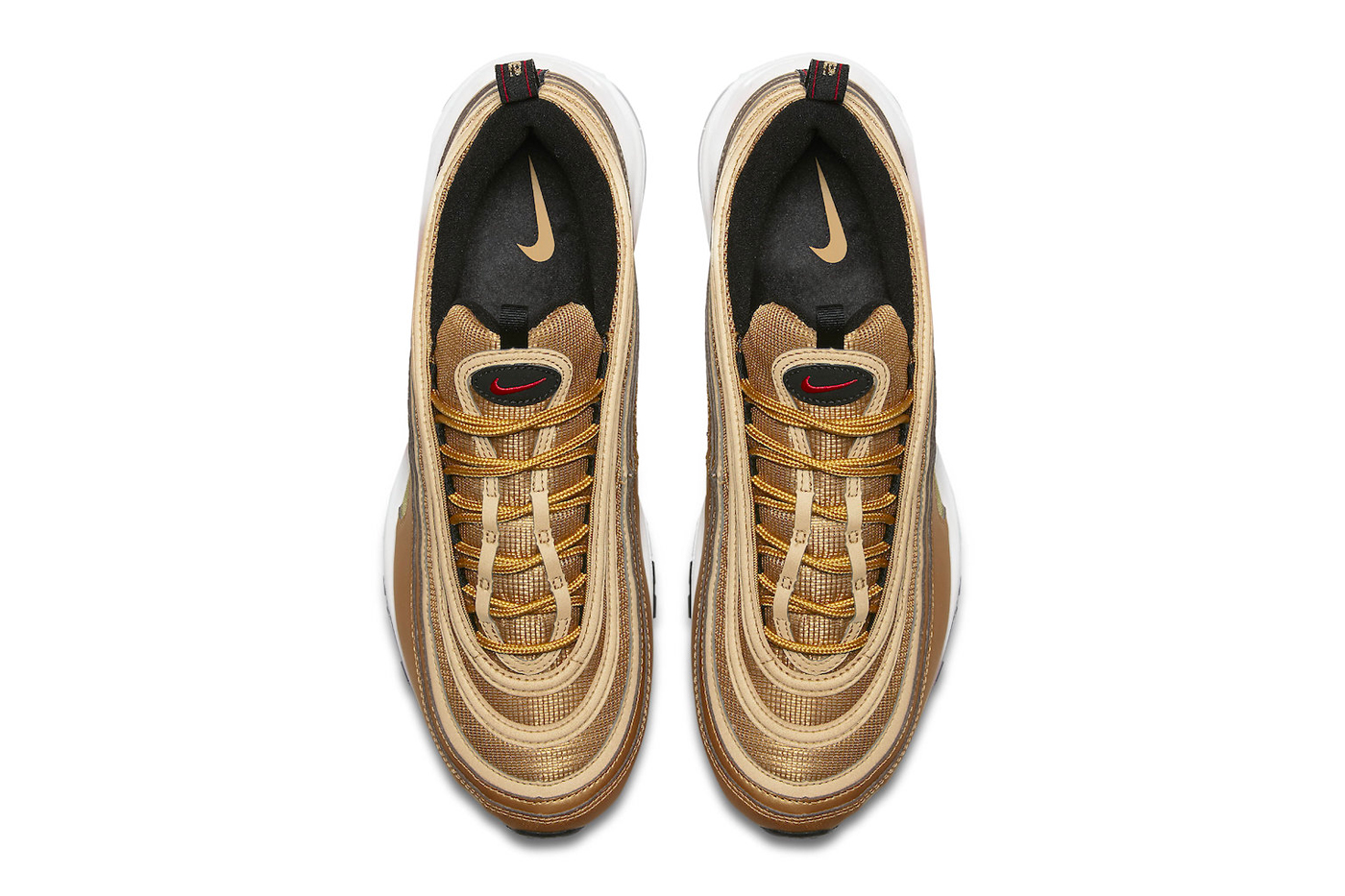 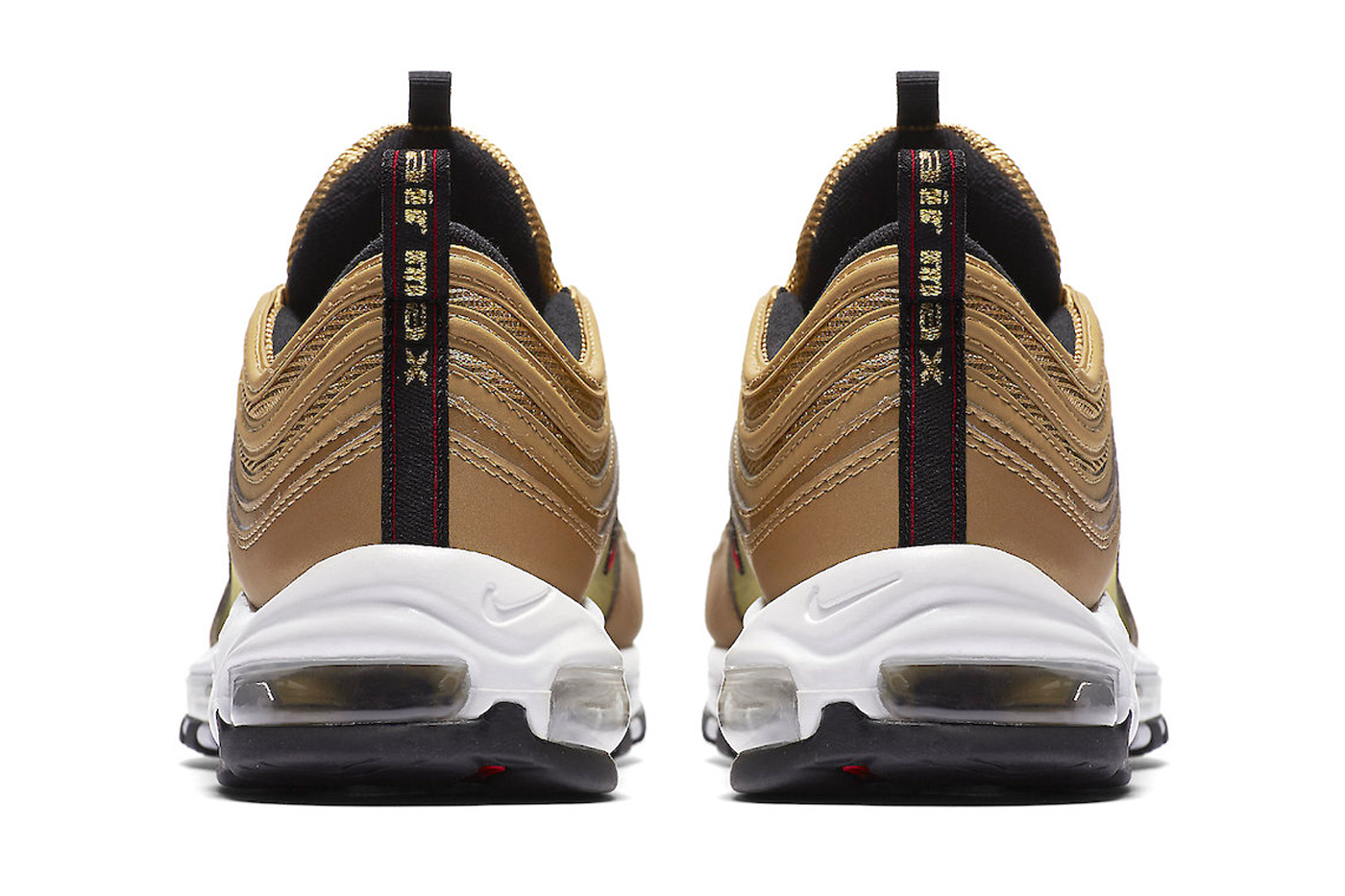 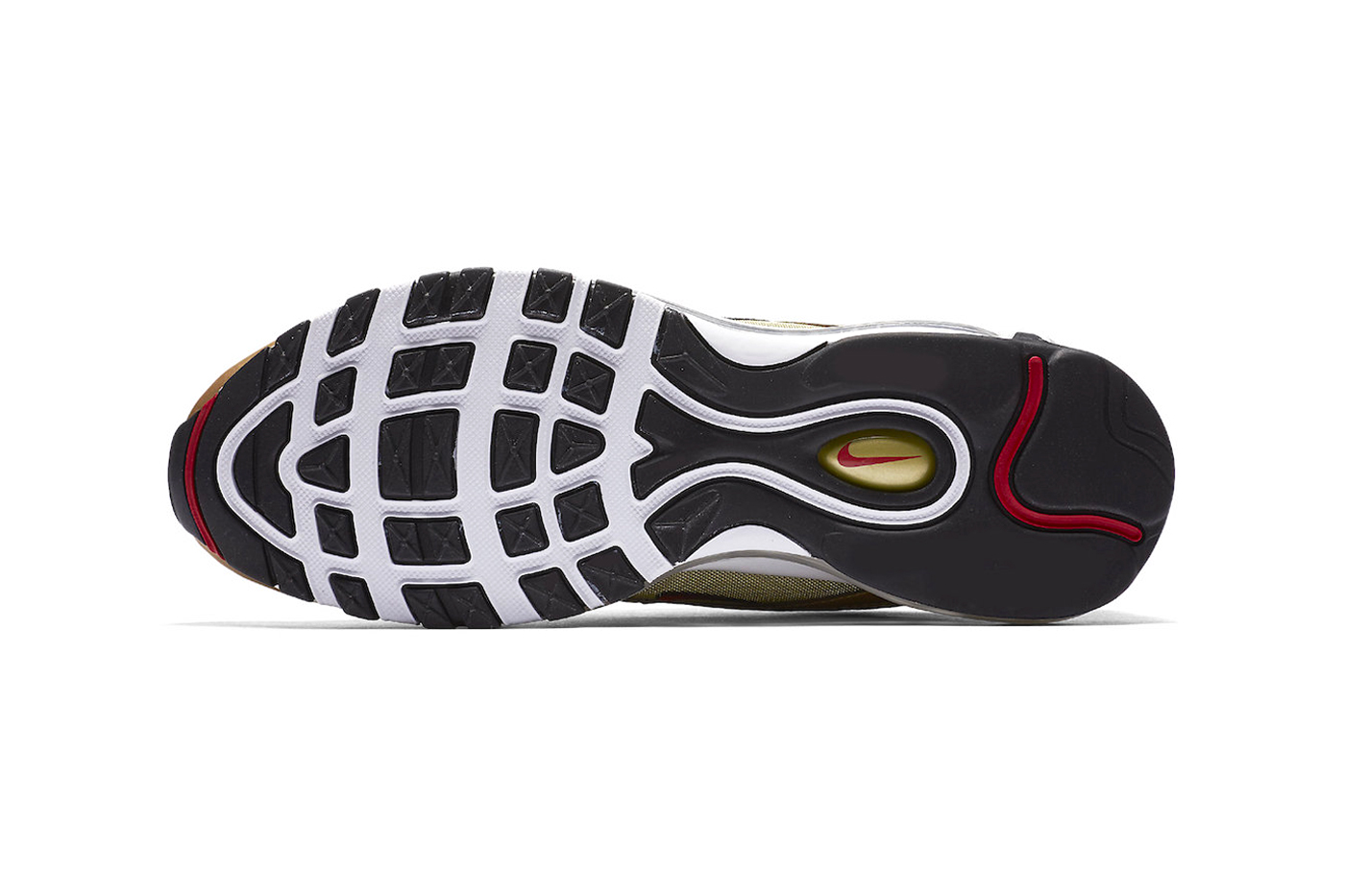