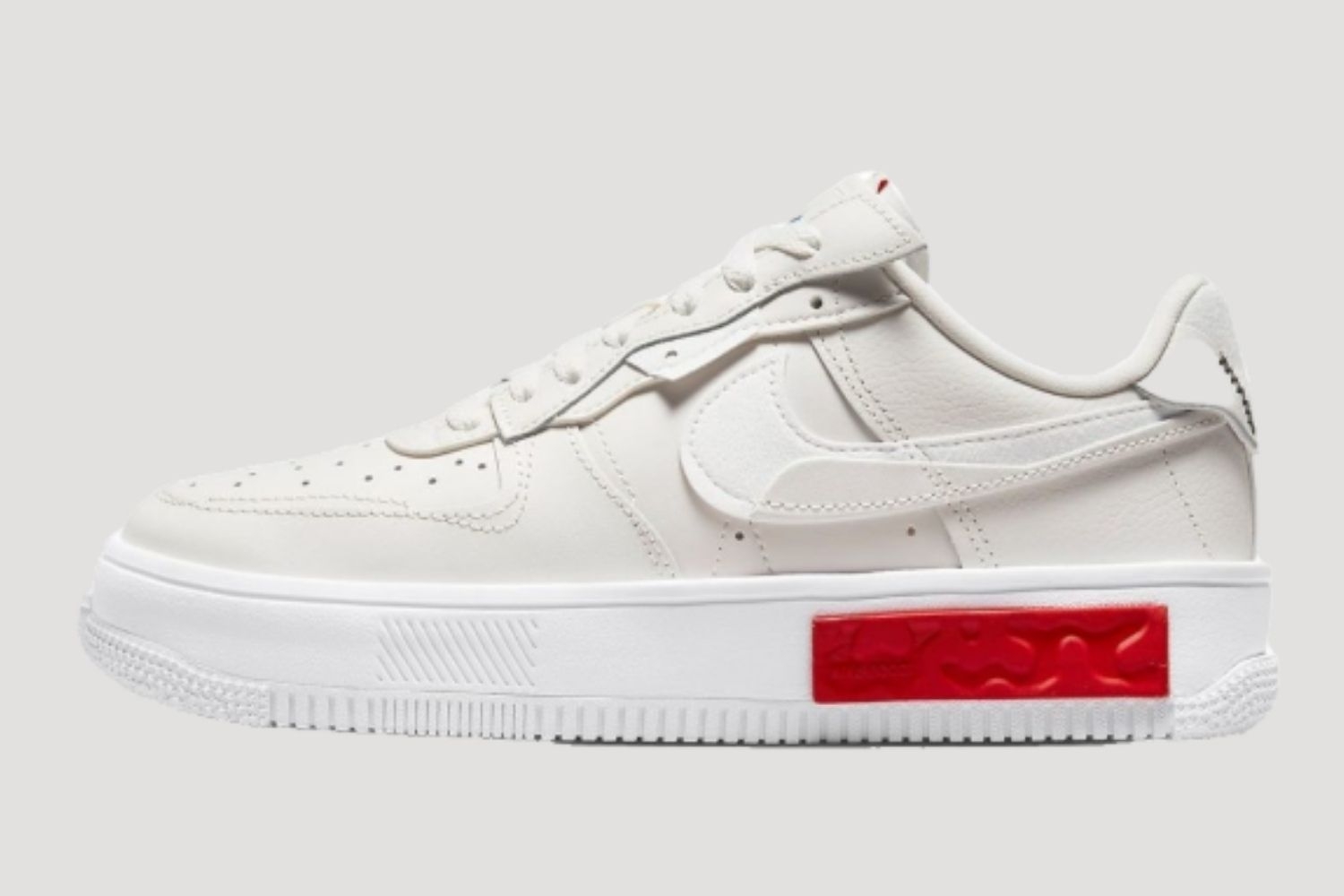 The Nike Air Force 1 Fontanka gets a 'Phantom' colorway. The model is an updated version of the Air Force 1 and will most likely be dropped at the end of 2021.

The Fontanka comes dressed in an off-white colour scheme, with a slight red display. The upper is made from leather, nylon and suede. The overlays on the heel tab and around the laces stand out from the shoe and shape the silhouette.

In addition, the silhouette has a double tongue. On the front tongue, three swooshes are stitched in red, blue and green. On the rear tongue, the Nike logo is visible in red. The insoles are also off-white in colour, with the Nike logo printed in red.

The swoosh on the middle panel is white and an off-white coloured overlay is also placed on this. The midsoles of this pair are white. To complete the pair, a red element can be found on these. The outsoles have also been given a white colour and protrude at the sides.

The 'Phantom' has not yet been given an exact release date. The pair will most likely be released at the end of 2021. 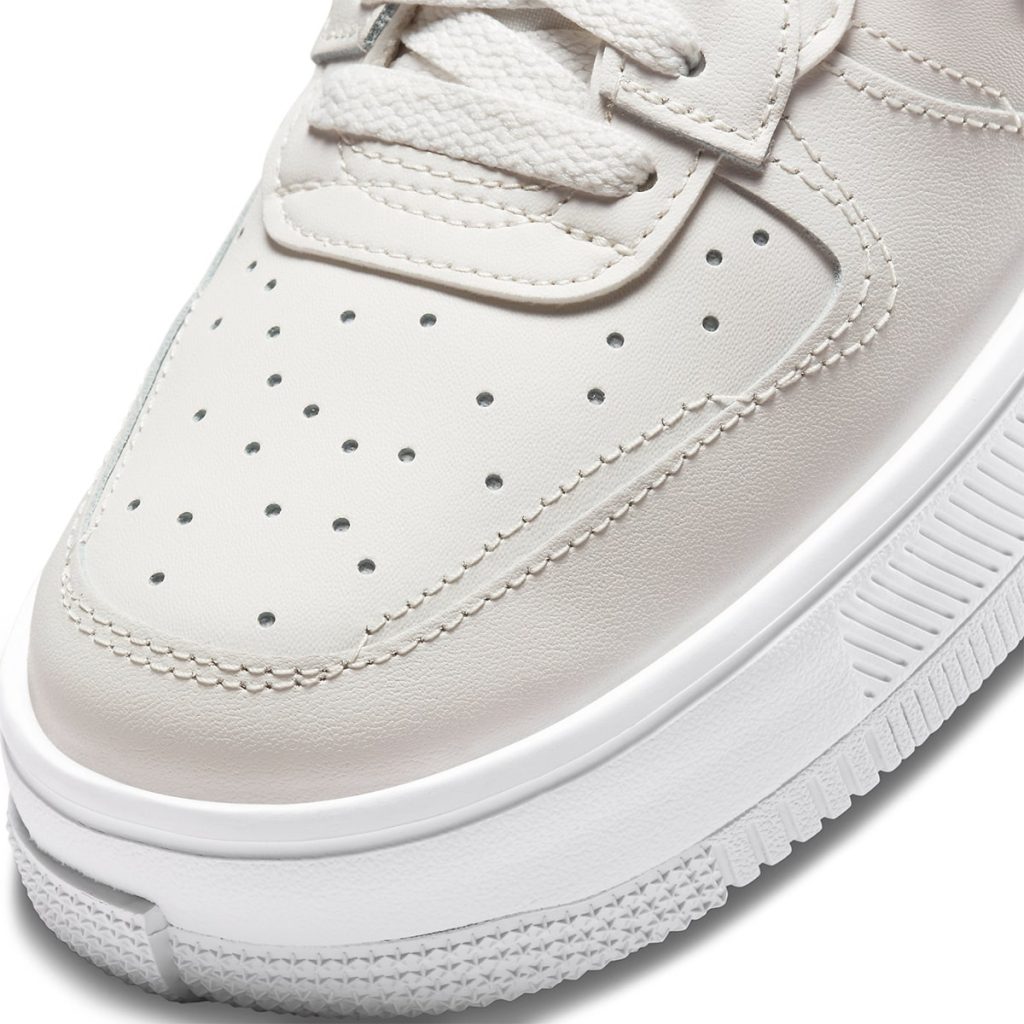 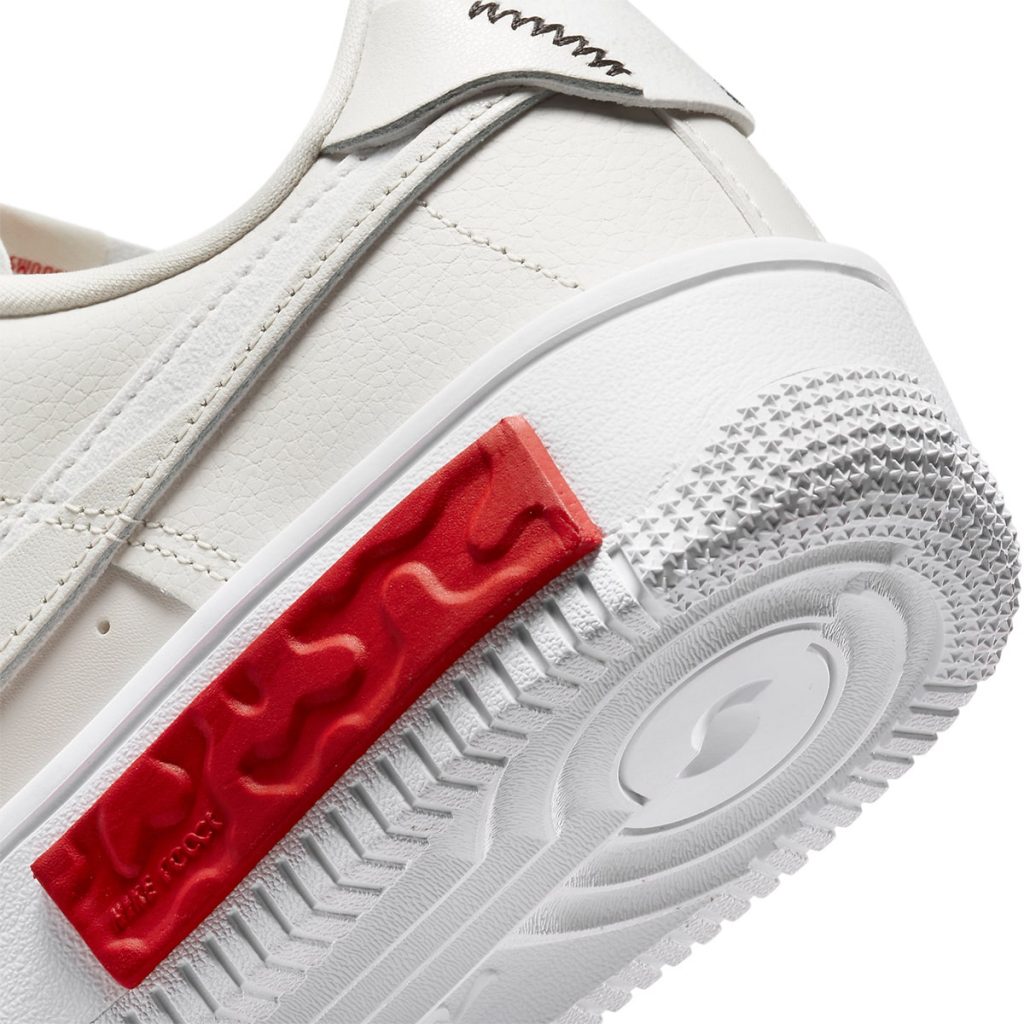 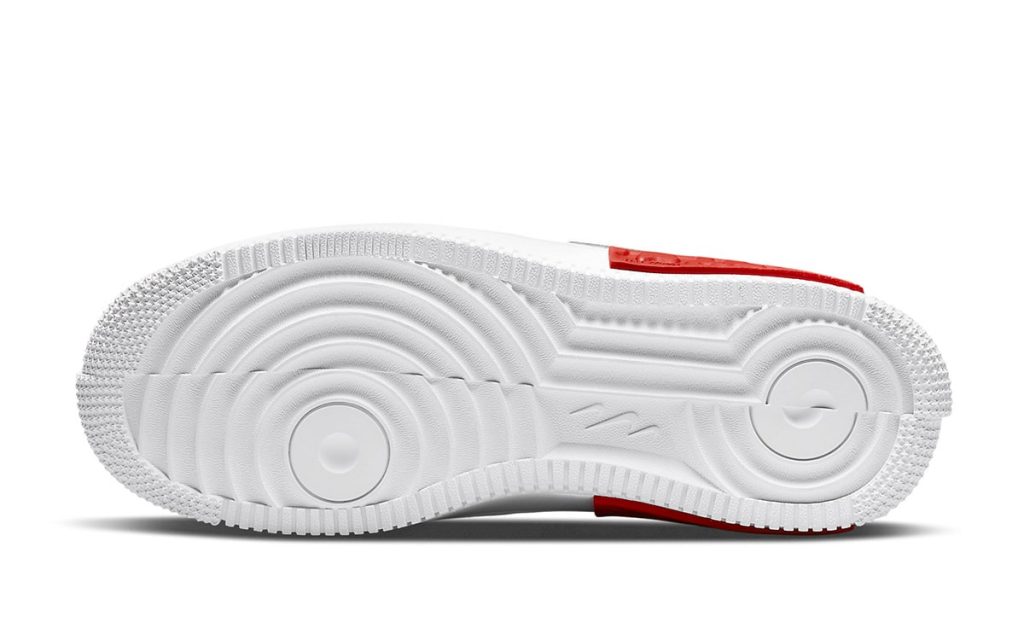 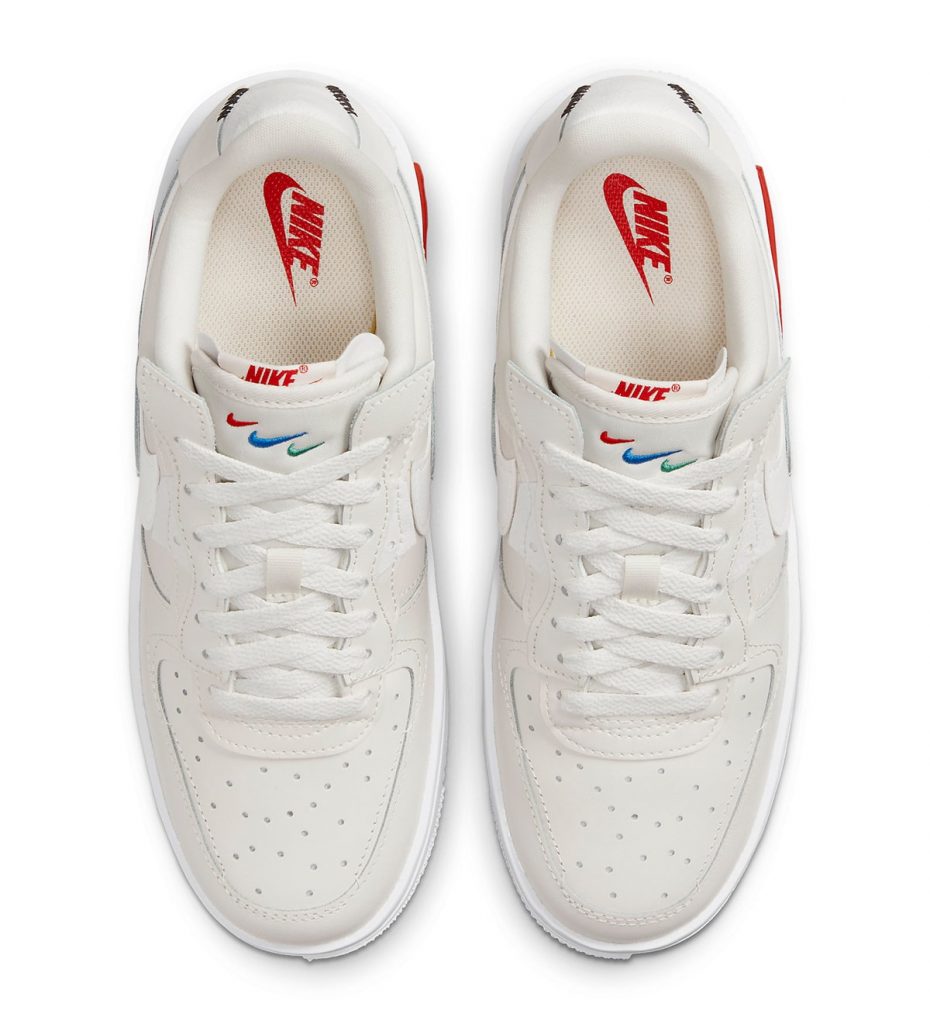 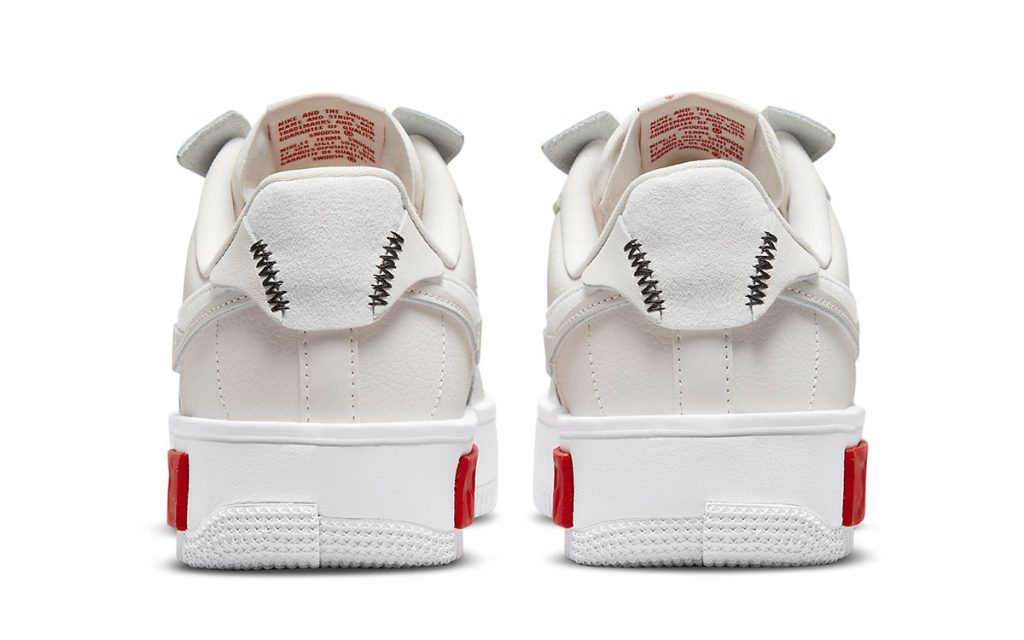 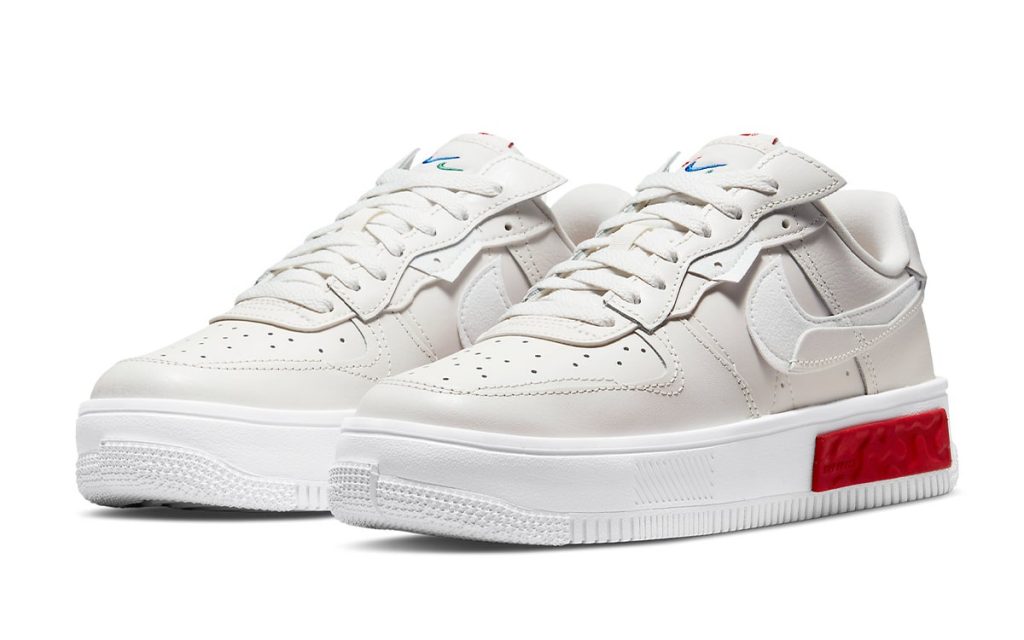 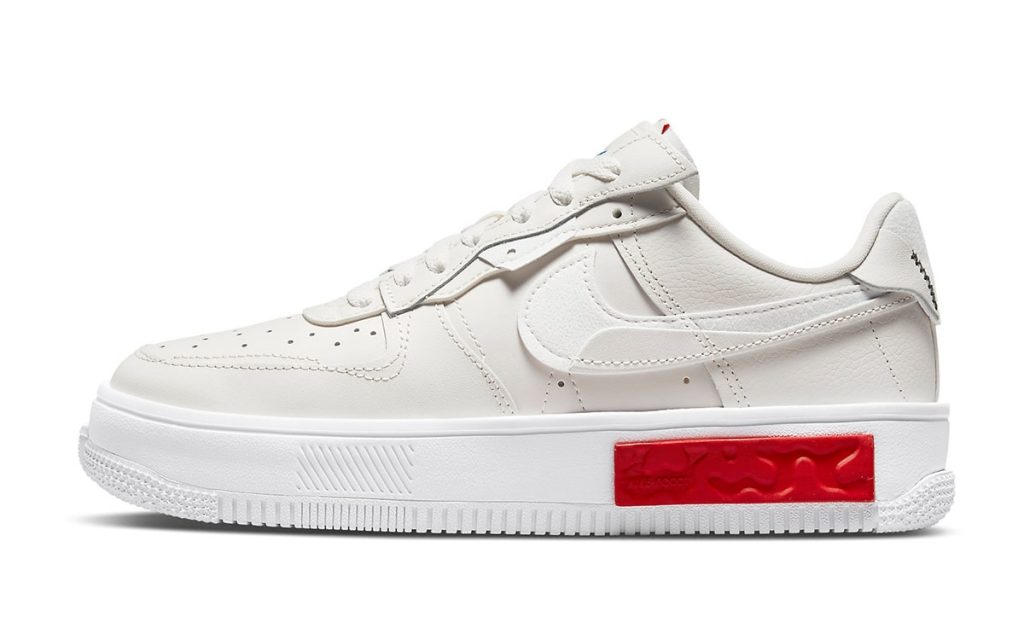 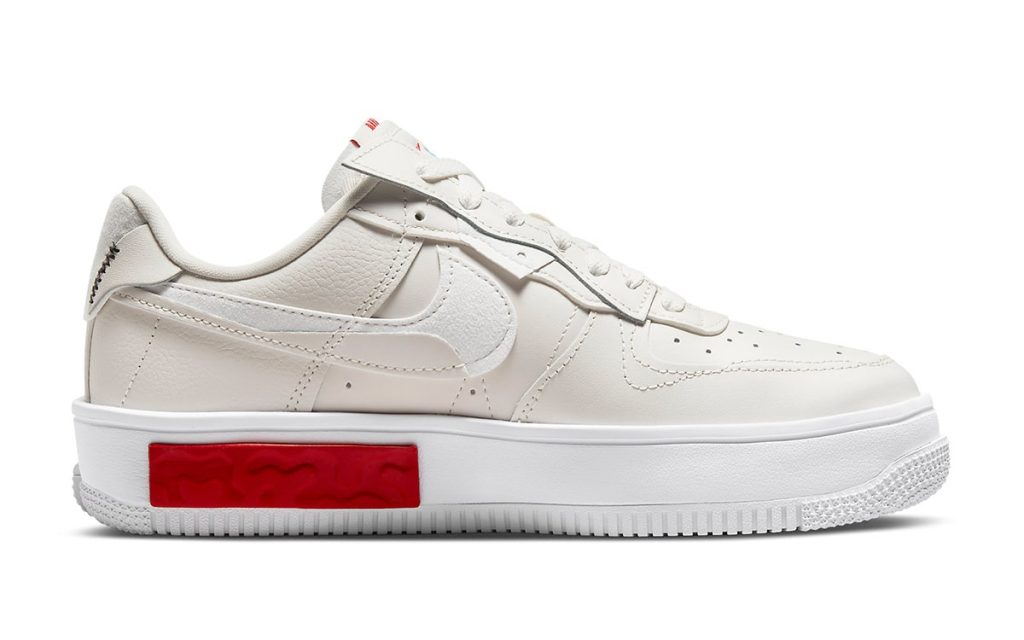