The new Snipes x McDonalds collection is on its way 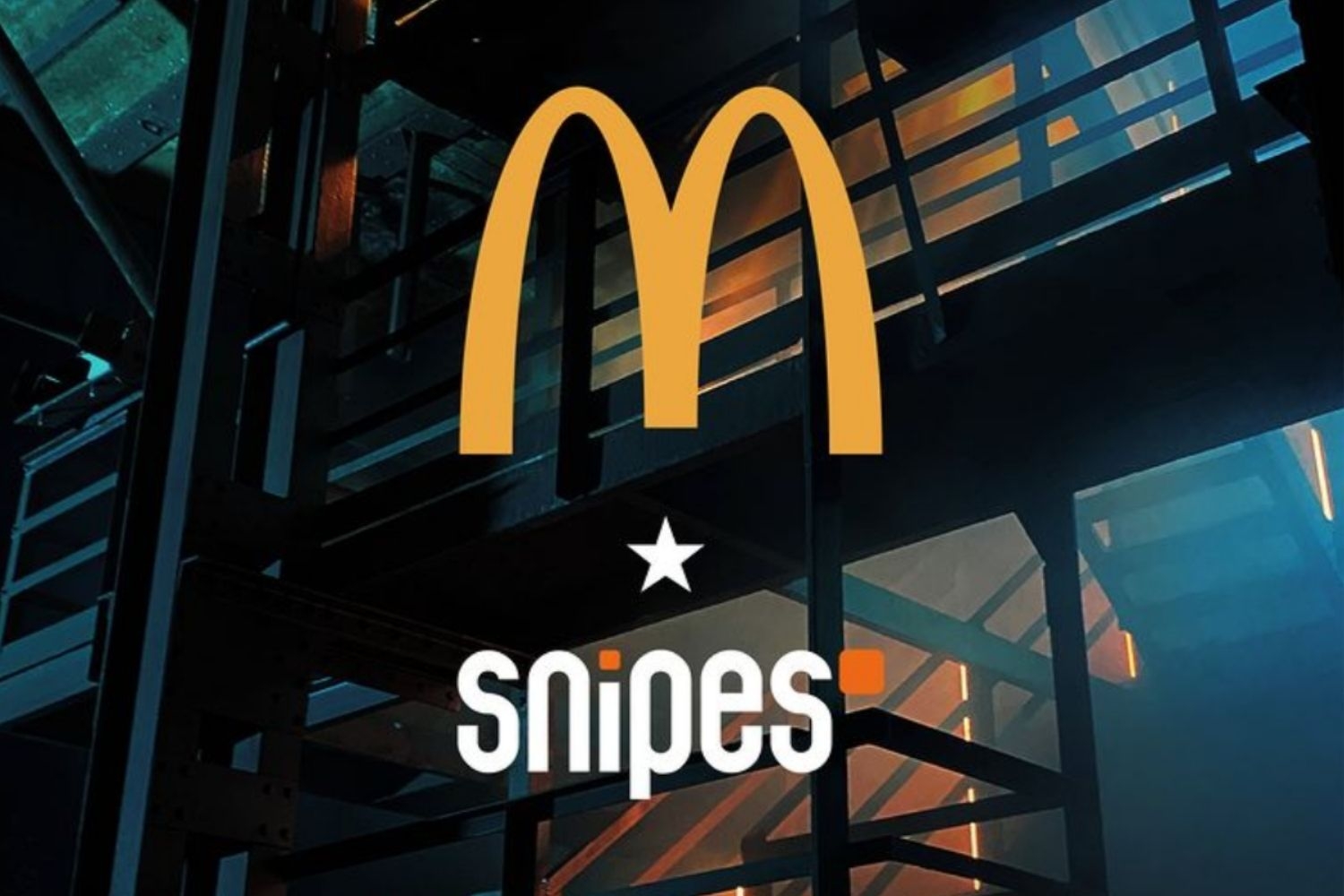 Snipes has teamed up with fast food restaurant McDonalds to release its own joint collection. Unfortunately, not much is known about this Snipes x McDonalds collection yet. What we do know is that the items from this collaboration will be dropped on 20 November 2021.

Snipes has had a lot of collaborations with different names over the years. The streetwear chain has released a number of collections with artists such as 21 Savage and Dj Khaled. Also well-known brands like Playstation and the Starter Black Label can be found on the list of collaborations.

Now it is McDonalds' turn to partner with Snipes. McDonalds was founded by Maurice and Richard McDonalds and was originally a drive-through barbecue restaurant. In 1948, the brothers converted the drive-through into a burger and milkshake restaurant. This became the first branch of McDonalds.

In 2020, McDonalds also collaborated with artist Travis Scott and released the Travis Scott meal. In addition, the two also released merchandise. These consisted of a few notable items with the Cactus Jack and McDonalds logo printed on them.

Unfortunately, not much has been revealed yet about the collaboration with the fast food restaurant and Snipes. However, we can expect a lot of cool items from the collection to be dropped on 20 November 2021.