The new colorway of the Nike Dunk Low 'Barbershop 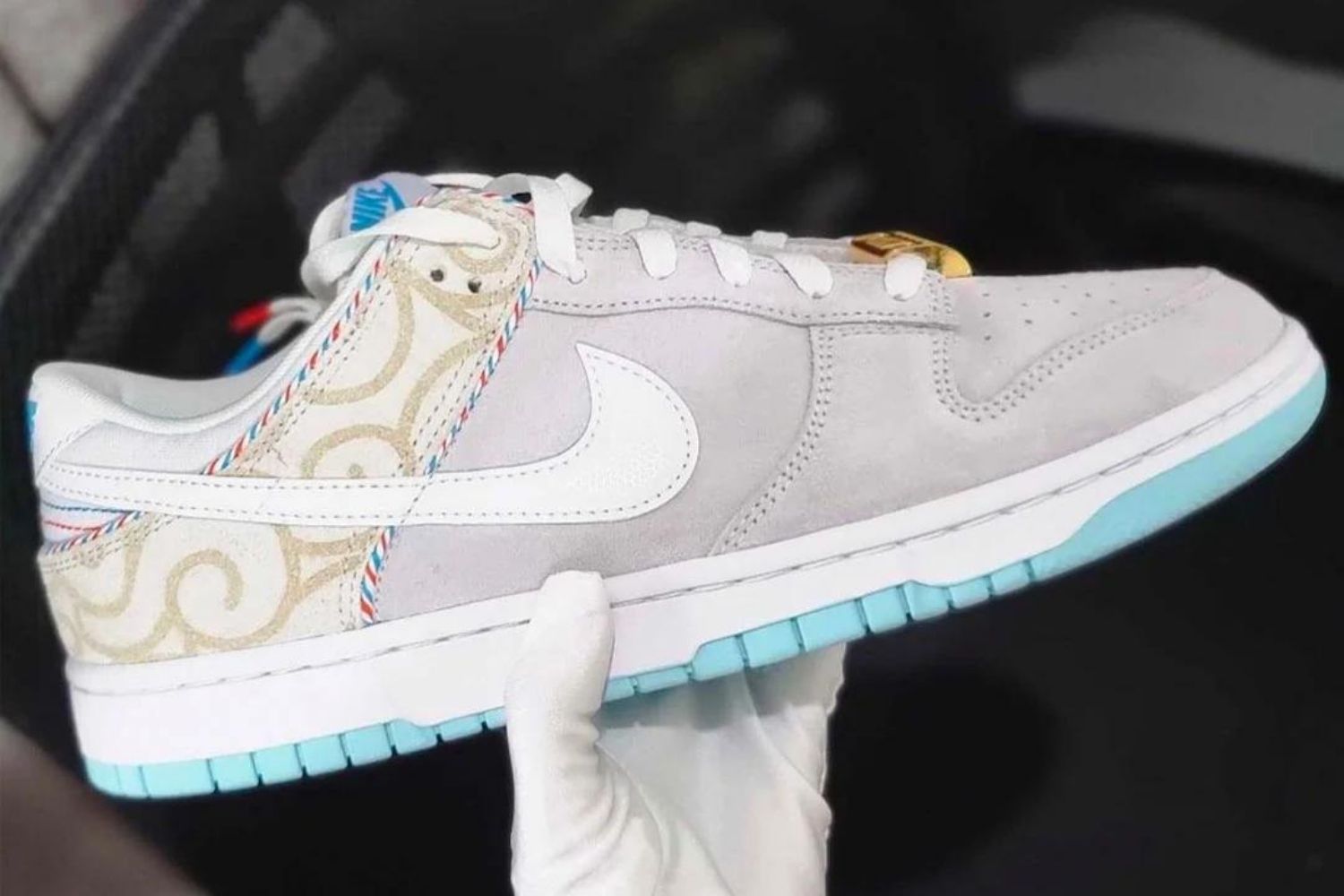 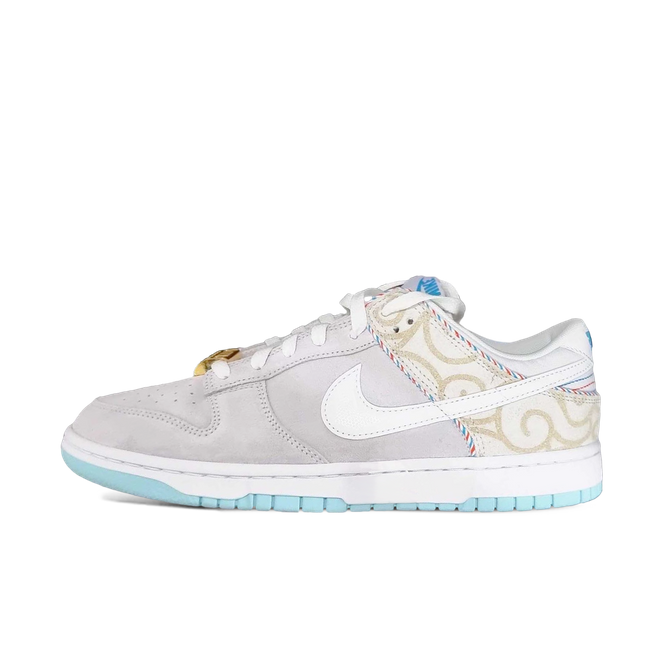 After unveiling the Nike Dunk Low 'Barbershop' in a black colorway, the Swoosh brand is now adding a 'Cool Grey' variant to the pack. The sneaker takes its inspiration from 'barber culture' and, along with the black variant, will be released in 2022.

Unlike its predecessor, this pair features a 'Cool Grey' suede upper and an overlay at the collar and heel with a gold curl pattern that refers to barbershop hair. The edges of the overlay are decorated with a striped motif in red, white and blue. This refers to the barber poles that were often used by hairdressers as signs in the past.

A golden lacelock in the shape of a razor blade hangs from the laces. The Nike logo is printed on the tongue and the end of the laces also come in the colours red and blue. Finally, the sneaker wears white midsoles and is supported by blue outsoles.

Unfortunately, it is not yet known when the Nike Dunk Low 'Barbershop' pack will be released. However, the pair are expected to be released in 2022. 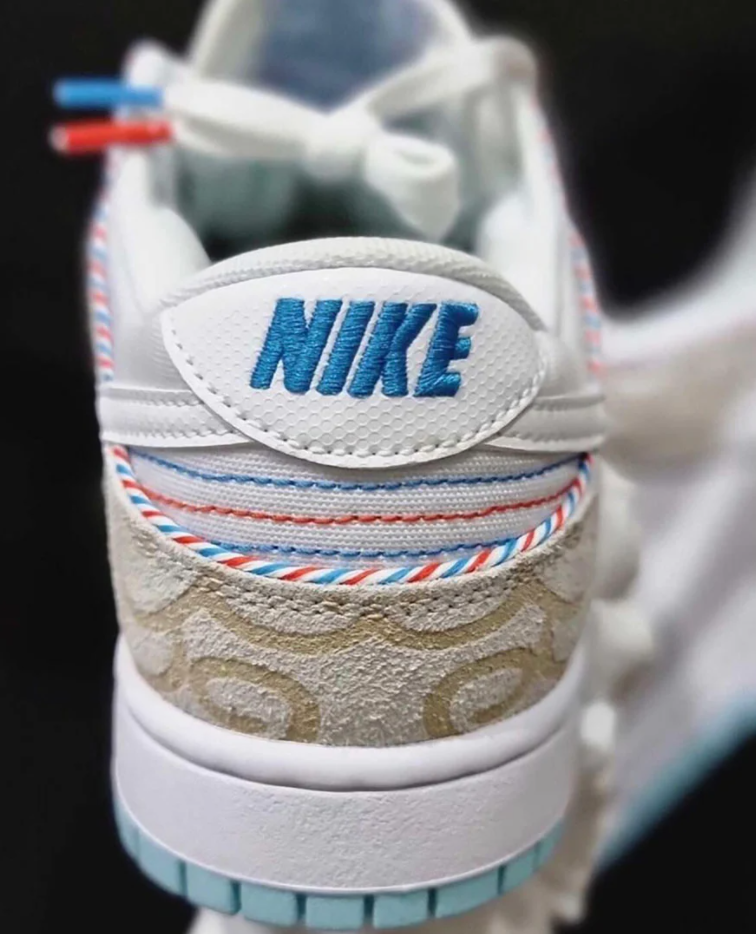 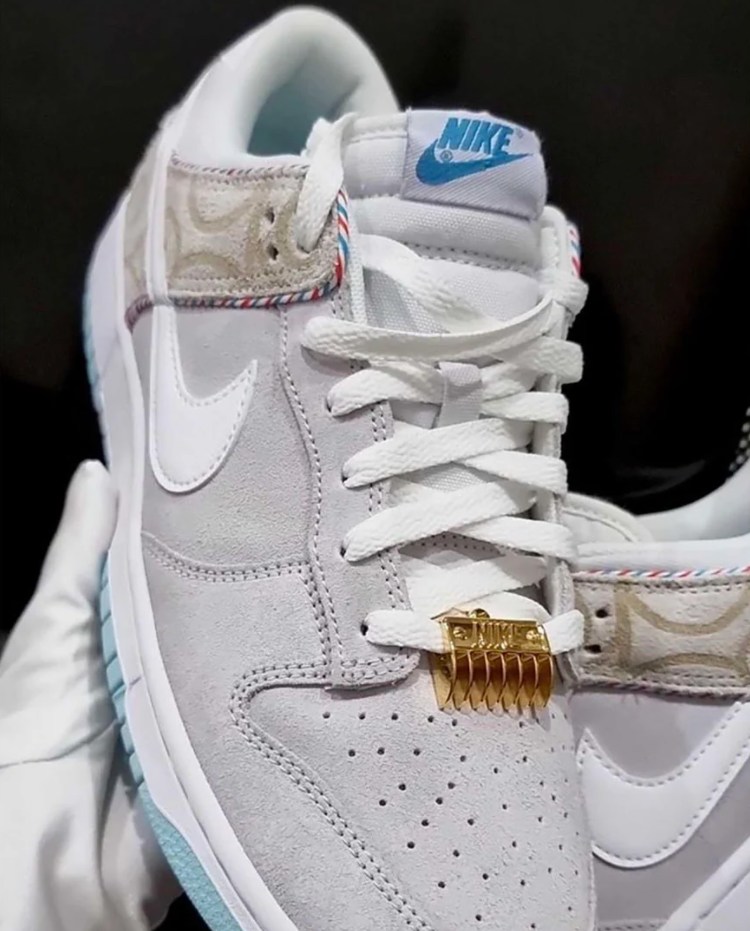 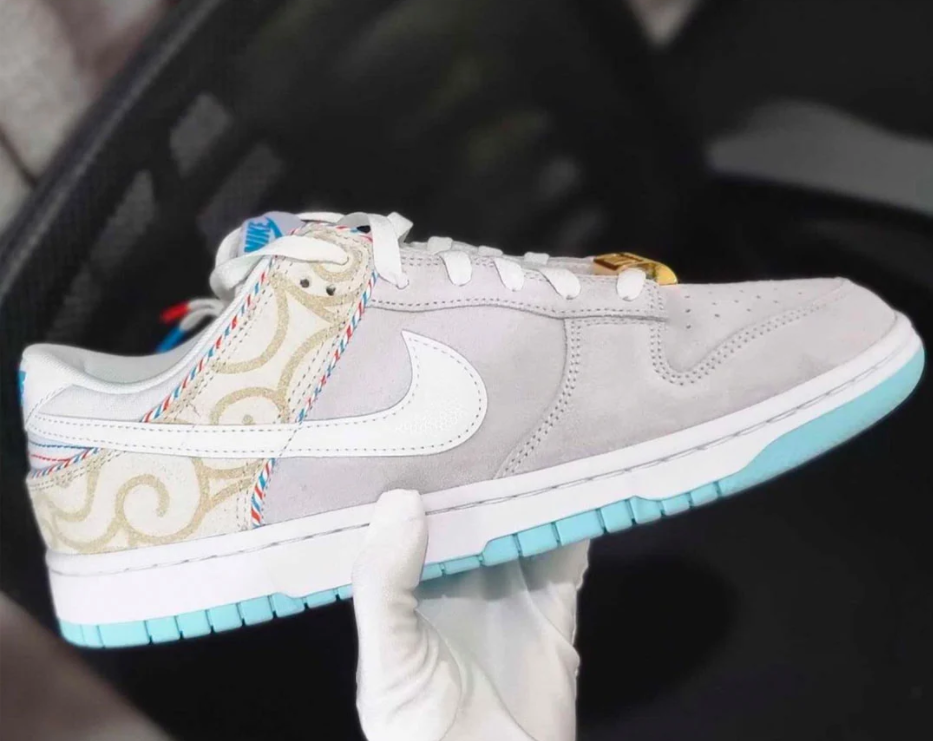