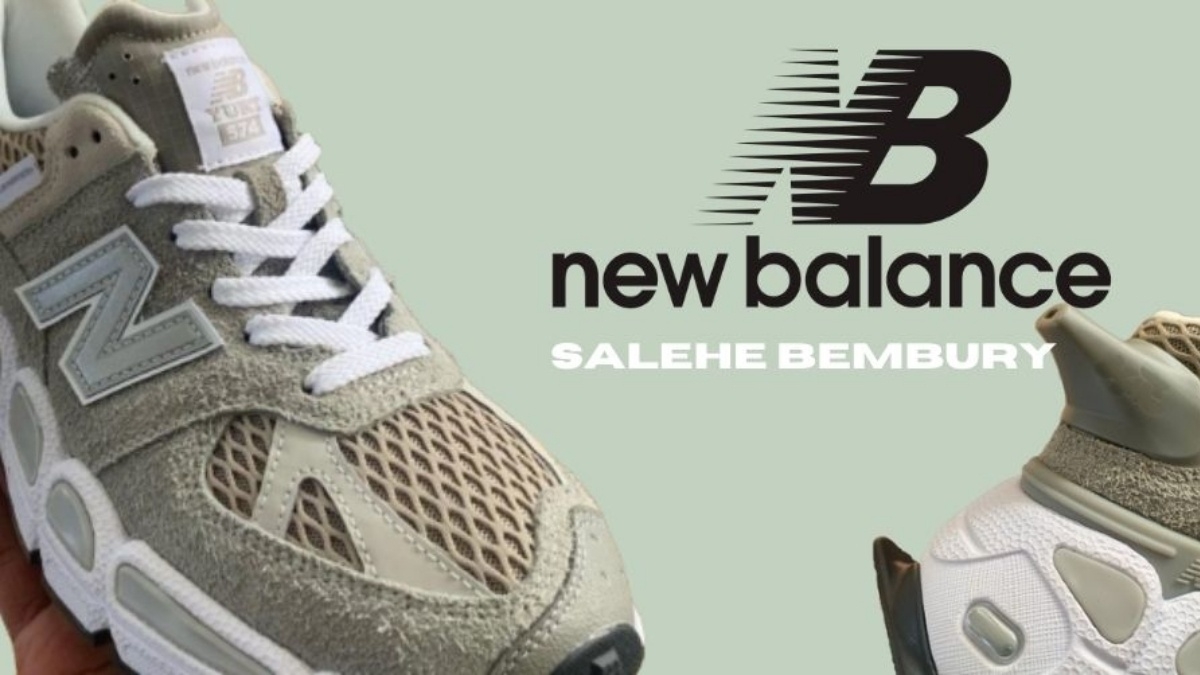 Salehe Bembury has joined forces for the fourth time with New Balance. This time, he has collaborated on the New Balance 574. The first images of this collaboration surfaced at the end of August. Compared to the previous collaborations with Salehe Bembury, the sneaker has very neutral colours and is made of suede and textile. The model is inspired by a yurt. This is a traditional tent that was mainly used by nomads. With this design, Salehe Bembury stays close to his interest in nature.

Salehe Bembury is a big name in the sneaker world. The designer made his big break in 2015 and began his collaboration with YEEZY. Together with Kanye West, he worked on the Yeezy Boost 750 and the Yeezy Boost 350 V2. After his collaboration with Kanye, he started working as a footwear designer at Versace. Since then, it is impossible to imagine the world of sneakers without Bembury.

In 2020, the Salehe Bembury x New Balance 2002 released. This design was inspired by the Antelope Canyons in Arizona and also owed its colorway to this. At the beginning of 2021, Bembury posted an Instagram message showing his design for the New Balance Test Run Project 3.0. A striking feature here was the pocket around the sneaker with the text "Finder's keepers". This together with the poster of this model indicated that Bembury would be hiding a number of copies throughout Los Angeles.

The Salehe Bembury x New Balance 574 'Yurt' has a unique silhouette. The sneaker is made up of different materials such as suede, textile and mesh. The suede is a bit coarser than usual and the colorway of the shoe consists of different shades of grey.

The sole is supported with an ABZORB midsole. A technology of New Balance in which the sole consists of a combination of rubber and foam. Light grey pebble-like elements have been added to the sides of the soles. The outsole is black and on the heel, you can see a ventilation opening. This ventilation system is specially designed for this collaboration and would allow air to escape with every step.

The label of New Balance can be seen on the tongue. The name of the colorway, 'Yurt', is also printed on the label. The New Balance logo is stitched in grey on the sides of the sneaker. Above the logo, there is a label with the name of Salehe Bembury on it.

The exact date of this release is still unknown. However, the sneaker will be released in 2021. Do you want to stay informed about all new sneaker releases? Download the Sneakerjagers app so you don't miss a single release! Also follow us on Instagram, YouTube and Twitter.