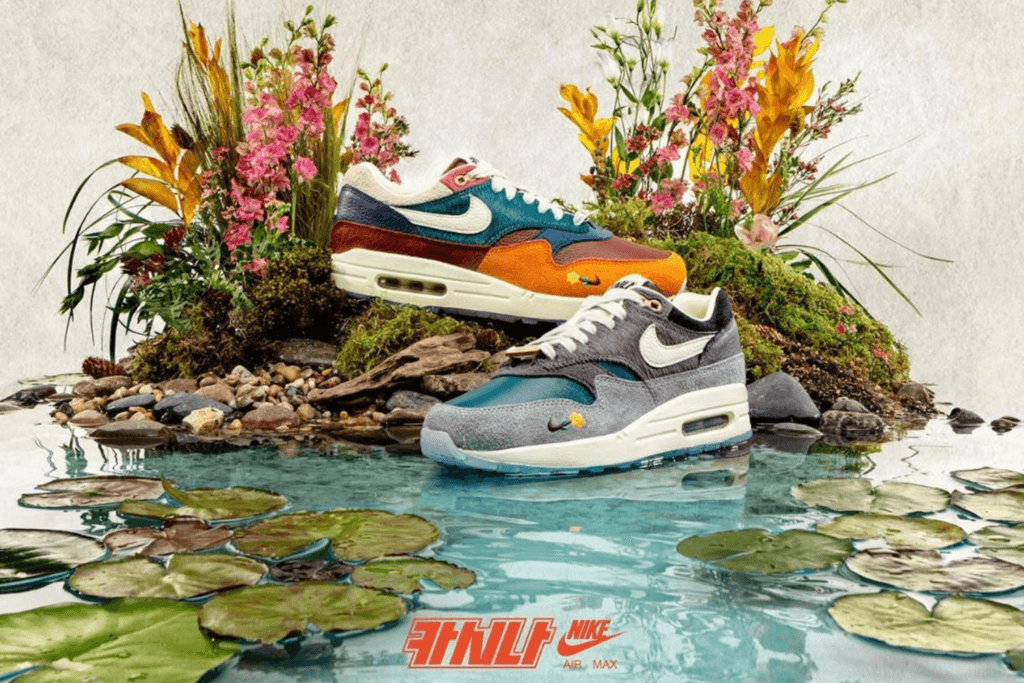 Earlier this month, images of a possible collaboration between Kasina and Nike appeared. The collab has been confirmed and a pack will be released. The 'Made To Be Together' pack features two colorways of the Nike Air Max 1, each with a unique look. The pack is expected to be released in June.

The colourful colorway of the two has an upper made of different materials. The toebox, for example, is made from leather in a burgundy colour, but the front part of the mudguard is suede. The suede toe is in orange and has a flower on the small embroidered Swoosh. The overlay under the laces is also made of suede, but this one is dark blue.

On the side panel, hairy material is used. This is blue, and the rest of the mudguard is burgundy. The collar is also made of suede and is in white. On the heeltab, leather is used in a dark blue colour.

The other colorway from this pack is a bit more common. The toebox of this pair is in blue and the rest of the elements consist of different shades of grey. The Swoosh on both pairs is white on the outside and the same colour as the toebox on the inside.

The Kasina x Nike Air Max 1 'Made To Be Together' pack is expected to hit the SNKRS app on Wednesday, June 8. Check out the images of the sneakers below and keep an eye on our release calendar.