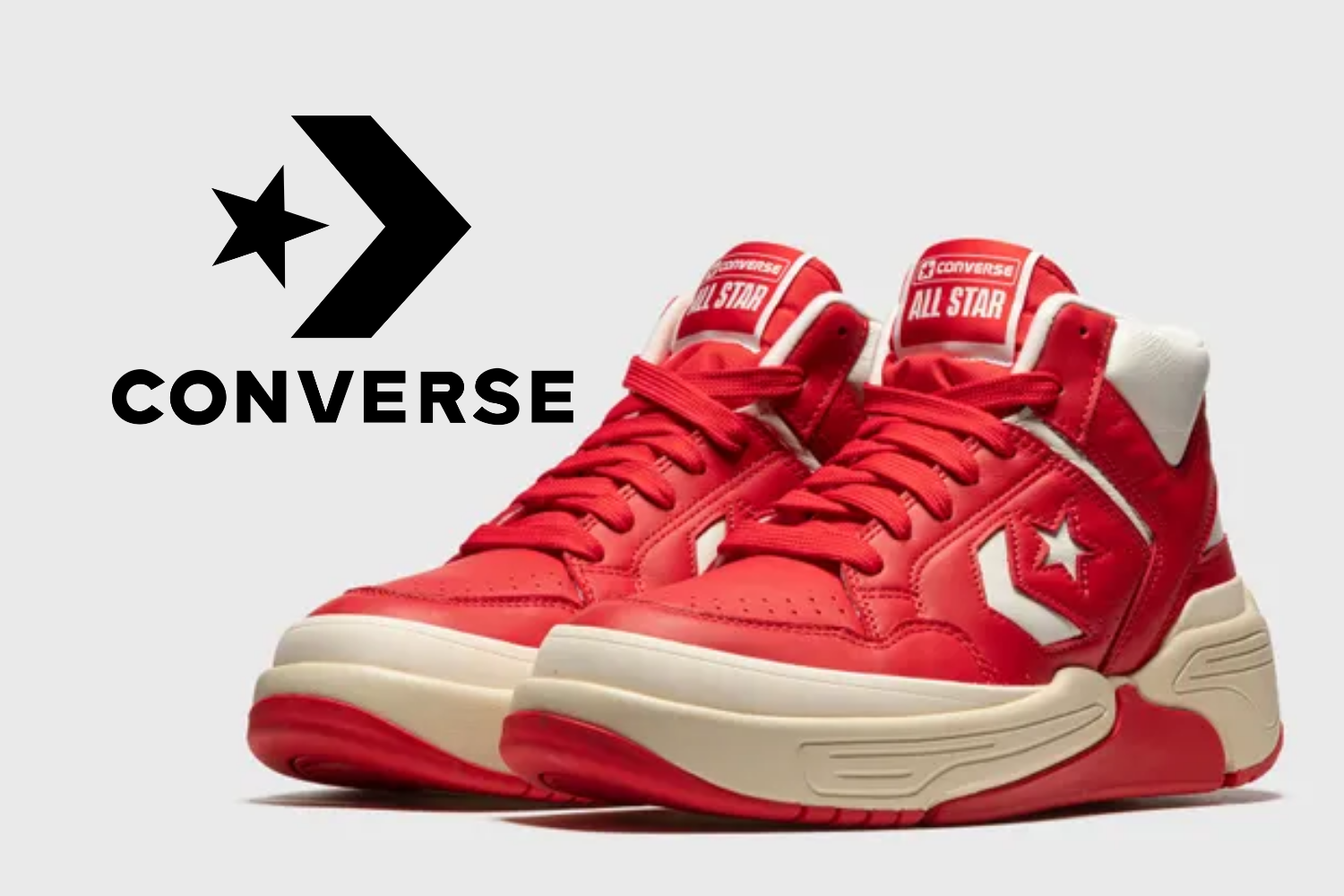 The red colorway of the Converse Weapon CS Mid 'University Red' drops on December 14, 2021. The sneaker already received a 'Kinetic Blue' colorway on December 7, 2021 and now gets a red colour scheme. The model has a rich history and is no unknown model for the basketball enthusiasts among us.

In 2021, Converse is bringing back a classic. The Weapon CX was a well-known sneaker in the 80s and was worn especially on the basketball court. For example, basketball icons Magic Johnson and Larry Bird were the ones who appeared on the court in this model, before Michael Jordan changed the world of basketball shoes with his own sneaker.

The model was first released in 1986, and by the end of the 1980s, almost every NBA player had played in the shoe. The Weapon CX had a leather upper and a retro look. Where Converse started with the canvas Chuck Taylor, the Weapon CX was a definite upgrade. The leather construction and the chunky look made it a very suitable basketball shoe and soon many people became familiar with this model.

An iconic moment in the history of this pair was during a game between Magic and Larry. The two were rivals and played for clubs that could not stand each other; the Los Angeles Lakers and the Boston Celtics. During the 1986 game, both wore the Weapon CX, which drew a lot of attention to the model.

Now, some 40 years later, Converse comes out with the 'Loyalty' pack. In it, the Weapon CX Mid gets two new colorways. On December 7, 2021, the first colorway from the pack was dropped. The 'Kinetic Blue' features a blue colorway and has a striking midsole. The pair has also received a number of tweaks.

The Y-pattern on the upper provides stability and the new CX-foam technology gives the classic model a modern twist. The upper, like its predecessors, is made of leather and colours the 'Kinetic Blue' in white and blue. On the middle panel, the Converse logo is visible and has remained the same.

The 'Kinetic Blue' was released on 7 December and is now available at Converse.

On December 14, 2021 Converse releases a new colorway of the Weapon CX. The 'University Red' combines the colours red and white and has a leather upper, just like its predecessor. The Converse logo is embossed on the centre panel and is also found on the tongue.

The sole has a chunky look and is yellowed. This gives the model a retro look. The nose has perforation holes that help the shoe to breathe. This version also has the Y-pattern on the upper, which supports the ankle.

The Converse CX Weapon Mid 'University Red' from the 'Loyalty' pack will be released on December 14, 2021 at 10:00 AM at Converse. Don't miss this release and rock these retro basketball shoes on the basketball court or in an everyday outfit.

Available at 7 webshops
View all retailers