The best Yeezy releases of 2021 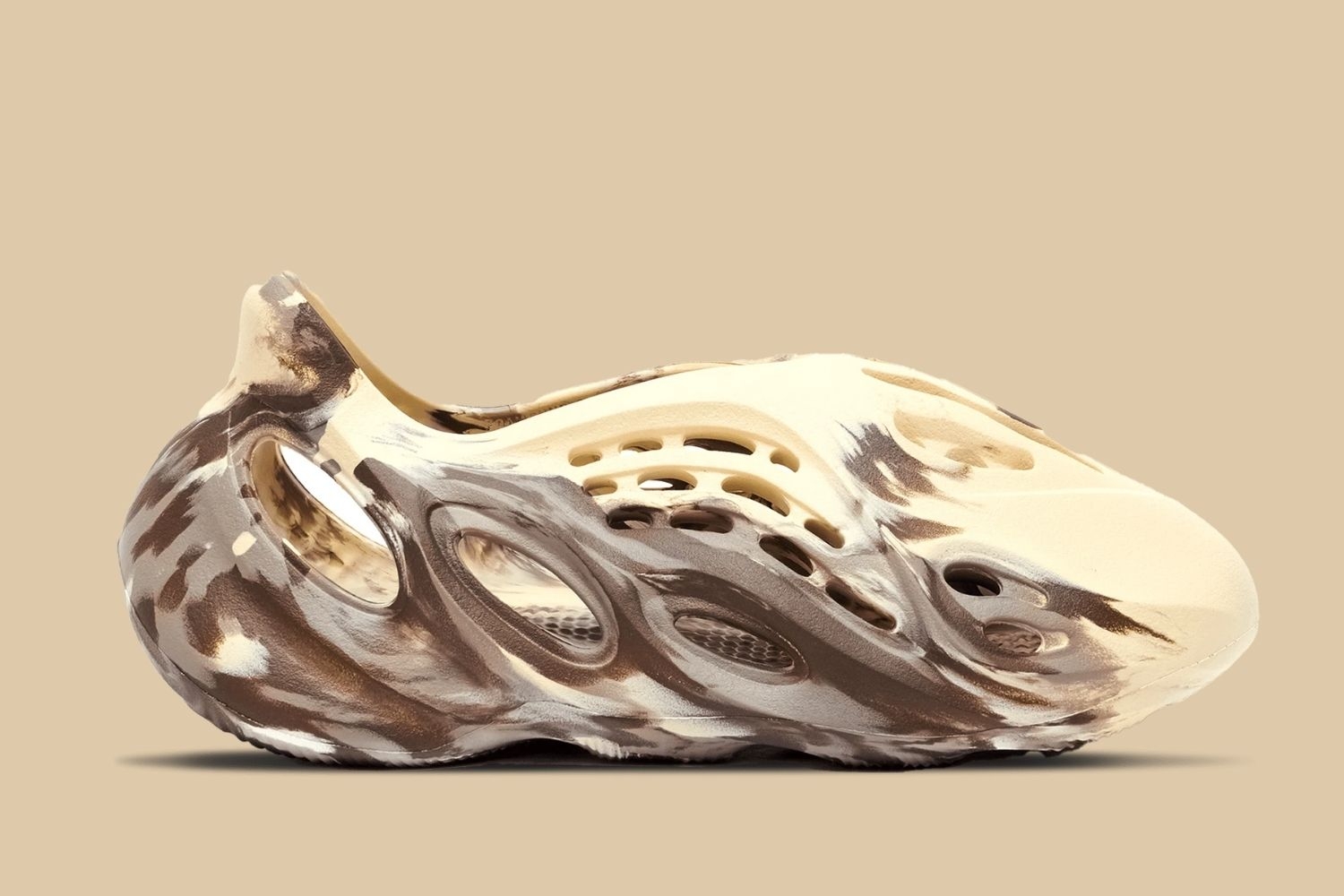 The year 2021 was a successful year for the Yeezys. From Foam RNNRS to Slides, adidas and Kanye West did their best in 2021 and a lot of special colorways came out.

A lot of high-profile Yeezys were released in 2021. Kanye West and adidas proved again that six years after their first sneaker, they are still one of the biggest players in the sneaker world. The two names came out with new models, like the 450, but also gave familiar silhouettes new colorways. The Yeezys also did well on StockX and are the best pairs of 2021 according to them.

The 450 made its debut in 2021 during Paris Fashion Week. This is where Kanye West was first spotted in the 'Cloud White'. The white pair caused a stir and its futuristic appearance made it a standout pair. A few months after the week in Paris, the Yeezy 450 'Dark Slate' released. The sneaker shared the same silhouette and had an all-black colorway.

The upper of the sneaker consists of Primeknit and has a sock-like collar. The sole, with its wavy appearance, is the most striking part and gives the pair a somewhat futuristic look. Love it or hate it, but the 450 is definitely a special pair.

The 700 also made its comeback in 2021. The model has already received a lot of different colorways in recent years and the 'Wash Orange' was certainly a good addition to this. The colorway was released on 16 October 2021 and featured a striking orange midsole.

The sneaker combines different colours and materials on the upper. The colours featured on this pair have been seen before on previous colorways of the 700, with the upper taking inspiration from the well-known 2017 'Wave Runner' colorway. The bright orange midsole gives the model a new look and certainly makes it a remarkable pair.

The Foam RNNR is perhaps one of the most unusual sneakers in this list. The lace-less model has a remarkable design and has stirred up a lot of controversy in the sneaker world since its release. The pair is made of algae, which makes it a very durable shoe. This combined with its modern look makes it one of the best Yeezy of 2021.

Last year, the Foam RNNR received multiple colorways, but the 'Cream Clay' remains one of the most special. The Yeezy combines the colours cream and brown and has a kind of swirl effect all over the silhouette.

The updated V2 version of the Yeezy 700 adds a number of extra elements to its model. Compared to its predecessor, the V2 has added a number of mesh details and reflective elements to its model. The first colorway of the Yeezy V2, the 'Static', has been a popular pair since its release in 2018. For example, the resell price of the 'Static' is about 223% above its retail price.

Reminiscent of the V2's first colourway, the 'Cream' is a good alternative for those who missed out on the 'Static'. The beige and grey tones on the 'Cream' give the sneaker a sleek look. The combination of the mesh upper and leather overlays make it a very stylish pair.

With their minimalist designs and earth tones, the Yeezy Slides are a great addition to any wardrobe. The slippers have seen a lot of variations since their release in December 2019. The 'Pure' came out in September 2021 and has a sleek silhouette. The Slide is completely made of EVA foam which makes it very comfortable. The chunky outsole gives the pair a tough look.

The 350 V2 is perhaps one of the most famous silhouettes known to Yeezy. The first 350 V2 was released in September 2016. Since its initial release, the model has seen a lot of different colorways including the 'Core Black Red', 'Glow' and the 'Sesame'. In July 2021, Kanye and adidas came up with the 'Mono Clay' colorway.

This pair has an upper made of monofilament mesh, which gives it a very special design. The vibrant orange colour gives the pair a striking look and makes it one of the best Yeezys of 2021.

In addition to the 2021 releases, previous Yeezy models are also available at StockX. From the Slides to the 700 Boost, you can find your favourite Yeezy at StockX. In addition, all sneakers at StockX are checked on their authenticity. Which Yeezys we can expect in 2022, we have to wait and see.