The Nike Air Max BW comes in a City Pack 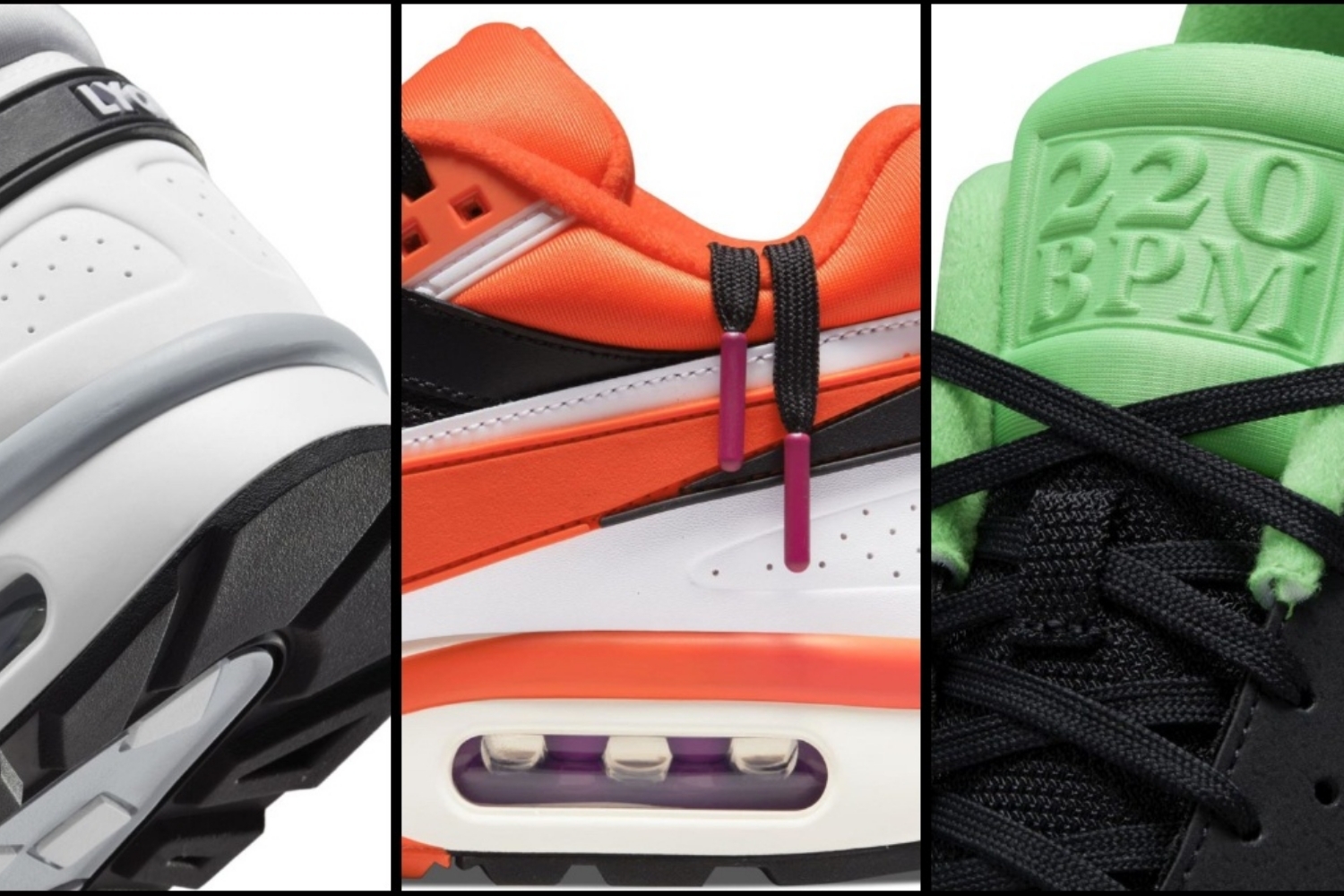 Nike created an Air Max BW City pack consisting of three different sneakers, with designs paying homage to three cities: Lyon, Los Angeles and Rotterdam. Check out how the Air Max BW has been transformed into three colourful designs below.

In 1991, Nike released the Air Max BW for the first time. Designed by Tinker Hatfield, the model was released one year after the well known Air Max 90 and has the same Nike Air Sole Unit. However, there was one major difference between the two models: the Air Max BW had a larger window. Hence the name "Bigger Window" or "BW".

The original AM BW was given a striking colour: "Persian Violet". This blue/purple colour was contrasted with black and white. The model can be considered an iconic shoe, because of the huge impact of this sneaker on the music scene in the 90s. This OG colorway was re-released in 2021.

Looking at the history of the AM Bigger Window, it is not surprising that the city of Rotterdam was chosen for the City Pack. The gabber culture was very active in Rotterdam and many gabbers wore the Air Max BW during partying. To be able to rave every night, comfortable shoes were needed. The addition of the Air Cushion Unit made the sneaker perfect for going wild all night long. The model was worn by so many gabbers that the model even became part of the gabber uniform: a tracksuit and Air Max BW sneakers.

The Rotterdam colorway has been given a bright green colour, and 'Rotterdam' can be seen written on the heel. A special detail has been added on the tongue, where '220 BPM' can be seen. These '220 Beats Per Minute' are characteristic for hardcore music.

The French city of Lyon has also been given a design on the Air Max BW. This colorway has been kept calmer by using different shades of grey. A striking detail is the name 'Lyon' on the tongue and on the heel. Additionally, the French flag colours can be seen on the insoles.

Finally, there is also a colorway inspired by the American city of Los Angeles. The tropical orange and purple colours on the sneaker are reminiscent of sunsets. The insoles also feature palm trees, which are characteristic of LA.

Similar to the OG colourblocking, a large part of the shoe is black, while orange and white details make the look special. The Air cushioning behind the Big Window also carries you confidently through the city - and to the beach.

The Nike Air Max BW City Pack was released in 2021 and is available for resell on various platforms including StockX, Klekt and Kickscrew.