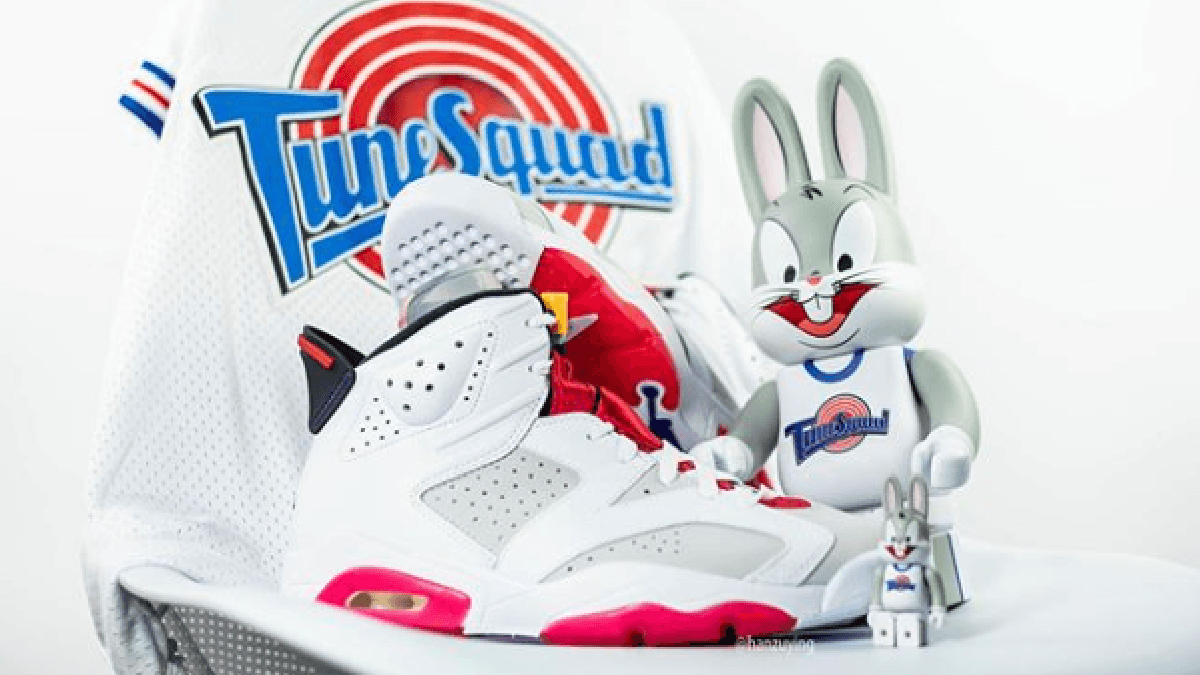 The iconic Air Jordan 6 gets a new colorway, which brings back a very familiar theme to us. Hare is the theme, and the cover picture already reveals which bunny it is - Bugs Bunny! The Air Jordan 6 Retro 'Hare' will celebrate its release on April 11, 2020 at 09:00 am. It will be available for €190 at selected retailers. Here you can learn more about the history of the colorway and get the first detailed pictures:

Some may have recognized the model already. Because it looks very similar to its original, the Air Jordan 7 'Hare' from 1992. And this should please many Michael Jordan and Bugs Bunny fans! I became a fan of the combination after watching the movie Space Jam. But even before that, the campaign between the Jordan Brand, his namesake Michael and the comic character Bugs Bunny was created. And if you pay attention in the following clip, you will see Bugs Bunny wearing the original Air Jordan 7 'Hare' on the court:

As already mentioned, the biggest difference to the original 'Hare' from the 90s is the model. Because here we get the silhouette of the iconic Air Jordan 6. But the rest is based on the original: The upper has a white-grey base and accents are set in red. The carrot shaped lace-locks, the colorful shoe tongue and the insole will also be available in this retro version. The shoe is a clear must-have for all Bugs Bunny and Michael Jordan fans! If you are one of those who haven't seen Space Jam yet (yes, it is supposed to exist), then I strongly advise you to do so! At the latest then you will also be a fan of this sneaker. The Air Jordan 6 Retro 'Hare' will celebrate its release on April 11, 2020. If you want to have a look at who is selling this sneaker, just follow the button below. Check out the first detail pictures & on feet photos:

In our Newsblog you will find further topics all around the sneaker world. All upcoming releases are also listed in the Release Calendar. Of course you can find us on Instagram and Facebook. ?