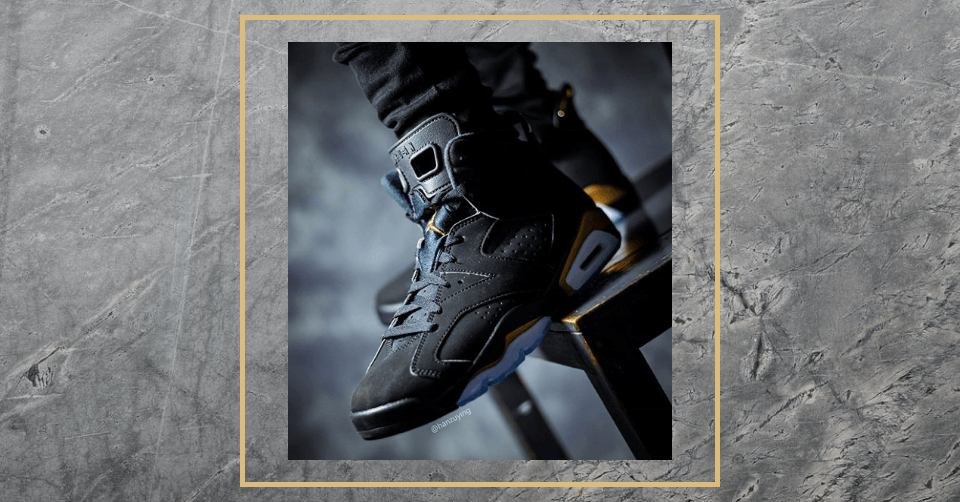 Sneakerheads, Jordan fans, retro lovers and also all friends of good style: Watch out! The Air Jordan 6 Retro 'Defining Moments' celebrates a re-release. The sneaker, which has already inspired us in 2006, is now coming back to us again. On April 11, 2020 at 09:00 am it is time. Concerning the price you have to plan €200.

For all those who already know for sure that they need to have this style: Click on the button to set a release alarm and find a list of all retailers. Here you can buy the sneaker directly after the release.

And all those who don't know why the style is so special: Stay tuned! For you I have some cool pictures and the most important information.

So we know this Jordan 6 from the year 2006 where it was originally released. At that time it was part of the so-called Defining Moment Pack, which also included the Air Jordan 11. The pack was released as a tribute to Michael Jordan (how could it be otherwise) and especially to his successive championship titles. This time we only get the Jordan 6, but that's enough for us, because it's really something great!

Most of you probably already know what the Air Jordan 6 model is all about. But for the sake of completeness, we have the details here again: The sneaker, designed by Tinker Hatfield, is specially adapted to the wishes of its namesake, Michael Jordan. It is the sixth basketball shoe from Jordan and has been on the market since 1991. Unlike its predecessors, it comes with a larger toe box, a more stable sole and a heel element that is even better adapted to the foot. The most striking innovation compared to the previous Jordan models is the flap at the upper part of the heel.

Apart from its history, we are particularly impressed by the style of the sneaker. We have loved the silhouette of the Jordan 6 for years and this re-release will not only please sneakerheads. The Air Jordan 6 Retro 'Defining Moments' is rather plain and elegant, but still doesn't loose its sporty and legendary touch. With it you will not only make the court unsafe, but also the streets!

It comes with a black nubuck upper and white elements in the sole. Special details here are the golden accents that are always found in the design. Golden highlights shine on the sole as well as on the tongue and heel of the shoe, which make the look so special. Of course a golden 23 is also a must. But enough of the long speech, give me some nice pictures!

If this is not enough information about the Jordan Brand for you, we have good news! In our Newsblog we tell you daily great stories about the world of sneakers. For those of you who already know the way around, we also have a Sneaker Collection where you can get the coolest styles straight into your home. We go hunting for you. Our sneaker platform offers you all the sneaker news you want.