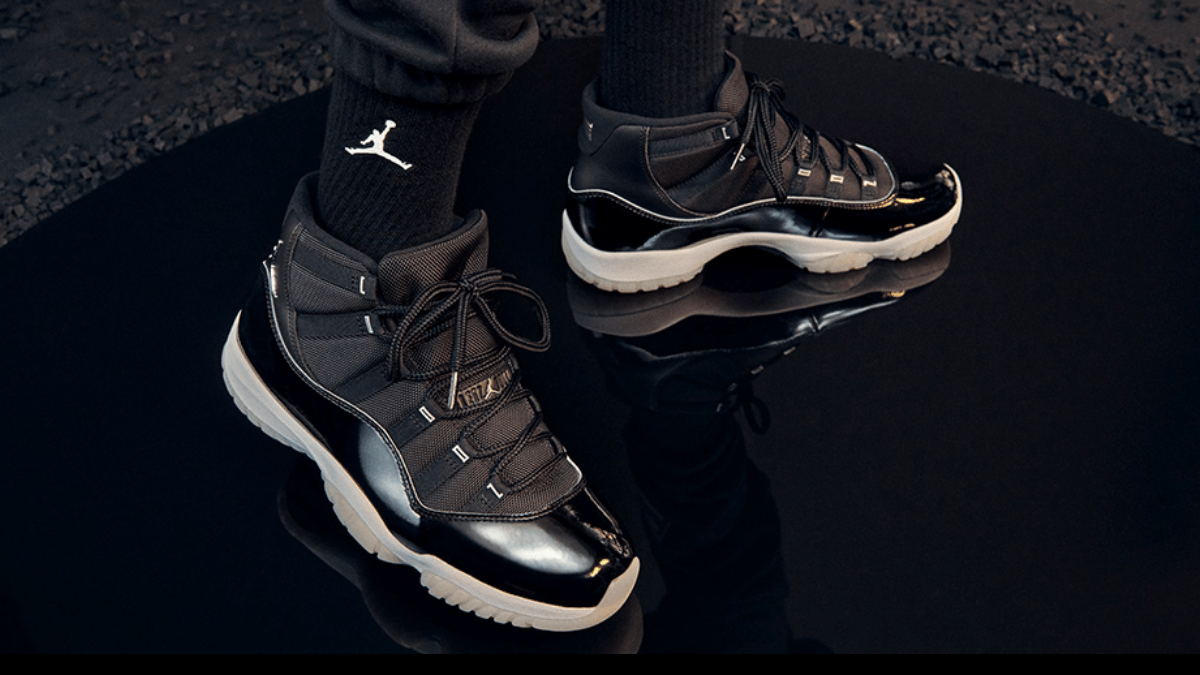 The Air Jordan 11 is already celebrating its 25th anniversary this year, dear community! And this will be duly celebrated with two special versions of the Jordan Brand. The first version is a special metallic-silver colour scheme and the second version features the futuristic Adapt technology. Before we take a closer look at the two shoes in detail, here is a short story about the birthday!

The Air Jordan 11 was first released in 1995 and was the first sneaker from Air Jordan to use patent leather. Michael Jordan wore the Air Jordan 11 on his way with the Chicago Bulls to the 1995-96 championship. The sneaker received its first retro releases in 2000 and to this day, on his 25th birthday in 2020, a few more have been added!

The Air Jordan 11 Jubliee '25th Anniversary' will get a chic colorway. The lower part of the uppers consists here of black patent leather, combined with black mesh on the rest of the upper. On the side of the heel is the Jumpman logo in silver, as well as the "23" on the heel. If we look at the midsole, we see that it is dyed white, as well as combined with a clear outsole.

The Air Jordan 11 Jubliee '25th Anniversary' will release on Saturday 12 December. Let's see what the birthday sneaker looks like then:

The Adapt version then is a white look of the '25th Anniversary' colorway. As the name suggests, this version comes with the innovative Adapt technology. This technology allows the sneaker to lace itself up, as well as adjust itself individually. It can be controlled with an app. The upper of the futuristic kicks consists of white leather combined with transparent TPU elements. We see Red details on the Jumpman logo, on the laces and also the two lights on the midsole are red. Under the upper there is a white midsole with again a clear blue outsole.

The Air Jordan 11 Adapt '25th Anniversary' will release on Saturday 30 December. If you don't want to miss releases like this in the future, keep an eye on our release calendar!