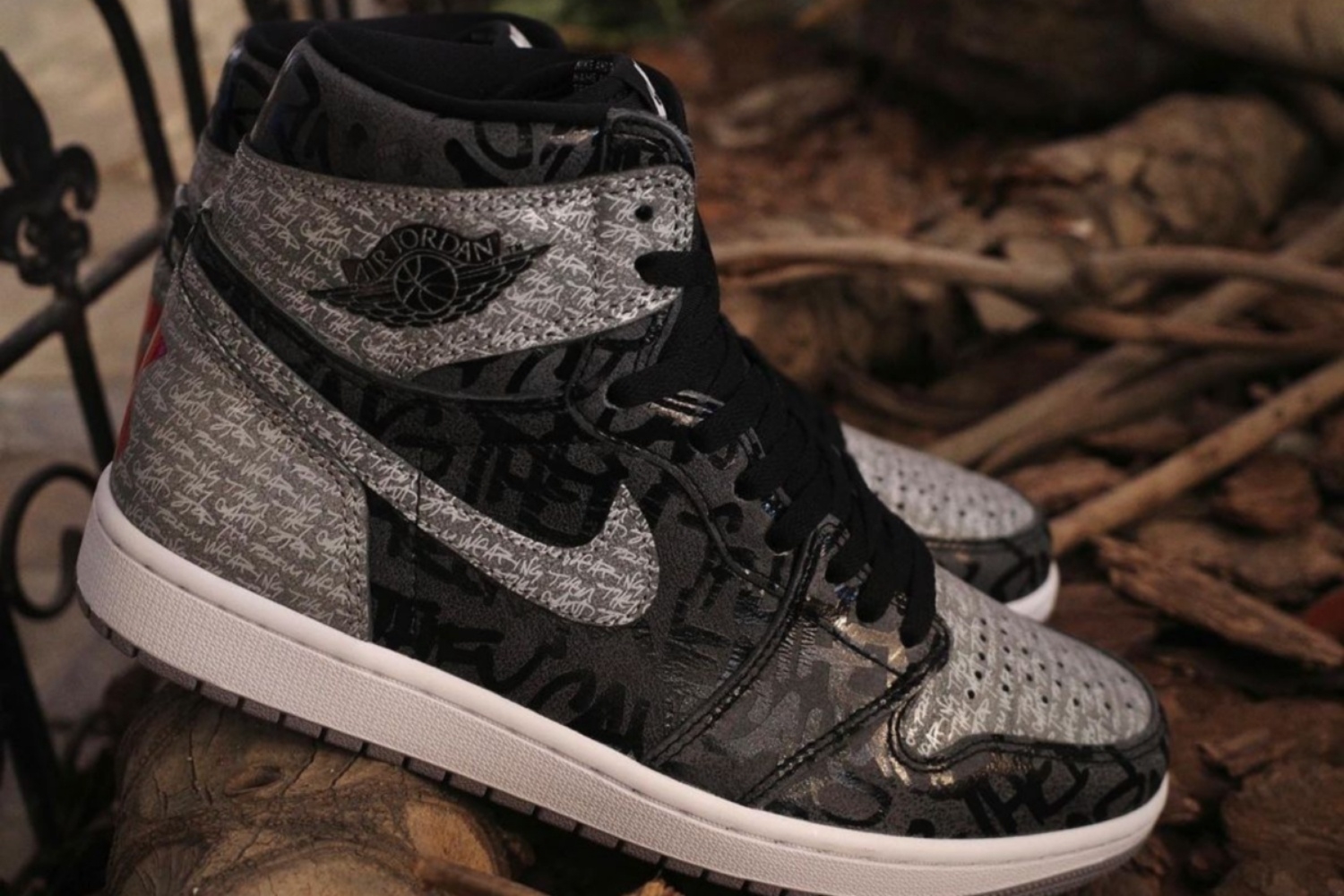 The first images of the Air Jordan 1 Retro High OG 'Rebellionaire' have been released. This one is inspired by a 1985 Nike ad.

In the nineties, the NBA was not happy with the Air Jordan 1 in a red and black colour scheme. Nike encouraged Michael Jordan to keep wearing the pair. The sports brand made a commercial which ended with "Fortunately, the NBA can't stop you from wearing them".

The 'Rebellionaire' colorway is covered in black and grey tones around the upper. The toebox, rear overlays and Swoosh are in light grey. The rest of the upper is black.

Around this sneaker, each element reads "They Can't Stop You From Wearing Them". On the black elements, the font is larger than on the grey parts.

On the heel is a big red 'X'. This hints at the Air Jordan 1 'Banned', which was the colorway that the NBA wanted to ban because it only represented the colours of the Chicago Bulls.

The midsole is white and the outsole is grey. There are no extras such as text on these parts.

The Air Jordan 1 Retro High OG 'Rebellionaire' will be released on Saturday, March 12, 2022. Don't want to miss this release? Follow us on Instagram and download the Sneakerjagers app.