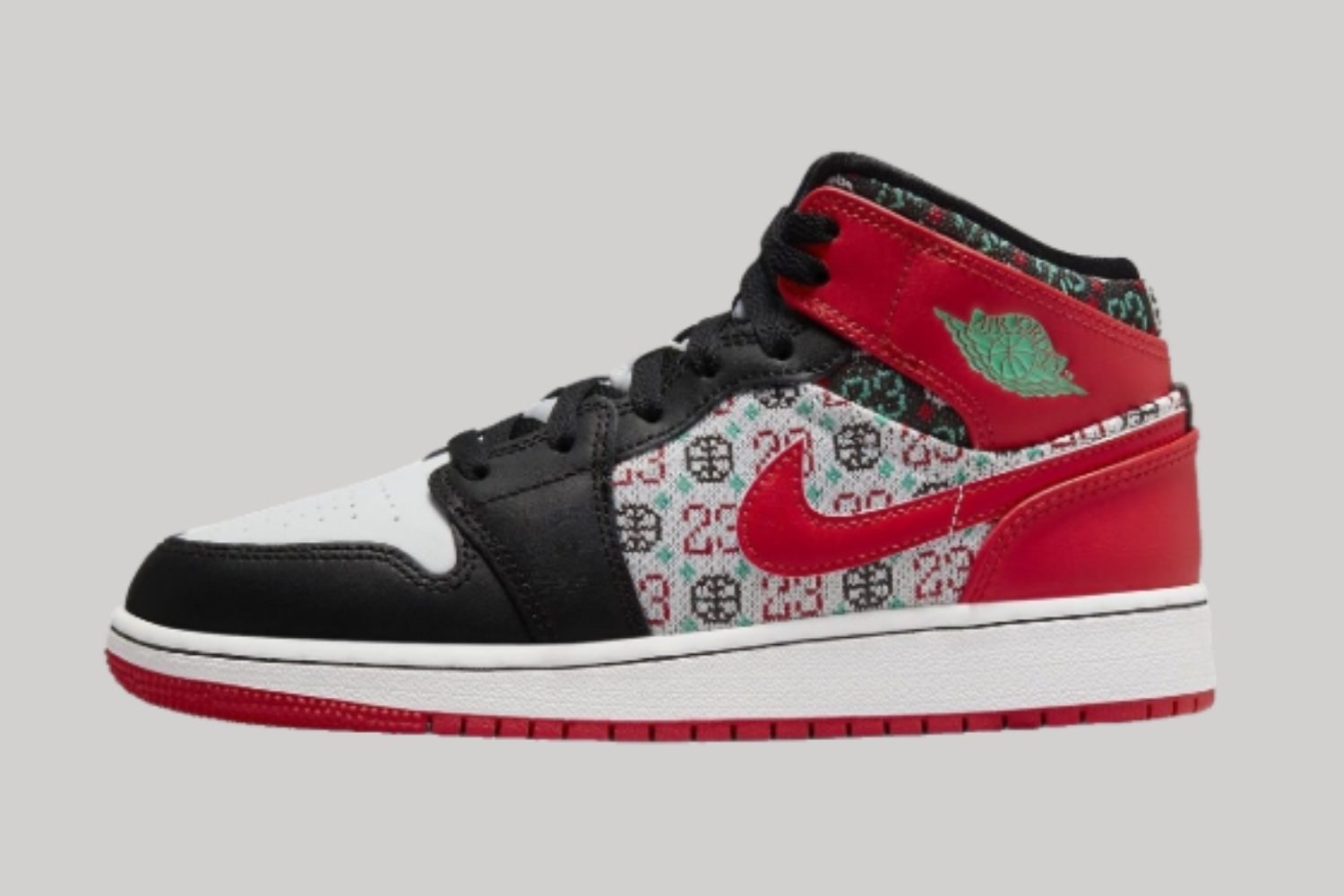 This trend all started with the characters Bill Huxtable from The Cosby Show and Chevy Chase from the film National Lampoon's Christmas Vacation. Neither character was particularly hip and had no fashion sense. Yet the wearing of ugly Christmas jumpers caught on with the general public and is now a well-known phenomenon at Christmas.

In the early 2000s, the very first 'Ugly Christmas Sweater' party was held in Vancouver, Canada. In order to draw attention to the party, the guests had to wear an ugly Christmas jumper. The trend has since become increasingly popular and every year at Christmas, the trick is to wear the ugliest Christmas jumper possible.

Nike also takes the ugly Christmas jumpers to the design of the Jordan 1. The Christmas print can be found on the middle panel and collar and the sneaker combines two colours. On the middle panel, the numbers '23' are stitched and have been given a round element. The number '23' stands for Michael Jordan's player number.

The colours red, black and white can also be found on the pair. The Wing logo on the collar has been given a bright blue colour, as has the Jumpman logo on the tongue.

The Air Jordan 1 Mid 'Ugly Christmas Sweater' will be released on 30 November 2021. 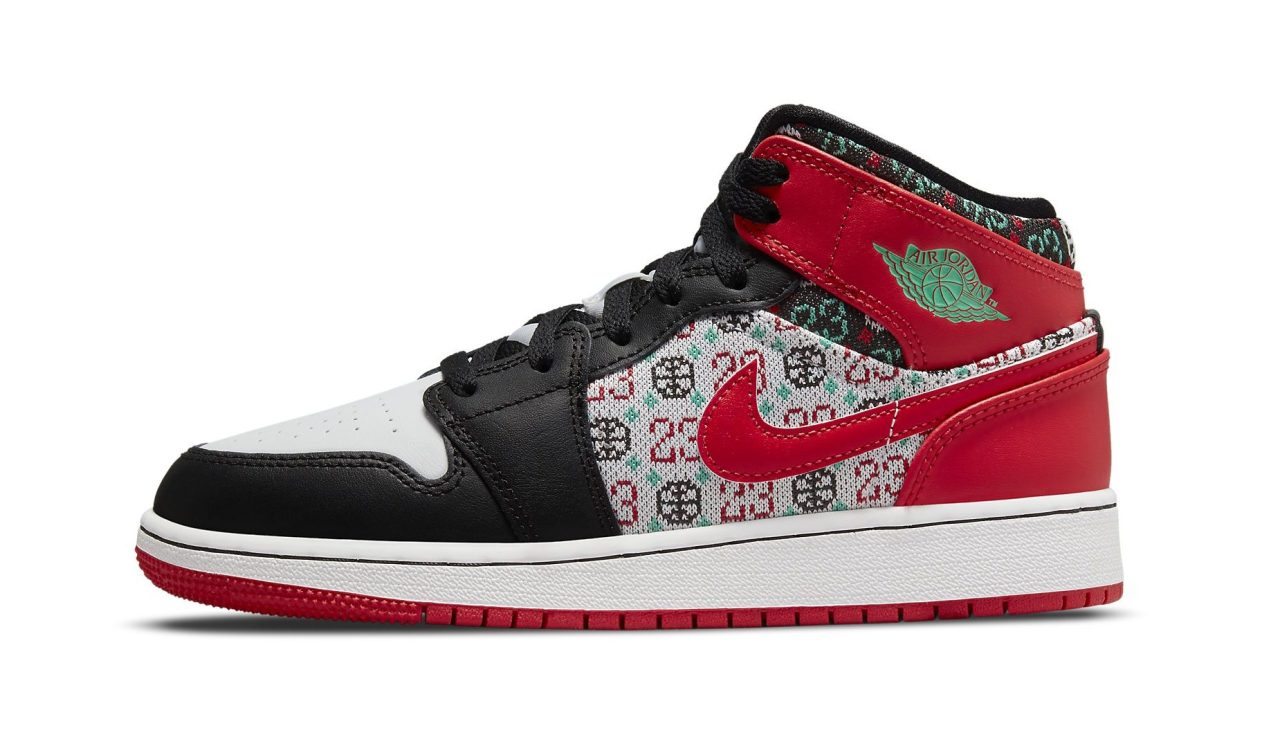 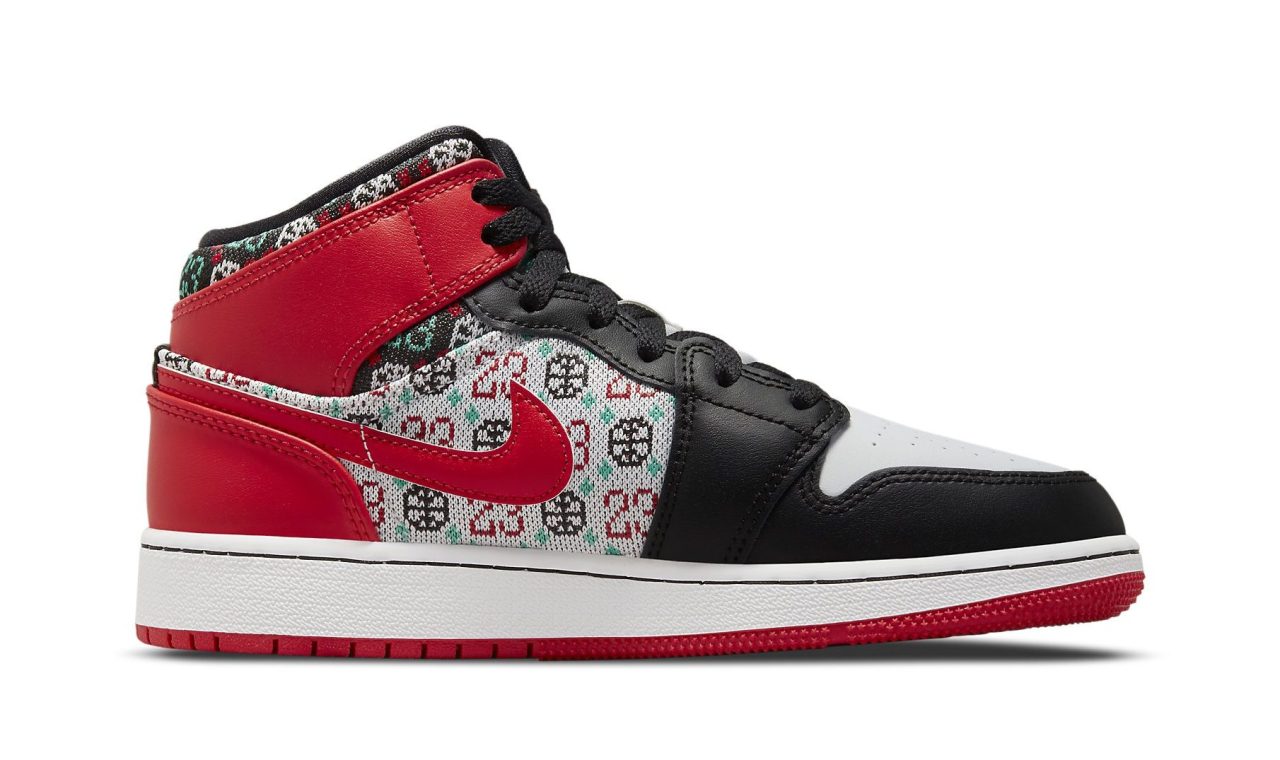 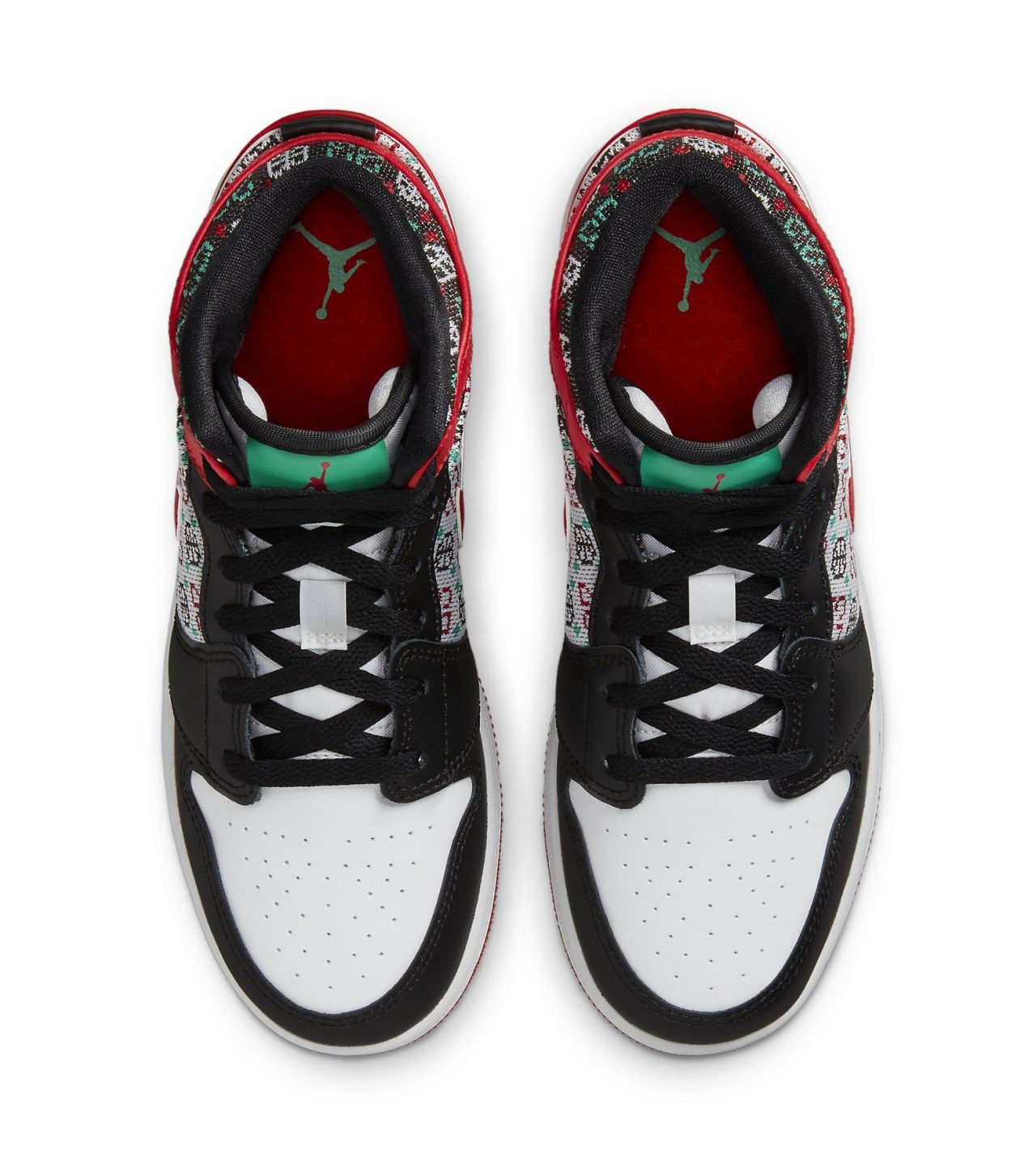 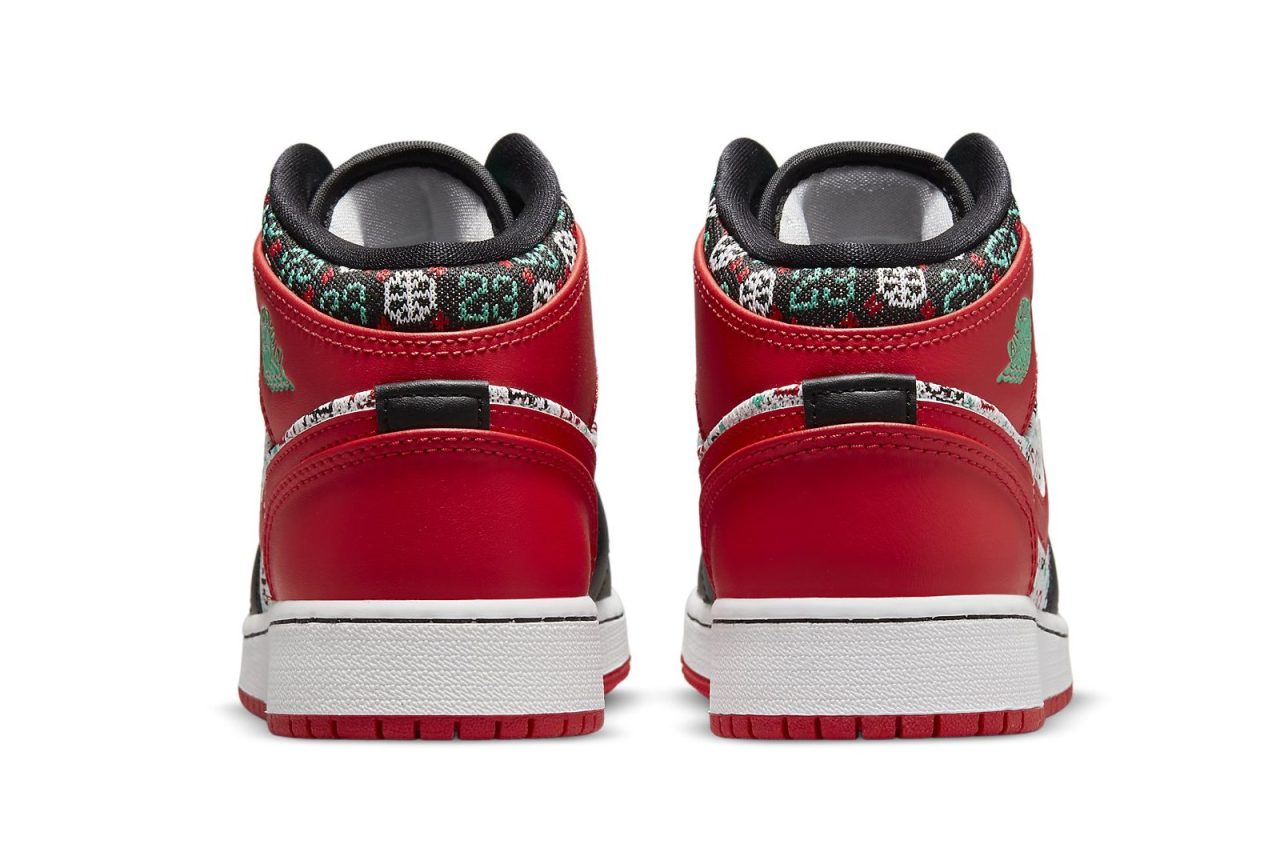