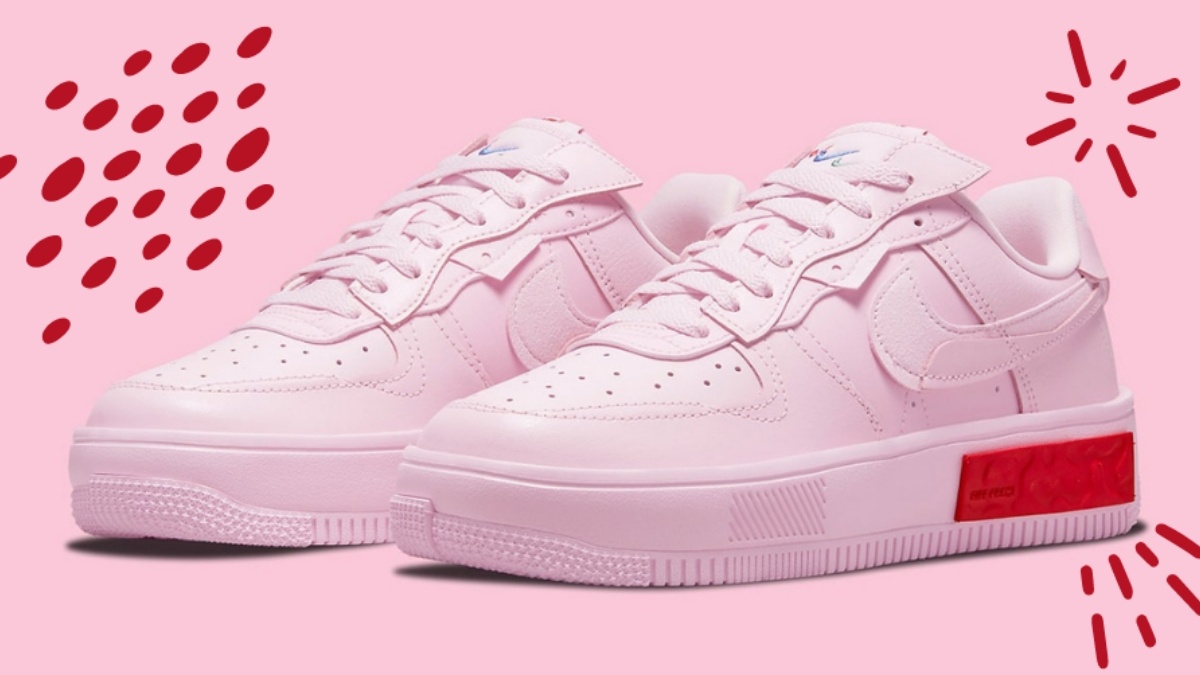 The Air Force 1 gets a new silhouette, the Fontanka. The first release of this model will be all pink.

The Air Force 1 Fontanka is inspired by the ideas and art of Russia after the collapse of the Soviet Union. These elements make the model a bit rougher and tougher. The Fontanka is also a tribute to the rebellious nightlife of St. Petersburg.

Both the upper and the midsole and outsole are in pink. The raised midsole contains React foam in the shape of a cassette tape. This cassette tape is in red for a clear contrast.

The tongue also appears to be doubled up. On the tongue are three Swooshes in red, blue and green. There is no branding on the heel tab. The outsole appears to be cut through the middle and shifted a few millimetres.

The Nike Air Force 1 Fontanka 'Foam Pink' will be released on Thursday 19 August at 09:00 in the SNKRS app for €119.99. Don't want to miss this release? Make sure you follow us on Instagram and that you have the Sneakerjagers app downloaded on your phone.