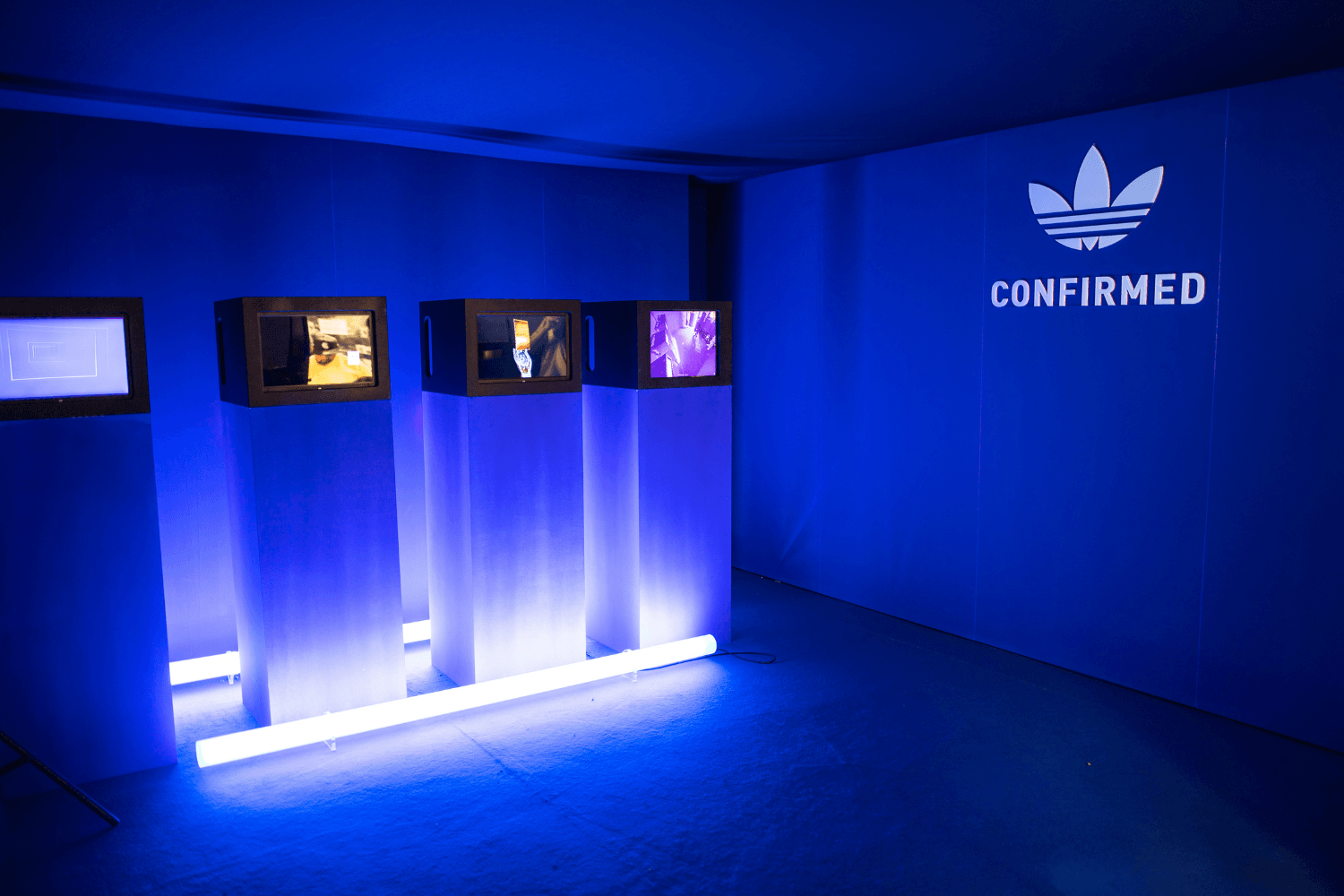 The adidas CONFIRMED Pop-Up is coming to Amsterdam. To celebrate adidas' Members Week, they have transformed the online search for the golden ticket into a real life event. This experience is coming to Amsterdam this weekend, Friday May 13, Saturday May 14 and Sunday May 15. The event has previously been held in Tokyo, Paris, New York, London and Berlin.

During adidas' Members Week, golden tickets are given away. This prize is very handy for the real adidas fans. In the adidas CONFIRMED app, the sneakers are often for sale through a raffle. This gives everyone a fair chance to get the pair, but it often happens that you miss out.

Winners will be announced every day. This means you can join the golden ticket hunt every day. You can only take part once a day.

Throughout the city there will be several posters with a large QR code. These posters will lead you to the location of the pop-up store. The coordinates of the location are on the poster, but also the address to make it easier.

Besides the chance to win the golden ticket when you participate in the scavenger hunt, you will also receive a signed illustration by Vasya Kolotusha. You will get this poster in the pop-up. Vasya is a Ukrainian artist who makes digital art. Especially for the pop-up store, Vasya made an illustration which is in the theme of adidas' Members Week.

Kolotusha posters are very limited, so be quick!

Sneakerjagers is also part of the adidas Members Week event in Amsterdam. Keep an eye on our news page and our Instagram channels (@sneakerjagers and @sneakerjagers_wmns) for the latest updates and for more information.

Remember, the adidas CONFIRMED Pop-Up in Amsterdam will only be open on Friday May 13, Saturday May 14 and Sunday May 15. Every day you will have another chance to win the golden ticket, so make sure you visit more often!