The 5 best-selling sneakers of week 5 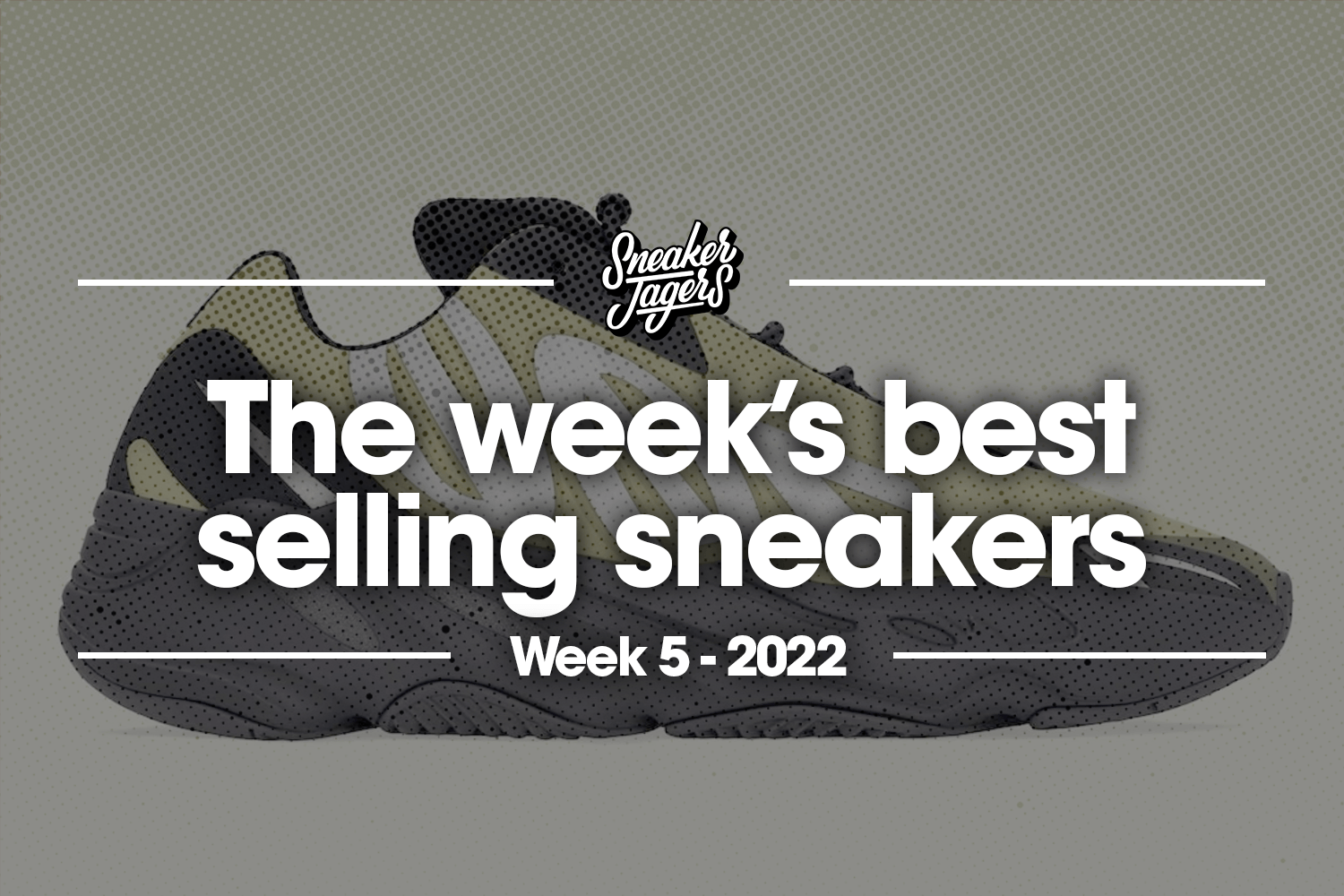 Also in the first week of February, a lot of trendy sneakers were sold. Today, we look back at the five best-selling sneakers of week 5. Which pair did you buy this week?

Each week the team of Sneakerjagers publishes a list of the five best-selling sneakers of that week. The overview is based on the purchases of all pairs at more than one hundred and fifty sneaker stores and partners of Sneakerjagers.

The adidas YEEZY 700 MNVN 'Bright Cyan' is still in stock. The sneakers have a smooth upper and a simple design.

The upper is coloured yellow and on the side, it reads '700' in silver letters. The tongue, laces and heel are in black, as are the midsole and outsole. The lacing system allows you to slip into the shoe without having to tie it.

The Nike Air Force 1 '07 LXX 'Toasty' is made for the colder winter months. The trainer has a padded upper in different colours. On the upper we see brown, beige, white, black and dark orange.

Besides the extra warm upper, the sneaker is lined with a very soft material. This Air Force ensures that you will not get cold feet.

The Nike Air Force 1 Fontanka 'Madder Root' features autumnal colours on the upper. The upper is made of suede and leather. The silhouette is inspired by the ideas and art of Russia during the post-Soviet Union period.

In the midsole we use React foam. With this foam Nike provides extra good cushioning. This foam is marked on the midsole.

The Disney x adidas ZX 10.000 'Bambi' features a soft colour scheme. This colorway is inspired by the little deer from the famous Disney movie. The upper also features different colours.

The upper of this running shoe consists to this of different materials, including corduroy, leather, suede and mesh. Different beige shades also make an appearance on this sneaker. The mesh net is in pink and the three adidas stripes have a Bambi motif.

We finish our overview of the five best-selling sneakers of the week with the Nike Air Force 1 Cut-Out Swoosh 'Black'. These kicks have been in our best-selling list for several weeks.

The upper of this Air Force 1 is made of leather and is in white. The midsole and outsole are also in white. As the name of the silhouette suggests, the Swoosh steals the show. The Swoosh is in black and has a cut-out mini Swoosh underneath. The rest of the branding is also in black.

Haven't found your dream pair yet? Then click on the button below for the most popular sneakers at the moment.