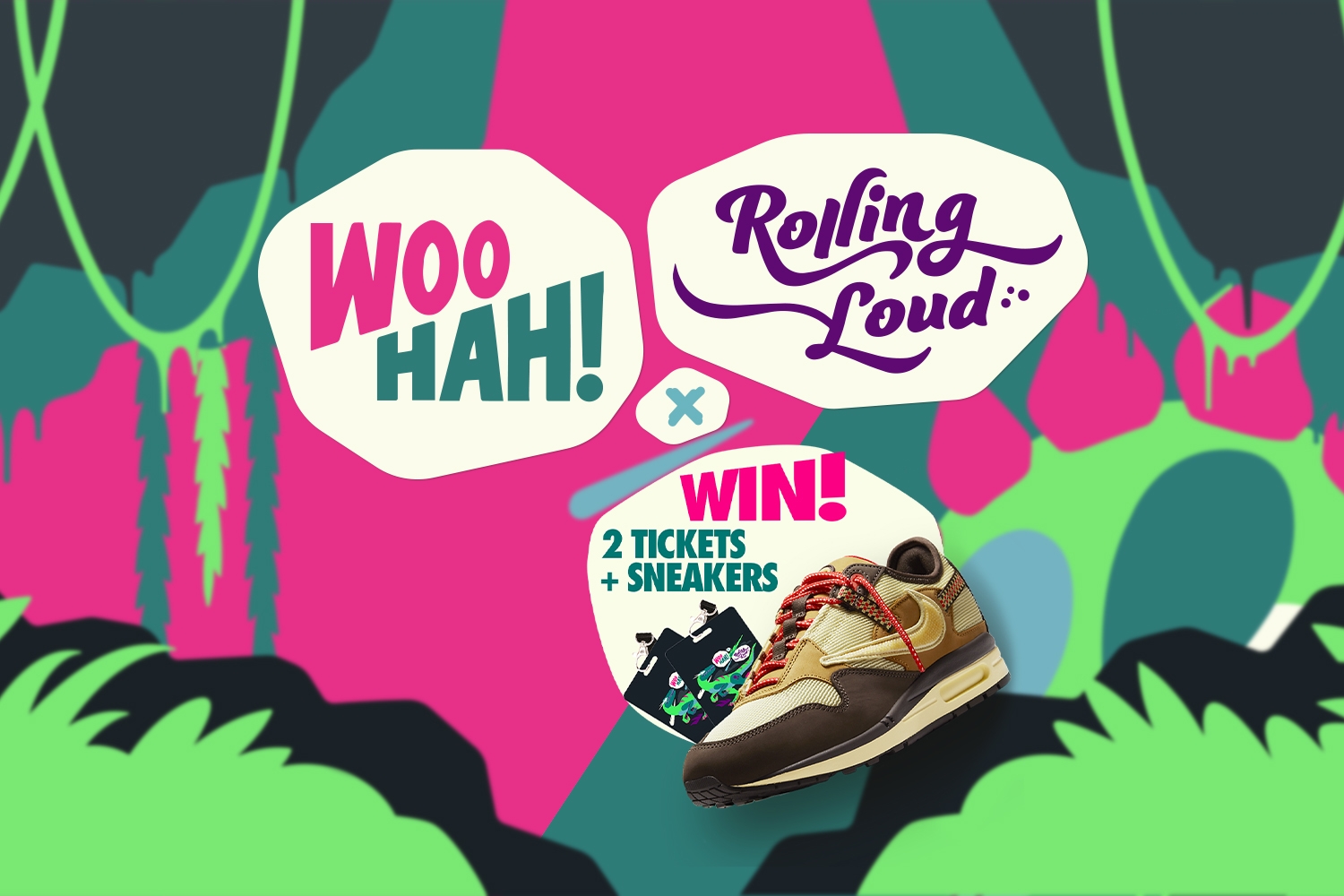 During the weekend of July 1 to 3, 2022, the Beekse Bergen in the Netherlands will host the WOO HAH! x Rolling Loud festival. WOO HAH! is one of Europe's largest hip hop festivals and is collaborating with Rolling Loud for the first time. For the upcoming edition, Sneakerjagers has a unique giveaway in collaboration with WOO HAH! and Rolling Loud.

Attention: Participants must be 18 years or older to enter as per Dutch law.

WOO HAH! returns in 2022 and has partnered with Rolling Loud for the next edition. WOO HAH! has been known as one of the biggest hip hop festivals in Europe since 2014 and has had artists such as Travis Scott, Kendrick Lamar, A$AP Rocky and J. Cole in the lineup in the past. After two years of corona, the festival will return to the Beekse Bergen in Hilvarenbeek on July 1, 2022.

This year the organization of WOO HAH! is joining forces with American festival organizer Rolling Loud. In recent years Rolling Loud has organized editions in Miami, Toronto and Portugal and is known as the largest hip hop festival in the world. Now Rolling Loud is bringing the biggest hip hop artists to the Netherlands.

The WOO HAH! x Rolling Loud 2022 lineup is full of great hip-hop artists, with artists like J. Cole, Future, Dave and Roddy Rich as headliners. Names like Jack Harlow, Trippie Red, 6Lack, Don Toliver and Ski Mask The Slump God are also part of the line-up. In addition, a lot of Dutch artists such as Kevin, Cho, Sor, ADF Samski and many more will perform.

So don't forget to download the Sneakerjagers app and check out the special giveaway Sneakerjagers x WOO HAH! x Rolling Loud game from June 21 through June 26, 2022 11:59 pm via the banner in the app. Participants must be 16 years of age or older. Also, participants can only play along with the giveaway once.

More information on travel, accommodations, lineup and about the festival can be found on the WOO HAH! x Rolling Loud site. Please note that participants must be 18 years or older to enter as per Dutch law. Keep an eye on the Sneakerjagers Instagram for updates on this giveaway.