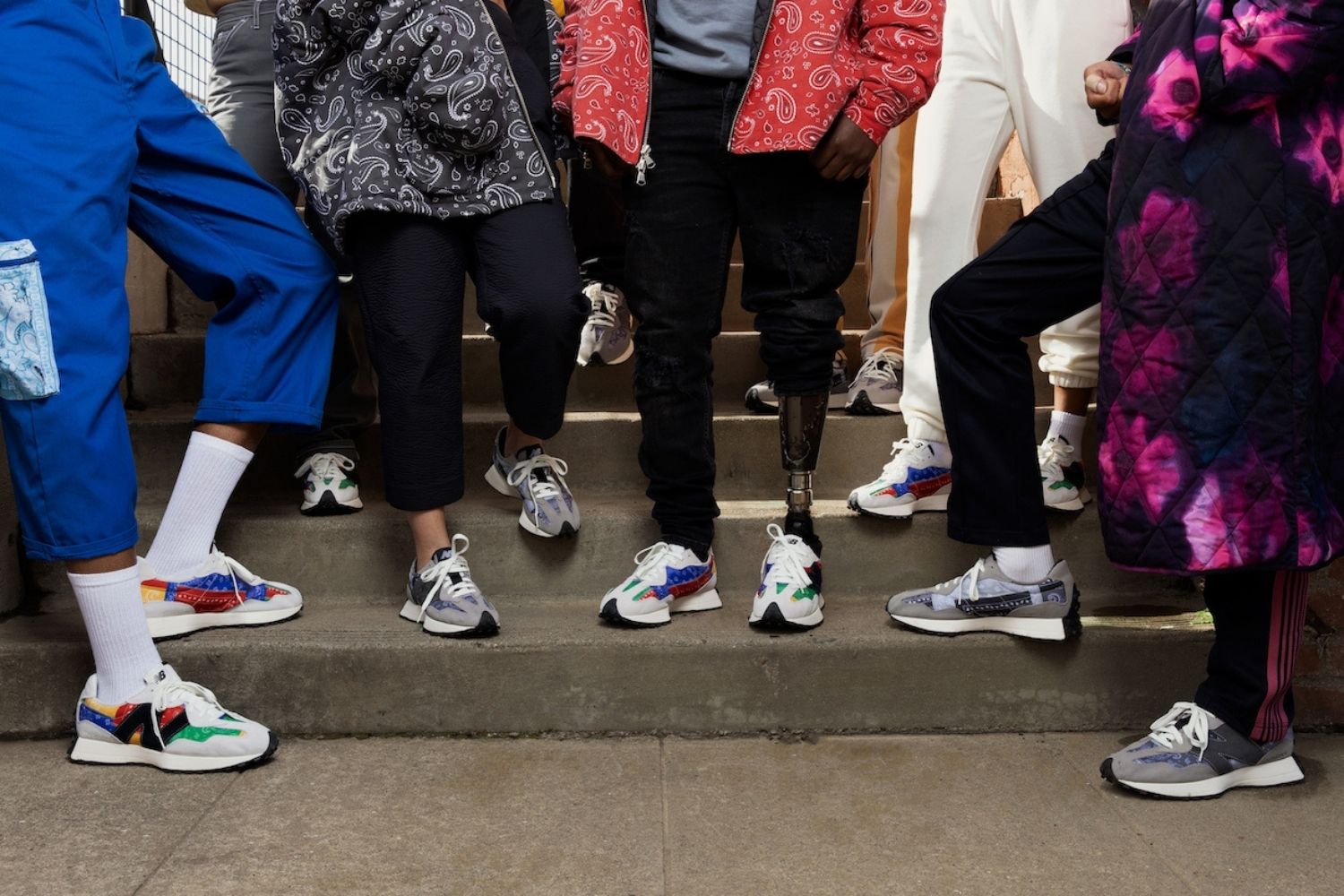 Together with Shoe Palace, New Balance is releasing the 327 'Unity Pack'. The pack consists of two new variants of the classic model and both will be released on 16 November 2021.

The 'Unity Pack' consists of two new variants of the 327. Both pairs have been given a 'Bandana Patchwork' design and come dressed in a dark and light shade of grey.

The first pair from the pack is set in a dark shade of grey. The sneaker is inspired by New Balance's grey shoe line and refers to the history of Shoe Palace. In addition, '040193' is printed on the heel. These numbers represent the date on which Shoe Palace opened its first shop in San Jose, California.

The second pair has been given a lighter shade of grey. The bandana patchwork on the middle panel has been set in different colours. With this, Shoe Palace and New Balance show what happens when people from different backgrounds come together in one design.

In addition, the kicks wear white soles and are supported by black outsoles. The round studs at the bottom of the soles share the same black colour and are characteristic for the model. Finally, the New Balance logo can be found on the tongue. The Shoe Palace logo is printed on the insoles. 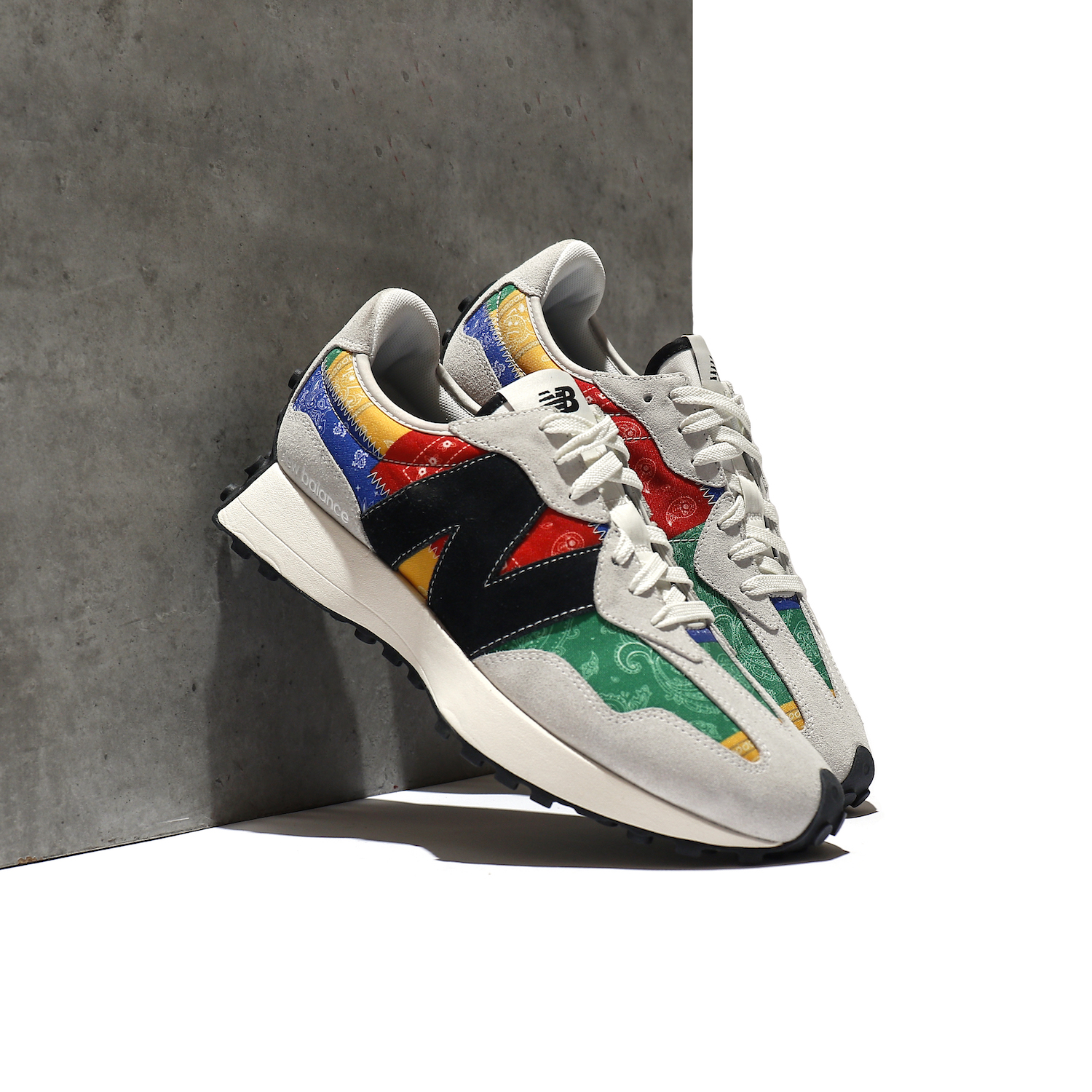 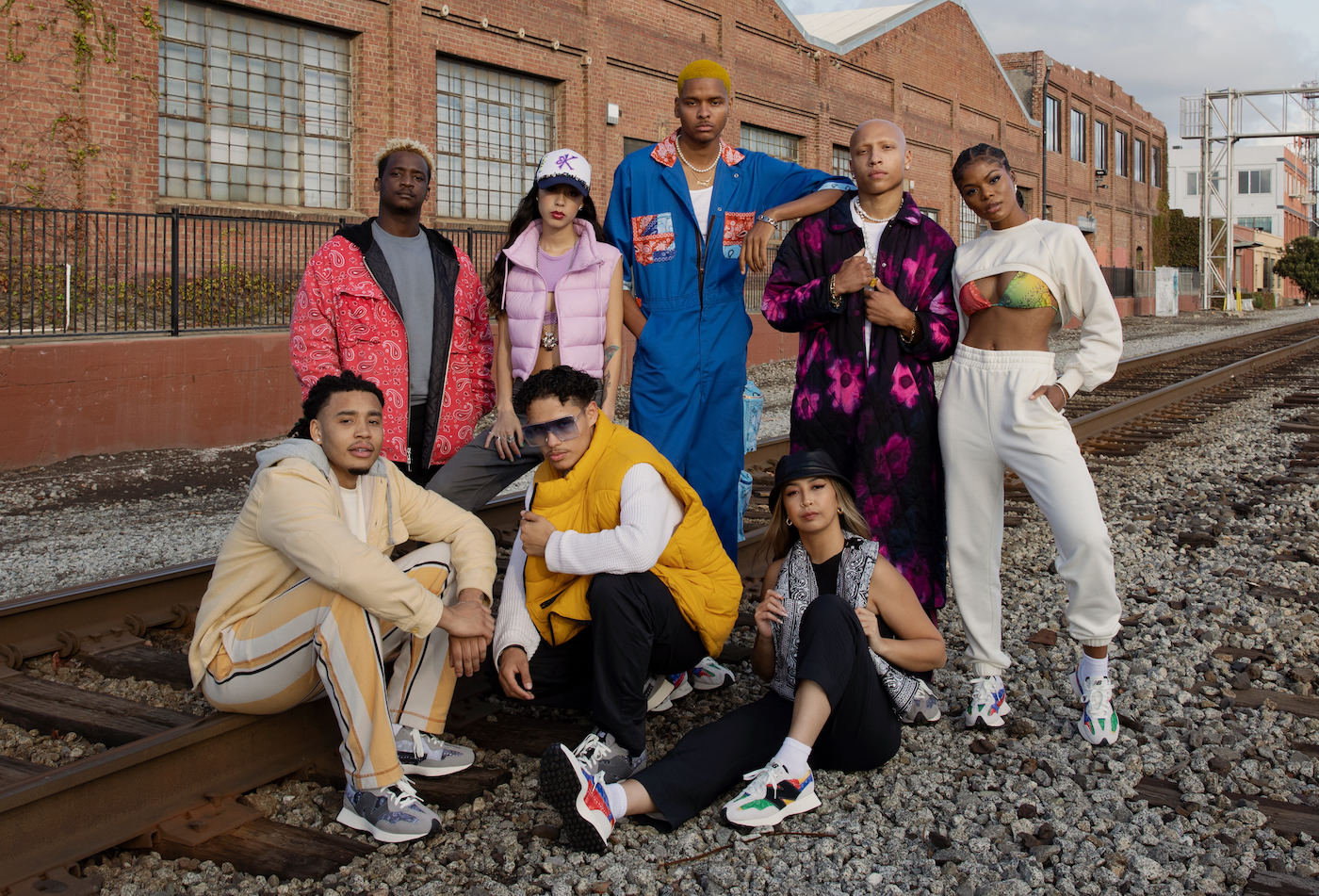 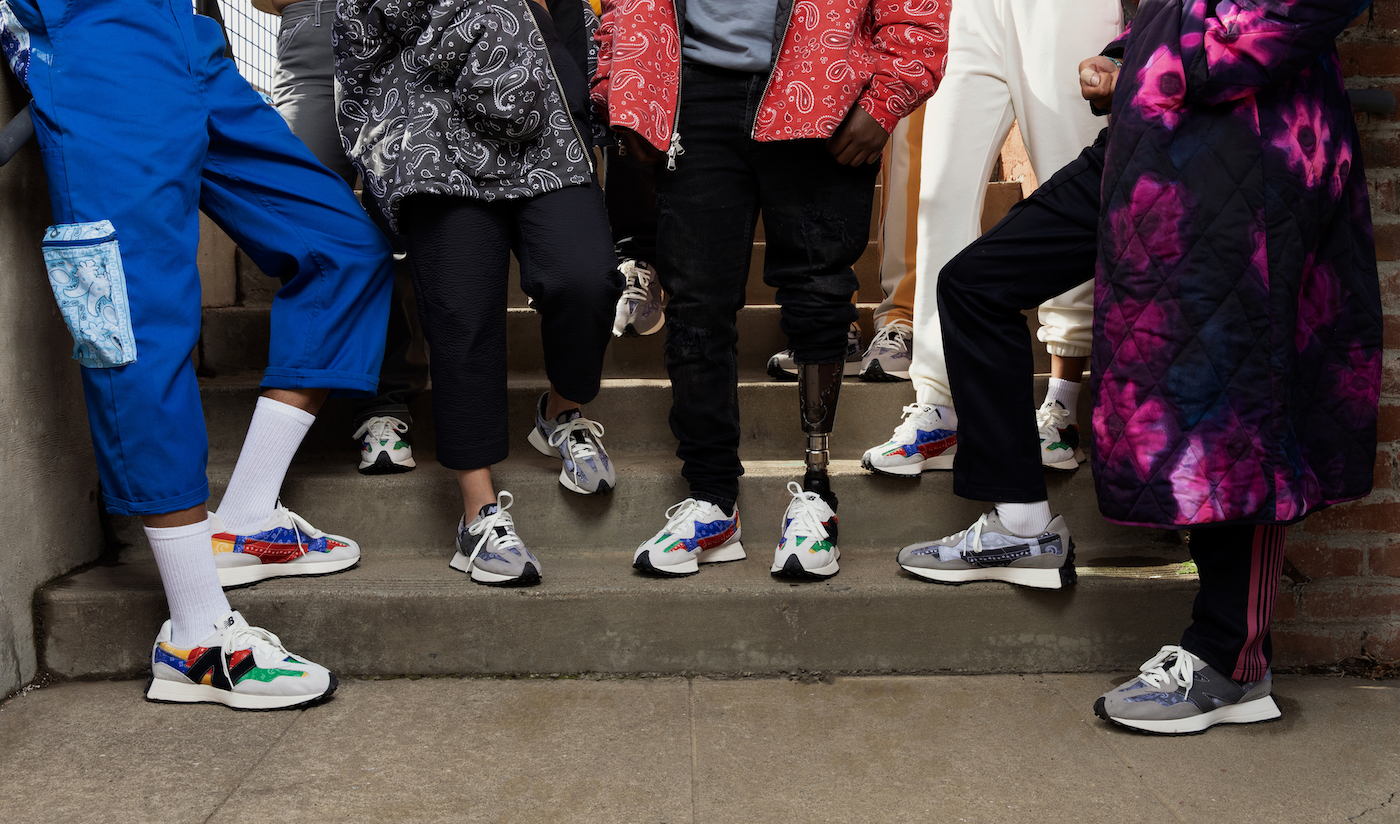 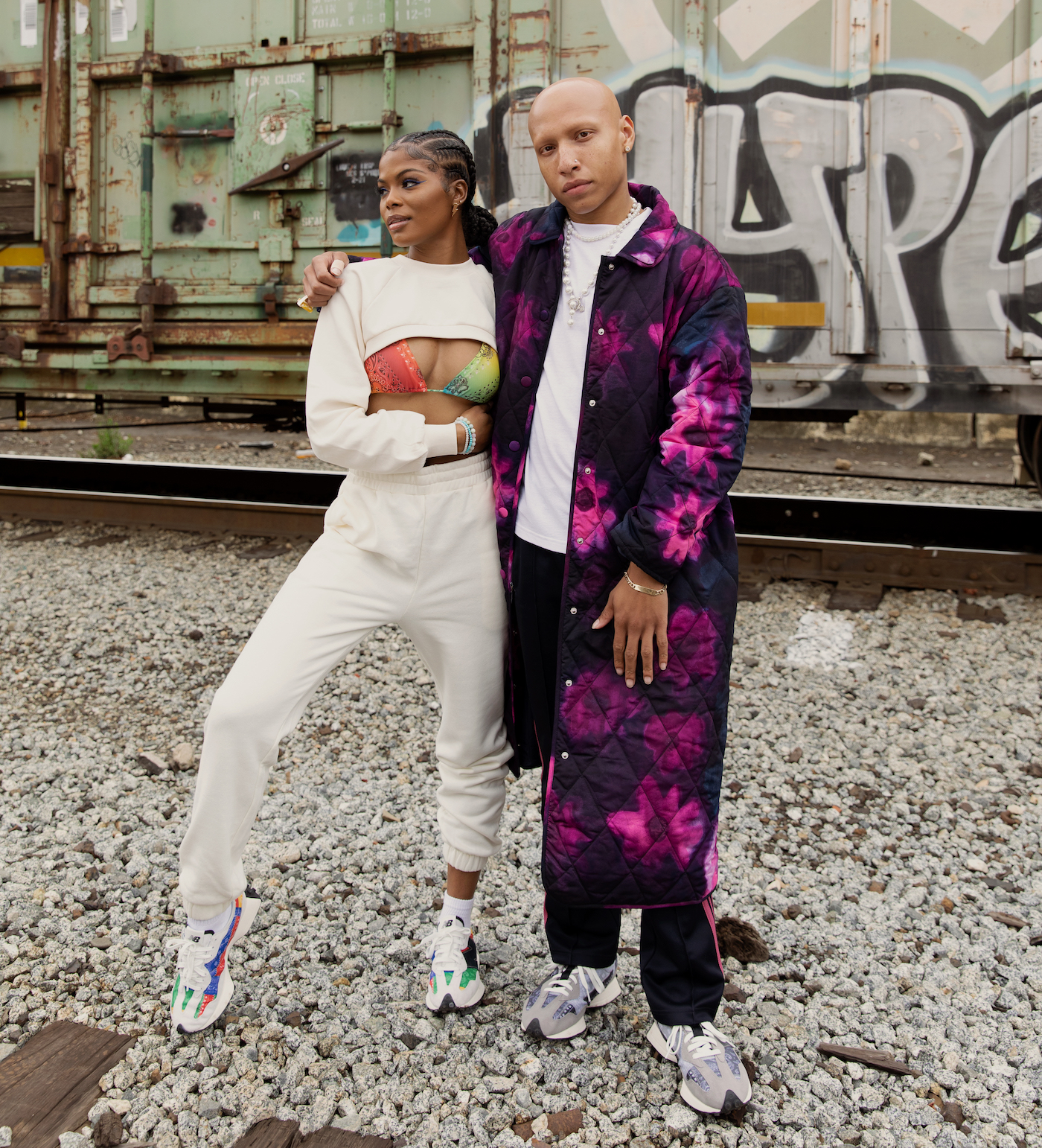 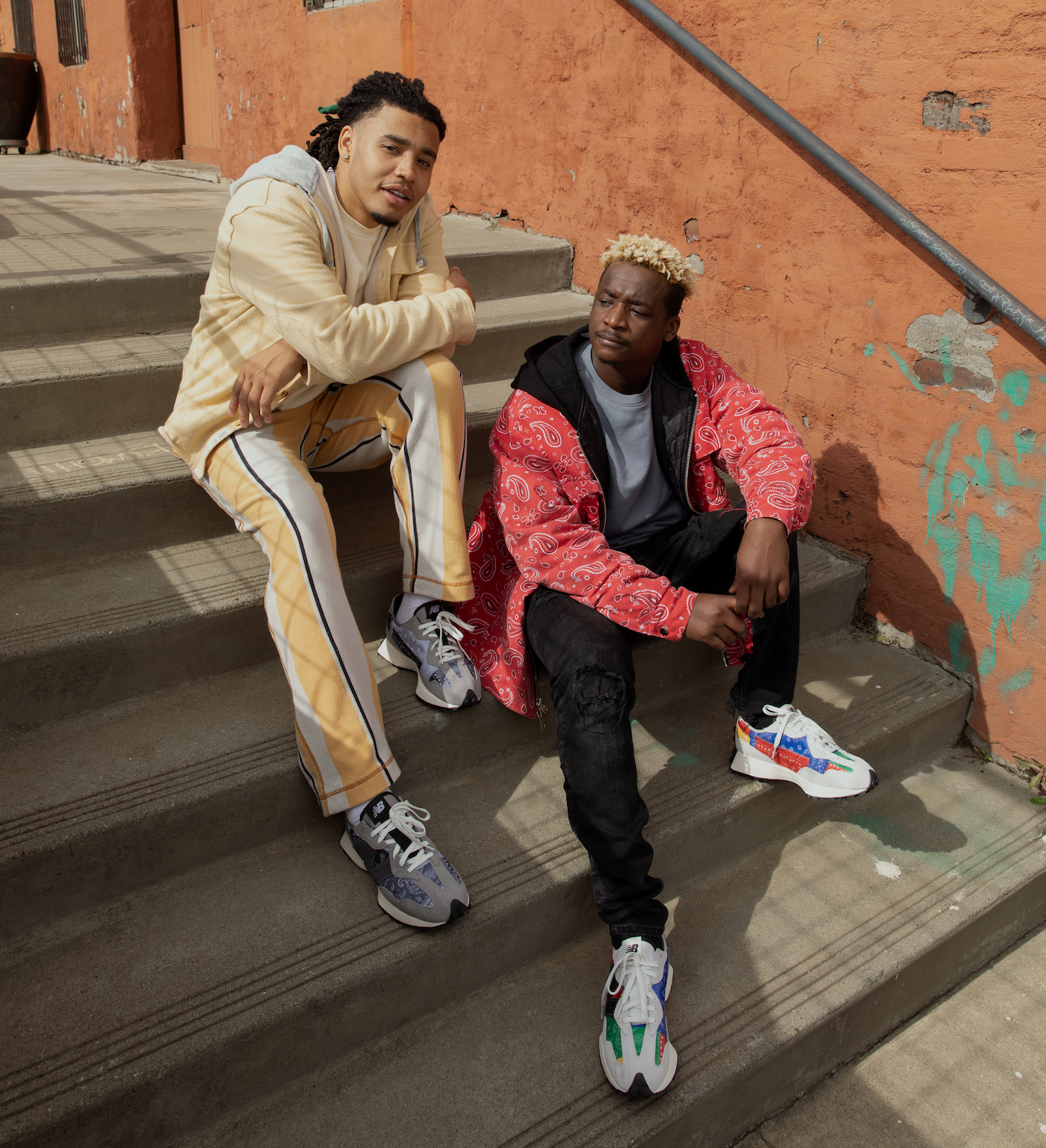 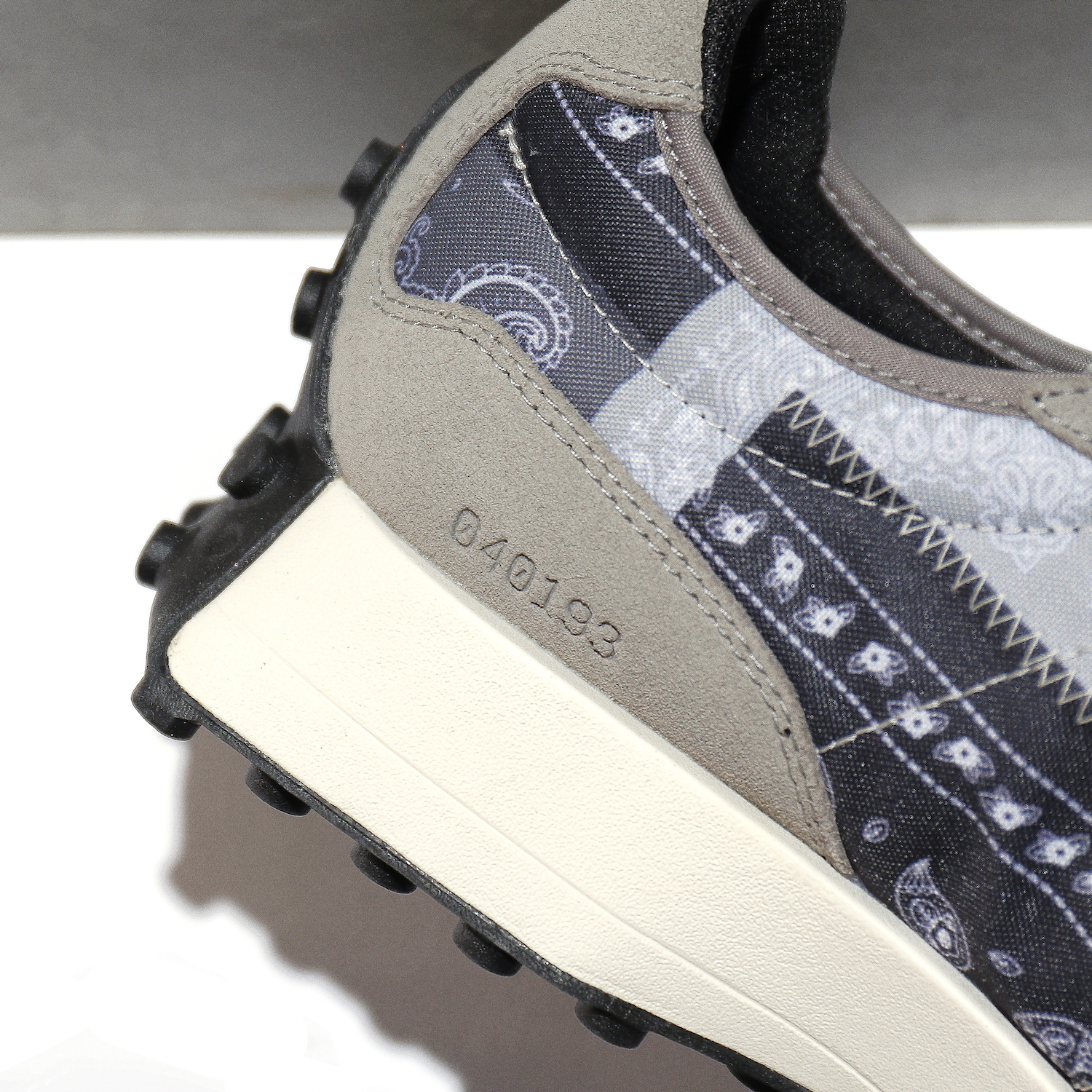 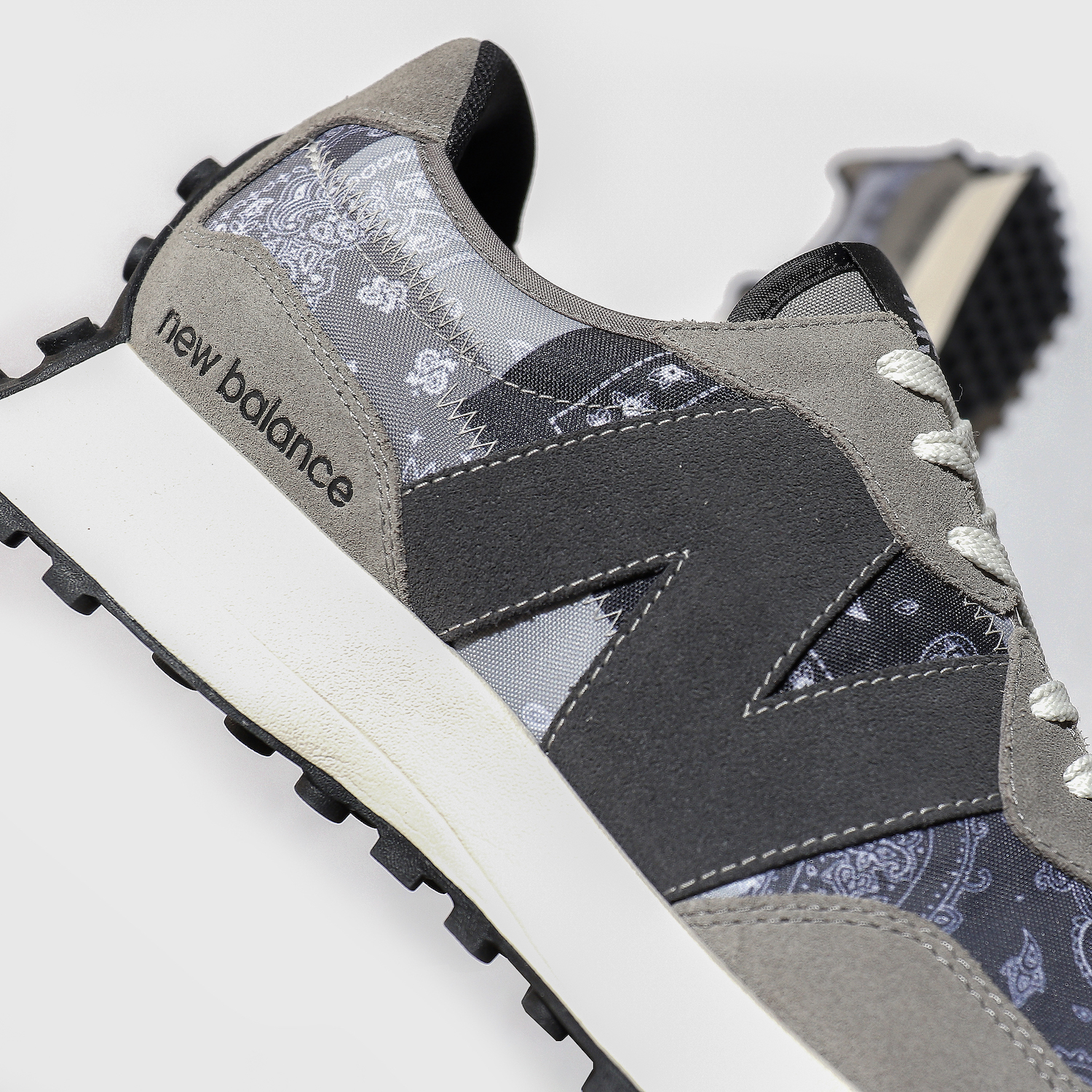 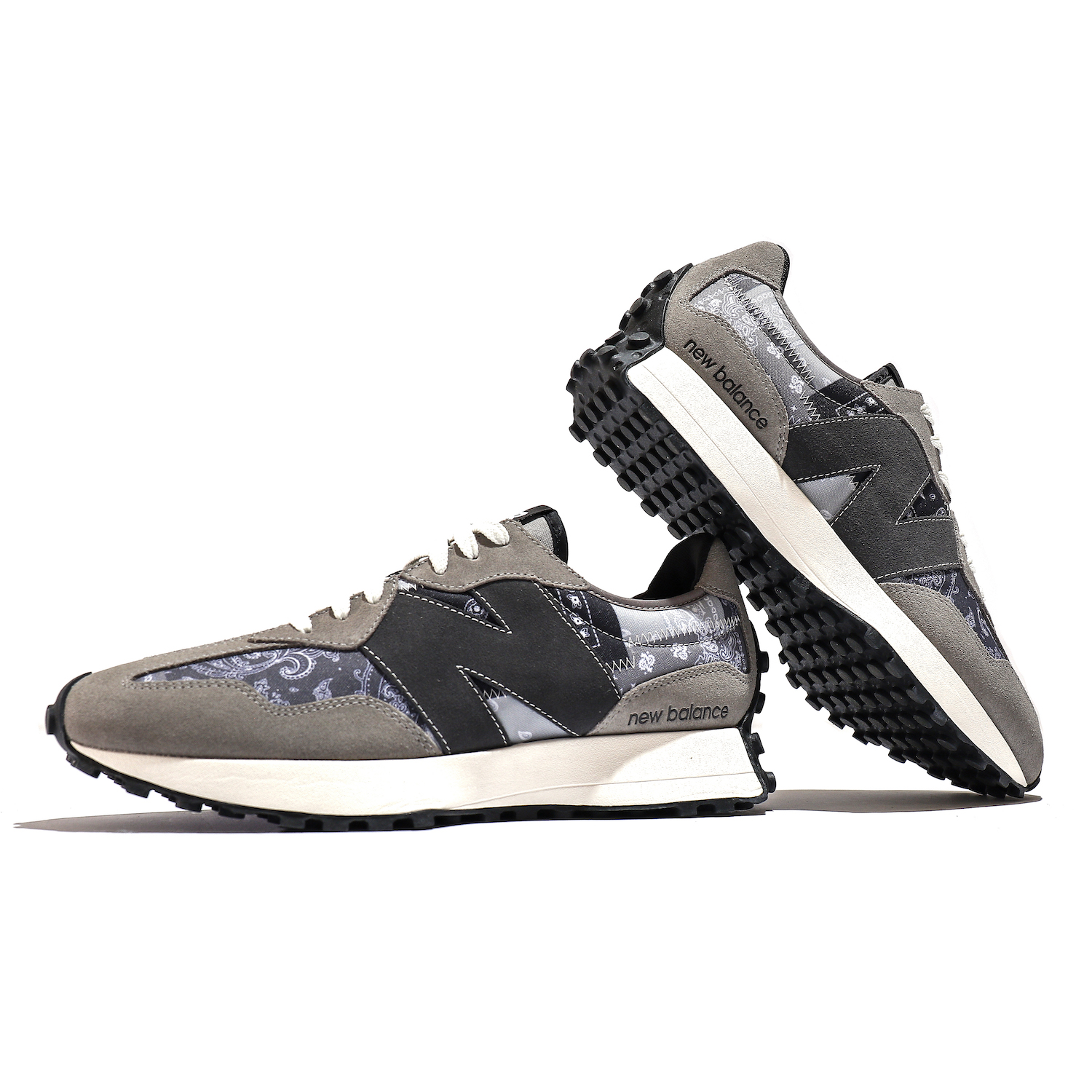 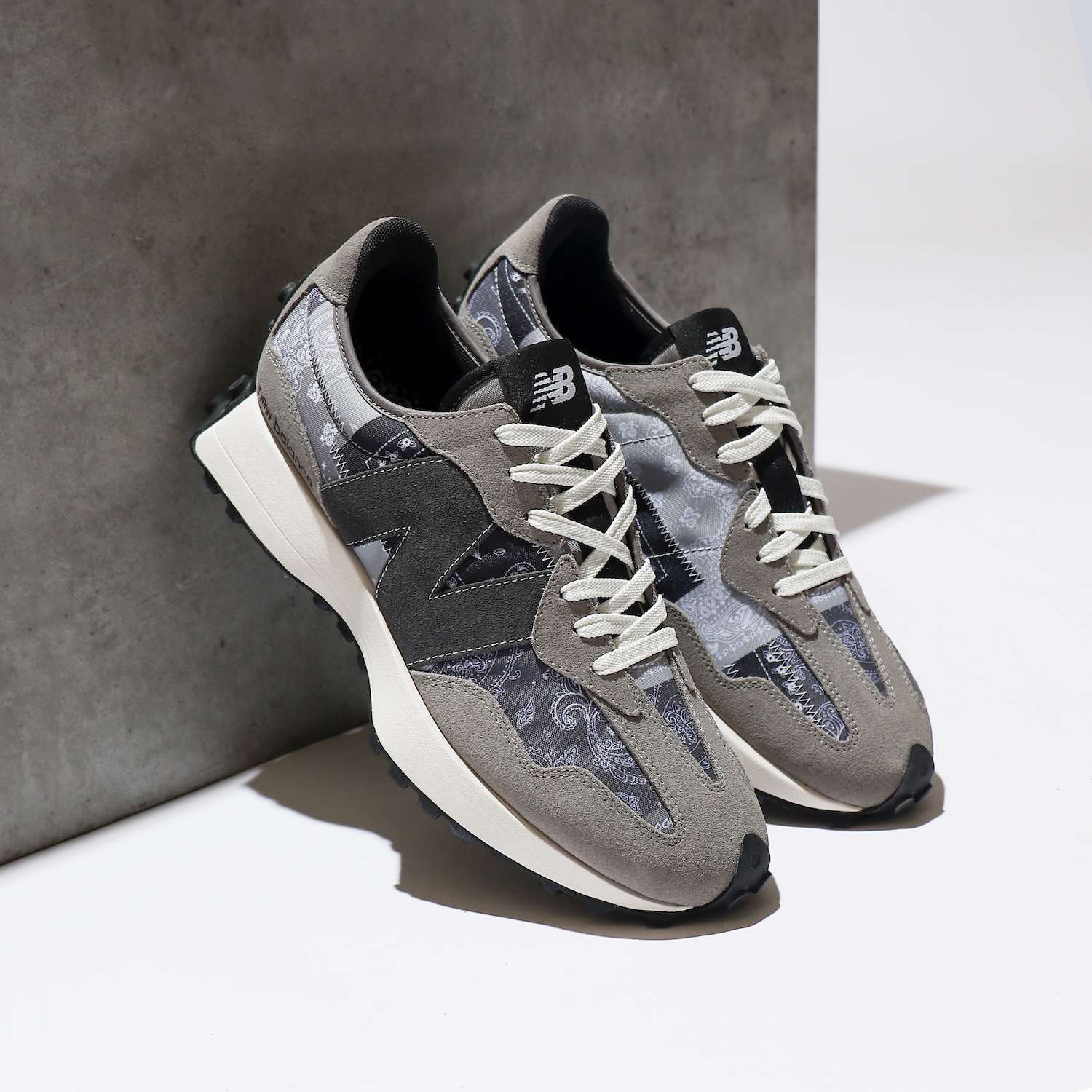 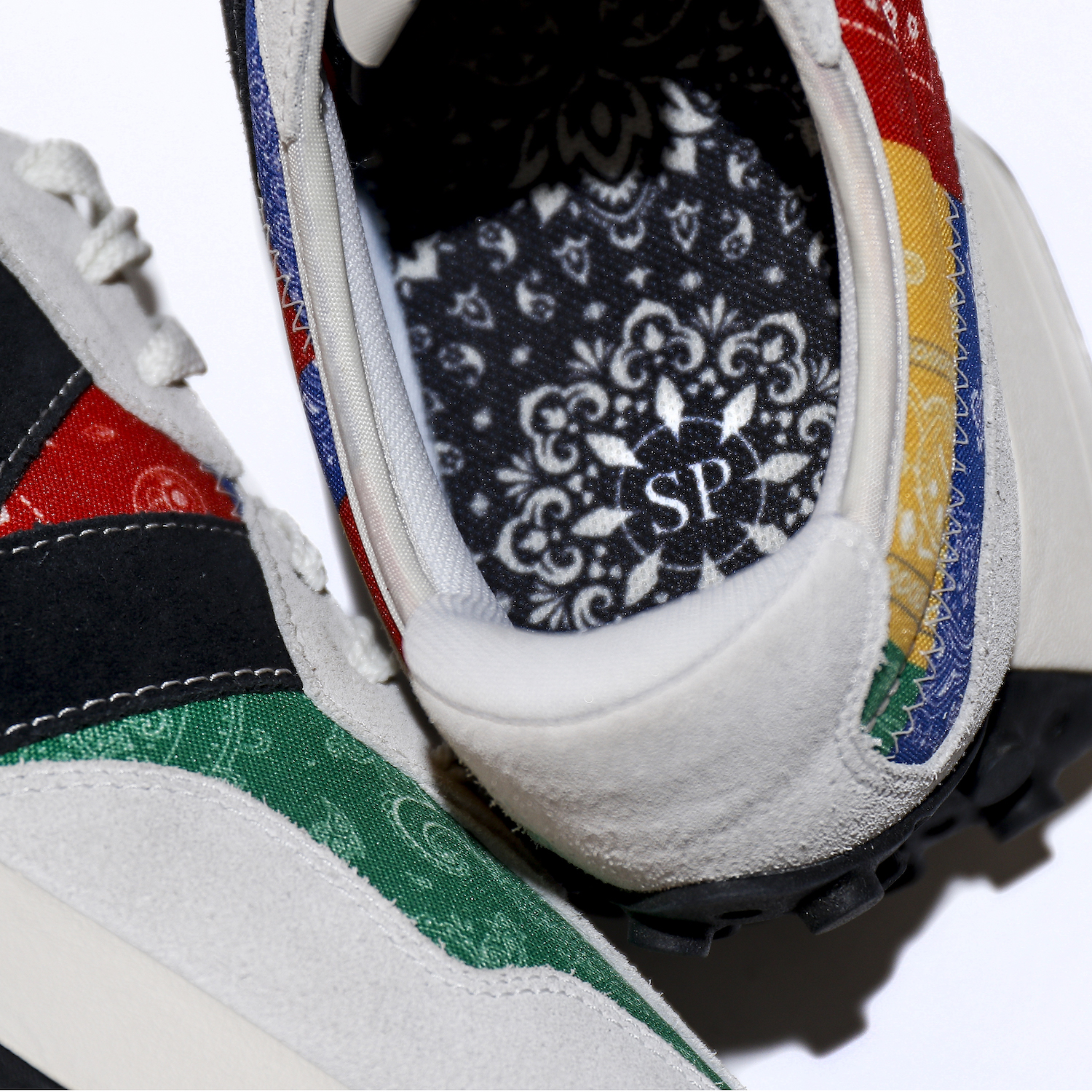 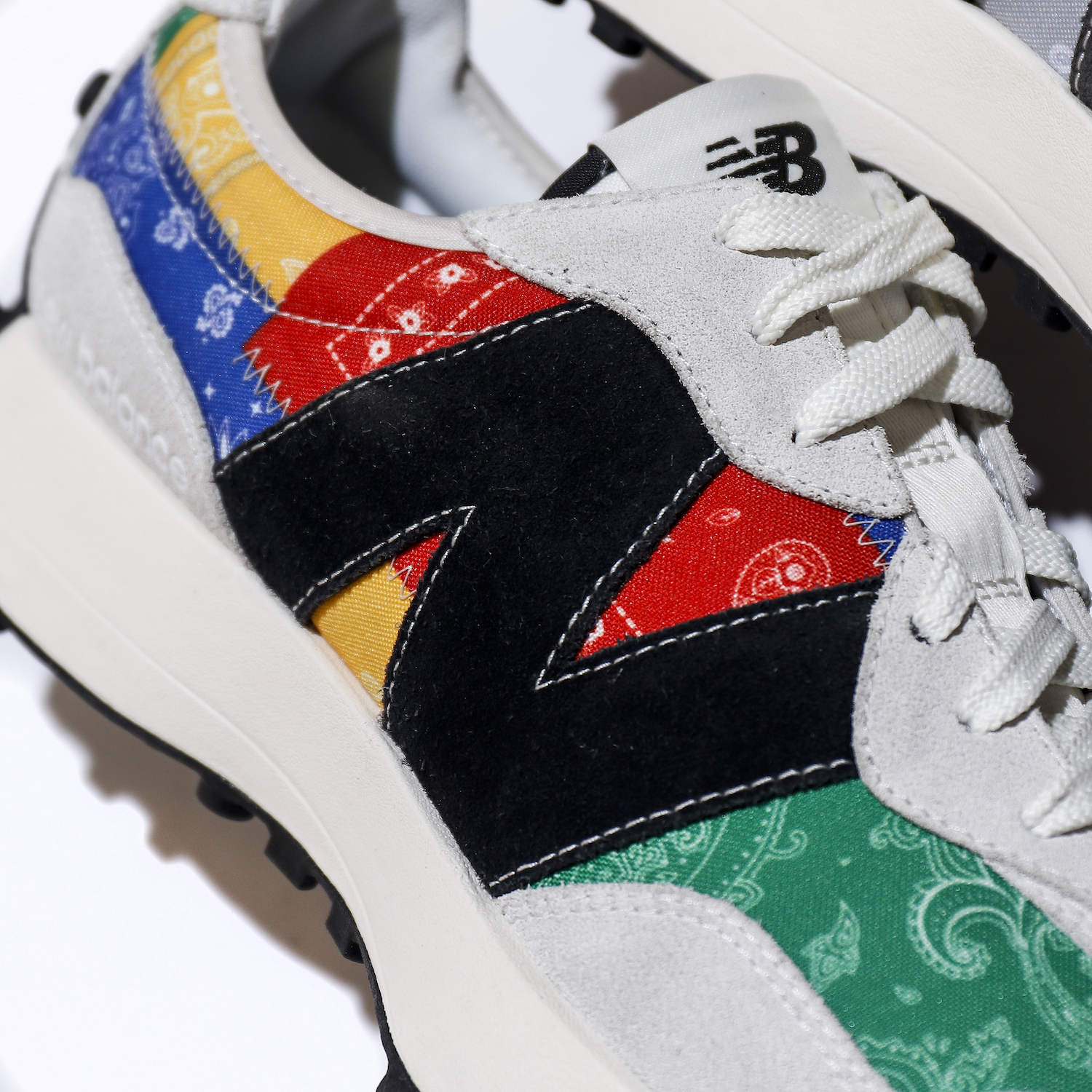 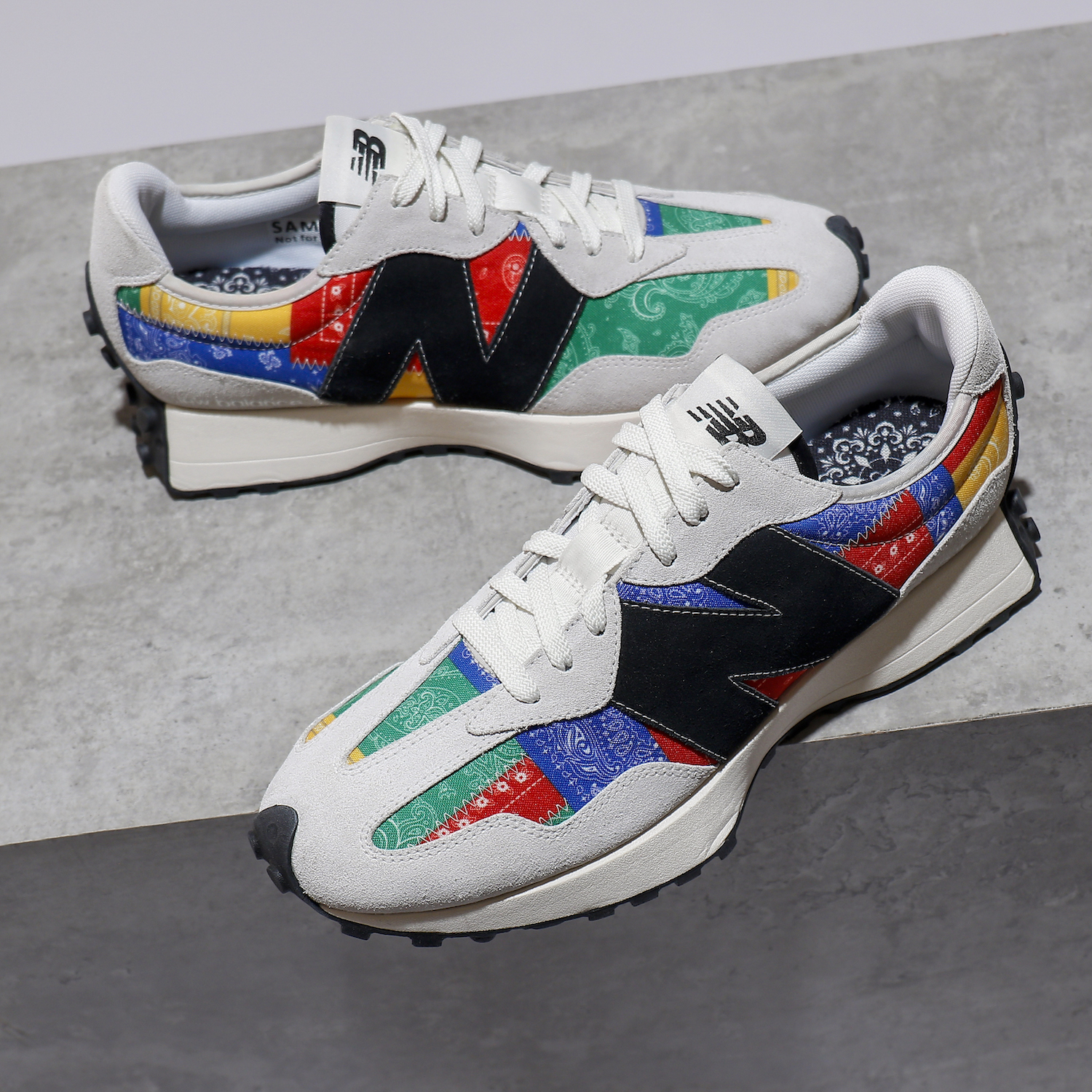