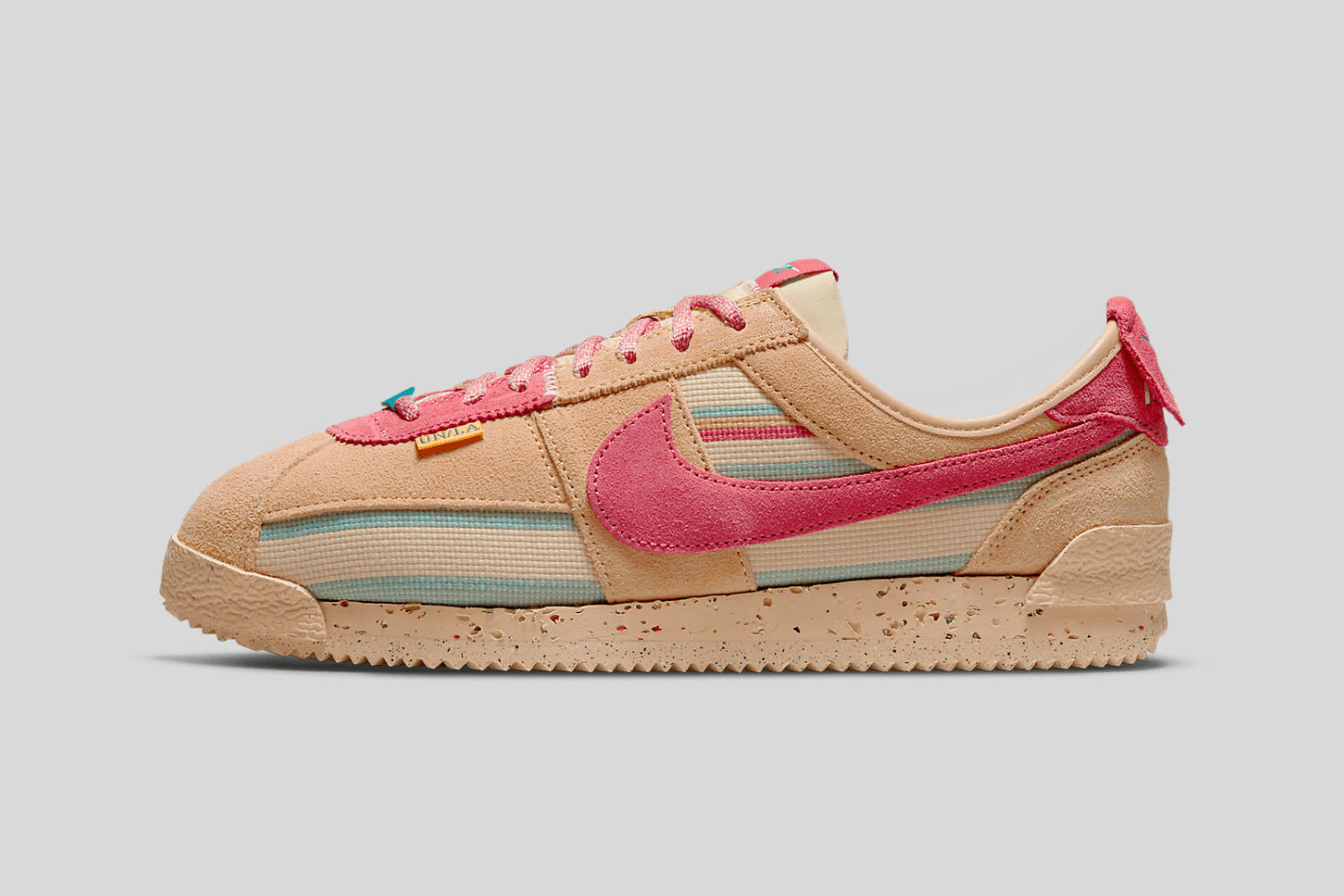 The Union x Nike Cortez 'Beige' will be released on Tuesday, 28 June 2022 at 9:00. The sneaker was designed to celebrate the 50th anniversary of the Cortez.

The Nike Cortez model is not only one of the first Nike sneakers ever, it is also interwoven with culture in many ways. For example, we know the model as the shoe that Forrest Gump ran around the United States in. But the Cortez was also anchored in the street culture of Los Angeles for some time. Everyone in the city wore the shoe, whether you were African American, Mexican or white.

Union and Nike have therefore tried to express the cultural diversity of L.A. in their Cortez 'Beige' design. The woven upper is a combination of baby blue, beige and red. Over that are overlays covered in thick suede in shades of beige and red. The bold colours are a nod to the vibrant population of Los Angeles.

On the heel and under the tongue there is not the normal Nike branding, but the Union logo. The shoe also has a Crater Foam outsole and a Nike Grind outsole, both of which are made of at least 10% Nike Grind.

You can see more details in the images below. All information about the release, such as the open Raffles and an overview of all retailers, can be found via the button in our release calendar. The Union x Nike Cortez 'Beige' will be released on Tuesday, 28 June 2022 at 9:00am. 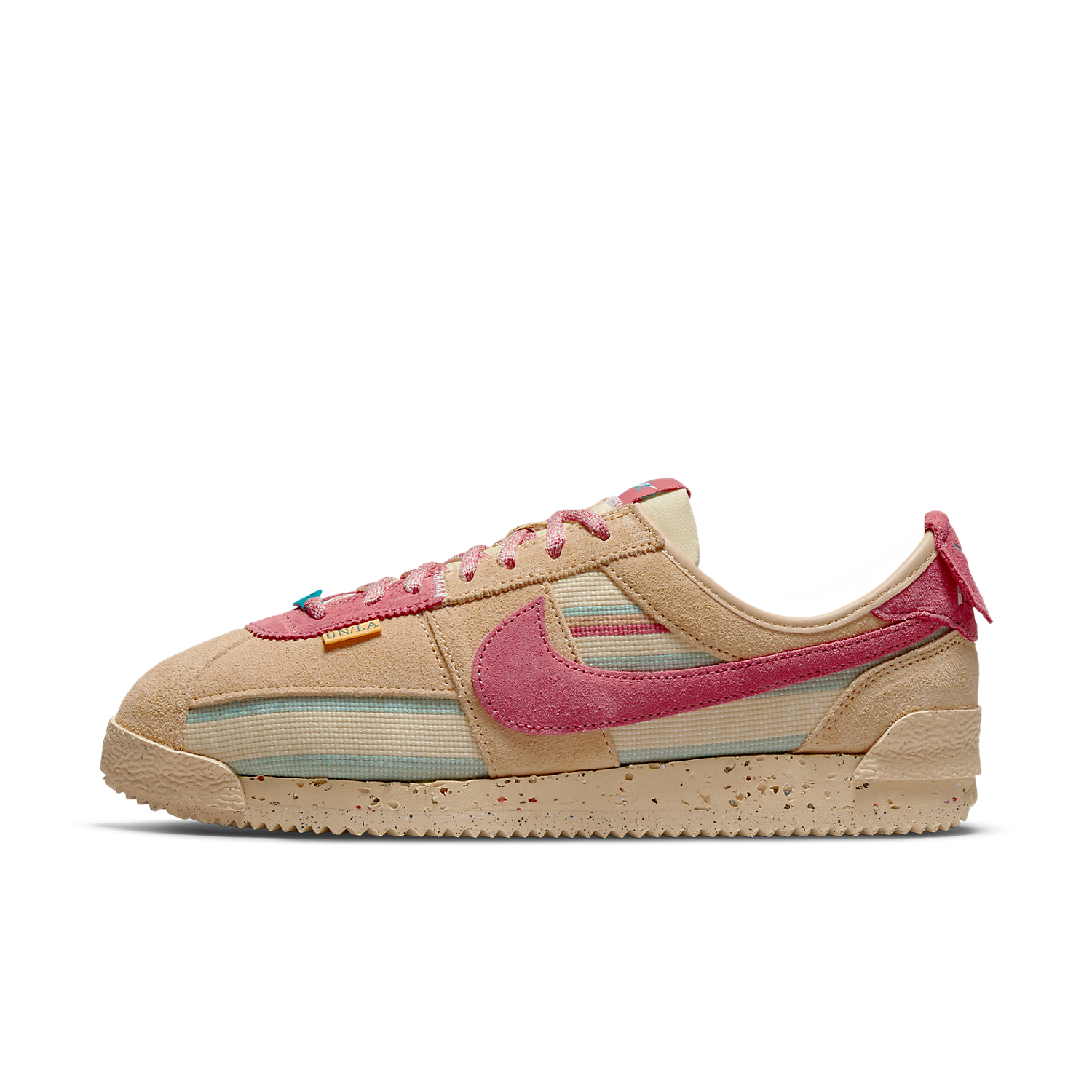 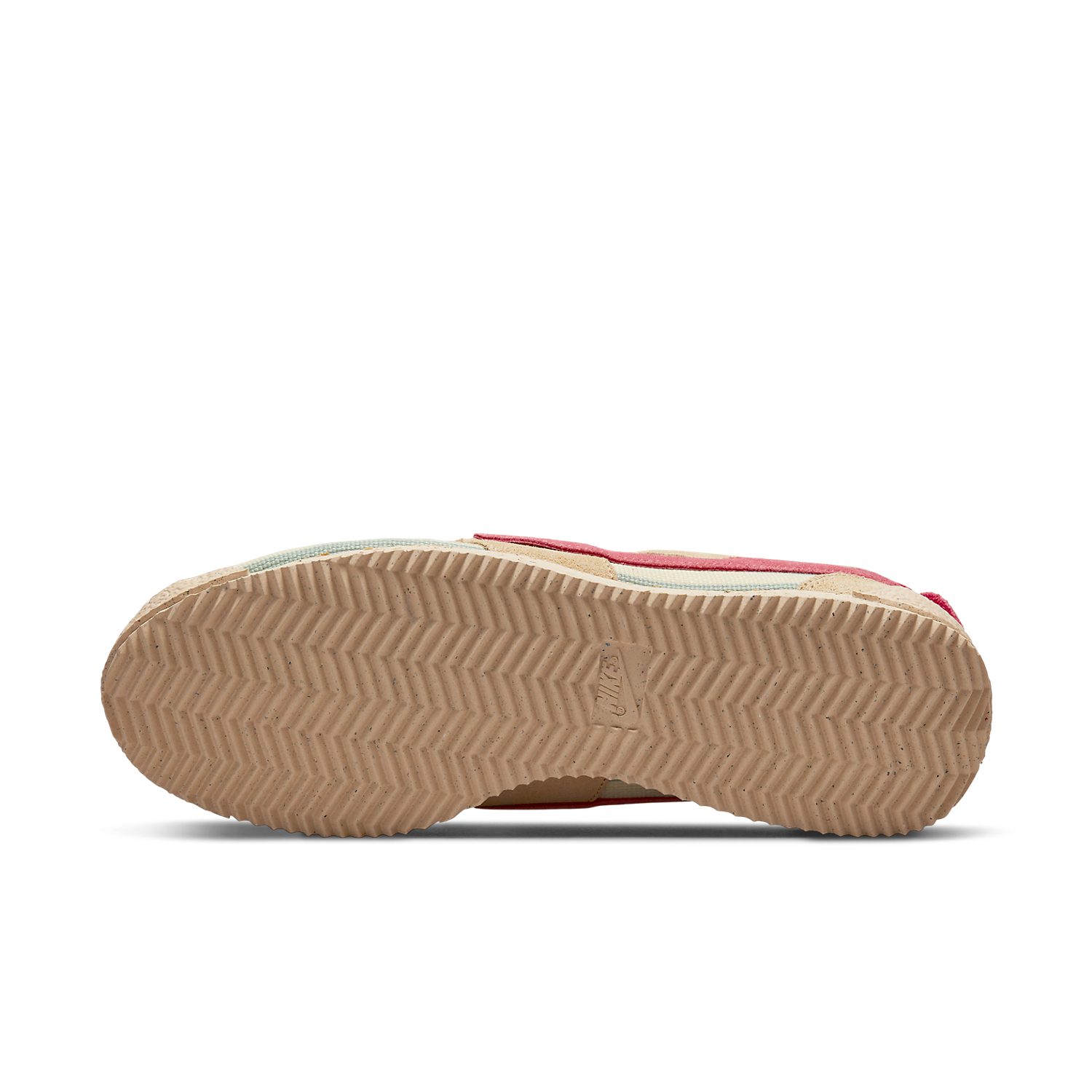 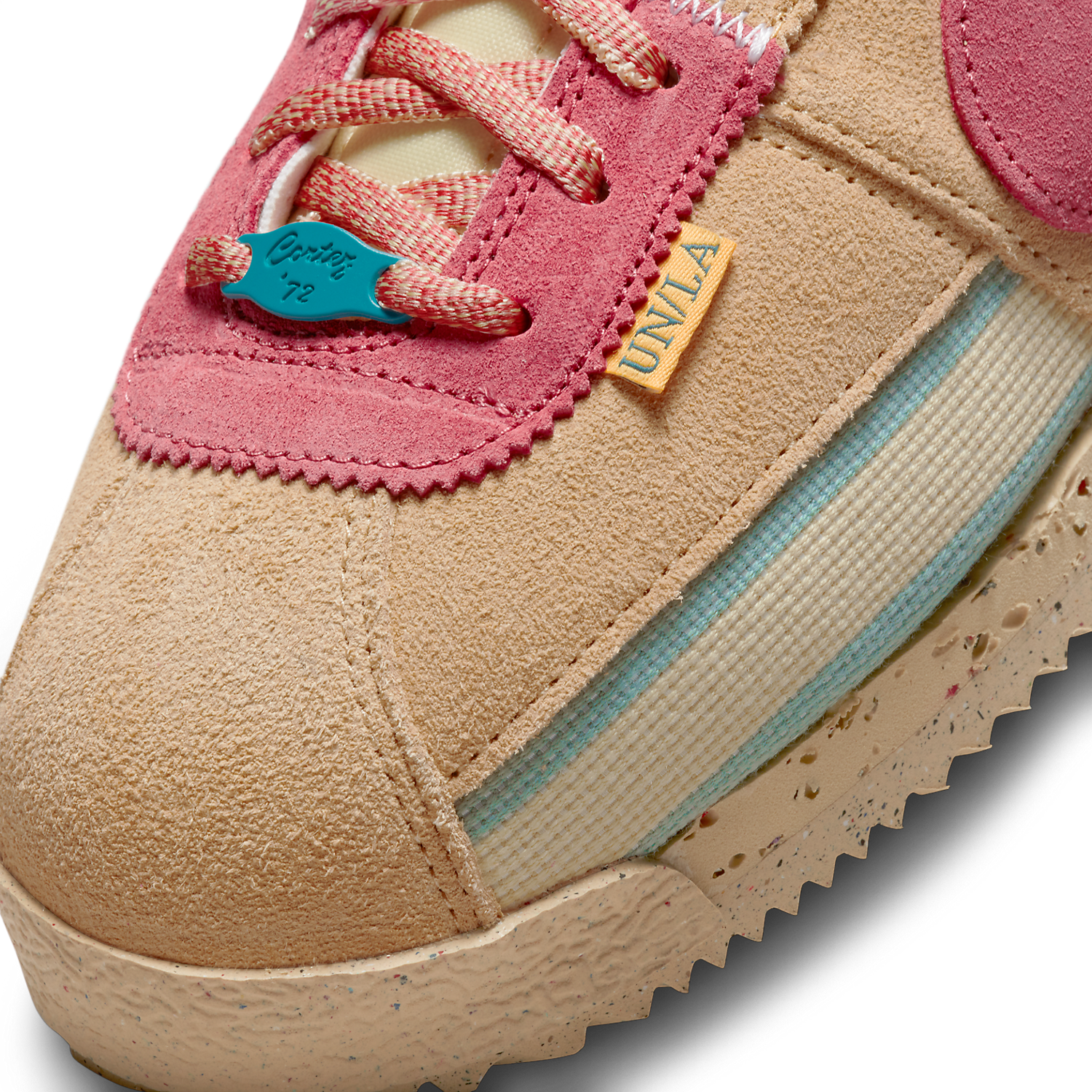 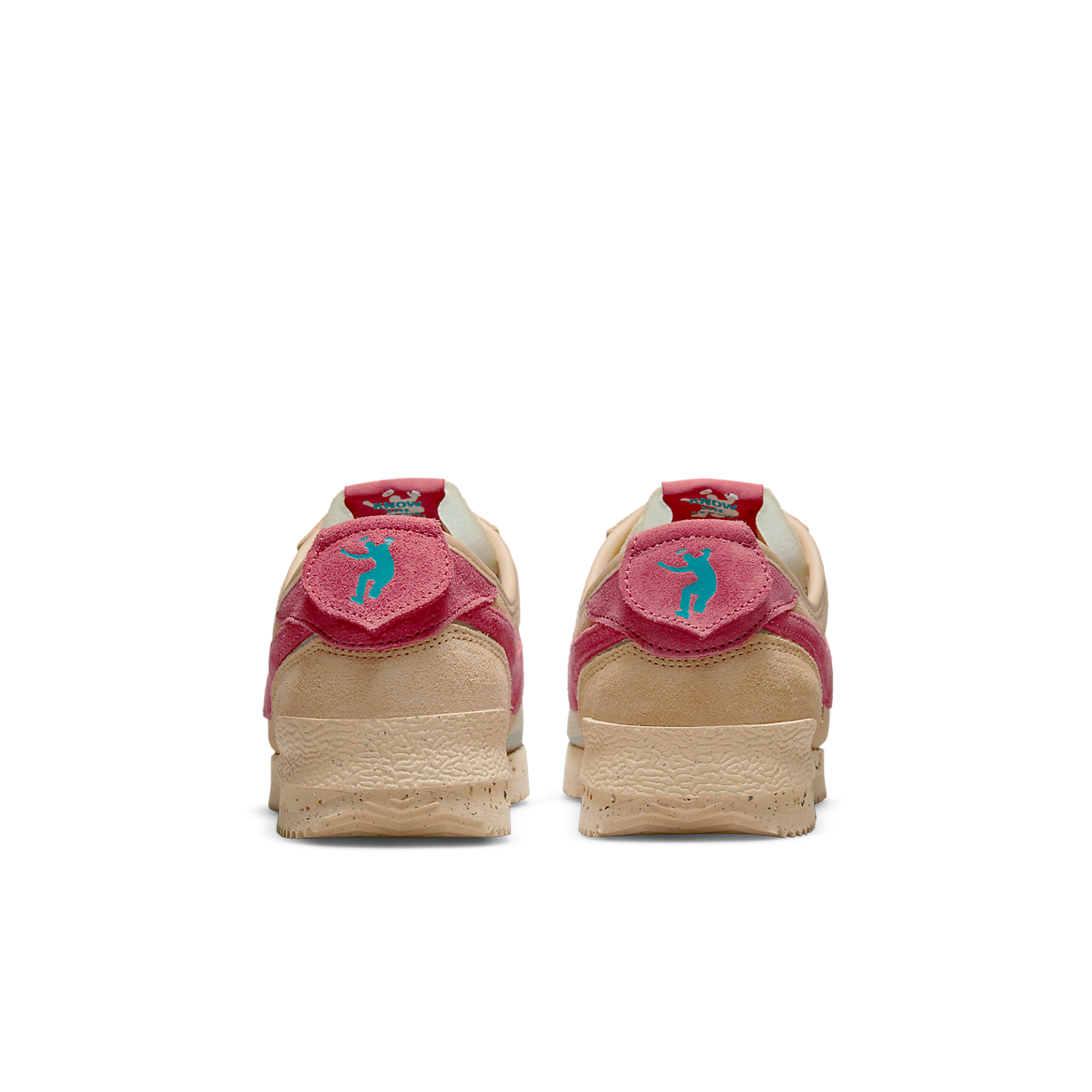 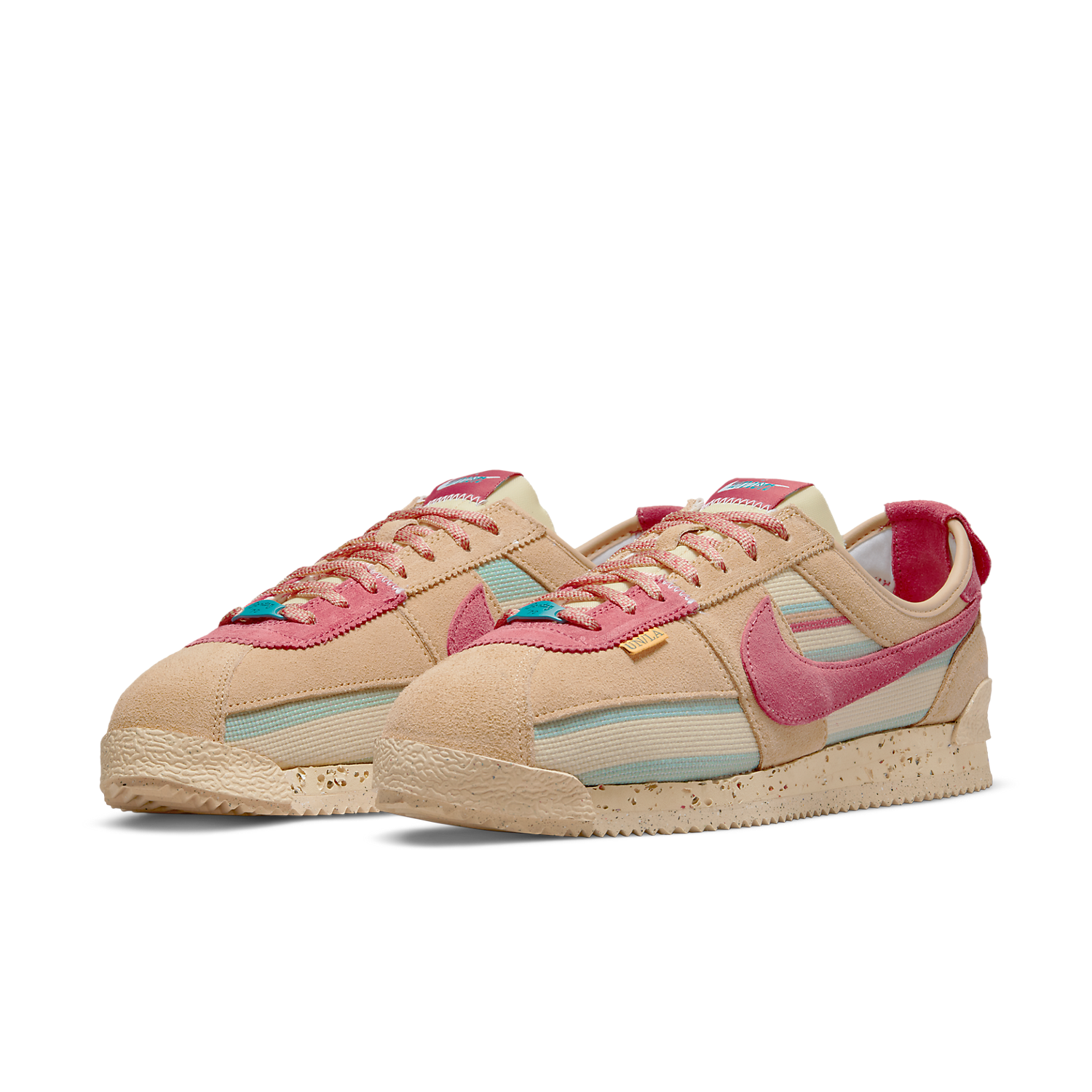 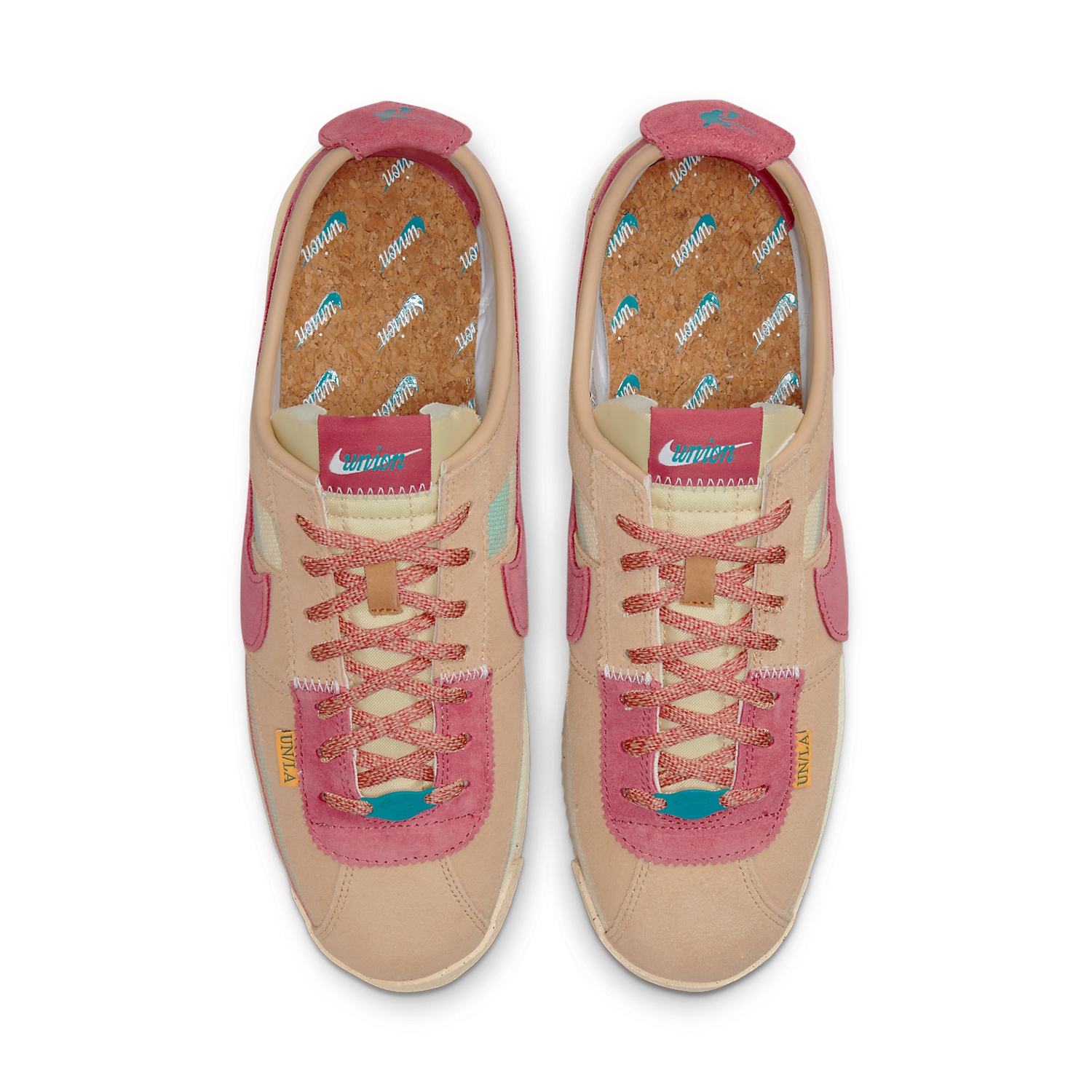 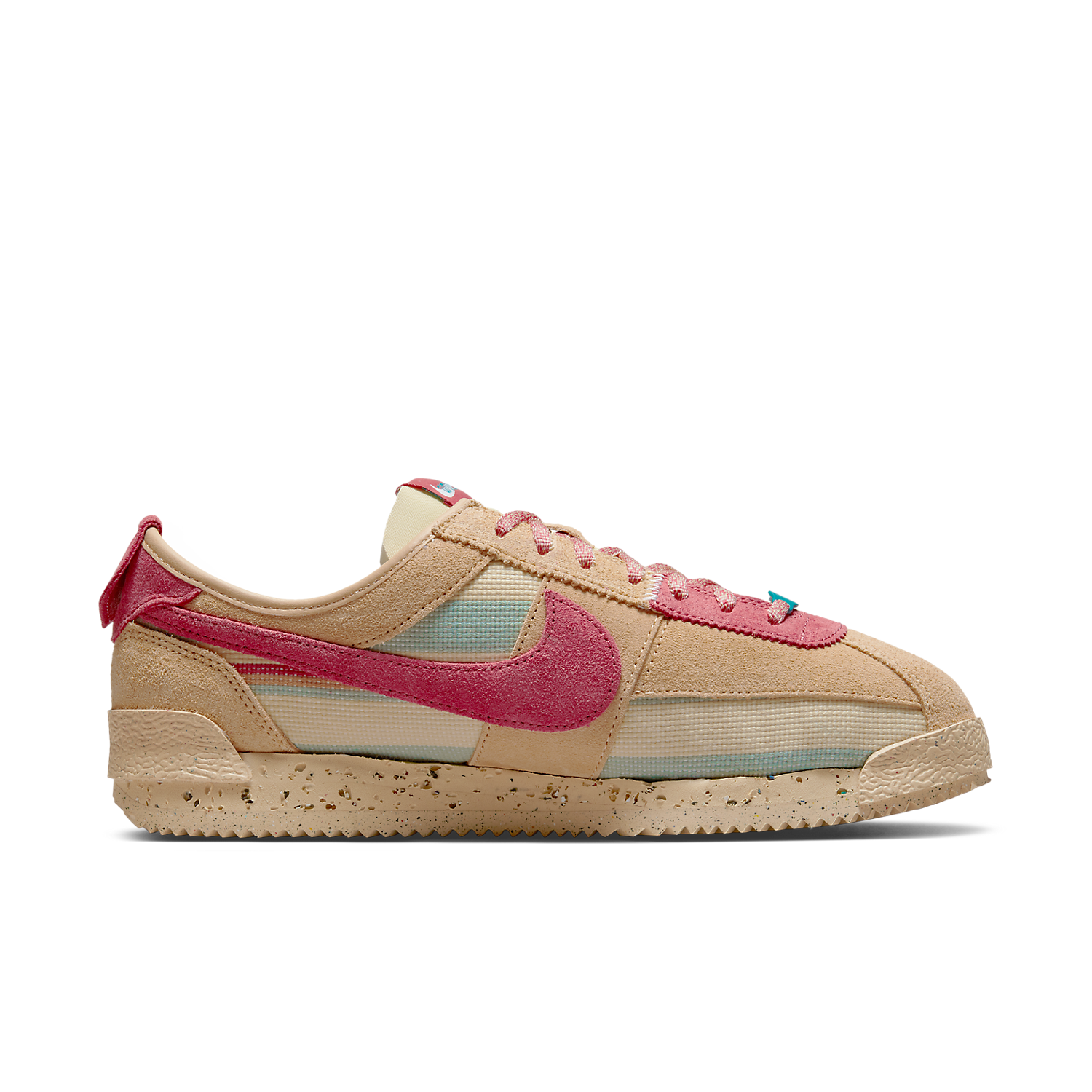