Patta x Nike 'The Wave' collection will be released soon 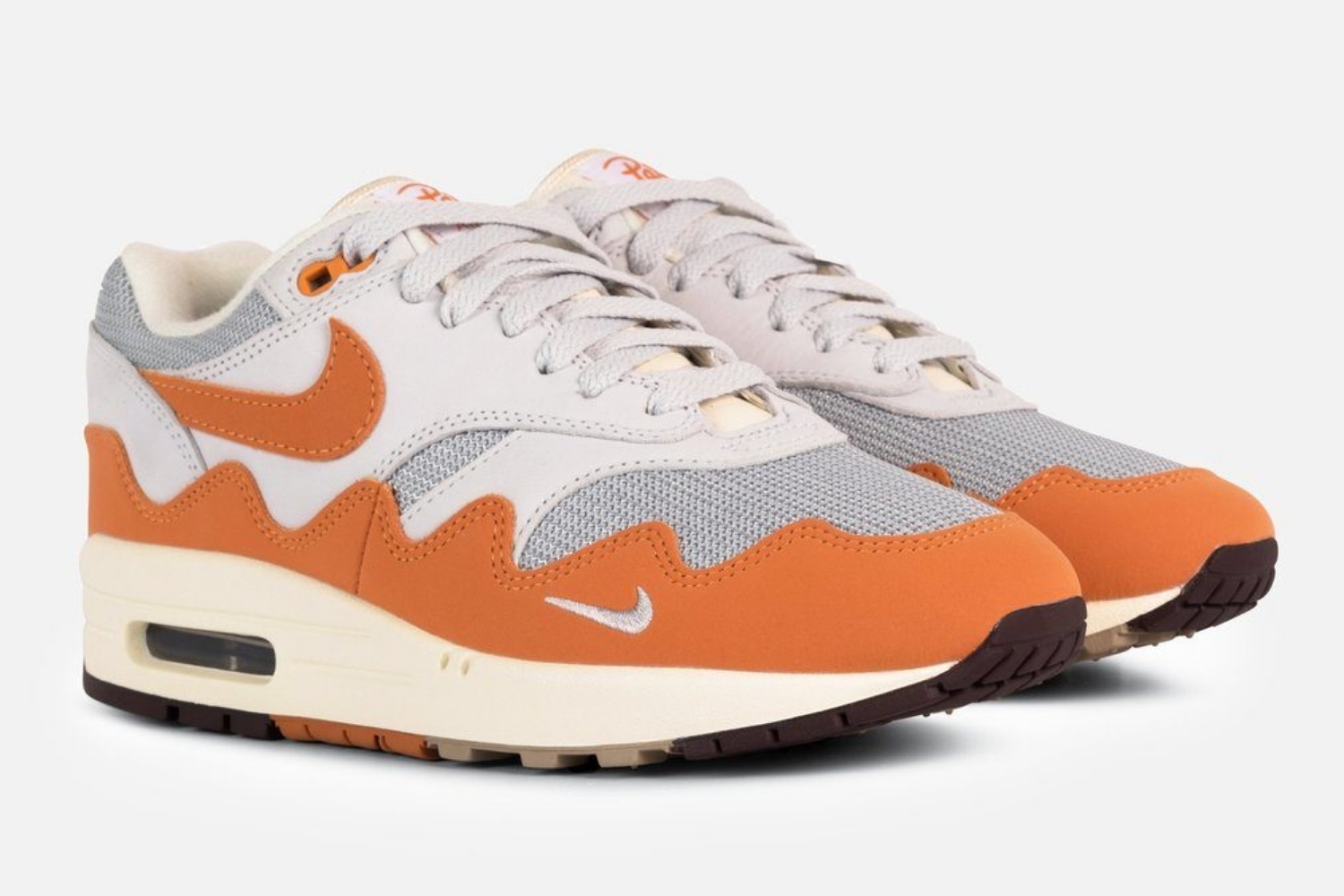 Nike and Patta have started another collaboration under the name 'The Wave'. Besides releasing a sneaker, the two names now also come up with some clothing items. The brands have worked together before and have released several Air Max 1 models in recent years.

In 2009 Patta celebrated its 5th anniversary with five Nike Air Max 1 models. This 5th Anniversary pack started with the 'Chlorophyll' and was followed by the 'Purple Denim', '5th Anniv' and the 'Lucky Green'. Piet Parra also collaborated on the last design of the pack, the 'Cherrywood'.

The collaboration of Patta and Nike has been named 'The Wave'. Under this name, the names have not only designed a sneaker, but they have also made a short film together. The first teaser was posted on Patta's Instagram account September 11, 2021. The film is divided into chapters and the first part was posted October 4, 2021. Also, each chapter comes with its own colorway.

The film series "The Wave" is about choosing your own path. With this series, Patta wants to inspire people to choose their own 'wave', and in this, the themes of 'freedom' and 'creativity' are central. The series embraces different cultures, styles and music.

The concept of 'The Wave' refers to the cultural and social impact Patta has had on the garment industry and community. The series was created by filmmaker Mahaneela in collaboration with acclaimed director Steve McQueen. In addition, the series was produced by McQueen's production house 'Lammas Park'.

Patta has had a great impact on streetwear culture over the past 17 years, and seeks to empower youth culture. For example, the Amsterdam-based company founded the 'Patta Running Team' and in 2020 'Patta Foundation' was established. The Nike collaboration is the next chapter.

"The Wave films and sneaker embellishment are thematic references to the cultural shifts and enduring influence that Patta has had on its greater community and industry. As a black-owned, independent business based in Amsterdam for over 17 years, Patta has not only developed a following for its influence in street- and sportswear, but in seizing an opportunity to create spaces and empower young people through the Patta Running Team.

Most recently, the Patta Foundation was founded to foster youth cultural education and aspiring entrepreneurs. It is through this spirit and union of purpose and product that the Patta x Nike relationship has evolved, and a new chapter is borne."

The first images of 'The Wave' collaboration appeared in July 2021. Two months later, the Air Max 1 pair was shown to the general public for the first time during the 'Sneakerness' event. For example, Edson Sabajo, one of the founders of Patta, wore the 'Monarch' to the event and everyone got a glimpse of the new model.

In the 'The Wave' collection, the colour orange is used a lot. Like on the Patta x Nike Air Max 1 'Monarch'. What's most remarkable about this sneaker is the wavy mudguard. The mudguard runs from the toe to the heel and is orange. The swoosh and details on the heel and tongue share the same orange colour. The upper of the sneaker is made of mesh and the suede overlays have been given a 'Pure Platinum' colour.

The Wave One Collection

Besides the Air Max 1 model, Patta also comes up with several clothing items. The 'Wave One' clothing collection consists of a tracksuit, two t-shirts and a pair of socks. In the 'Wave One' collection the orange colour is used again. Also on the tracksuit.

The two shirts have been given the same colorway. The text 'Lobi Libi' is printed on the back. This is Surinamese for 'love life'. Next to the quote, a palm tree is printed. The shirts are available in black and orange. On the front of the design, the 'Patta' logo is printed on the chest. On the black shirt this is orange and on the white variant the logo is orange.

The socks are the latest addition to this collection. The black socks have the 'Patta' logo in white on the sides. Above and below the logo, a total of four coloured stripes can be seen.

The Patta x Nike Air Max 1 'Monarch' will be released on 8 October 2021, as well as the items from the 'Wave One' collection. Keep an eye on our release calendar and don't miss a release like this. Also don't forget to follow us on Instagram, Twitter and Facebook to keep up to date with the latest news.