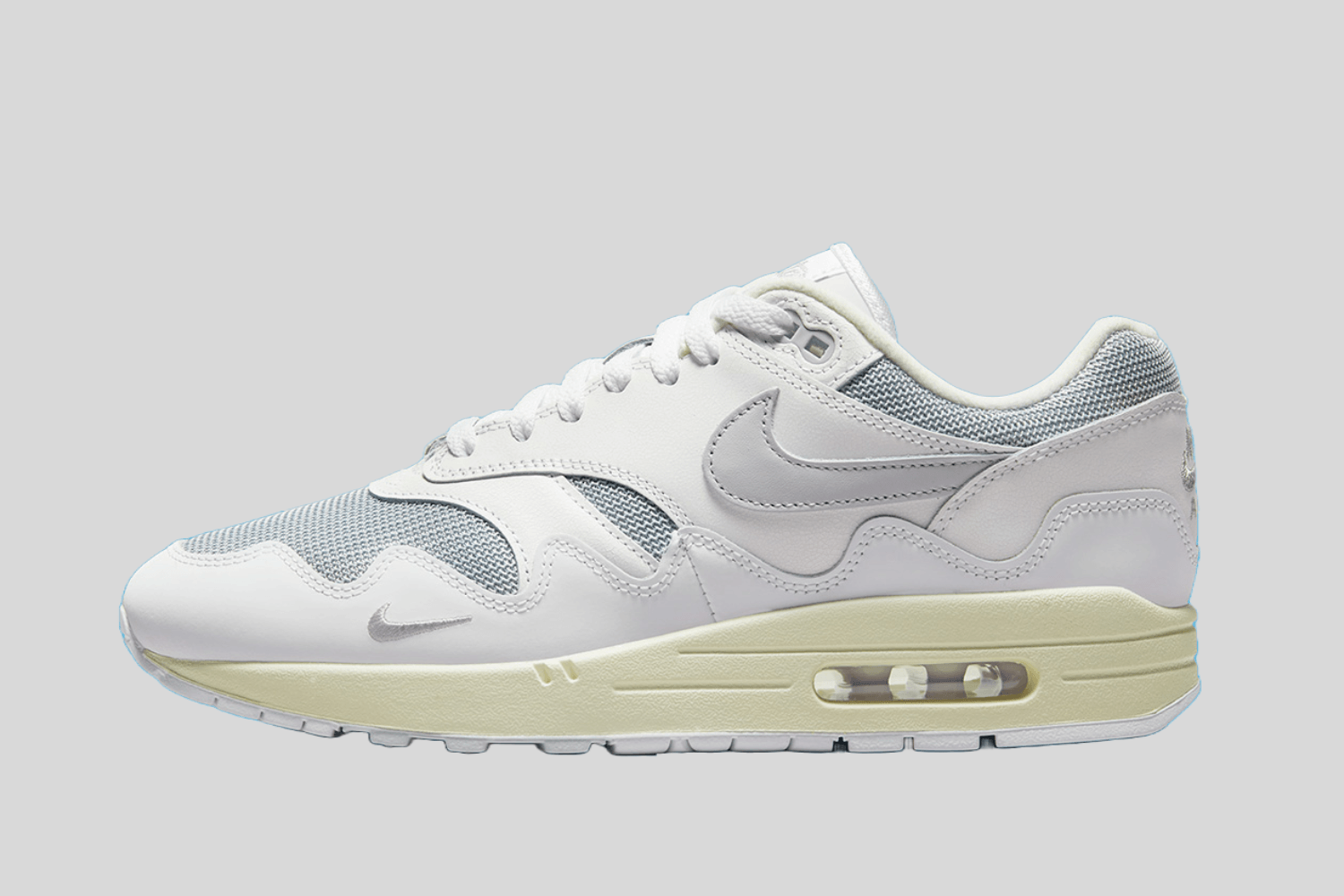 The Patta x Nike Air Max 1 The Wave collab is getting a new colorway. The first images of the 'White' colorway were spotted in late June 2022 and now, about a week and a half later, Nike is showing the official images. The sneaker does not have an official release date yet. However, we can expect this colorway in 2022.

Patta and Nike came together in 2021 and released four colorways of the Air Max 1 under the name 'The Wave'. On October 8, 2021, the first colorway, the 'Monarch', was released. This pair was followed by the popular designs 'Noise Aqua', 'Rush Maroon' and 'Black'.

All four colorways had a wavy mudguard. This hints at the name "The Wave. Now, some six months after the initial release of the Patta x Nike AM1, the popular sneaker gets a 'White' colorway. This sneaker also features a wavy mudguard. The upper has a light grey colour and overlays have been given a white colour and are made of leather. The Swoosh colours light grey again and a mini Swoosh is placed on the nose, which also is held in grey. The midsole colours off-white and gives the sneaker a retro look.

The Air Max 1 model celebrates its 35th anniversary in 2022 so an additional colorway of one of the most well-known collaboration, sounds like a logical step.

The Patta x Nike Air Max 1 'White' does not yet have an official release date. However, we can expect to see this pair at Nike in the summer of 2022. Check out the official images below and keep an eye on our release calendar to stay up-to-date. 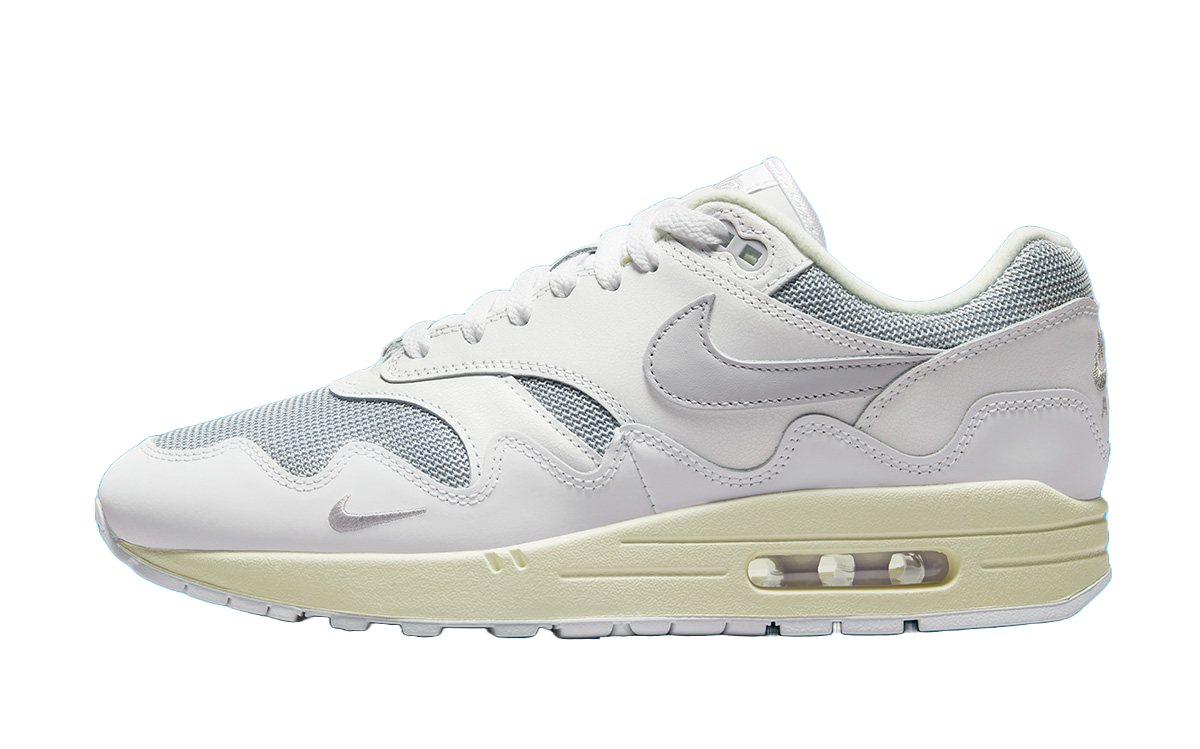 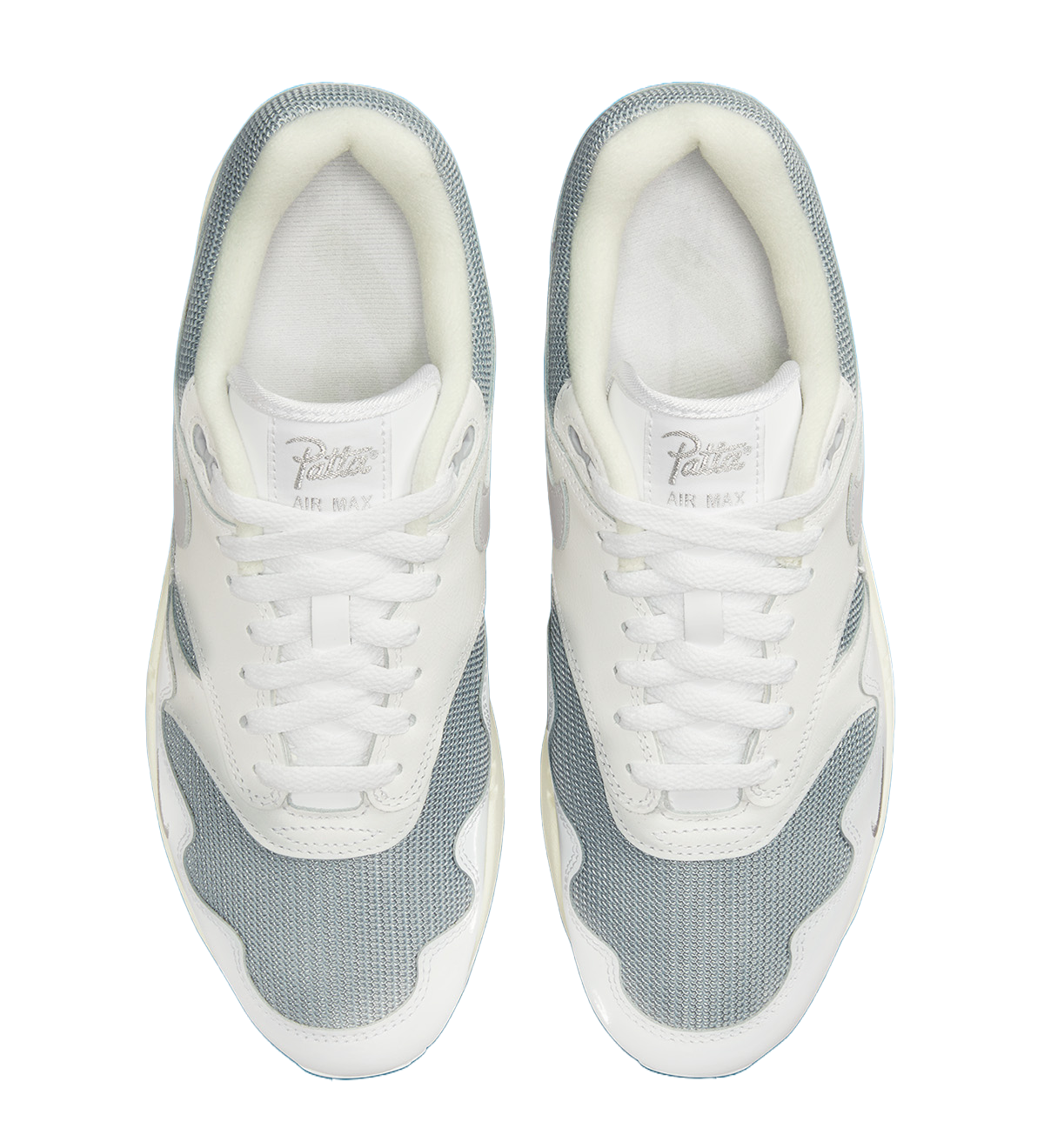 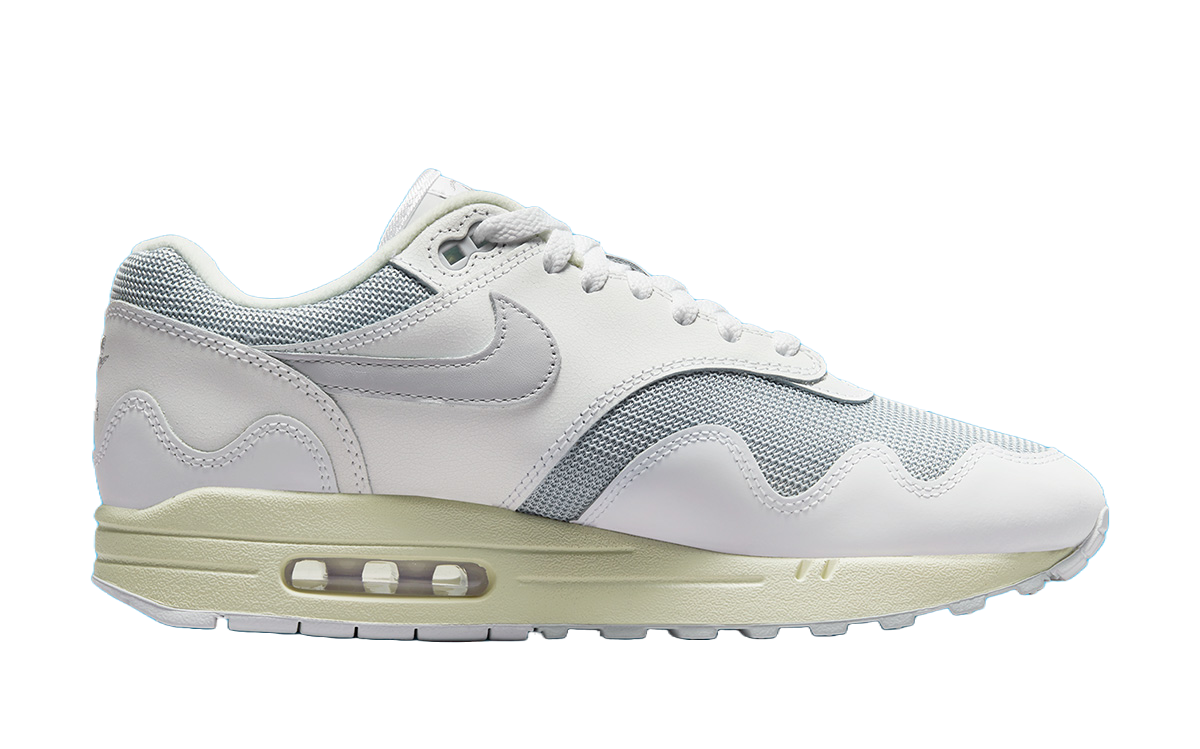 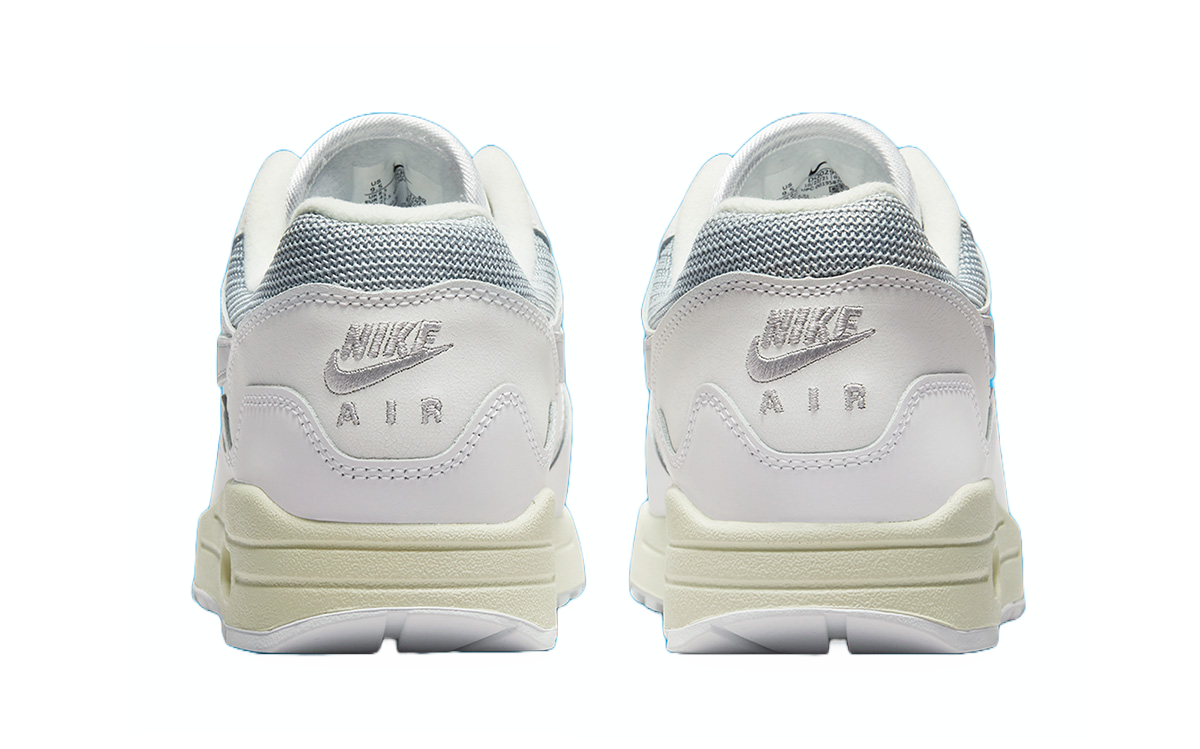 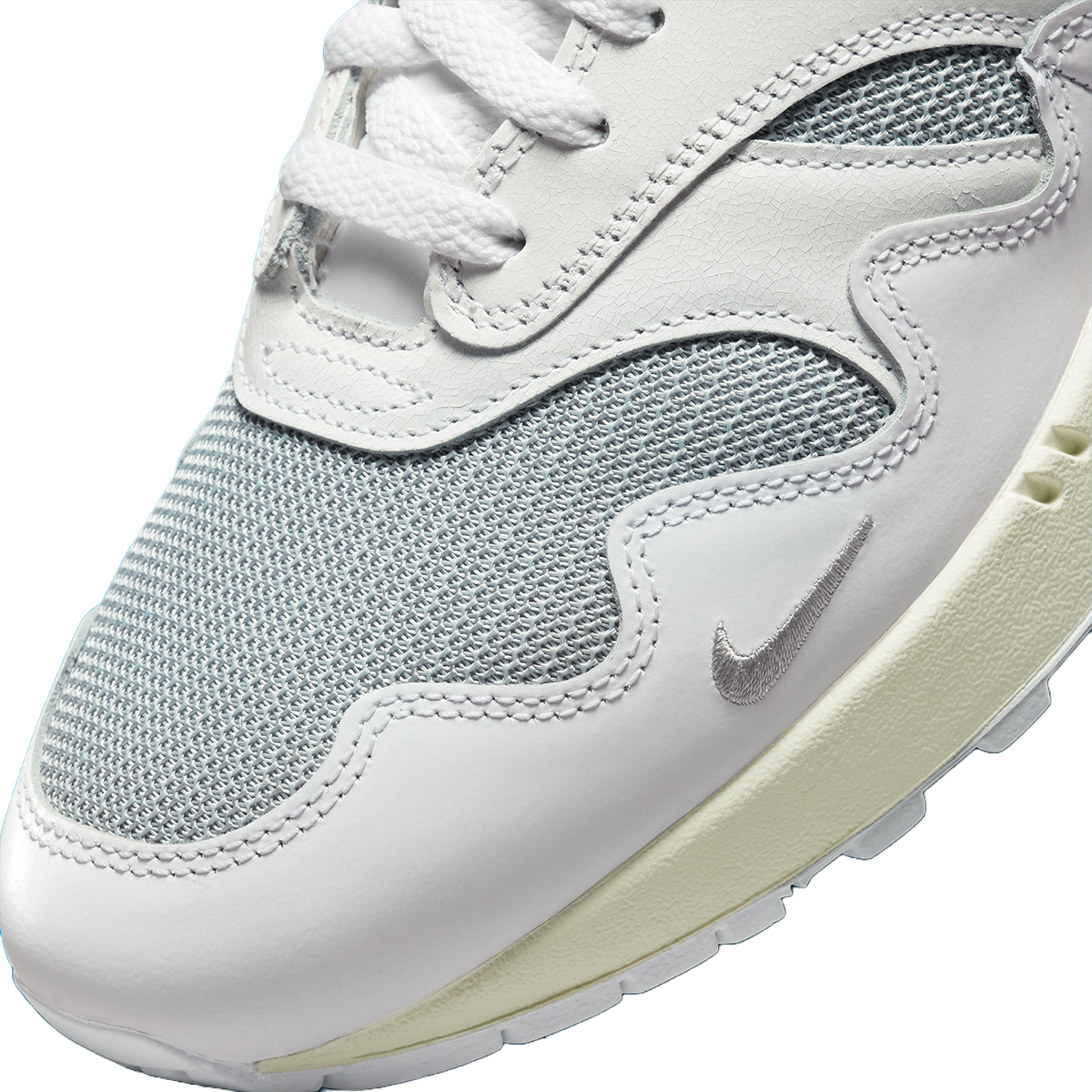 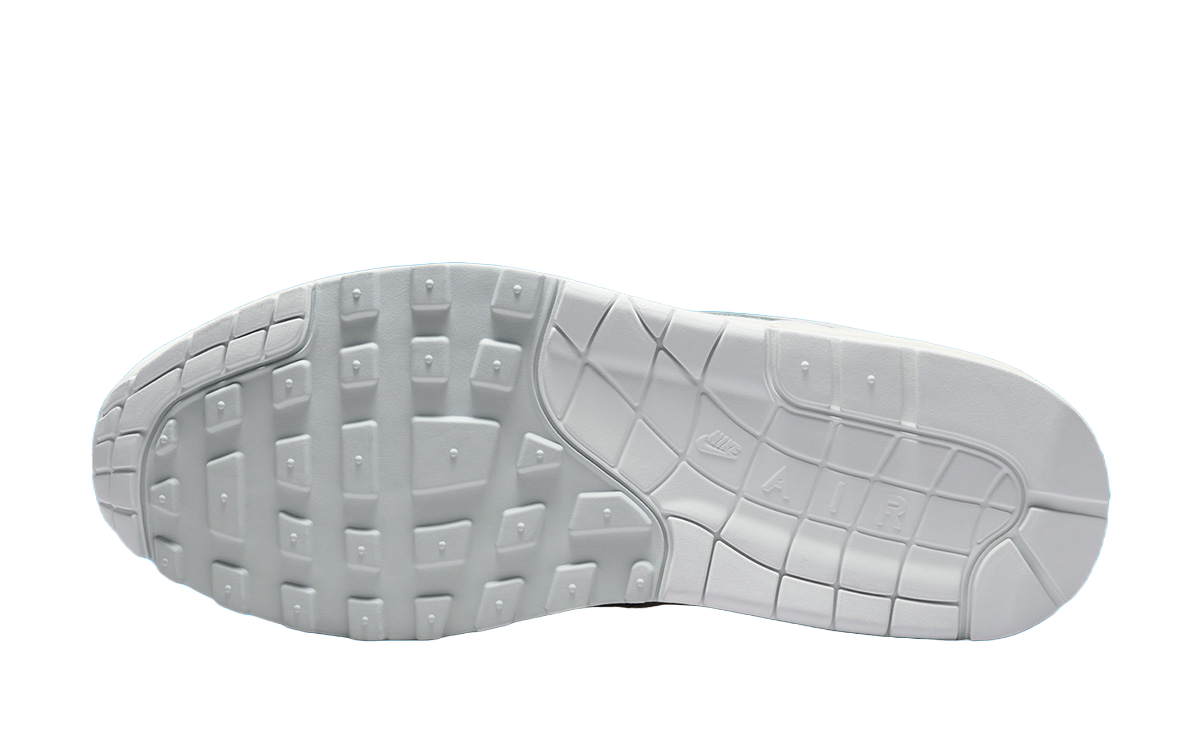