Palace Skateboards x Crocs come up with a new collab 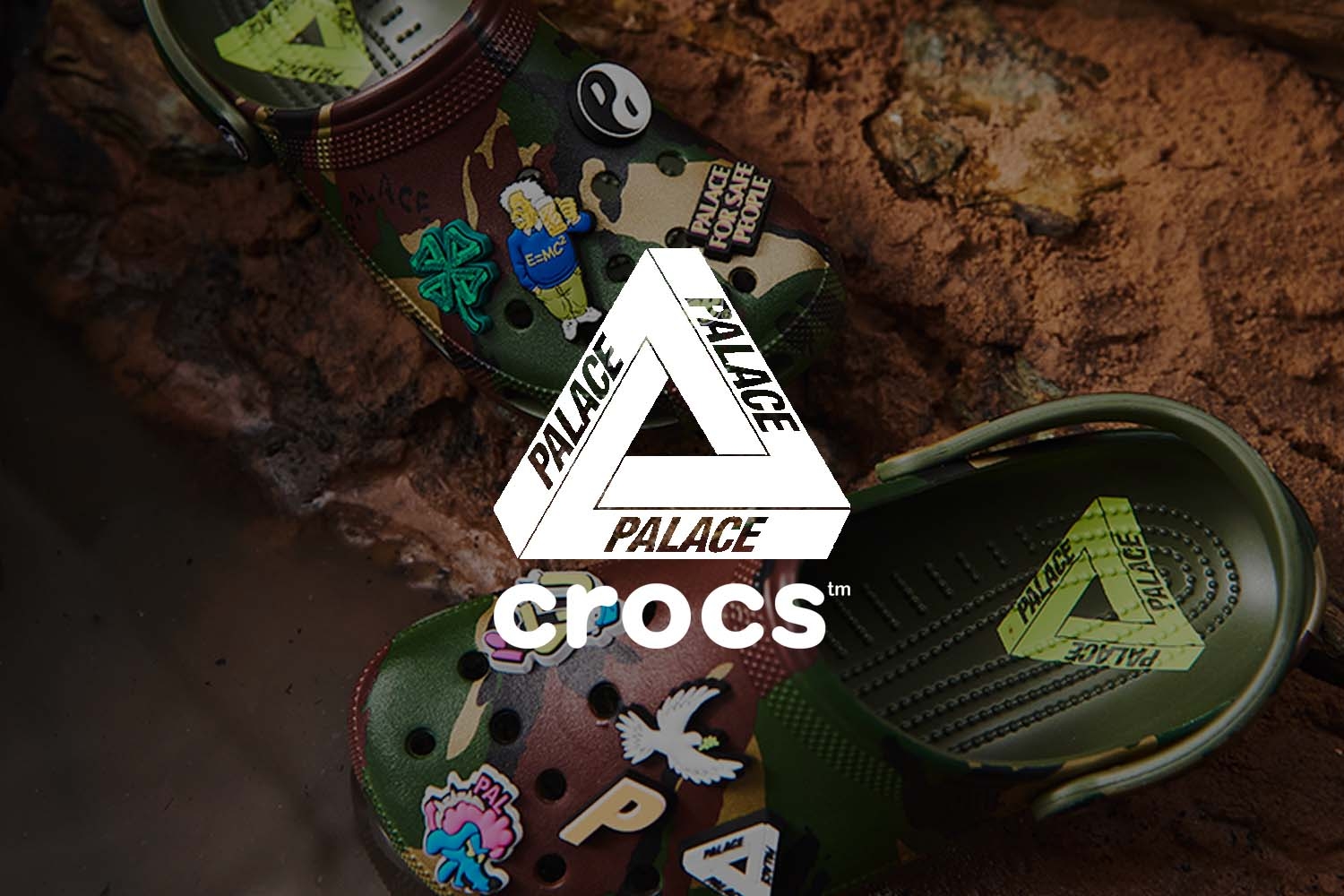 It's not the first time the two have collaborated, as Palace x Crocs also released a collab in the summer of 2021. Now the two are back in winter 2021 to transform the classic Croc Clog silhouette into a camouflage makeover.

As mentioned above, this is not the first time Palace and Crocs have joined forces. Back then, the collab appeared in the summer of 2021. For this collaboration, the Clog silhouette was also used. Back then, the Clog was also incorporated in a camouflage print, but in desert-like shades.

The clog that is now dropping also features camouflage print, but in green shades. In addition, Palace has created custom jibbitz that can be placed on the clog. These include characteristic Palace logos, a four-leaf clover or the text 'Palace for Safe People'.

Wondering when this upcoming Palace x Crocs collaboration will drop? Friday 31 December 2021 at 12:00 noon the collab will be released via palaceskateboards.com. 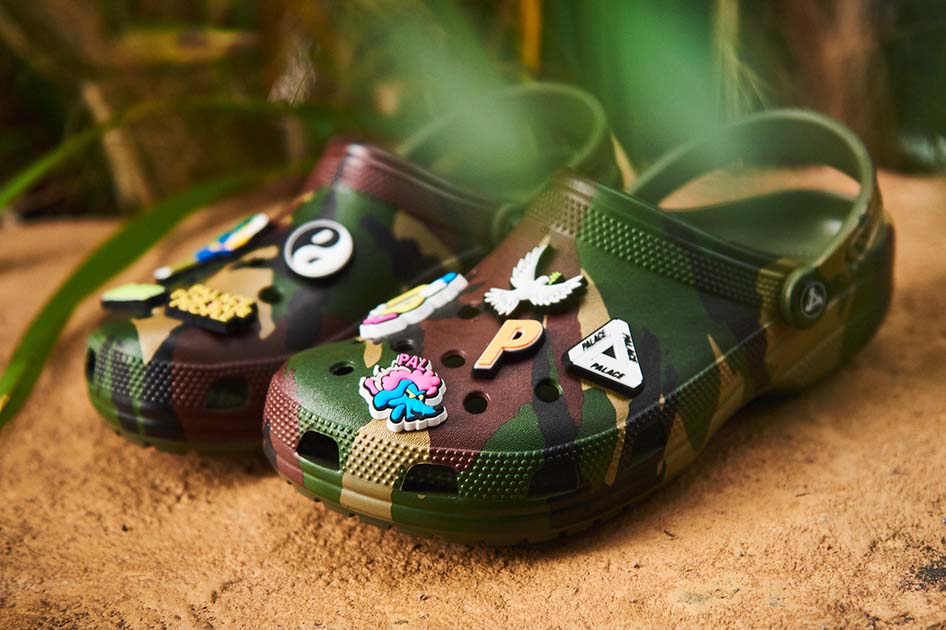 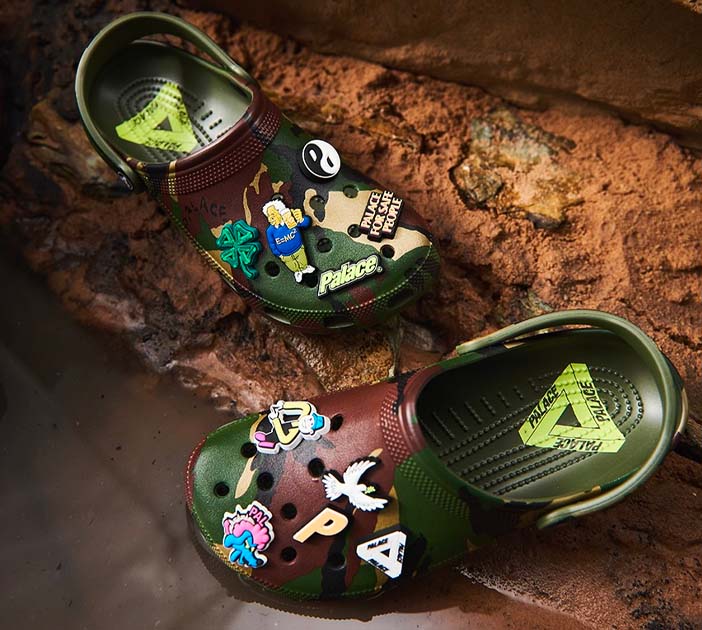